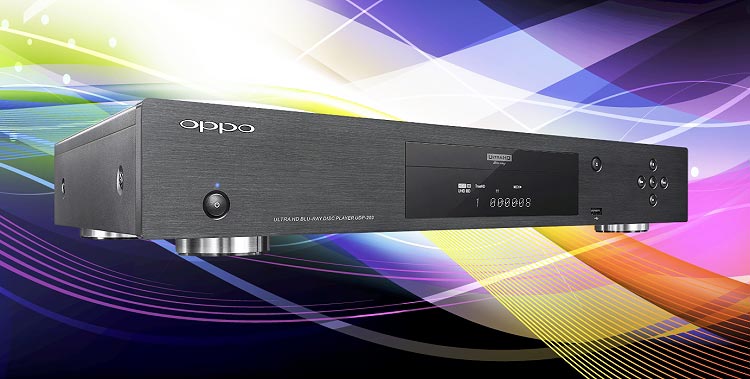 So, it pretty much plays everything.

I tested the audio performance, and it sounds great. For the listening tests, I used my collection of CDs, DVD-Audio discs, and SACDs.

I don’t have a 4K display yet, but it played my HD 1080p movies nicely. For my 4K TV, I am waiting for OLED technology to mature, and specifically, I want to get an 84″ 4K OLED Ultra-HDTV. I will hang it behind the projection screen that I use with my Sony 1080p projector. The projection screen rolls up into the ceiling when I am not using it.

Chris Eberle will be performing the 4K video bench tests, and he has a 4K display to see how well the UDP-203 performs with 4K movies. His full review will be published soon. The rest of my audio bench test results will be in that review as well. Two of the spectra are included here in this preview. 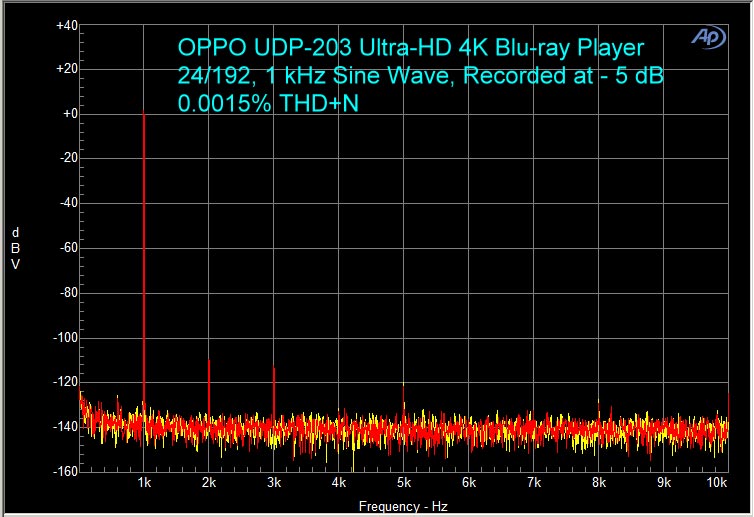 I highly recommend this player for those early adopters who have an Ultra-HD 4K display, but also to those consumers who don’t have a player for high resolution music. You can connect a USB 3.0 hard drive to one of the two USB 3.0 ports on the rear panel and play high resolution, as well as standard Redbook 16/44.1 music files, stored on the USB hard drive, by selecting them from an OPPO Media Center app that resides on your smart phone or tablet, going through your wireless home network. You can also connect two hard drives if you wish, one to each of the two USB 3.0 ports, and the Media Center app will show them both, so if you have several terabytes of music, this option is available to you. The OPPO Media Center app for the UDP-203 will be available in a month or so. 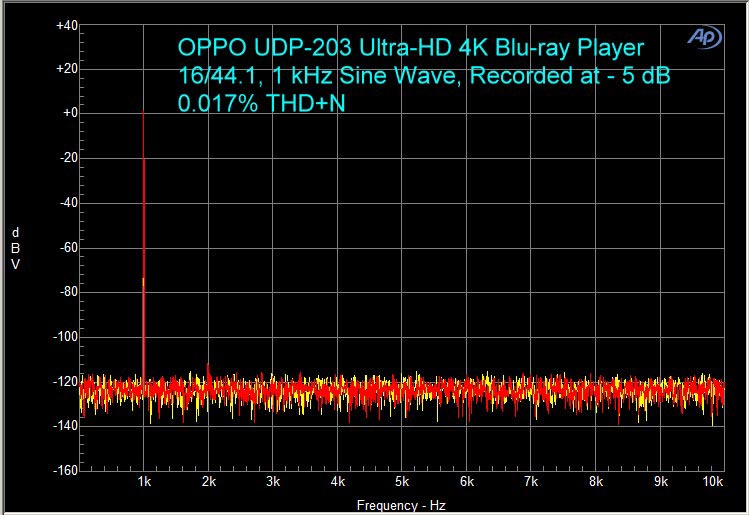