As physical media is slowly replaced by streamed content, it’s important to understand just how you’ll get the very best video source material to that shiny new display. Whether it’s a television or a projector, you’ll need some way to feed it. In the past we had scores of DVD players to choose from but now Blu-ray is the gold standard when you’re talking about shiny discs. And Ultra HD Blu-ray is just starting to appear on the market and with it, expanded color gamuts like Rec.2020 and extended contrast from HDR encoding.

Audio formats are equally important. Dolby Atmos, DTS:X and Auro 3D represent the latest technology that seeks to make movie sound more realistic and enveloping. Knowing how to get the most from them is a key factor in our reviews of players, AV receivers and surround processors.

For those looking to stream their content, we include coverage of media servers and streaming devices. A wealth of content can be found on the Internet and no technology has been left out here. HDR, Ultra HD and advanced audio codecs are just as prevalent as they are on Blu-ray disc.

Once you’ve decided on a new display, be it television or projector, we can show you the best sources to use for your ultimate home theater experience. 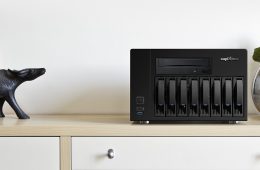 We’re home theater enthusiasts, and most of us have large collections of movies on DVD, Blu-ray and 4K UHD discs. We buy them; we play them; we store them. 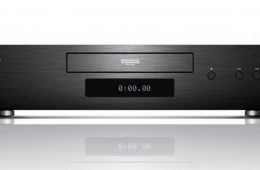 Value Electronics, of Scarsdale, New York, supplied the review units. This is where I purchase my mass-market consumer electronics because of the great...

Today, I’ll be checking out a new high-end Ultra HD Blu-ray Player from Panasonic, the DP-UB9000. Built with premium components, it delivers reference quality video and sound to any home theater or media room. 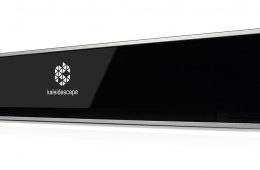 For those tired of shuffling shiny discs, Kaleidescape offers the Strato Movie Player. Delivering Ultra HD output with HDR and extended color, along with Dolby Atmos and DTS:X sound formats, it represents a truly addictive way to enjoy your movie collection. 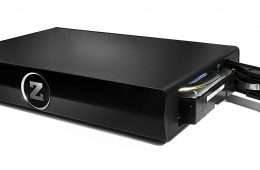 The Zappiti One 4K HDR media player is an innovative and feature-complete movie playback solution for the home. Think of the Zappiti One similar to a Sonos audio system but for video, with the ability to add devices in other rooms to view your videos... 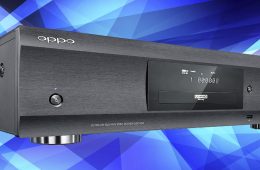 The image quality of UltraHD Blu-ray continues to meet and exceed expectations with every new disc release. Building upon the success of their UDP-203 UHD Blu-ray disc player, OPPO has introduced the UDP-205. Ultra HiDef videophiles can now enjoy the audiophile experience with this... 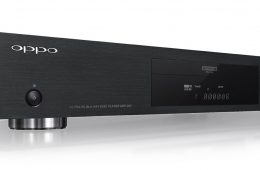 You know a format has arrived when Oppo makes a player for it. Today I’m looking at the all-new UDP-203 Ultra HD Blu-ray Player. UHD Blu-ray discs offer an exceptional visual improvement over HD Blu-ray and look significantly better than 4K streaming. New content continues to flow from the studios bringing the ultimate audio and video experience into the home. 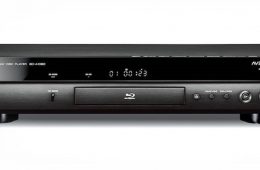 Yamaha has long been known for attention to sonic detail in the products they design and produce. The BD-A1060 continues that heritage with a video player that might delight the most ardent audiophile. 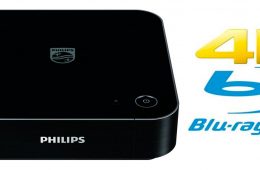 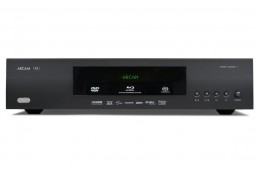 If you're looking for a high-end audio player that happens to play DVDs and Blu-rays, British boutique manufacturer Arcam has a new component for consideration, the UDP411 Universal Blu-ray Player. With premium Burr-Brown DACs and a balanced analog output, it might just be the ideal complement to an audiophile-grade system. 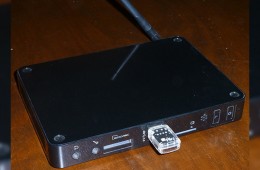 Chris Eberle's most recent Technical Media Server review, he explained many of the options available today for media servers, streamers, and NAS systems, including the option to build your own "home-brew" media server. In the current article I'm going to go into the details of one such system – mine! In addition to being a full-blown media server, this system is also my HD-DVR, and it is pretty easy to set up and operate. Moreover, this system allows me to record most high definition shows from my cable subscription totally DRM-free. I've done all this without a single piece of hardware from my cable provider. Want to learn how I did it? Read on! 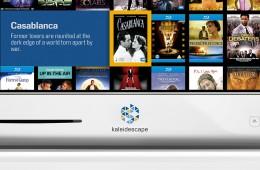 I am probably in the minority now. I am still a dinosaur that watches almost all of their movies off of physical discs instead of streaming, downloads, or Pay-Per-View. I do watch plenty of streaming content, as it is convenient, but I can't bring myself to pay for an inferior quality product that I download compared to buying a disc at the store. Now after spending a month with the Kaleidescape Cinema One Media Server, I can see a future, one that is very close, where I won't buy a disc again. I see a reality where convenience and quality are not mutually exclusive. What does the Kaleidescape do that has managed to change my mind about this? A lot. 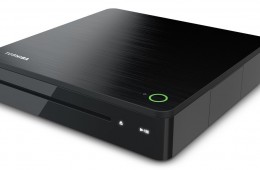 I've reviewed a lot of Blu-ray players now and don't often get surprised. So when I took the Toshiba BDX6400 out of its shipping box I was a bit taken aback. I knew it was coming, but I expected a standard size black box. Instead I found a tiny little player that's even smaller than a Nintendo Wii. The tiny size made me instantly attracted to the BDX6400. Blu-ray players can only output HD content over HDMI now, so there really is no reason every player is a large box. A smaller unit like the Toshiba BDX6400 still has every connection you likely need, but is easier to store away. So just how much does this little player manage to pack inside? 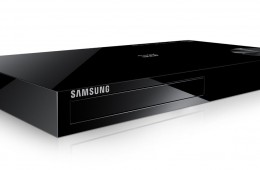 Samsung made a big show of their updated Smart Hub interface at CES this year. For many people the important distinction between Blu-ray players now is the quality and variety of streaming content available and not the disc playback itself. The last player I tested from them had some very innovative search features at that time, though sometimes the results weren't fully accurate which reduced the usefulness. As that was close to two years ago, Samsung has had plenty of time to remedy the issue. With the heavy push towards streaming, and Samsung putting a lot of emphasis there on this new player, I was very hopeful for a nice online experience as I opened up the BD-F5900. 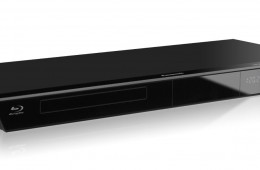 Last time I looked at a Blu-ray player from Panasonic it was their DMP-BDT210 model. It had almost everything I wanted in a Blu-ray player: perfect image performance, fast loading times, and a good deal of streaming content. I liked it enough that I bought one for the bedroom, where it was used happily until it was gifted to the in-laws, and allows them to watch movies and streaming content in their motorhome. It also got our award for Best Blu-ray Value Player that year, which it richly deserved. Because of the success of that model, I looked forward to seeing if the DMP-BDT230 maintained that excellence, and simply added a few tweaks to the formula as more streaming content became available. The only way to know was to put it through its paces.