Speakers, or Loudspeakers, are a most influential component of an audio system. Regardless of advances in digital signal processing and amplification, speakers will always be an inherently analogue, mechanical component. They have the potential to last not years but decades and as such a purchase decision carries more weight than that of other AV components. There is a tremendous array of speaker designs, including acoustic suspension, ported, band pass, transmission line to name but the most common. There is also diverse transducer technology. The vast majority of speakers will include a high frequency driver, called a tweeter, coupled with one or more low frequency drivers, called woofers. On more advanced models a mid-range driver may also be used. The signal sent to the speakers is divided by the crossover, a collection of electrical components which separates the high, middle, and low frequencies and sends them to the respective transducer.

Active (aka self-powered) speakers are speakers with their own integrated amplification. Active speakers have tremendous potential, when designed and executed properly, to achieve pinnacle performance for a variety of reasons. Superior results can be obtained with relatively lower amplification as compared to passive speakers because the power can be used more efficiently. The crossover will almost always come before amplification, feeding multiple amplifier channels, one for each driver within a single speaker (ie the tweeter and woofer each get their own amplifier). Further, because the speaker driver and amp characteristics are known, each can be optimized for the other (contrast this with conventional speakers where each must be designed to work well, but perhaps not ideally, with a myriad possible variations).

Most audiophiles wrongly assume that the amplification inside an active speaker couldn’t possibly be as good as giant, expensive, external boxes so active speakers don’t enjoy as much popularity in the consumer space as they should (subwoofers being the exception), but are by a wide margin the standard in professional mixing and monitoring setups.

Most active speakers will feature one or more line level inputs and at least an amplifier gain control. Better models will include contour controls and other sound tailoring features

Speakers may be designed for general use, or for more specific implementation such as a particular channel in a multi-channel audio system, or a specific frequency range such as a dedicated bass module, known as a sub-woofer.

Our focus when evaluating speakers is on accuracy, both in terms of frequency response and transient response. We use objective measurements when possible, including quasi-anechoic measurements and impedance sweeps, coupling that with subjective “real world” auditioning. 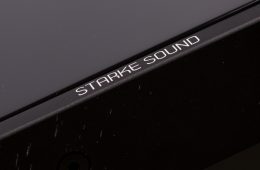 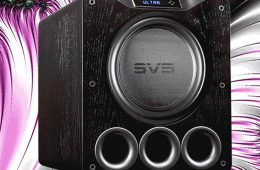 Subwoofers have always been a favorite component for me, as the sounds can be felt as well as heard. They add substantial impact... 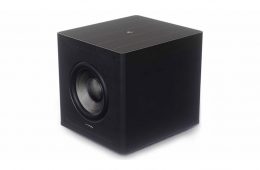 If you are tired of the typically boring “black box” subwoofer, Sonus faber has something for you. The “middle child” in Sonus faber’s new Gravis subwoofer lineup, the Gravis III, is a gorgeous, compact, and very musical subwoofer. 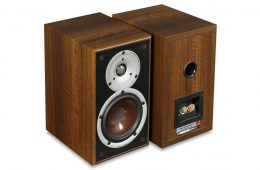 The DALI SPEKTOR 2 Bookshelf Loudspeaker is a fine example of an affordable loudspeaker that makes good music. Its design goals were to allow for a varie... 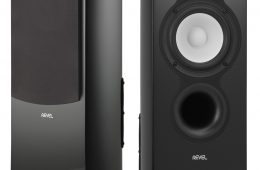 Reviewing the REVEL PerformaBe F226Be Floor-Standing Speakers was a total delight. The team at REVEL has really created a wonderful product... 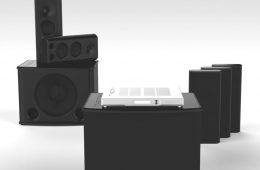 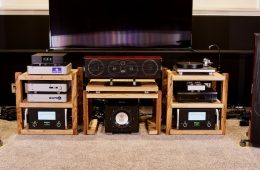 The Sonus faber Serafino Tradition loudspeakers are true to the definition of “reference-level gear”, and they are also some of the most stunning looking home audio equipment that one can buy! 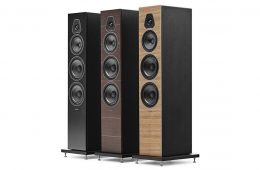 As the new flagship in Sonus faber’s least expensive line, the Lumina V Loudspeaker brings a big chunk of the design and performance of Sonus faber’s more c... 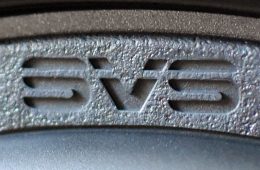 The SB-3000 subwoofer is one of the big brothers of the SB-1000 Pro subwoofer, which seriously impressed me in my recent review. 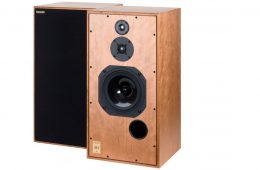 Harbeth continues its tradition of beautiful sound by delivering its SHL5plus XD speakers that are as attractive to the eyes as they are to the ears. 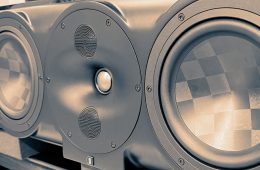 While Perlisten Audio may be a new name to most audio enthusiasts, they have come to market swinging with a unique and enviable array of loudspeakers and subwoofers. 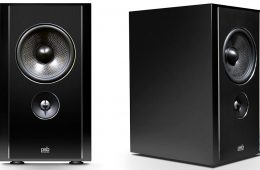 The all-new PSB Synchrony B600 Bookshelf Speaker looks poised to advance the state of the art in Canadian speaker design. Developed at the National Research... 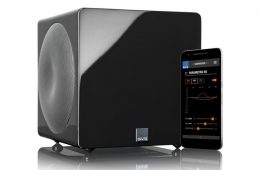 The SVS 3000 Micro subwoofer is the latest product from the Youngstown, Ohio company that has earned fame by manufacturing speakers and subs that are praised from every corner of the audiophile and home theater enthusiast markets. 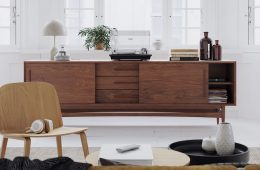 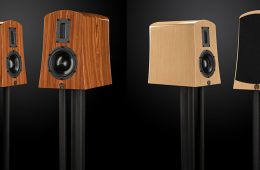 When you want a speaker that looks small but sounds big, Alta Audio’s Alyssa Compact Speakers might just fill the bill. With surprising...