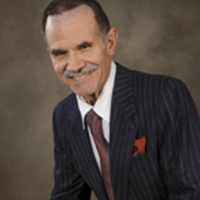 John E. Johnson, Jr. holds four university degrees, and has published numerous scientific books (three in 2014 and one in 2015), along with dozens of scientific articles on biomedical research topics as well as imaging technology. He was Editor-in-Chief of two medical/scientific journals for 20 years. John holds several patents, including one on high resolution image analysis and one on a surgical instrument. Dr. Johnson has been affiliated with NASA, The National Institutes of Health, The Johns Hopkins University, Stanford Research Institute, and The University of California at Berkeley. He is currently the Editor-in-Chief of Secrets of Home Theater and High Fidelity. John has been involved in audio and video for more than 50 years, having built radio transmitters, amplifiers, turntables, and speakers from scratch. He is President of the consulting firm Scientific Design and Information, Inc., which is based in Redwood City, California. He is also the founder of the Northern California Audio Video Association, which is now called The Bay Area Audio Society.

Below is a list of equipment that John utilizes at the main office in Redwood City, California, for reviewing products.