See the complete review for the BenQ TH690ST Projector.

Is the BenQ TH690ST Projector just for gaming, or is it for much more? Indeed, it is one of the most versatile and capable projectors I’ve seen of late. It’s well suited for any kind of entertainment from gaming to cinema.

I’ve just received BenQ’s new gaming projector, the TH690ST, for review. After a quick installation, I’m finding it to be a whole lot more than just a gaming projector. It packs all the high performance and premium image quality of dedicated cinema displays while supporting 120Hz input from gaming consoles and PCs. It has extra low input lag too which makes it ideal for the latest first-person games.

Image quality comes from a higher-contrast DLP chip than I’ve seen previously. It’s a 1080p single-chip design lit by a four-LED engine rated for between 20,000 and 30,000 hours. It’s plenty bright enough for small to medium theaters and looks pretty good with the room lights on.

For HDR content, it supports HDR10 and HLG formats with over 3,100:1 contrast and a wide color gamut. The TH690ST doesn’t have the light robbing filter of previous models so it can deliver its full light output for both SDR and HDR content. It also supports 3D which in my initial tests looked fantastic with no crosstalk and a deep visual effect.

Though billed as a gaming projector, the TH690ST can do anything asked of it. It’s a complete entertainment solution with a short-throw setup, high-quality internal speakers, and a portable form factor. And it only costs $999 which is impressive. Stay tuned for my full review appearing here soon. 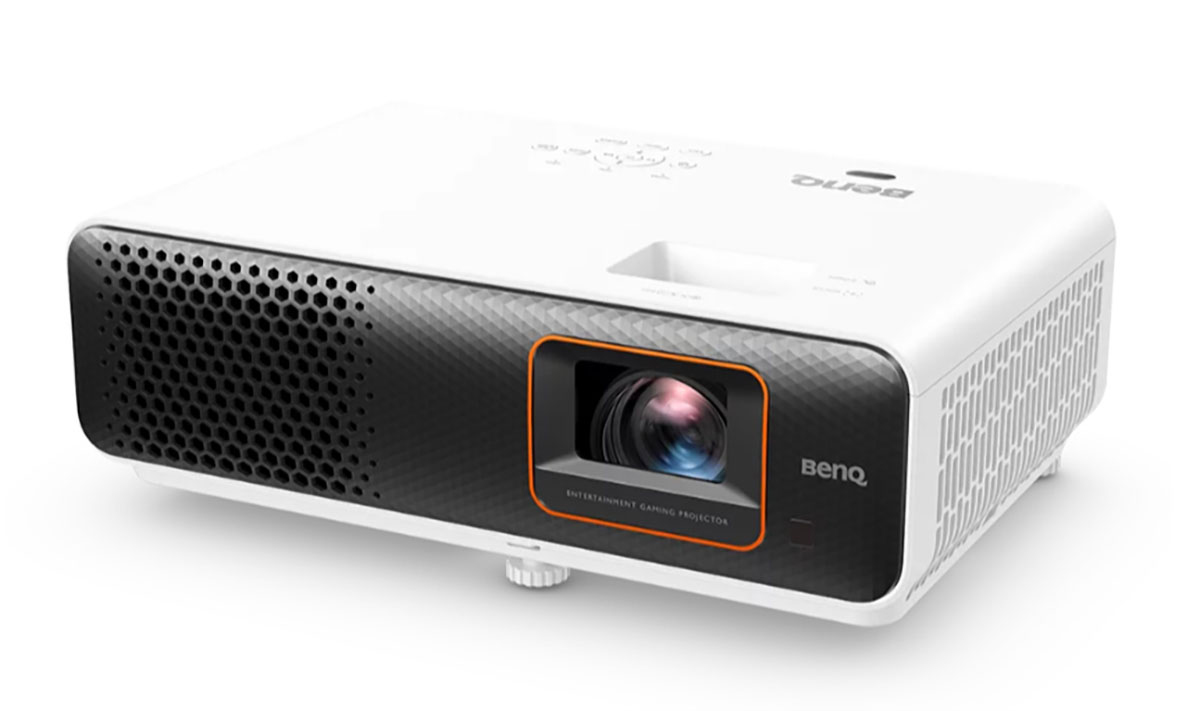 See the complete review for the BenQ TH690ST Projector.