Up NextSony VPL-GTZ270 Ultra HD Projector Preview
In my humble opinion, the best part of High-End Audio is that its technologies eventually trickle down to the budget sphere.

Such is the case with Q Acoustics’ 3050i, the largest pair of speakers from their newly revised entry-level lineup. At $799 USD MSRP for the pair, the 3050i’s are a steal.

Q Acoustics has taken design cues and technology from the high-end Concept 500 Series such as Point-to-Point (P2P™) bracing—which helps to reduce cabinet vibrations for a purer sound and more accurate soundstage—and HPE™ (Helmholtz Pressure Equalizer) technology, which is “technology designed to convert pressure to velocity and reduce the overall pressure gradient within the speaker enclosure” which “helps to reduce cabinet resonance that colors the sound”. I can’t pretend to understand exactly what that means but I imagine that’s why there is an ‘i’ for improved following the number-naming of this speaker. 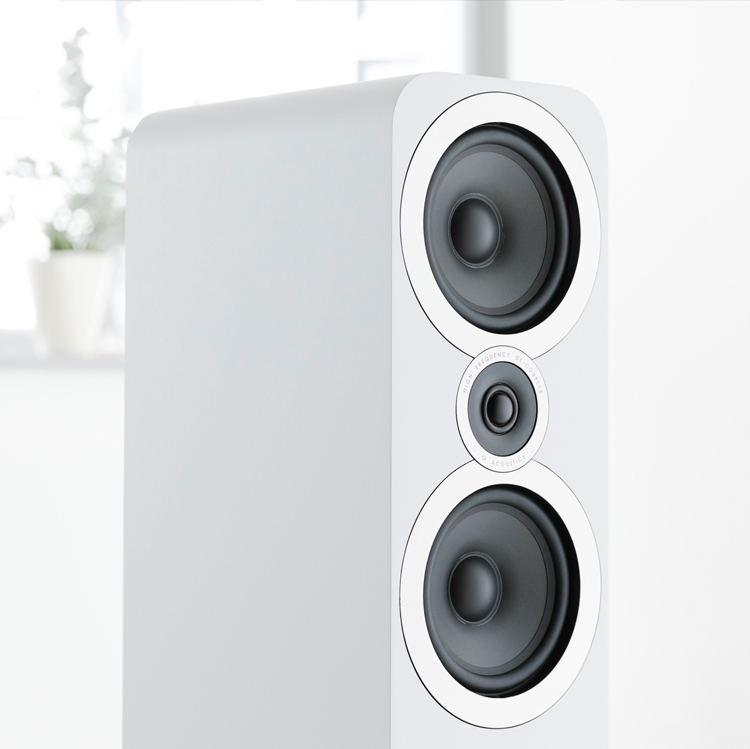 The Q Acoustics 3050i’s feature twin 165mm precision drivers and a 22mm decoupled high-frequency driver with a wide surround which they claim creates a wide and evenly-dispersed stereo image.

On the outside, the speakers are downright beautiful. Q Acoustics sent a pair expertly finished in Carbon Black. They are also available in white grey and walnut. Lots of care has been put into the fit and finish of these speakers not to mention that the grilles are magnetic. Bonus! 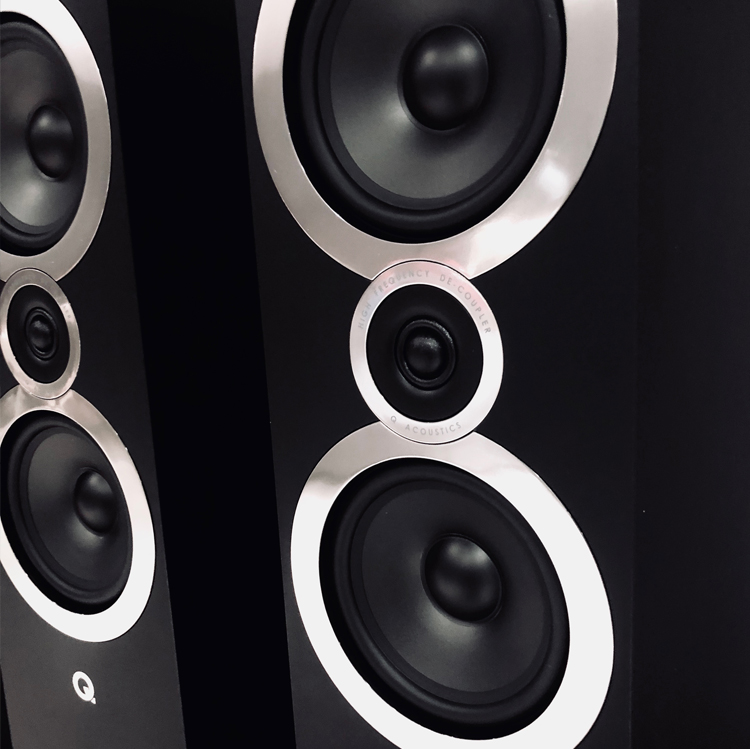 I had initially (and selfishly) been enjoying the Q Acoustics 3050i’s connected to a Marantz SR6009 receiver, acting as the fronts of my home theater system, but I have just moved them to the living room where they’ll be connected to a Cambridge Audio CXA60 amplifier to give them a proper HiFi workout.

Thus far the results have been nothing short of spectacular. Stay tuned for the full review!