While Astell & Kern have a star-studded pedigree in the avenue of portable audio players, the new KANN CUBE aims to turn things up a few notches as a mid-level model in their current lineup. As an updated version of its predecessor, the KANN, this new device boasts an aggressive, industrial design that reminds the eye of Brutalist architecture, and the user experience is carried by a smooth operating system that has some of the familiar hallmarks of an Android device. The KANN CUBE plays nice with traditional headphones as well as those with a balanced connection, and it has Bluetooth capabilities to keep in stride with an increasingly wireless age. However, the KANN CUBE comes into its own when one considers the specs. Hidden inside are twin ESS 9038 PRO DAC chips, dedicating one eight-channel chip to the left and the other to the right channel, which means that the KANN CUBE has the power of a Muay-Thai fighter with a bone to pick. 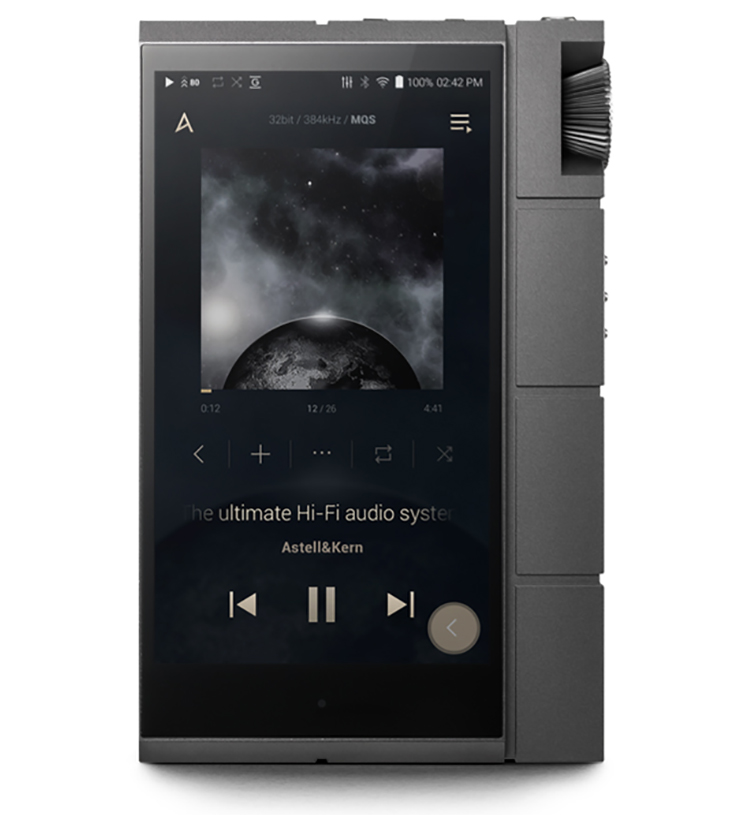 In addition to the KANN CUBE itself, Astell & Kern outfitted me with a pair of Billie Jean in-ear monitors to help facilitate the CUBE experience. Produced in partnership with Jerry Harvey, these in-ears feature two balanced armature drivers per side, one for the highs and the other for the mid- and low-ranges. They also have an all new “acoustic chamber sound bore” design, added with the intent of furnishing a wider soundstage with minimal interference.

Despite being an order of magnitude larger and heavier than a phone, the KANN CUBE can sit comfortably in the pocket of my jeans and recites some of my favorite albums with ease and precision. However, the question remains – is it worth shelling out $1,500 dollars for a mobile device with this kind of audio firepower? It’s a matter of opinion, but I’ll advise those looking to purchase the KANN CUBE in my upcoming review.