Up NextAudio by Van Alstine DVA 850 Mono Block Amplifier Preview
High fidelity video and audio in one machine is completely possible. The OPPO UDP-205 sets out to prove just that. 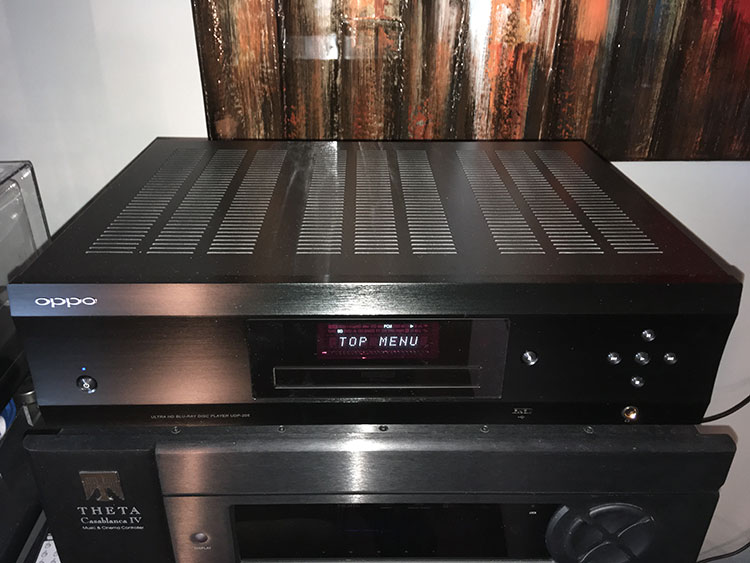 The OPPO UDP-205 Ultra HD Blu-ray Disc Player is a machine built for videophiles who have the audiophile bug – and what a machine it is! I knew something special was going to be in this box that weighs in just over 30lbs. How much different could it be from its smaller sibling, the already excellent UDP-203? 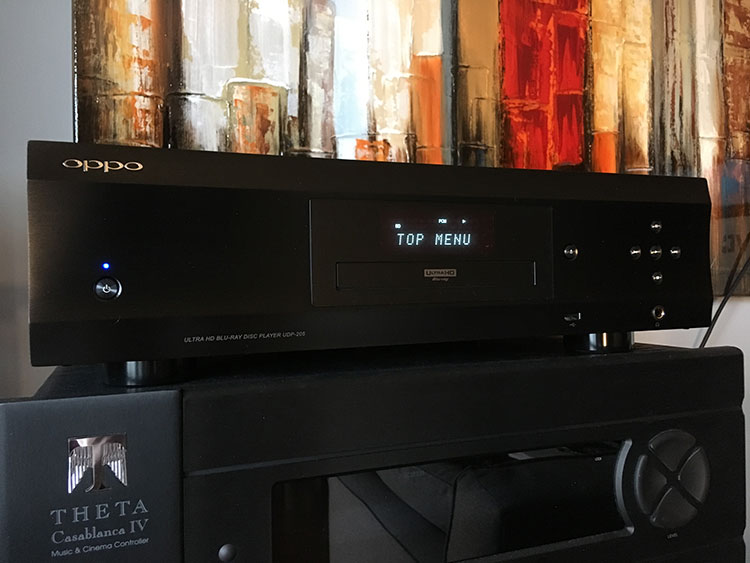 The front panel of the machine follows almost the same design but with the addition of a headphone jack and a few more curves. It’s taller than the UDP-203 due to its double layer chassis, but still maintains its good looks. Of course, just like the love in your life, it’s all about what’s on the inside. The top panel has grills to allow a little heat from the player escape, but it also gives a tease to show its inner stuff. One look on the inside and you know this player is more than just brains – it’s got strength in areas where other Ultra HD Players – and even other Blu-ray players – won’t come close to matching. I’ll be exploring these differences that make up the 30lbs in my upcoming review. I can assure you there are no bricks inside.

While still an Ultra HD Blu-ray disc player, there are many upgrades that make it an audiophile powerhouse. The back panel appropriately has XLR analogue outputs for fully balanced operation. I can’t wait to listen to the OPPO 205 player as a stereo CD player and a high resolution audio player using high resolution music files. While it has analogue outputs for all channels, I’m very interested in its two-channel performance through my fully balanced two-channel analogue preamp, and to hear how it compares to my reference. Excited? I sure am! See my full review of the OPPO 205-outstanding!

Bench testing of the OPPO UDP-205 yielded results that I believe are at the limits of my Audio Precision spectrum analyzer. The 205’s performance was slightly better than the BDP-105, but it was in the millionths of a volt range. This is a world unto itself, where anything going on in the wall voltage supply could cause such results. None of the distortion seen in the BDP-105 or UDP-205 is audible. In any case, the BDP-105 and UDP-205 are the best universal players I have ever tested. 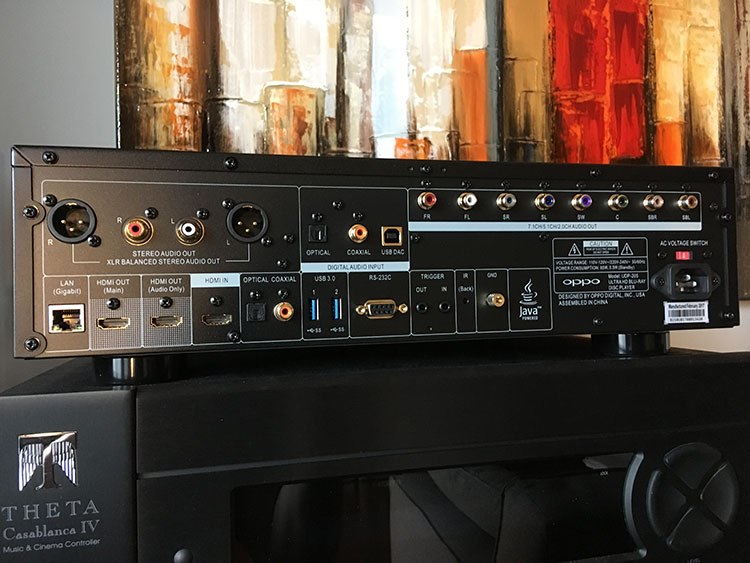