I’ve just received a sample for review and am already impressed. It employs a three-laser configuration so there is no color wheel. Coupled with superb optics, it delivers an amazingly sharp and bright image. It uses the .66-inch version of TI’s DLP chip with XPR. That means better contrast, more light output, and resolution that easily competes with native Ultra HD displays. I defy anyone to distinguish it from a high-end projector with a native 4K light engine.

In addition to HDMI 2.0 inputs (one has ARC), the HU85LA sports LG’s SmartTV streaming interface. I’ve installed the Netflix and Amazon Prime apps and have already enjoyed a few episodes of The Grand Tour streamed over the projector’s built-in Wi-Fi. Audio comes from two five-watt speakers that put out clean sound and are ideally-suited for dialog reproduction.

As a package, the HU85LA is super-convenient; able to project a 90-inch diagonal image from just 2.2 inches away. I’ve set it up beneath my Stewart Filmscreen Luminesse and am anxious to run tests and watch movies. Stay tuned for my full review coming soon! 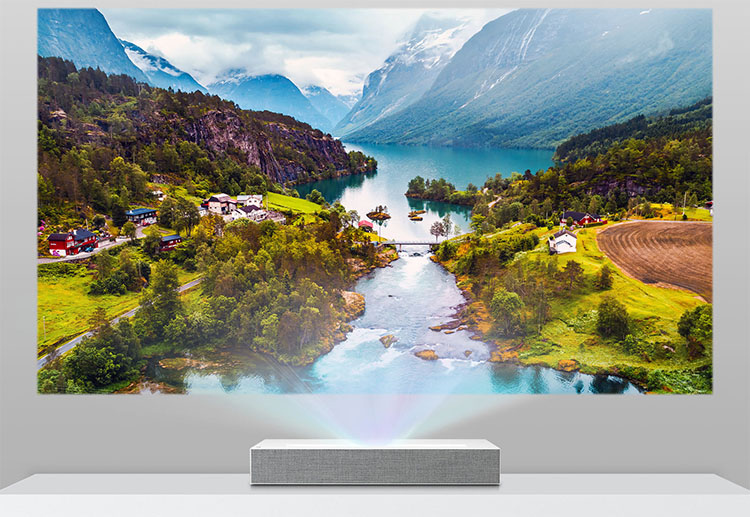