Featuring the theatrical and extended edition, this Academy Award winning film depicts the story of a brave general, Maximus Decimus Meridius, who was forced into slavery, emerged as a gladiator and defied the Roman empire. Directed by Ridley Scott, the vivid tale is epically told with large battle scenes and tender moments of love. Not many films these days can be called epic in scale, but Gladiator is certainly one of the best tales of its kind in the last 20 years. 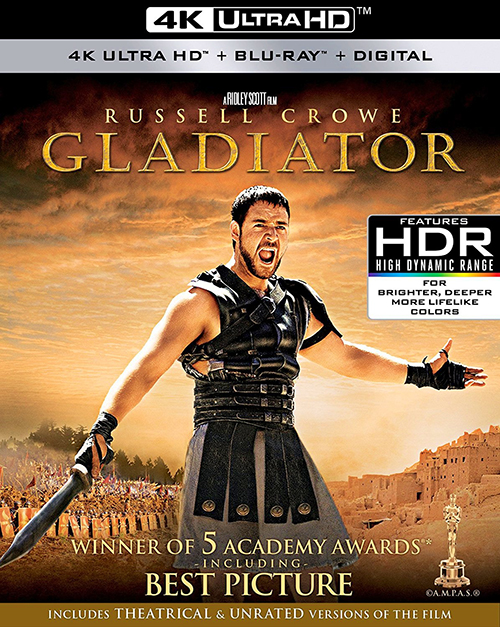 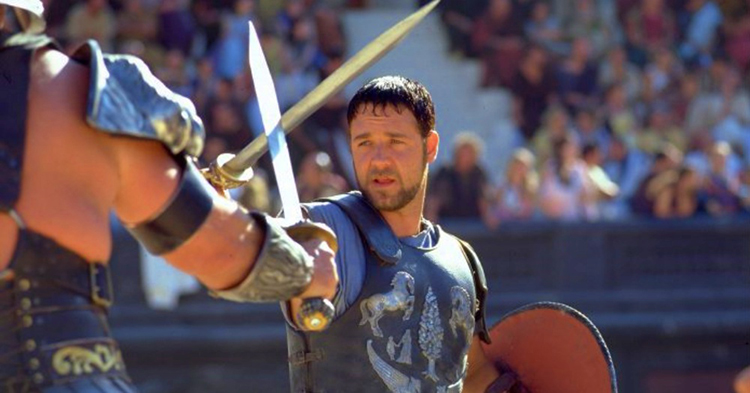 Scott usually makes “big” pictures, and by that, I mean big in scope if not in length. This film has great characters and the opening battle sequence against the Germanic tribes introduces our main character and puts the viewer in lock-step with his thoughts and actions. The rest of the movie is more than a man of honor that has been wronged and seeks revenge, but in a similar vein as Braveheart, the man grows and leads his fellow gladiators into a quest that is bigger than themselves. The scenes of Rome are spectacular, and the arena fights are up close and personal. Needless to say, when Maximus asks the crowd if they are being “entertained”, your response will be to the very end. This is a film you will never grow tired of viewing. 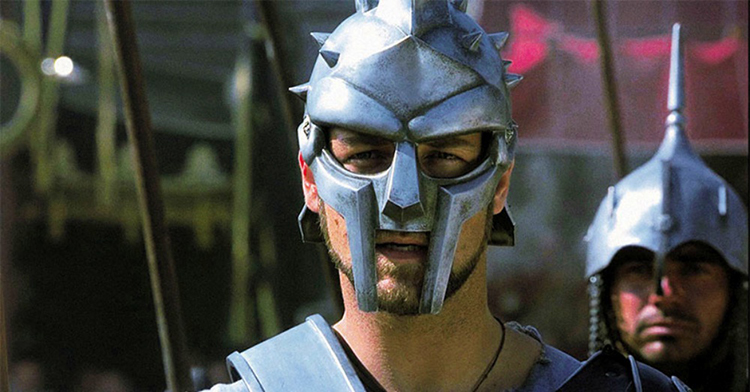 Rescanned in 4K with a 4K DI, Gladiator looks as good as I remember in the theater. The HDR makes the picture look stunning with rich primaries and exquisite details in the texture of the clothing and stone surfaces. Skin tones are spot on and the contrast is inky black and makes the picture look very 3D. Flames and other specular highlights look amazing. I was afraid that the CGI might not look as real, but it holds up well, especially the CGI tigers. The UHD version of this film is the new standard. Recommended! 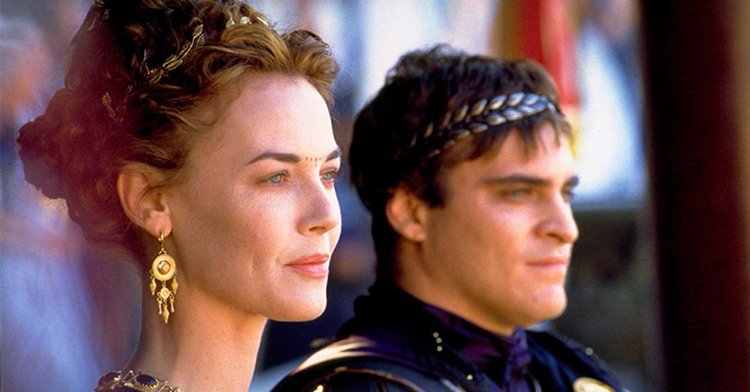 The first 20 minutes of the film has a cooler color palette, but the scenes in Rome are dazzling bright and warm. The sound is demo quality with all the speakers engaged almost entirely throughout the film. Whether clanging swords are the roar of the crowd, it is all enveloping. The musical score by Hans Zimmer is every bit as epic as the film.

These include: Ridley Scott introduction, the extended version of the film, Commentaries, Scrolls of Knowledge: commentaries and deleted scenes, Visions of Elysium, Strength and Honor-the world of Gladiator, Image and Design, storyboard and photo gallery, Deleted scenes, and much more.