Up NextMovie review: Fantastic Beasts - The Secrets of Dumbledore

On June 16, 2020, Columbia Pictures released Volume 1 of their series Columbia Classics on 4K, which includes six films: Mr. Smith Goes to Washington, Lawrence of Arabia, Dr. Strangelove, Gandhi, A League of Their Own, and Jerry Maguire. 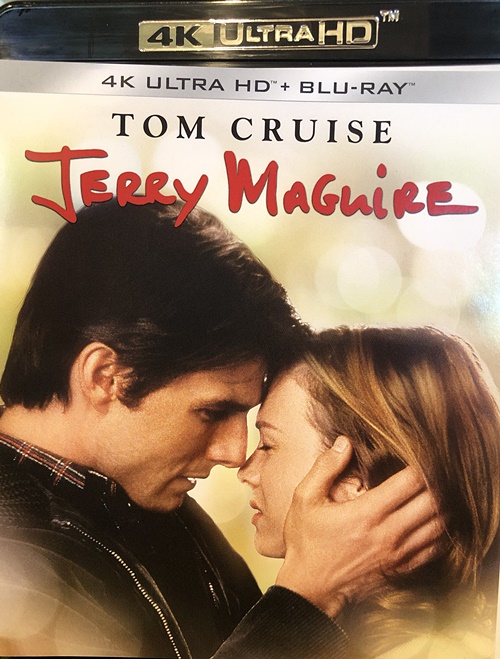 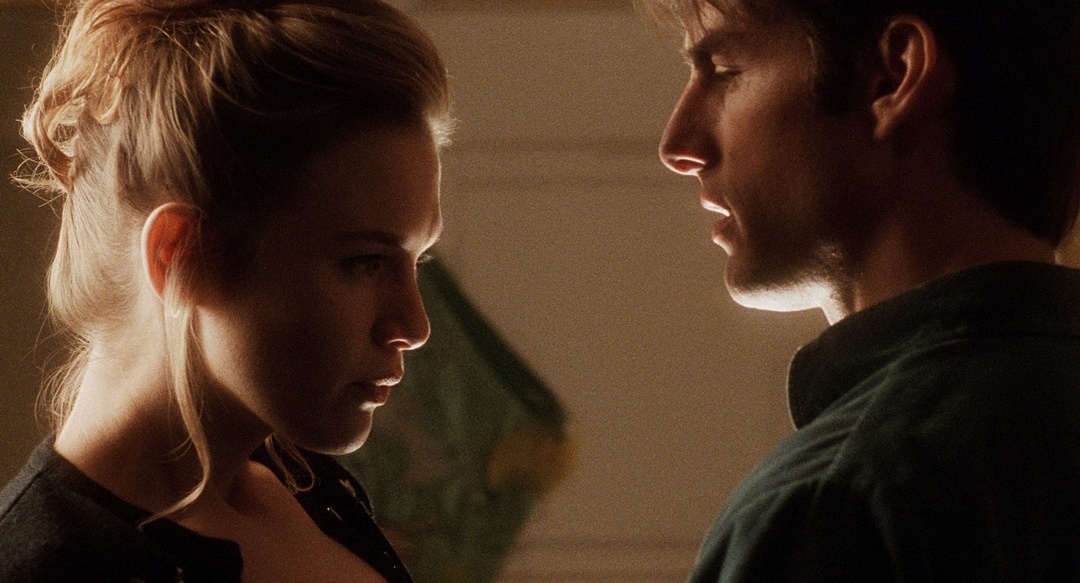 Jerry Maguire turned out to be a smashing success at the box office and marked a coming-out party for Cuba Gooding, Jr. It was also the feature-length directorial debut for Cameron Crowe who is also credited with writing the script for the movie. 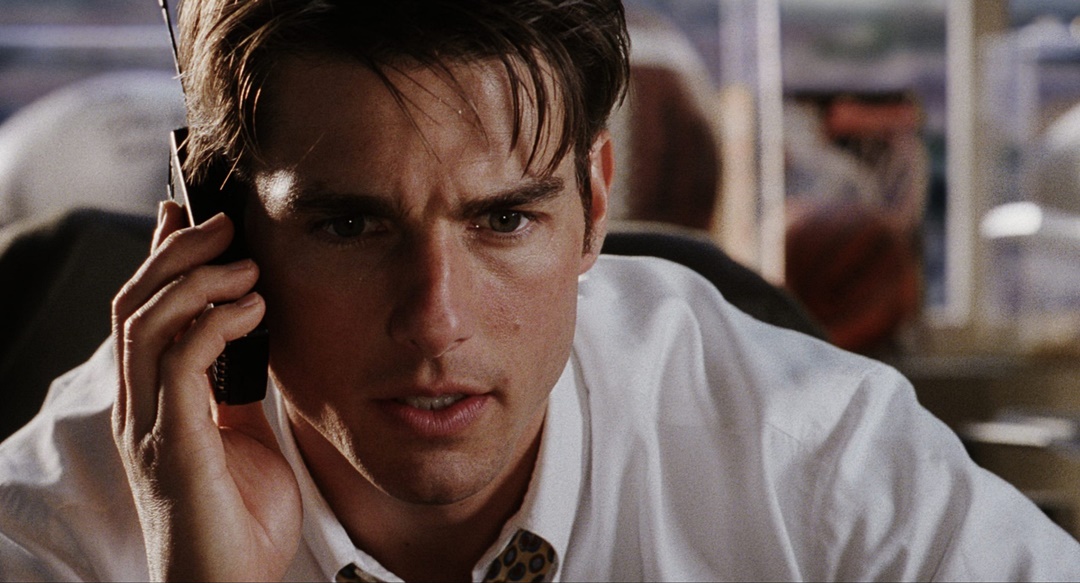 It’s the story of a highly successful sports agent, Jerry Maguire (Cruise) who has an epiphany one day when he is confronted by the son of a professional hockey player after the player suffers another serious concussion. Maguire goes on to pen a “manifesto” of how sports agents could do their jobs and essentially have a heart at the same time. He distributes his manifesto to all the employees of the good-sized agency where he was a key manager. This manifesto leads quickly to his termination. 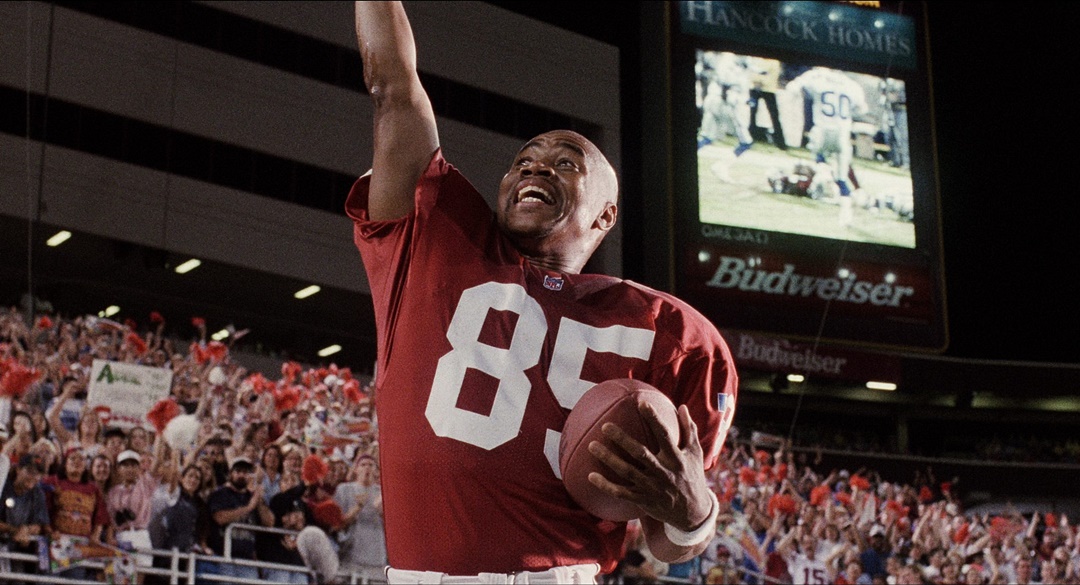 Once the dust settles, Maguire is left with a single client, a middle of the road NFL player with maybe five years left to play. This part is played with great heart and enthusiasm by Cuba Gooding, Jr. Maguire is able to get a single employee to go along with him in starting his new agency. That person is an administrative assistant played by Renee Zellweger. The rest of the film follows along with the ups and downs of this fledgling endeavor.

This movie is essentially a love story with just enough sports and football to keep the lizard brains engaged. But I will say that my lizard brain remembered there being more football and less of the mushy kissing stuff. Well now that my brain is fully developed (just in time to begin a long decline), I was a bit surprised how much the movie focuses on relationships. 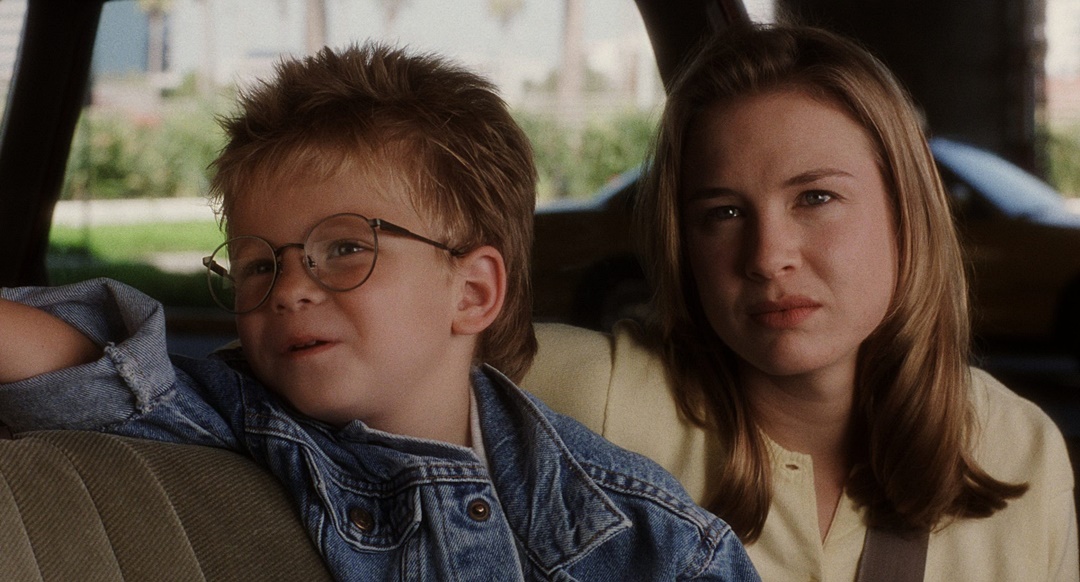 The movie is well written and well directed. It clicks for me because all of the main characters are cut in stark relief. They all come across as real people: good, evil, beautiful, etc. That’s what makes a good movie – having characters you care about even if you don’t particularly like them. This movie does that, as I felt a real connection with all the main characters, and I wanted them to all get what they had coming to them.

This movie also has several iconic scenes and lines, the most noteworthy being, “SHOW ME THE MONEY”!

This movie was obviously shot on film. The 4K transfer really does an excellent job of paying homage to the original format while revealing a wealth of detail in the image. One thing about film-based movies is that the focus and exposures can be a little bit variable. A good transfer will also let that shine through, and this disc does that. For example, I was quite surprised how off-focus the scene was where Maguire gets a standing ovation when returning to the office after issuing his manifesto. I am glad the engineers didn’t tinker with any of that. All in all, the image popped as well as any movie I have auditioned in 4K.

This movie has an excellent soundtrack and some good audio effects in the live sports scenes mostly. The main audio track is a Dolby Atmos conversion. It was equally as accomplished as the video transfer. I am not able to give it five stars though as it is still a little dated sounding.