The HALO A23+ stereo power amplifier is Parasound’s most recent iteration of its popular HALO A23 amplifier. Does this new amplifier offer the quality and value in line with Parasound’s reputation?

Parasound’s amplifiers are well known and established products, which is of no surprise considering the legendary amplifier designer, John Curl, has been involved in the company’s amplifier product development since its early years. The HALO A23+ stereo power amplifier that is reviewed here is the updated version of the HALO A23 amplifier. The A23+ has improved components and can deliver 28% more power than its predecessor. With 160 W per channel into 8-ohm and 240 W per channel into 4-ohm loads, this is a beefier amplifier than its slim look suggests. It can also be bridged to generate a mono amplifier rated at 500 W into an 8-ohm load. It is reasonably priced too at $1595.

In the hi-fi world, Parasound needs no introduction. The company has been known for its no-nonsense audio products with prices that do not go into stratospheric levels. Offering products in the sweet spot of quality-to-cost ratio is always the company’s mission. The success that Parasound has achieved since it was founded in 1981 is driven by the customers’ appreciation of the value of its products.

Although Parasound makes various audio components, the anchor products have always been its amplifiers. Parasound products are known to be well built and bring a lot of bang for the buck. I have owned Parasound products myself in the past and I can attest for the two attributes mentioned above. So, when the opportunity to review a Parasound product was presented to me, I immediately accepted it as I was quite interested to check out whether the company’s tradition of offering high quality and high value products continues.

The product in this review, the A23+ stereo power amplifier, is the smallest (both in size and Watts) amplifier from the current Parasound HALO line of products. HALO is Parasound’s premier line that is intended to represent the company’s highest standard for sound and style. The A23+ is the recent iteration of the highly popular A23 amplifier, which had been a continuous presence in the company’s line for about 17 years. This indicates that the A23 amplifier was well designed and stayed relevant for so long in the audio world, which is impressive! Last year, Parasound decided that the time had come to discontinue this popular product and replace it with this improved version.

Parasound maintains the overall style of the previous HALO products in the current product line. The front appearance of the A23+ amplifier has some familiarity with the A23, albeit with some minor differences. They are both available in black and silver finishes, but the A23+ has gold-liner on the faceplate, which in my opinion, adds to the elegant look of the product. Instead of silk-screened lettering, the ‘Parasound’ brand on the new faceplate has a 3D texture with gold lettering. For the black finish, like what I have for the review, the feet are also golden, which gives a more striking two-tone appearance than the silver finish that comes with silver-colored feet. The A23+ no longer has the red LED with ‘P’ logo on the front plate like the A23. Gone also from the front panel of the A23+ is the THX certification stamp. Parasound does not seek THX certification for the A23+, which is not a big deal and not something that I would care about when shopping for an audio amplifier. Unlike what it’s relatively low height profile might suggest, the A23+ amplifier feels heavier than it looks. Its build quality is overall particularly good.

The front panel of the A23+ sports an on-off button with illumination surrounding it. When turned on, it will glow red for a few seconds before turning blue in steady operation. If it stays red and does not change to blue, it indicates that the amplifier is in protection mode. Two small indicator lights in the lower middle of the faceplate will also illuminate blue when the amplifier is in normal operation. One or both indicator lights will not light up if there is fault in the system. There is also a small high-temperature red indicator light near the right side of the front panel, which illuminates if either of the channels overheats.

On the back panel, one can find more features than just the usual input-output connectivity found in typical power amplifiers. Both single-ended and balanced inputs are provided together with toggles to select which inputs are being used. Two sets of five-way speaker binding posts are available for speaker connection. Typical to Parasound amplifiers, the amplification gain for each channel can be adjusted using the gain-level knobs provided. The A23+ also sports the left-right loop output connectors that pass through the input audio signals for daisy-chaining additional external amplifier(s) or for connecting subwoofer(s). Besides those and the main power switch near the power connector, the turn-on option switch as well as DC trigger input and output can be found on the left side of the back panel. This turn-on option switch can be set to Manual, Audio, or 12V Trigger. When set to the Manual position, the amplifier can only be turned on or off using the on-off button on the front panel. In the Audio turn-on option, the amplifier will be turned on when an audio signal is present at the input connectors. If the audio signal ceases, the amplifier will remain on for 10 minutes before turning itself off automatically. In the 12V Trigger option, the amplifier will turn itself on or off with an external 9-12V DC voltage.

Besides the cosmetic differences, Parasound invokes several upgrades in the A23+ as compared to the A23. While the basic circuit design and topology stays the same, the A23+ has a beefier transformer than its predecessor (1.1 kVA vs 1.0 kVA), which translates into more powerful amplification (160 Watts vs 125 Watts into 8Ω loads, or 240 Watts vs 225 Watts into 4Ω loads). The A23+ also has 35% more filter capacitance (54,400 µF vs 40,000 µF), which is said to improve the dynamics and short-term power. Parasound also redesigned the input board layout of the A23+ to improve the cross-channel crosstalk (70 dB vs 63 dB at 20 kHz). To improve signal path and consistency over time, the A23+ also utilizes updated heavy-duty speaker terminals and internal gold-on-gold audio connections. With these upgrades, the A23+ is listed at $600 higher MSRP than the A23. Seems like a steep price increase but had Parasound made inflation adjustments to the MSRP of the A23 during its long tenure in the company’s product lineup, their price gap would narrow and reflect the cost for the upgrades more closely.

During the review, I inserted the A23+ amplifier into the audio chain in my main system in between the Classe CP-500 preamplifier and the Revel Ultima Studio speakers. The Auralic Aries G1 streamer (streaming Qobuz and Tidal) and PS Audio PerfectWave Transport were the primary signal sources during the review with the digital-to-analog signal conversion performed by the PS Audio PerfectWave DAC II. 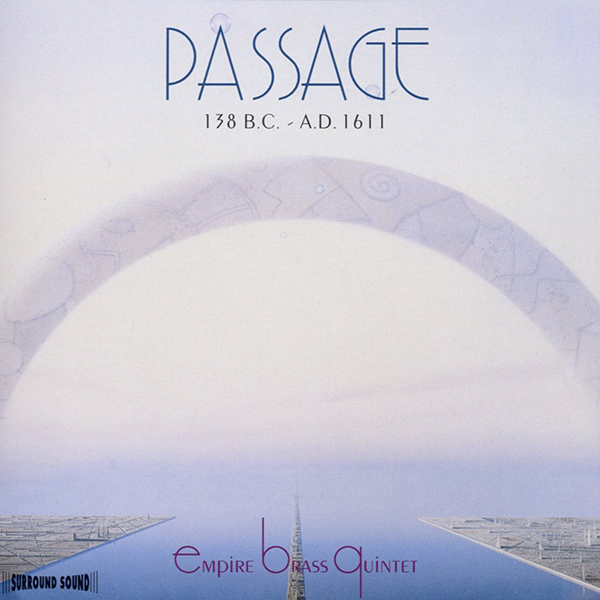 It was of no surprise that the A23+ amplifier could drive the Revel Ultima Studio speakers with ease. It showed no signs of losing composure even when pushed to relatively high-volume levels. The overall amplifier’s presentation through the Ultima Studio was neutral with a crisp sonic character and excellent details. The A23+ might look lean and rather petite in the power-amplifier world, but it showed no sign of struggle at all in navigating the Ultima Studio through the soft and loud musical passages in a dynamic track such as Hopper Dance by Empire Brass Quintet from their Passage: 138 B.C. – A.D. 1611 (2007) album.

Even in the softer passages, the A23+ did not lose its grip in presenting the details in the music. Also, the A23+ presented the music with a sense of tightness, with quick transients and nimble attacks. 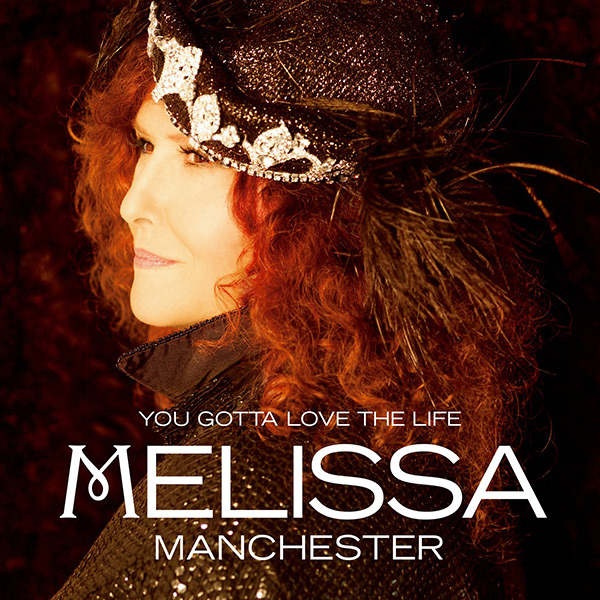 The overall tonal balance of the A23+ was particularly good with no obvious emphasis on certain frequency ranges. The bass that the amplifier produced through the Ultima Studio might not be the most extended that I have ever listened to, but it sounded punchy with sufficient impact. Midrange presentation sounded natural and honest as exemplified by Melissa Manchester’s vocal in the track Claudia from her album You Gotta Love the Life (2015). By honest, I mean, the A23+ would not add lushness to the vocals or smoothness to the midrange like how some other amplifiers would.

Whether this is good or bad depends on your taste. The bass of this track as played through the A23+ sounded full and tuneful and the treble was airy and detailed. The rhythm and pace as well as the relaxed atmosphere of the song were conveyed nicely, which made me feel like swaying with the music. The musical portrayal through the A23+ had a sense of vividness that defined the edges of the musical elements in space with such clarity and without being analytical. It was like looking at a picture with clear lines around the borders of the objects in the picture. The amplifier seemed to present music in high definition with no blurred boundaries among its musical elements. 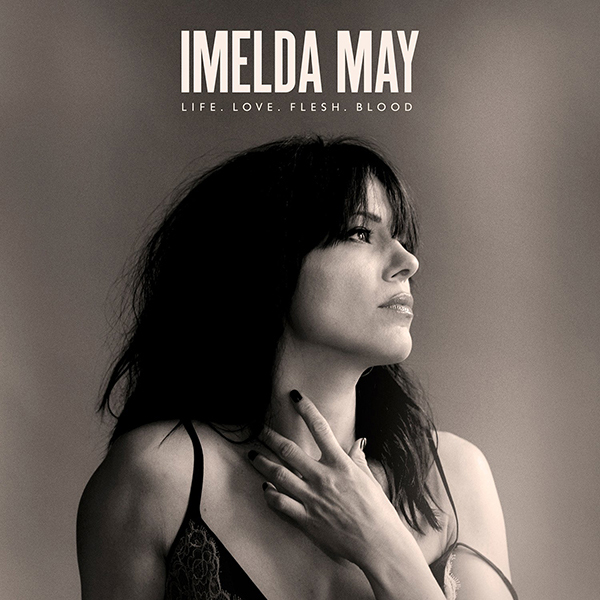 The track Black Tears from the album Life Love Flesh Blood (2017) by Imelda May has been my favorite of late to evaluate the sense of space, imaging, and soundstage. The A23+ did a good job in this test, creating believable soundstage that extended beyond the plane between the speakers. The image depth was good, although it was not as deep as I was accustomed to during my listening evaluation. This result might be room dependent and influenced by the speakers that the amp was paired with. The image presentation of the singer was neutral portraying an intimate overall soundstage.

The portrayal of the instruments in the track as to their own locations in the musical stage were clear and unambiguous. Overall, the A23+ was no slouch in conveying the sense of space, imaging, and soundstage.

During the review, I got the sense that the Parasound A23+ was always in control of the music played through it. This may be due to the amplifier’s ability to nimbly navigate to the various transients and textures in the music. The A23+ is definitely a very capable amplifier that seems to do everything well.

There is a lot to like in the reasonably-priced PARASOUND HALO A23+ STEREO AMPLIFIER. It is stylish, packs sufficient amplification power, and delivers solid high-fidelity sonic performance.

Parasound’s tradition of offering good quality and high value audio components continues in the A23+ amplifier. This amplifier is well built and looks stylish with its gold accent lines and lettering. In general, the sonic attributes of the A23+ score highly in my scorecard. The A23+ delivers neutral-character vivid sounds with excellent dynamics. Sonic presentation seems well balanced across the audible frequency spectrum with extended treble and punchy bass. It is capable of portraying satisfying soundstage too. While the A23+ may not be the best in every respect, it can deliver well above average in all aspects of the sonic performance. Overall, the A23+ amplifier brings a lot of value to the table that easily justifies its $1595 price tag. This amplifier should be on the audition list for someone who is in the market for sub $2000 stereo amplifier.

Focal Powered by Naim Spaces Open in Barrie and Winnipeg