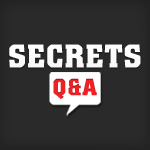 Up NextHow is bass divided among speakers?

4k and the limitations 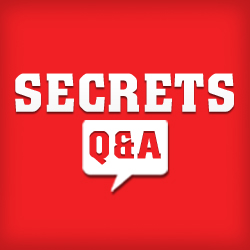 Question
I know the industry wants to move away from physical discs especially with 4K, but don’t you think the following limitations point to needing some physical format for collectors:

My fear is one that the studios have been pushing for ever since Disney looked into automatically erasing VHS tapes and Circuit City’s failed DIVX. They want to be paid every time I hit play. If that’s going to be the model moving forward, I am going to find another hobby to spend my money on.

Answer
I agree that, at least for the next playback format, we are likely going to be looking at a physical media version again. The future compression format, H.265 (High Efficiency Video Codec, or HEVC) looks to obtain around 40% smaller file sizes on average than what Blu-ray uses. Of course, the UltraHD specification, Rec. 2020, promises not only four times the resolution, but also greater bit-depths (produces much smoother transition between shades of color) and possibly less chroma compression. Even if chroma compression remains the same, we now have 4x the resolution, and 25-50% more bits to store, so 5-6x the data as before. Even saving 40% by HEVC, we still have around 3x as much data for a UHD film as a Blu-ray, or around 100 GB in total.om

Sony’s current solution is just an interim one I believe. Due to their unique situation in owning a movie studio as well as producing electronics, it gives them the position to offer 4K resolution that other companies can’t. Since UHD TVs are also extremely expensive right now, I don’t believe they are that concerned with the 100 GB download size and bandwidth limits, just like Kalidescape isn’t concerned with 40 GB downloads from their digital store for users of their products.

Once we have a UHD format standard, and I believe it will be disc-based due to size and bandwidth limitations, then I think many of your concerns will go away. DivX died a rapid death because of the consumer-unfriendly nature of it, and we just saw this past month how consumers reacted to policies on the future XBox One. People still like to own their media, and I think companies will continue to sell physical media for UHD, but beyond that I’m less sure.

On the other hand, 3D just took a big hit from the network that offered a 3D channel on satellite and cable, by their announcement that they are terminating the channel. This means that consumers have not responded to 3D in the way that the entertainment industry predicted. Only about 60% of households have a Blu-ray player even now, and certainly, high definition TVs do not have 100% penetration of the market. Far from it, in fact. So, acceptance of 4K by consumers, regardless of how strong the manufacturers push it, is not guaranteed in any way, shape, or form. TVs are not treated like cell phones, with consumers rushing out to turn in their 6 month old phone for the latest model. Consumers purchase a TV, expecting to keep it for probably 5 years or more. It is probably a 50/50 chance that 4K will end up being used only at commercial theaters, and not adopted by consumers, at least until the point that 4K units are the only TVs that are in the stores.

Note that although there is a huge difference in the viewing quality between Standard Definition TV and HDTV, the difference in picture detail between HDTV and UltraHD will not be noticeable unless you are sitting only a few feet from the TV, assuming it is at least a 55" (diagonal) model. Since most of us sit probably around 8 feet from our TVs when viewing, UltraHD’s increased detail will not be discernible. What will be noticeable is the increased color depth, which will eliminate color banding in blue skies for example. But will a typical user be willing to dump his/her HDTV just for that feature? We don’t think so.