Up NextParadigm Prestige 2000SW Subwoofer Review
Innovation is tough in the technology business. It’s really hard to break outside the mold. Don’t get me wrong, it happens, but it’s rare and usually exorbitantly expensive.

It takes a lot more than a million dollar idea to innovate (if I had a dime for every one…) Claims for products that are truly revolutionary are more common than litter on the Jersey turnpike. What’s not common? Truth in advertising. Which brings us to Artison electronics and their new RCC Nano 1 micro subwoofer. Does it do what it claims? It does. But there’s still no such thing as a free lunch.

To be honest I had no prior exposure to Artison, the company, whether good or bad it gave me a rare opportunity to go into a product review with absolutely zero bias other than what the product itself produced. The company prides itself in high quality lifestyle products (think impossibly thin speakers and soundbars), which does not set it apart. It strives to do so at real world prices, which does!

The trend in subwoofers recently has been smaller, deeper, cheaper.  Pick any 2. I happen to have a Velodyne Minivee10 which is an excellent tiny sealed sub, but the Artison is roughly one-fourth the volume (using dual 6.5″‘drivers), an aluminum enclosure and high power class D amp with EQ Modes and remote control. Sounds expensive, huh? Well, it isn’t so much. Let’s see how it performs.

The sub is a diminutive 8″ x 7.5″ x 9” box, about the same volume as a men’s shoe box, but at a fairly hefty weight of 14.4 pounds. The cabinet is formed from extruded aluminum which allows for a rigid enclosure with thin walls that leaves more internal volume for the drivers and electronics. 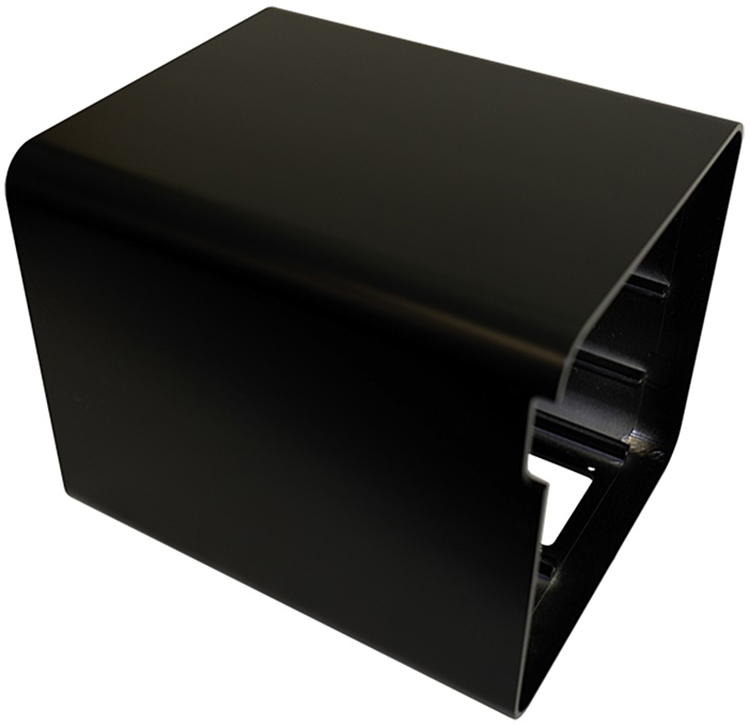 All Artison subwoofers utilize their proprietary Reactance Cancelling Configuration, hence the “RCC” designation on their subwoofers. Artison does not offer a lot of technical details, but the idea is that their subs use drivers in pairs that are arranged so the external vibrations will cancel which in the case of the RCC Nano 1 means the cabinet will not vibrate. It won’t rattle the surface it is on or “walk off” a shelf when playing.

The two drivers in the RCC Nano 1 are specially-designed 6.5” high-excursion woofers with large motor assemblies. The built-in Class D amplifier is rated at 300 watts continuous and 900 watts peak output. That’s a powerful amp for a small sub. A wireless receiver is built-in to the amplifier module. Artison also sent me an optional wireless transmitter for evaluation.

The inputs and switches are tiny so as not to make the enclosure any larger than normal. The phase dial, low pass filter dial, and 3.5 mm jack input are mounted up in the enclosure and angled slightly down (to conserve space in the enclosure), but luckily the volume and crossover controls are larger and located on the front top of the unit as are LED’s for volume level (color changes with the selected contour control – blue for HT and red for music). A 3.5mm to RCA adapter is provided for LFE input along with a remote and rubber feet.

I found the included remote to be a nice touch. It gives total control of volume, source selection and allows the user to toggle between the two operational/EQ modes – Music and Movies.

Though I know where the best subwoofer location in my room is, due to its exceedingly small size, I experimented with placement with this little guy. I initially I tried it on the front wall of my 24’x14’ living room. It made the bass seem like it was all coming from the front of the room, but it was hard to blend with my Monitor Audio RX6’s (the bass obviously was coming directly from the little cube, and when I moved it along the wall the sound followed it). Acoustically the best, most even bass response is in the back corner…but careful blending was necessary in order to not be able to localize it.

I initially tried setting up the RCC Nano 1 using the optional wireless transmitter but it was a little touchy and worked intermittently so I used an RCA cable for best performance during the evaluation period. The RCA connection sounded better as well so would be the recommended hook-up if your system and lifestyle realities allow for this.

I used the crossover in my receiver to direct the bass below 80 Hz to the sub and rolling off all satellites at 80 Hz as well. This setup was convenient for me but Artison did not skimp on connection and setup options for the RCC Nano 1. It has variable low pass, variable phase, selectable crossover slopes (12 or 18 dB per octave), a 12V trigger and a remote hard wired input.

In listening tests I tried out both EQ slopes “HT” and “music” for testing and had my Marantz SR 6007 receiver send it all signals below 80Hz (recommended by THX). Having a remote makes adjustments much easier than the “run-over-there-and-flip-the-switch-then-run-back-over-here-and-sit-down” method which I use for my Velodyne, but truth is, I’m a set it and forget it kind of guy. I let my HT receiver remember which sub level I prefer on which input (heavier for Blu-ray than for DirecTV).

In an all-out high volume 20-120 Hz frequency sweep this little guy is a champ from 31Hz up. The in-room response of my front towers is also low 30’s, same as this sub, though not with the same SPLs as this sub is capable of. So, in my case, the RCC Nano 1 increased headroom, lowered distortion and increased output but did not extend the low frequency extension by any appreciable amount.

I utilize near full range towers that have pretty tight fast midrange and upper mid-bass which makes it really tough to blend for music. I tried multiple positions, multiple crossover options and was unable to get a great blend. This isn’t a knock to the sub – I don’t use my own personal reference sub on music for the same reason. It definitely gave a usable performance but I was almost always able to tell when the sub came into the mix. 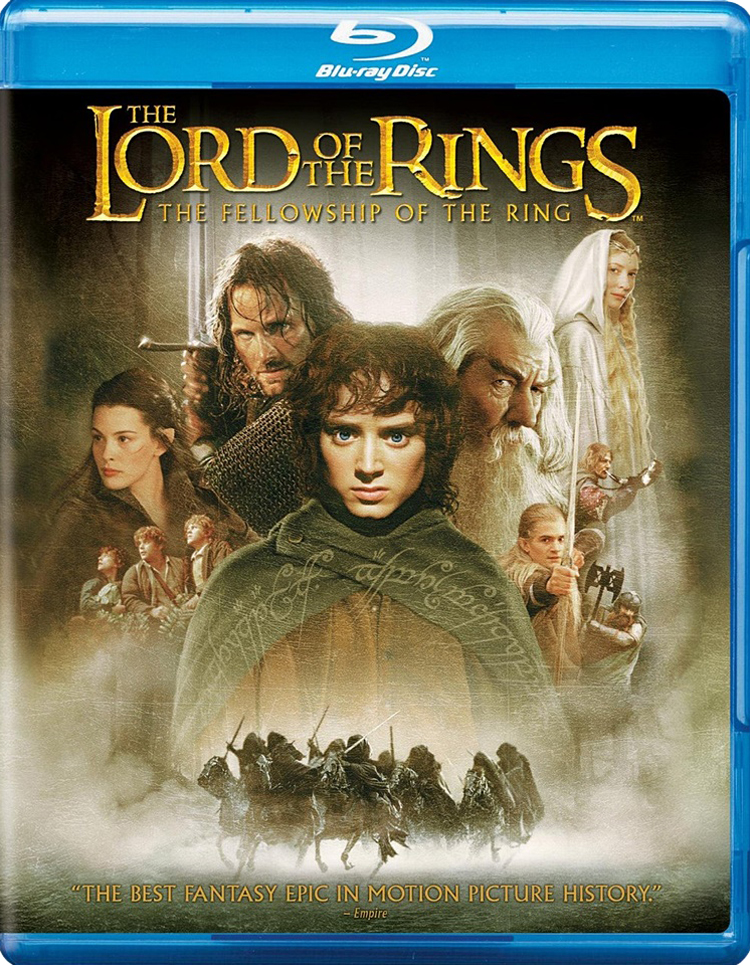 I use the opening prologue from the Lord of the Rings: Fellowship of the Ring for one of my bass torture tests…mostly because it’s got everything from high frequency sword clashes, loud sonic booms from Sauron’s ring-clad-hand thundering to the ground, and the subsequent low frequency 80-20Hz sweep as the shockwave of his demise rocks the countryside. This sub does very well on the sonic boom and on the first 2/3s (higher end) of the sweep. It drops off considerable after 31Hz, which is fine for most home theater, but its very strong from there up to about 120 Hz. 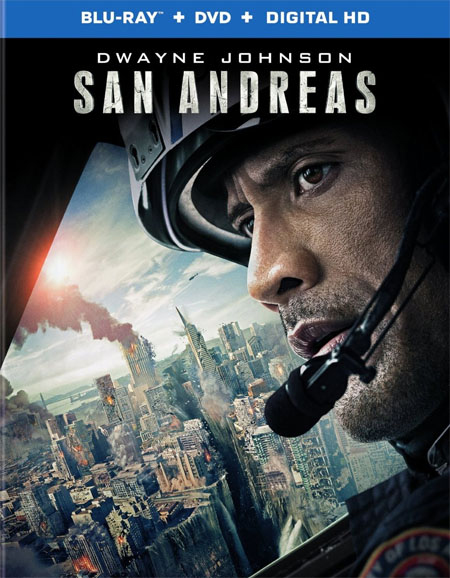 On San Andreas, on the earthquake scenes the sub did a really decent job with the LFE channel, even though I was able to pinpoint its location most of the time. I tried to remedy this by decreasing the volume but the frequency response was so much stronger in the 40-60 Hz region that when I turned it down enough so that the 30-40 Hz and 60-80 Hz regions weren’t overly boomy, I lost those regions for the most part.

My receiver has Audyssey Room Correction and I used it to try and achieve a better blend. It helped, but it didn’t clear up the localization problem entirely. So I moved the sub to the front wall of the room (which isn’t the greatest placement option for me). This helped create a more seamless blend and this was the way I enjoyed the RCC Nano 1 for the remainder of my time with it.

It also crossed my mind that the characteristics I just described could be remedied by a second sub placed at an asymmetric location inside the room as this would give an even smoother response across the subs’ frequency range. This is one great benefit of the RCC Nano 1’s small size, most users could find ways to practically tuck a few of these into any room.

The work I needed to do to get the best sound out of the RCC Nano 1 is more of a room-dependent issue than an issue with the subwoofer. Once it was dialed in, the sub did produce a surprising amount of mid and mid-low bass especially considering the diminutive box size.

The main point of having a sub, in my setup, is adding another half octave to music and movie explosions, which this sub didn’t do a whole lot better than my tower speakers. It did, however, add more weight to the low end. This would be an even greater benefit if your speakers are a little limited in the mid and low bass. This area is the prime target for a product like the Asrtison RCC Nano 1, not to add to a set of full range tower speakers but to a pair of satellites that don’t go much below 80 Hz but sound stellar above that.

“There’s no such thing as a free lunch,” my undergrad mentor used to say. That pretty much sums up my impression of this sub. It’s very good at its strong points, as long as small size, high output, and flexible setups are your priorities, and not massive SPL or the lowest frequency extension possible. I would absolutely love this company to double the volume of this enclosure and leave everything else the same. I think this would add 5Hz of extension and maybe decrease output by a slight amount, but this would be worth it in my opinion.

As mentioned earlier, this little sub has impressive output capabilities especially when considering its very small size. I would definitely recommend you consider the Artison RCC Nano 1 if you have small satellites and a small room. It would also work for you in a bigger room or with larger main speakers if you want to pick up more than one and place them strategically around your room.