The latest processor from Rotel looks to improve upon the solid quality of the previous RSP-1069. The biggest change is that the RSP-1570 now features four HDMI 1.3 inputs with 1080p / 24 Hertz compliance which also supports the new “Deep Color” and xvYCC video options.

This is a 9 channel (single-ended) home-theater processor with multi-zone (analog only) capabilities, video switching and up conversion. It also is capable of decoding the new HD surround formats. However, there is no room correction, networking, or USB capabilities. For some that will kill the deal, for those that prefer simplicity over bells and whistles this may be the processor you have been looking for. 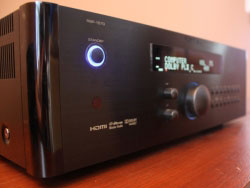 The most noticeable change from the 10 series to the new 15 series is the front panel. The front corners are now rounded, the red leds are now blue, bright blue and the unit is 15/8″ taller than the 1069. The rear panel is identical, and we find no changes to the inputs and outputs. There are plenty of analog and digital inputs. Lacking from this unit is however, is any form of a second HD output (you cannot use both the component and HDMI at the same time), and no digital multi-zone capabilities. The multi-zones are stuck with analog audio and composite video, yet have ample 12volt and IR inputs and outputs. The unit is heavy and solid, with a strong chassis and secure posts and jacks.

The remote is almost identical to the previous RSP-1069’s and while not very modern-looking, it is a powerful and flexible remote in terms of programming. It can be programmed with codes, learn commands, do macros and more. Unfortunately, there are some direction issues; if the remote is not facing directly at the RSP-1570, it will not respond. This is unlike my Denon remote that will bounce the signal off the ceiling and the receiver will respond.

In my system, the RSP-1570 was connected to a 5ch Rotel RMB-1085 powering Raw Acoustics OB3x’s in the front, Raw Acoustics OB2x’s in the rear and a Paradigm CC330 center. All bass from 60Hz and down was directed to a Velodyne in-ceiling 12″ subwoofer with built in room correction. For SD DVD and SACD I used an Oppo 981-HD, and my HTPC handled music and HD video. All video was sent from the Rotel via HDMI to an Optoma HD 200x 1080p projector.

Sadly they did not make any change to either the OSD or the remote control and both seem stuck in the 1990’s. There are two ways of configuring the options, either through the menu or a computer interface, yet there is still no way to configure anything using only the processor’s display. The rear panel bi-directional RS-232 ports finally support a computer setup menu and allows to you configure all the options on one screen. You need a Serial-Ethernet cable, which should be in your box or with your local dealer. Oh and you need a serial port on your computer, remember those? Connecting through your computer allows you to configure everything that you could using the main menu. This includes crossover points for different surround formats, assigning the 12v triggers, and setting the speaker levels. You can configure the input names and connections. For example, with my HTPC I renamed the Video3 input to Computer, Audio set to HDMI and Video set to HDMI 1. 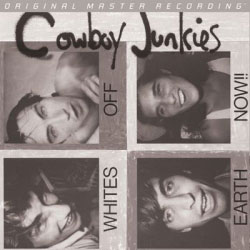 First thing I did was to swap out the RSP-1069 so I could do a direct comparison. Using the Cowboy Junkies Whites Off Earth Now played through my HTPC I was unable to detect any sonic differences between the two units. Both were able to convey the sense of space and the dynamic range of the recording. Try as I might, I could not detect anything that was different. This is not a bad thing, as the RSP-1069 is a fantastic processor for music. 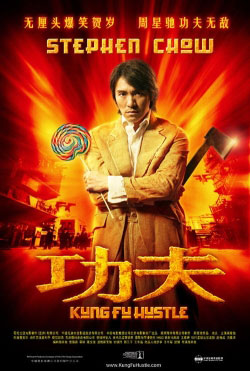 Playing the SD DVD Kung-Fu Hustle from an Oppo 981HD presented no discernible difference from the 1069, and again this is a good thing. The 1080p video Planet Earth in x.264 format played from my HTPC also showed no noticeable difference in either audio or video over the 1069. The video portion is the one area that could have improved. The difference was slight when comparing the Oppo’s up-conversion to the Rotel’s, but noticeable once detected. The Rotel softened the picture just slightly, and blacks were slightly better when bypassing the Rotel’s scaler. The issues were hard to detect and if you did not know what you were looking for you would not notice any. Ignorance is bliss in this hobby sometimes. The good news is that the processor passed 1080p material without any processing. It should also be noted that this processor will not pass the HDMI signal when turned off. 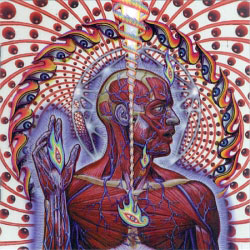 For comparative analog audio I put the processor up against a Marantz PM-8003 integrated amplifier. The Marantz was used as a pre-amp only and amplification came from the Rotel RMB-1085. Source for this test was a Onix XCD-88 HDCD player playing Lateralus By Tool. This disc is a torture test for dynamics and control with intense drum-work laid over electric guitar and solid bass lines. At normal (loud) volumes the difference was not worth mentioning. At louder levels, ok, very-loud levels, the Rotel had a slight upper-hand with mid-bass control, noticeable with the kick-drum and bass-lines. It was at soft volumes that the difference was clear. The Marantz kept its warm and lush tone yet the Rotel seemed to lose its impact and sounded flat compared to the Marantz.

Overall the build quality is great and the audio is flawless. The video up-conversion is still not the best with all displays, fortunately 1080p is passed without any processing. There is no room-correction system as Rotel feels this is more effective when performed by a qualified professional rather than the end-user. It does seem strange that features available in some $500 receivers are missing from this unit, but keep in mind, the target market for this processor is more likely to want separate video and room correction processors. This is not a “bells & whistles” product. With receivers and processors features will drive the decision. In my setup I do not require room correction with my main speakers, nor do I need extra video processing, and therefore lacking these features was not a problem for me.

If you want all the latest connectivity and configuration abilities, the Rotel will leave you wanting more. But, if you want great sound, a solid build, and ease of use (these are really the things that count), the RSP-1570 should be on your audition list.