When the term processor is used, it is very often part of a discussion about audio/video separates. While a receiver is really a pre-amplifier and amplifier in one, the processor came about by separating the pre-amplifier and amplifier into multiple audio components. The theory behind this was that having separate components would allow for greater fidelity by allowing for more choice of amplification and componentry at various price points. It was also intended to alleviate the expense of replacing amplifiers whenever the processing side of the receiver had to change. Like the receiver, today’s audio/video processors are at the heart of any home theater system. The processor connects all the devices in your home theater including your television, Blu-ray and DVD players, cable and satellite boxes, gaming systems, media servers, and even old legacy devices like CD players. Besides offering all that connectivity, the processor is first and foremost a pre-amplifier (or pre-amp) which serves to process and decode everything from two-channel stereo up to 11.2 channels of immersive 3-D surround for formats like Dolby Atmos, DTS:X and Auro:3D. The processor is also responsible for routing the video signals from each source device to your television. While some processors are still able to handle legacy analog video inputs, the trend is to support the latest HDMI formats with support for HDCP2.2 and 4K UHD video codecs. Today’s processors support a wide range of speaker configurations, from stereo and traditional 5.1 and 7.1 surround systems, up to the latest 11 channel systems with multiple pairs of height channels and multiple subwoofers. External amplifiers must be purchased for use with a processor, but this is also part of the fun since amplifiers are an entire product category with lots of options. Like a receiver, the processor has often included a tuner for AM/FM radio, but todays’ processors can now include such things as an HD Radio tuner, room correction, multi-media connectivity, multi-room and multi-zone connectivity, and control apps for your favorite phone or tablet. Our reviews and bench tests cover the full range of processors and offer insight into product design, setup, operation, the features and functionality that matter most, and of course how the processor performed and sounded in our home theaters. Our processor reviews will help you decide which processor is right for your home theater and your budget.
Home
Receiver and Processor Reviews
Processors 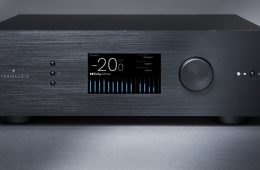 Have you been looking for an absolutely top-notch A/V processor for your immersive home theater system as well as a single amplifier that can drive 16 channels with authority? The team at StormAudio heard your prayers and has delivered the ISP Core 16 Preamp-Processor and PA 16 MK2 16-channel power amplifier we have here today 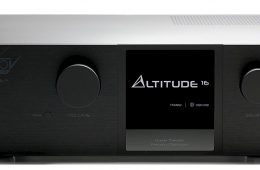 The Trinnov Audio Altitude16 is a unique AV processor. Let’s see what makes this high-end reference processor so special. 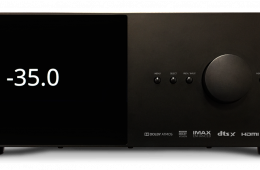 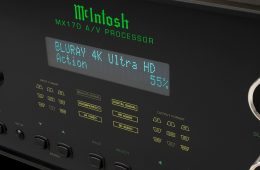 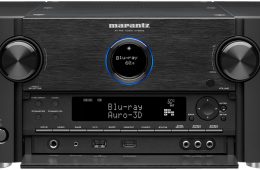 The AV8805 is the latest generation flagship A/V processor and preamp from Marantz. Featuring support for up to 13.2 channels of immersive sound, the... 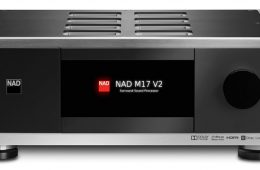 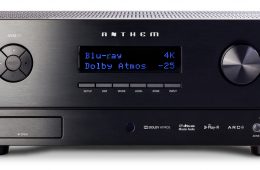 The Anthem AVM 60 is an 11.2 channel preamplifier-processor which supports both the Dolby Atmos and DTS:X object-based audio formats, as well as the Dolby Surround and DTS Neural:X upmixers. The AVM 60 includes Anthem Room Correction (ARC), DTS Play-Fi and is ready for 4K UHD TV and UHD Blu-ray with support for HDMI 2.0a, HDCP 2.2, HDR (high dynamic range), BT. 2020 wide color gamut, and Dolby Vision. 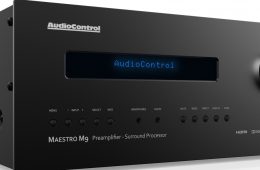 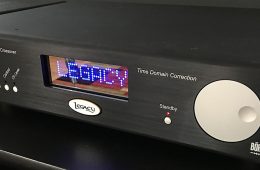 A stereo preamplifier, a DAC, a digital crossover with room/speaker correction ability - all in a tidy, handsome package. And it's not strictly just for Legacy speakers either! 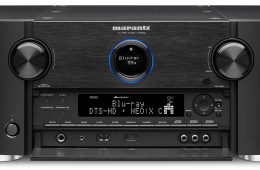 When I reviewed the Marantz AV8802 processor late last year, I mentioned that Marantz was planning on offering a free upgrade to DTS:X, which is the competing 3D surround format from DTS. While the AV8802... 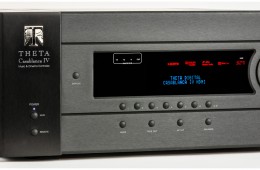 The Casablanca platform dates back to 1996. Designed with an upgradeable architecture, Theta has offered continuous hardware and software upgrades to stay current with the demands of the A/V technologies. 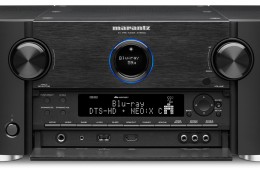 The Marantz AV8802 defines what it means to be a flagship A/V processor and preamp. Featuring support for up to 11.2 channels of immersive sound, the AV8802 includes Dolby Atmos, Dolby Surround, and the complete Audyssey Platinum suite. It can be optionally software upgraded to support Auro-3D and even the hardware can be updated to the latest HDMI 2.0a standard so the AV8802 is ready for the future of 4K and HDR video content. 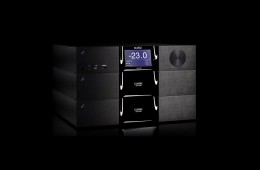 The Sigma SSP is Classé's newest 7.1 channel surround sound processor. Classé optimized it for two-channel music playback and gave it extensive customization features. Included in this review are the Classé Sigma Amp2 two-channel amplifier and Sigma Amp5 five-channel amplifier. The combination of the Sigma SSP, Amp2 and Amp5 produces exceptional sound quality for both music and movies. 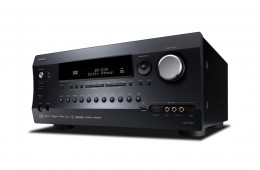 The DHC-80.6 is the current top-of-the-line 11.2 channel processor / preamp from Integra. It includes support for Dolby Atmos as well as the latest Dolby Surround upmixer, which can create a 3D surround experience... 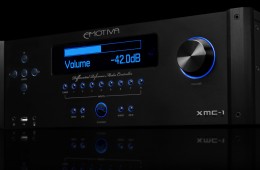 Emotiva has earned a reputation for delivering great quality products at a substantial value to their customers. Emotiva has come a long way with their processor line, and this review covers the Emotiva XMC-1 Gen 2 which is a 7.2 channel preamplifier/processor (SSP).