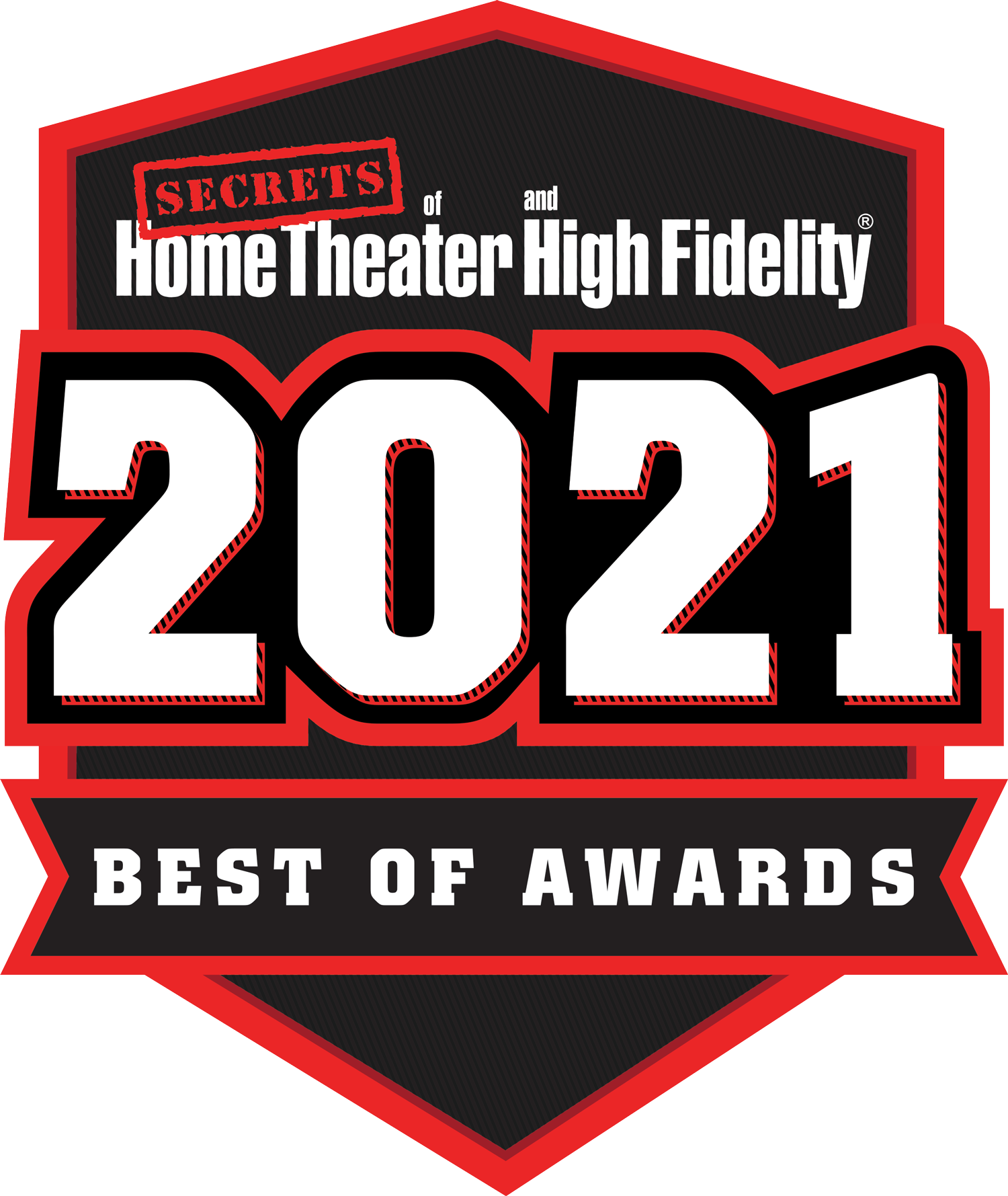 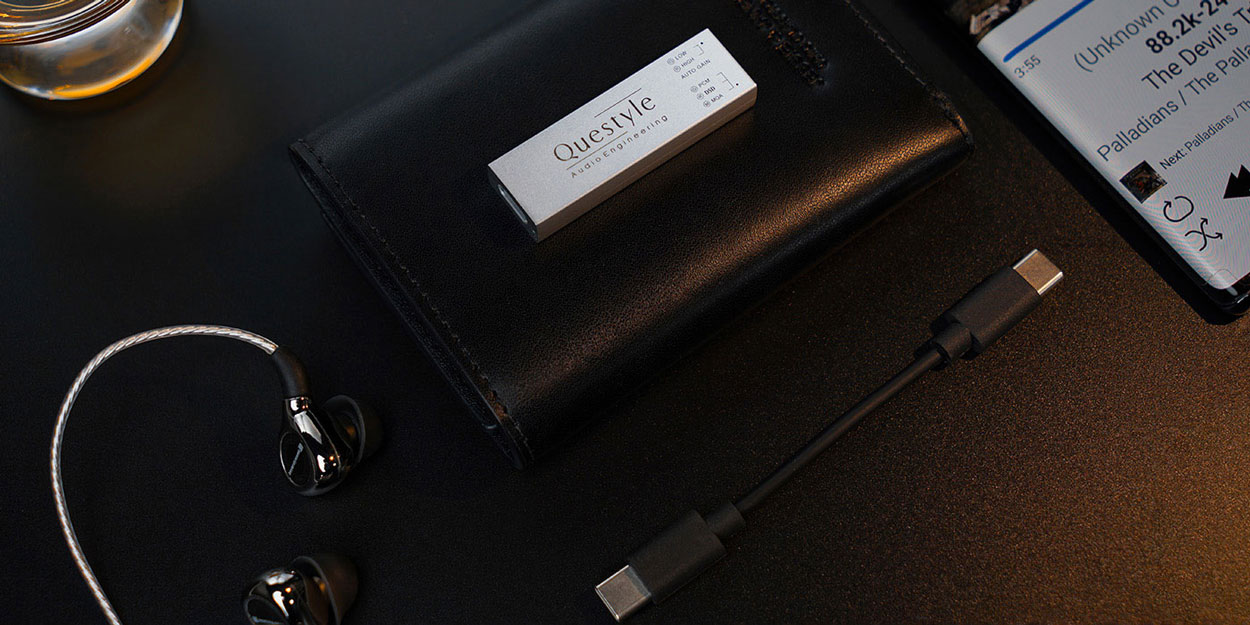 Generally, if I’m home, I’m listening to music. And for years, when on the road, I like to take my music with me. In years past that meant compromises. My iPhone had no headphone jack, and I carried a small portable player for the road. Now, we’re seeing products that can deliver lossless files or streaming music in much higher quality than we had access to before. With my iPhone, the M12 can finally give me a headphone jack, a decent amplifier, and a DAC that can render any kind of music file, resident or streamed. Hooray!

A device like the M12 can get you audiophile quality music, by bypassing the usually barely acceptable electronics in the audio section of a mobile device or a laptop.

The M12 from Questyle is smaller than most USB thumb drives, yet it has the circuitry to deliver high-resolution audio from any audio file, including DSD and MQA format, and it easily attaches to an iPhone or Android device, or a laptop or desktop PC. In my tests, the Questyle held its own against far more expensive DACs, and in a very small and convenient form factor. LED lights indicate the format of the source being input and I found the Questyle M12 could drive every headset I plugged into it. The M12 also has a unique Auto-Gain feature for impedance and volume matching. 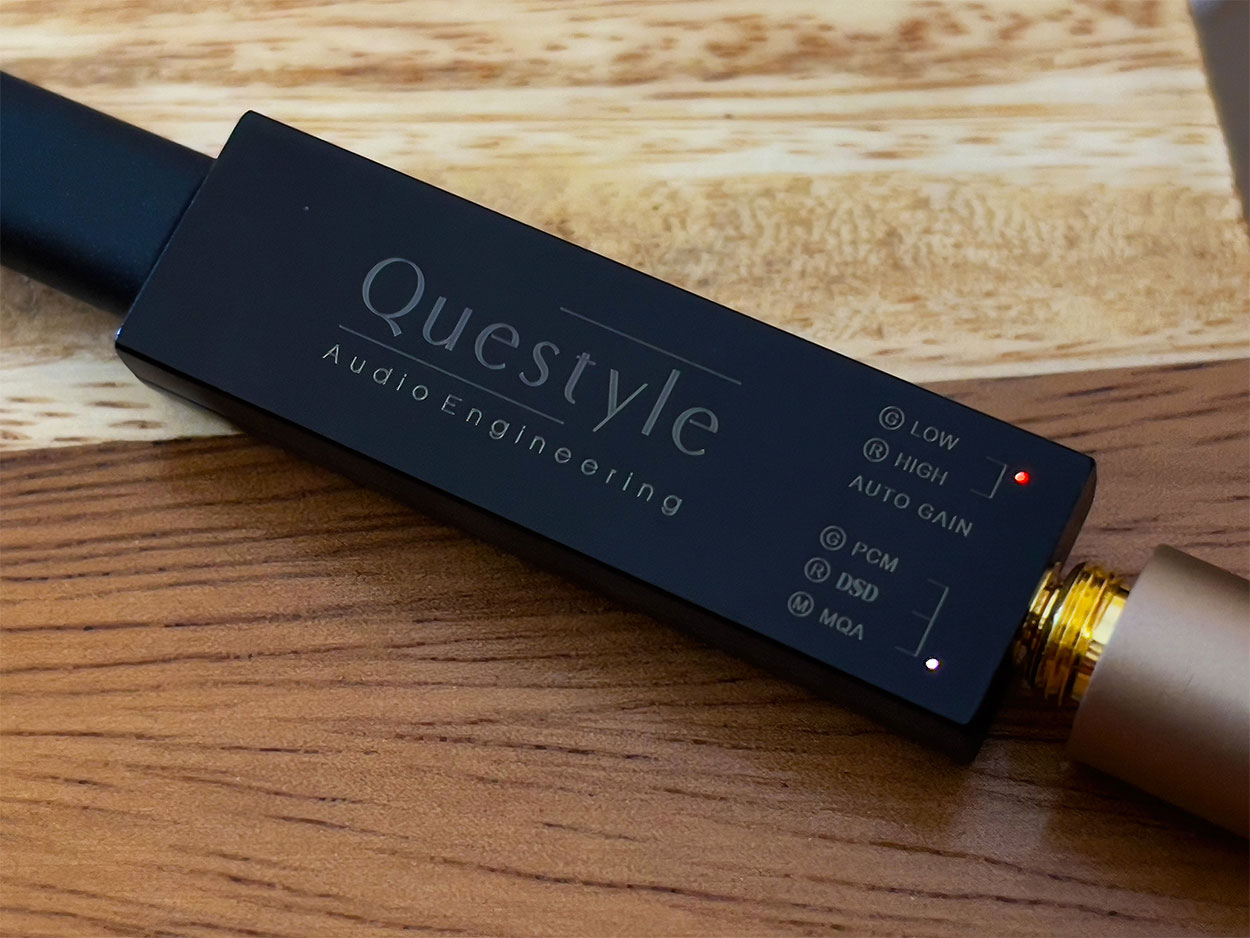 iOS (You need to buy an OTG cable for Lightning to Type-C.)

Physically, the M12 is attractive but diminutive. The M12 uses an anodized aluminum sandblasting process to create two typical colors of Questyle style: Classic Black and Stylish Silver. I was sent the Classic Black for review. It’s small and hardly noticeable when plugged in. The distinguishing features are the LED lights that identify the volume setting and the source format. 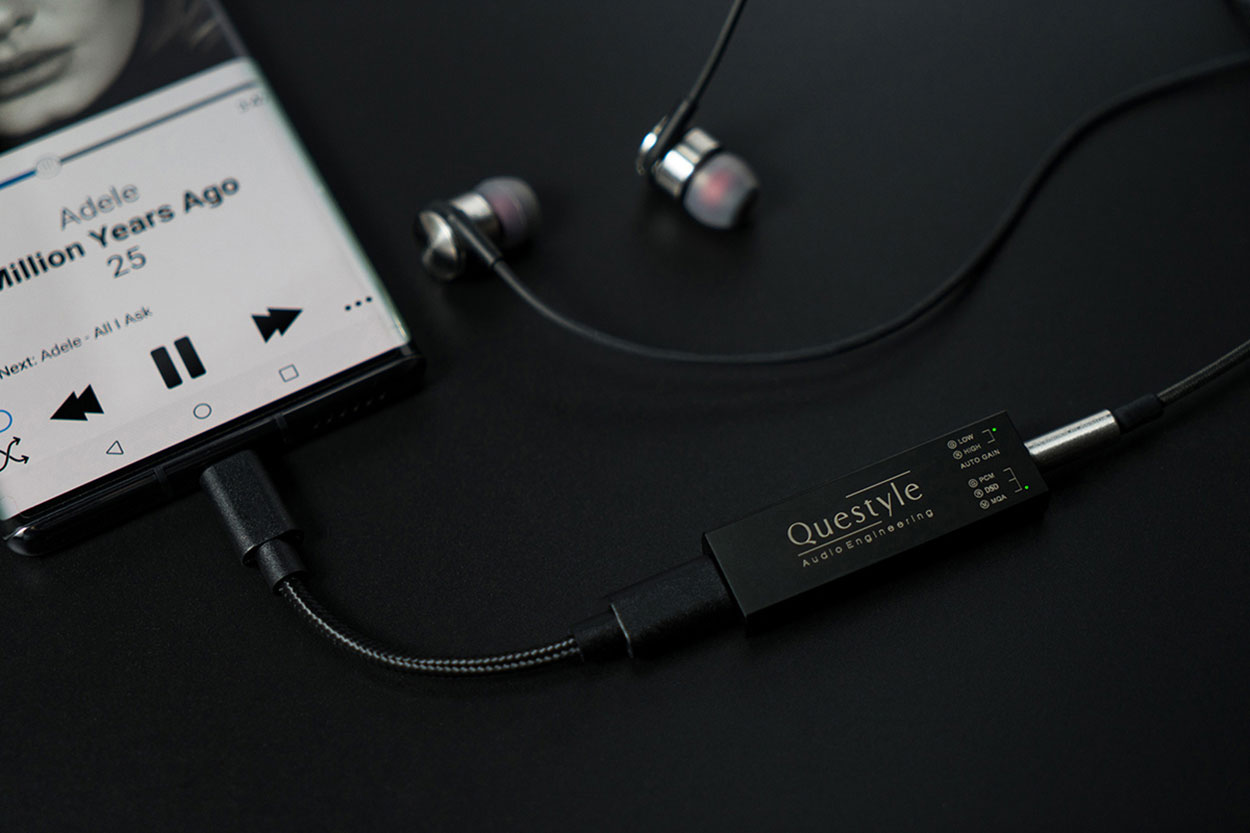 The M12 is an easy hookup to almost any device. The M12 is fully compatible with Android 5.1 and above systems on popular smartphones and tablets. For PC, it supports Mac OS and Windows 10 version 18.3 and above with no additional driver installation required.

One problem with portable amps and DACs for headphones has been power output and impedance matching. Questyle has tackled this with their patented “Current Mode Amplification” technology, which is the fundamental difference between Questyle’s hardware and other devices. Benefiting from Questyle’s self-developed SiP Current Mode Amplifier module, M12 is claimed to be “free from the power limit of operational amplifier chips and provides a totally different sound performance with the ultra-low distortion level of 0.0003%. It has high current output power and excellent sound control.”

Questyle has designed the M12 to match any headphone and drive it without distortion.

“When M12 is plugged into a headphone, the built-in smart detection system will start automatically to detect the headphone impedance and self-adjust to fit the headphone. The M12 will self-adjust to a high power level to drive high-impedance headphones with the Gain indicator showing a red light, providing excellent dynamic performance. When driving low-impedance and high-sensitivity earphones, M12 will reduce the output level and accurately match their impedance, with the Gain indicator showing green the light for low impedance.”

Many portable DACs don’t support DSD or MQA, and MQA is increasingly getting a foothold in the streaming world. MQA (Master Quality Authenticated) files are supported by the M12, which includes MQA Renderer technology, which can connect to an MQA Core signal and complete the final unfold of an MQA file. The M12 LED glows magenta to indicate that the unit is rendering an MQA stream or file.

This diagram explains the helpful LEDs. 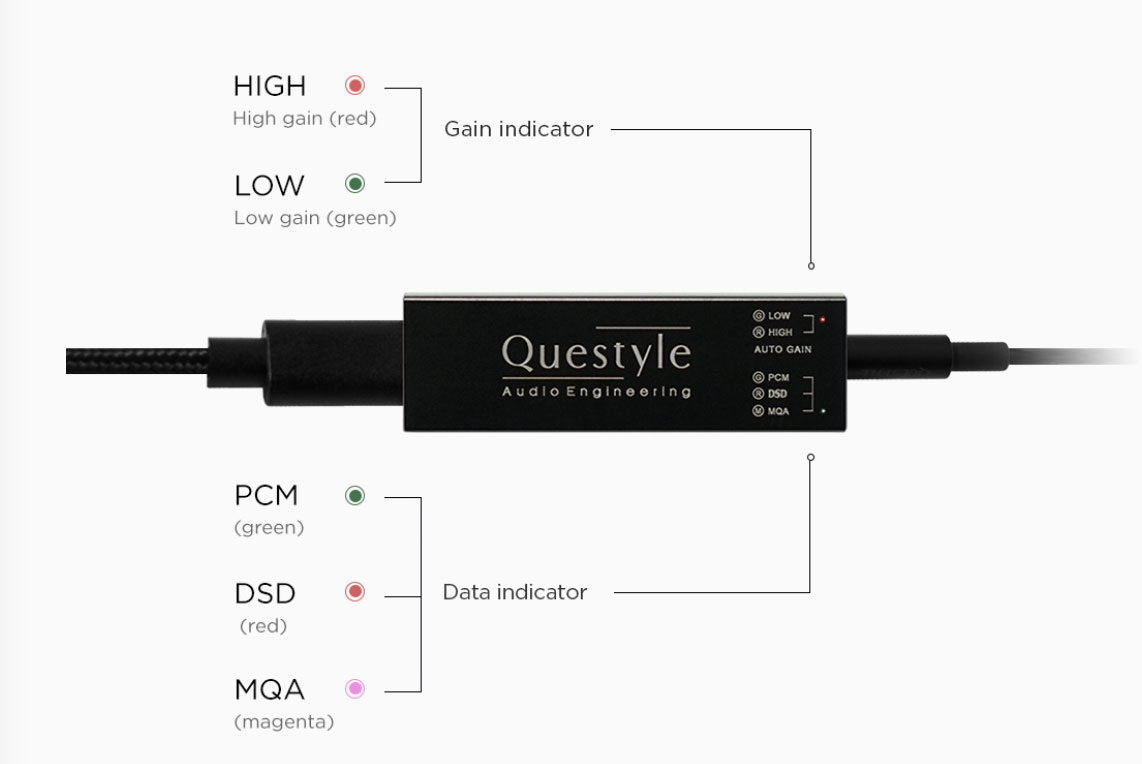 The M12 comes in a small box, with the DAC well protected. On the bottom layer of the package are two cables. One is a standard USB A plug, designed for laptops or computers. The other end is a USB C plug, that connects to the DAC. On the other end of the M12 is a 3.5” headphone jack. If your computer offers a UBC C jack, there is a USB C to USB C cable. The packaging is nice, but the instructions are silver type on a black background. A bit much for my tired eyes to read without a magnifier. 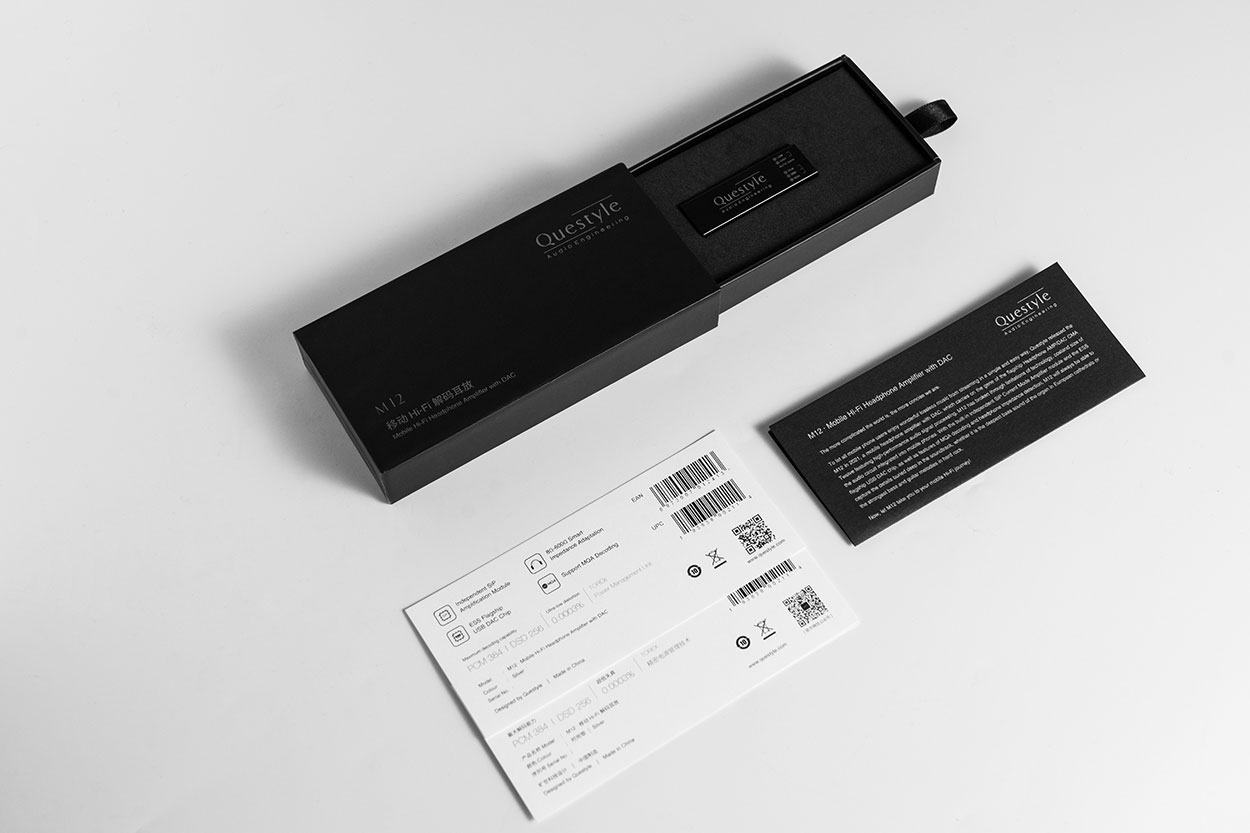 An iPhone that requires a Lightning connector will need a Lightning to USB C cable. One is not provided but is available from Questyle, or even Amazon.

Questyle provided my review unit with all 3 cables. I set it up on my MacBook Pro, and the M12 was immediately recognized as an audio output option, so I could plug the M12 in via USB C, select some audio files, and away I went.

I have a Tidal subscription, so I tried that as well with the Tidal app. The app immediately recognized the M12 and asked if I wanted to route audio to it. I did something similar with my Roon setup and could play any files from my Roon server straight to the M12 with headphones attached. Neither Mac nor Windows devices need any special drivers to use the DAC, same goes for Android and the iPhone. On the iPhone, I played some music files with the built-in Apple Player and then moved on to Tidal to see if, when playing MQA files, the MQA LED lit up. It did.

Since setup was so easy it was time to move on to music. I have all kinds of files on my laptop and desktop, which I tested, and my MacBook Pro is set up as a Roon Endpoint so I can play FLAC, DSD, and MQA files over my local network. I was interested to see (and hear) how these high-resolution files sounded.

One note that I think is important. Any listening tests involve a chain of devices from the original microphones, the mixing console, the mastering equipment, the final mix, the playback device, and finally the DAC, amplifier, and headphones themselves. What I look for is to hear the music as purely as possible, without obvious or subtle artifacts taking away from the original performance. I’ve heard many of these recordings several times over the years so usually it’s pretty easy to hear a change, and if the only change comes with a new headphone amp or DAC, and I hear a difference, the new equipment is likely the culprit.

I listened via a variety of headphones whose characteristics I am familiar with. Brands include Focal Clear, Sennheiser, and HIFIMAN.

Listening on the MacBook Pro 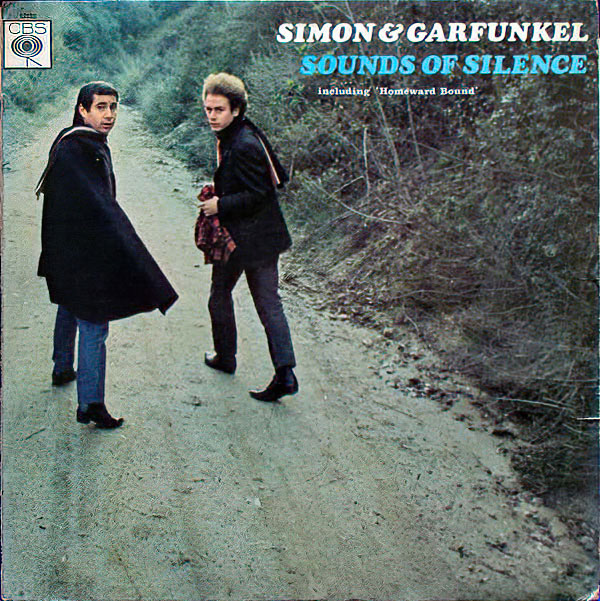 Simon and Garfunkel “Sounds of Silence”

Simon and Garfunkel – Sounds of Silence – Leaves That Are Green – I listened to my high-res recording playing through Roon, and the same track played in MQA with Tidal. Adjusting for levels the tacks sounded essentially the same. This is a beautifully mastered recording. I could not hear anything the M12 took away from this track. As a test, I listened to the same track using the regular headphone out of the MacBook Pro. This showed a marked difference in audio quality.

The sound of the guitars sounded a bit congested, and the entire track was not as ‘clear’ as it sounded on the M12. It was almost as if I was listening to a 2nd or 3rd generation copy. 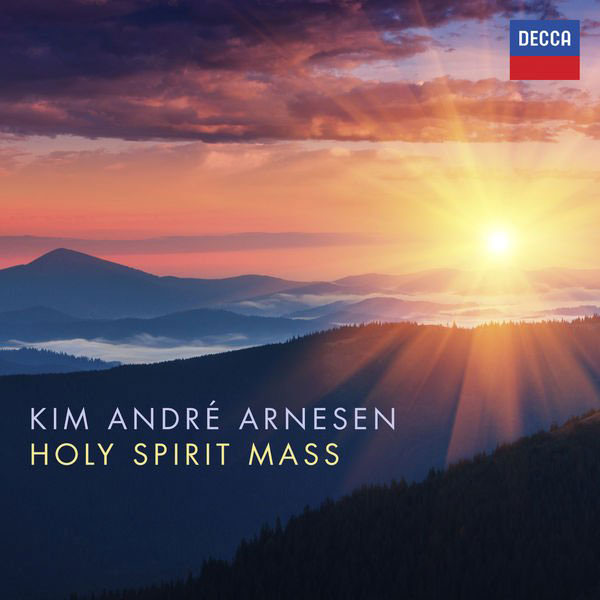 Holy Spirit Mass – Arnesen – A lovely and stirring recording of choral music. I compared my 16-bit FLAC file playing from Roon to the MQA file streamed from Tidal. Although I’m not largely enthused by the MQA proprietary format, I thought on this recording that the MQA stream seemed to have just slightly better dynamics and low-level detail. The differences were very slight but audible. 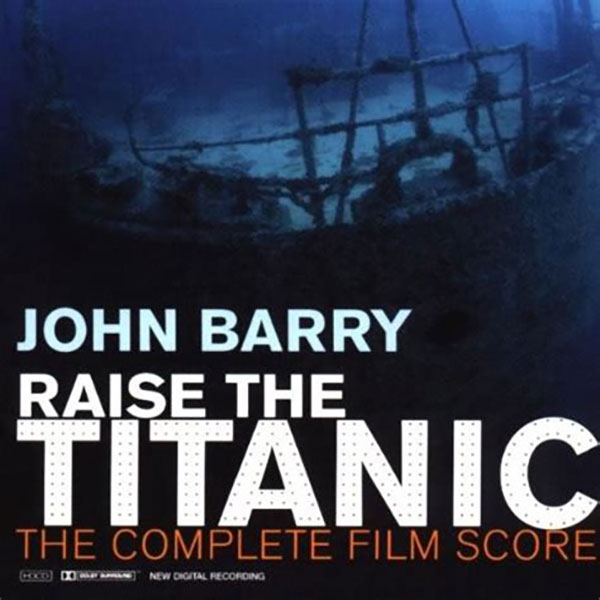 Raise the Titanic – City of Prague Symphony – A re-recording of the great John Barry film score. I listened to my 16/44 FLAC and the same tracks on Tidal. I could not discern any difference, but the same tracks did not sound as good coming out of the MacBook Pro headphone jack using Apple’s built-in audio hardware.

Listening from the iPhone

My iPhone 12 has no headphone jack, so without a special adaptor, I can’t compare the native headphone output to the M12. I did listen to a variety of music both streamed from the Tidal app and from my small stash of Apple AAC (Advanced Audio Codec) that are resident on the iPhone.

The M12 rendered everything nicely. I thought the tracks played via Tidal streaming had generally (but slightly) better dynamic range. 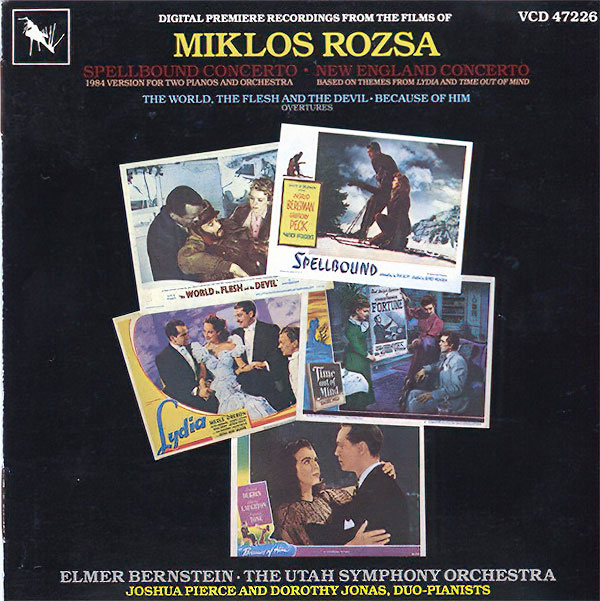 New England Concerto – Utah Symphony – A wonderful showpiece for 2 pianos and orchestras by Miklos Rozsa. This is an AAC file that sounded quite good playing through the M12. The only thing I can compare it to on the iPhone are the Apple headphones. No contest. But I was comparing two different headphones, one using Bluetooth (Apple) and one directly connected to the M12. 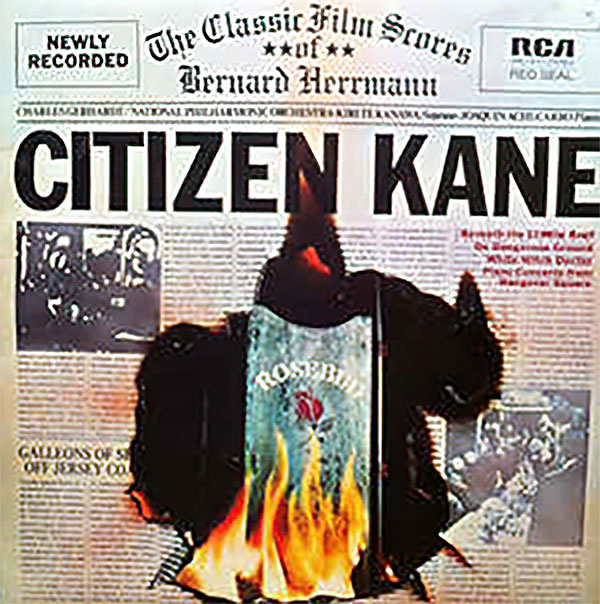 Bernard Herrmann – White Witch Doctor – The Talking Drums track is always a great test of bass and dynamic range. The M12 acquitted itself very well. It was hard to believe I was listening to this track on an iPhone. 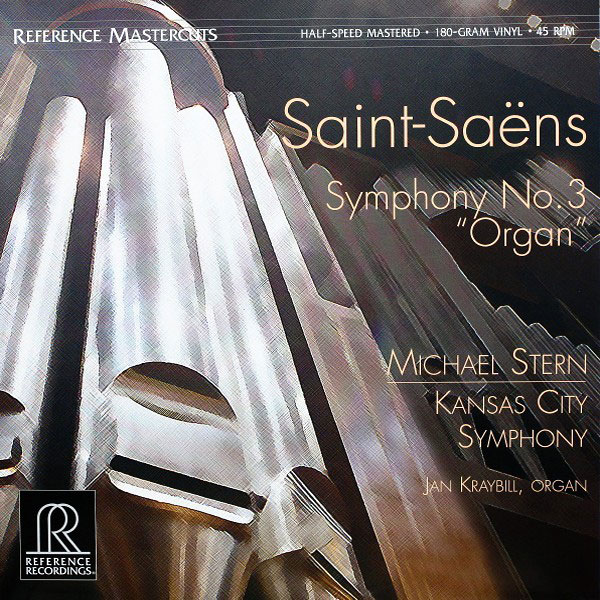 Saint Saens – Symphony no. 3 – This is the famous Organ Symphony for Orchestra, Organ, and pianos with deep bass and lovely string music. Again, listening through the M12 on my iPhone didn’t seem to sacrifice anything.

I listened to every Tidal track I heard on my laptop connected to the M12 on the iPhone as well, with the M12 inline. I heard no difference, which is as it should have been.

For avid music listeners who want to take quality music on the road, the Questyle M12 is a terrific solution. It’s not the only solution of course, because you could also travel with a dedicated music player. But it’s another thing to carry and another thing to keep charged. There are other DAC/headphone amps available too, and I have auditioned a few. None sounded better than the M12.

I think the Questyle M12 Headphone Amp and DAC is a great, no-compromise solution for mobile music. You’ll want a good streaming source, like Tidal, Spotify, or Apple Lossless Music. There are many more streaming sources of course. You can play high-resolution files locally as well, and there are 3rd party solutions for FLAC playback on Android, and a few for iOS. As noted, the M12 plays Apple encoded lossless files just fine. 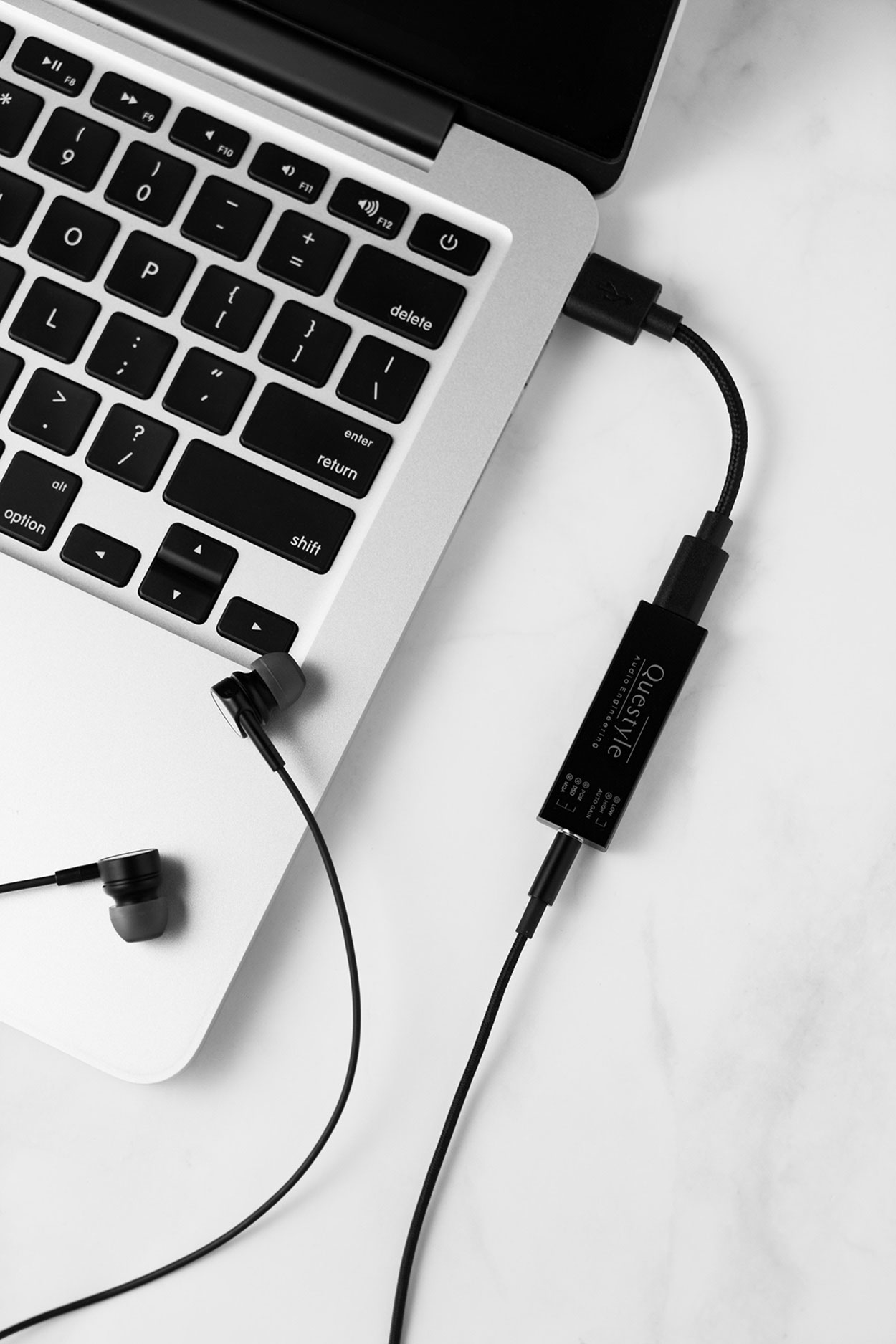 At $139.99 this small little device packs quite a wallop. It adapted to any headphones I plugged in, automatically giving a good impedance/volume match.

It flawlessly identified the format of the music I was playing on its colored LEDs. Setup is truly simple. It’s plug-and-play with both computers and mobile devices. Finally, and most importantly, I could not detect the M12 having any adverse effects on the source music. No noise, no grain, no distortion. At the end of the day, the Questyle M12 Headphone Amp and DAC sounded just fine. I found it easily worth the money. Just to get a decent headphone output on my iPhone is worth the investment. Bluetooth solutions just don’t sound as good.