Well-known and respected speaker manufacturers like Focal have jumped into the arena with some first-class offerings, and in parallel, we’re seeing a whole lot of headphone amplifiers coming on the market as well. Now, Wells Audio has a unique headphone amplifier that allows you to tailor its sound to taste and to the strengths of your favorite headphone brand, and it offers a unique combination of solid-state circuitry to provide power, and tubes to increase musicality. The Wells Audio headphone amp simply does things other headphone amps can’t, and for that reason, I was eager to hear how it sounds.

The Wells Audio Dragon headphone amp is not a simple plug-and-play device. At first glance, you’ll see two tubes on the chassis, and dip switches to let you customize the amp to your pleasure. This is not a headphone amp to simply take out of the box and switch on. You’ll want to listen closely to your favorite headphones and begin to let the Dragon make the most of your transducers. The Dragon will appeal to audio purists, who want to get the most out of their experience, and Jeff Wells, the designer, is to be complimented for taking such a radical and interesting approach. While not the cheapest headphone amp available, the Dragon is far from the most expensive and has some virtues not attainable from more conventional amplifiers. 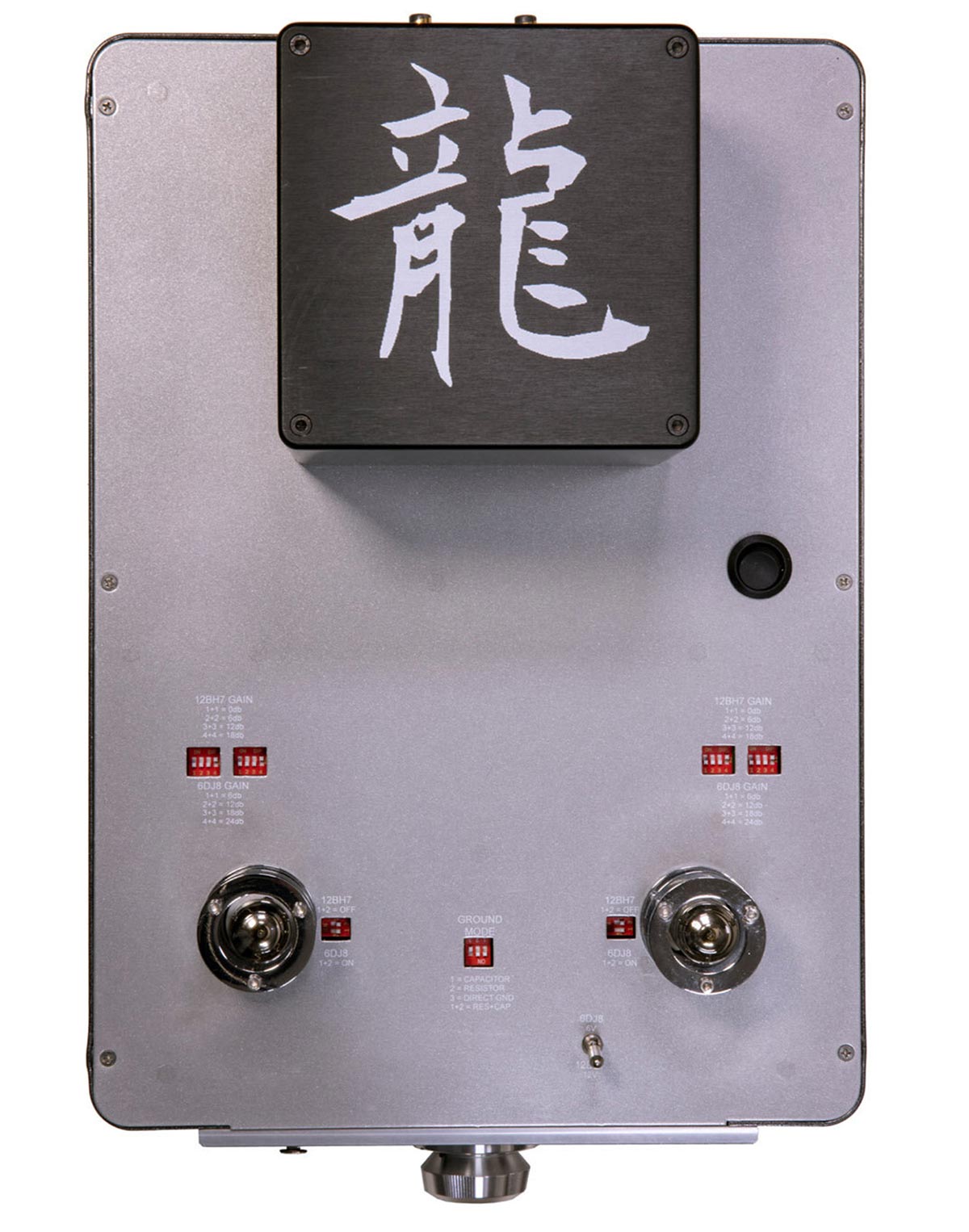 More and more I find a lot of my listening is over headphones. And over the last several months I’ve reviewed a lot of high-end models and listened to a variety of headphone amps. I’d say my exposure to the headphone sound has been broad, and over time I’ve had the opportunity to hear many approaches to design.

While many still listen through the headphone jack of their receiver or amplifier, audiophiles have begun to gravitate toward dedicated headphone amps that have higher quality, and more power to drive challenging headphone impedance loads.

So, it’s fair to say I was intrigued to listen to the Wells Audio offering, a shamelessly high-end product, that uniquely allows a degree of customization. One can even do a tube swap without unplugging or inserting a new tube. 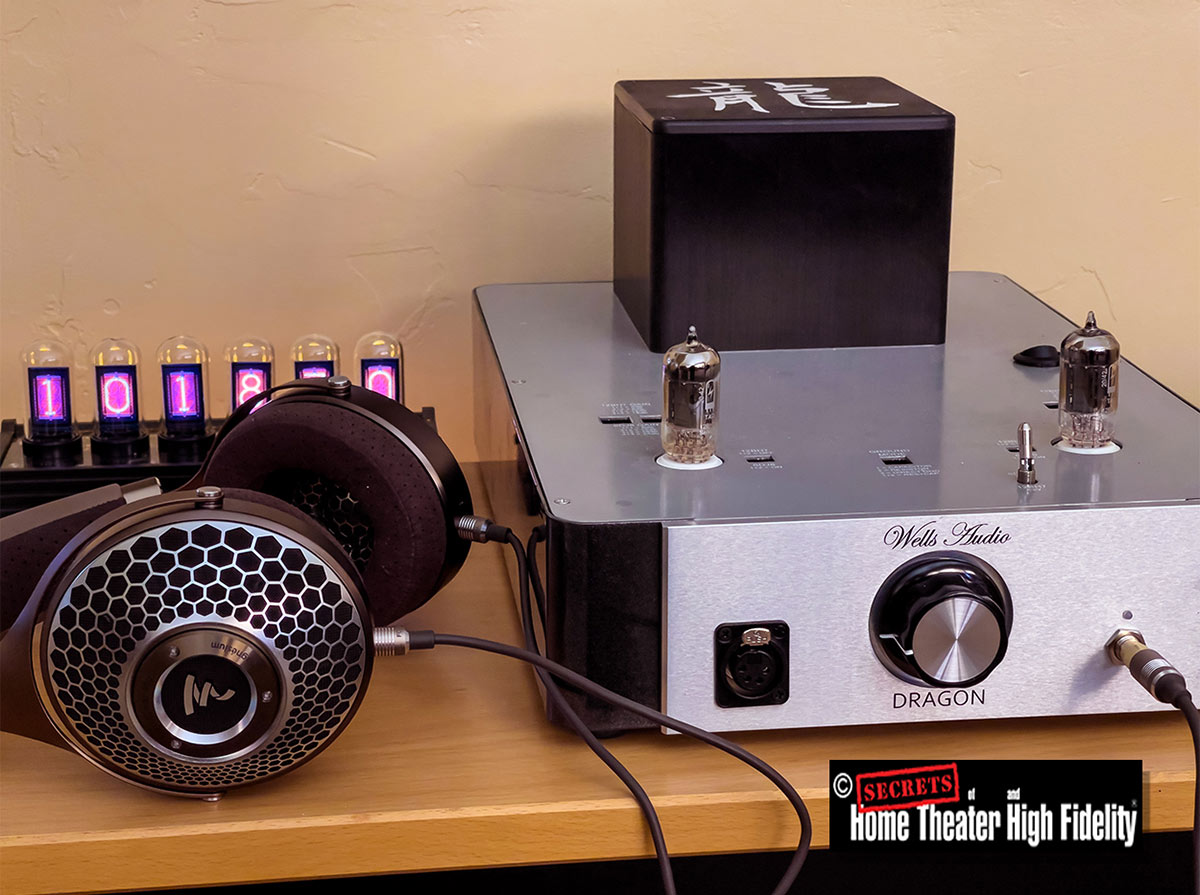 There’s nothing subtle about this product. Wherever it is placed, it will make a statement.

Looking at the front panel, from left to right is a 4-pin balanced XLR output. This is a 4-pin stereo balanced connector for outputting the music signal to the headphones. The manufacturer wants its customers to know that the Dragon headphone amplifier is not a balanced design. This connector is made available for convenience for those customers who choose to use an existing 4 pin headphone cable. Next is a centrally located volume knob, whose purpose will be obvious. 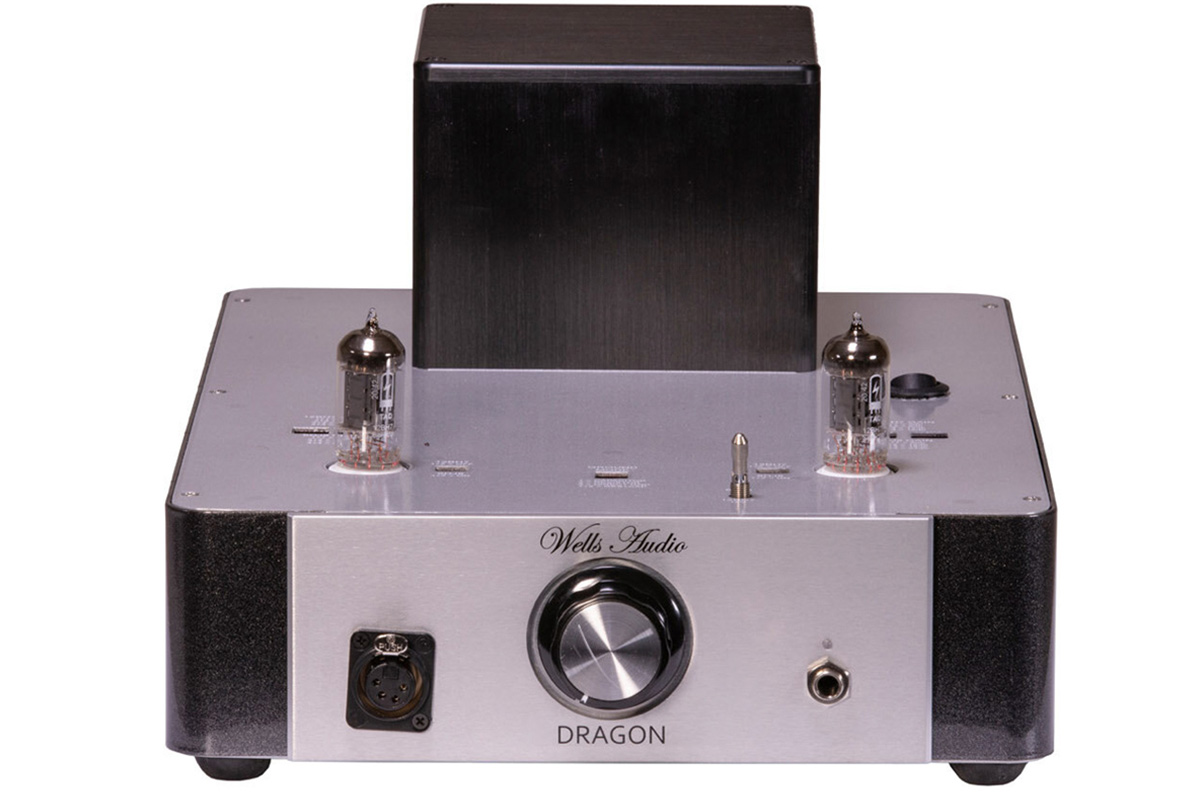 On the far right is the 6.3mm unbalanced stereo output. Directly above this plug is the blue LED that illuminates when the Dragon is powered up. It will blink for approximately 70 seconds while the soft-start circuit is slowly allowing for the amplifier to come up to operating temperature. The signal is muted during this period. When the blinking stops, the amplifier is ready for operation.

The power-on control is a rocker switch on the top panel of the amplifier. As mentioned, you’ll have to wait about a minute for the amp to stabilize, and the LED will glow solid blue.

Back panel features are all labeled. In the center are the RCA stereo inputs. There are also two 3-pin XLR connectors. The amp also comes with a thick, well-shielded power cord that is the remaining item on the back panel. 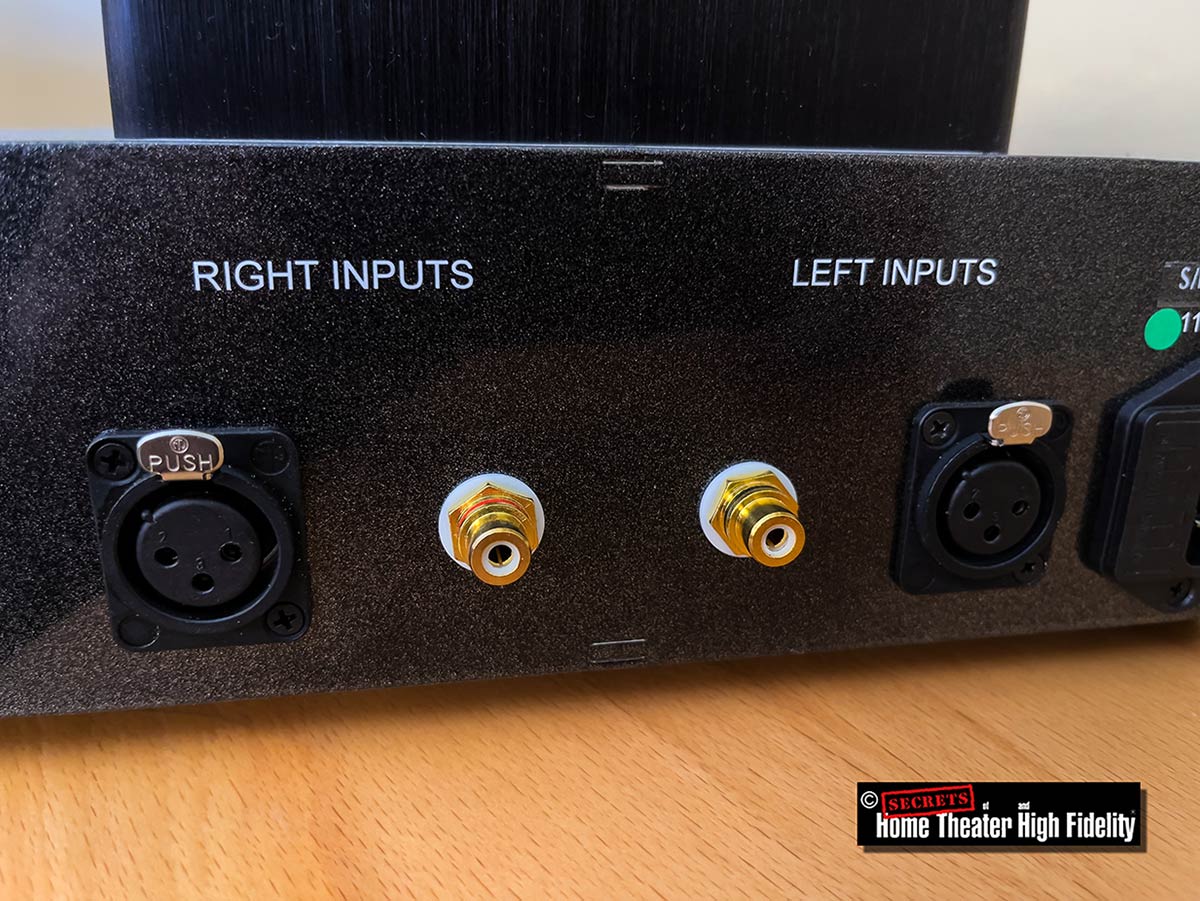 That leaves us the most intriguing top panel, where the controls that distinguish the Dragon reside.

Located closest to the front of the Dragon in the center of the top panel is the access port for the different grounding choices. Position 1 as labeled is a capacitor in line with the circuit ground. Position 2 is a resistor in line with the ground circuit. Position 3 is a straight connection to ground and position 4 is a combination of capacitor and resistor in the ground circuit. Wells Audio stresses that there is no right answer. Users should try all four to determine which one sounds better in their particular setup. To the direct right and left of the ground switch are the switches for switching between the 12BH7 and 6DJ8 tubes.

Above the tube switching ports on the left and right side is the access to the switches changing the amplifier gain. Gain can be set by the switches from left to right for 0dB, 6dB, 12dB, and 24dB of gain per channel (this is with the 12BH7 tubes). With the 6DJ8 tubes, each setting is 3 dB higher. This allows the Dragon to operate optimally with a wide variety of headphone loads. From the most efficient to the most difficult headphone loads, the Dragon can operate at the user’s most comfortable level by manipulating these switches. The printed legend next to each access port will guide a user to the correct switch settings.

The Wells Audio Dragon was shipped in a heavy box with bubble wrap and a custom-cut foam piece that guards the fragile tubes. The Dragon arrived in good shape, and I saw no exterior damage to the packing material.

To start using the amp I plugged in my audio source, at first an Oppo 203 disc player. I turned the Dragon on, waited for the blue LED to stop flashing indicating the unit was at a stable temperature. I connected the Oppo using the RCA outs to the RCA ins on the Dragon. 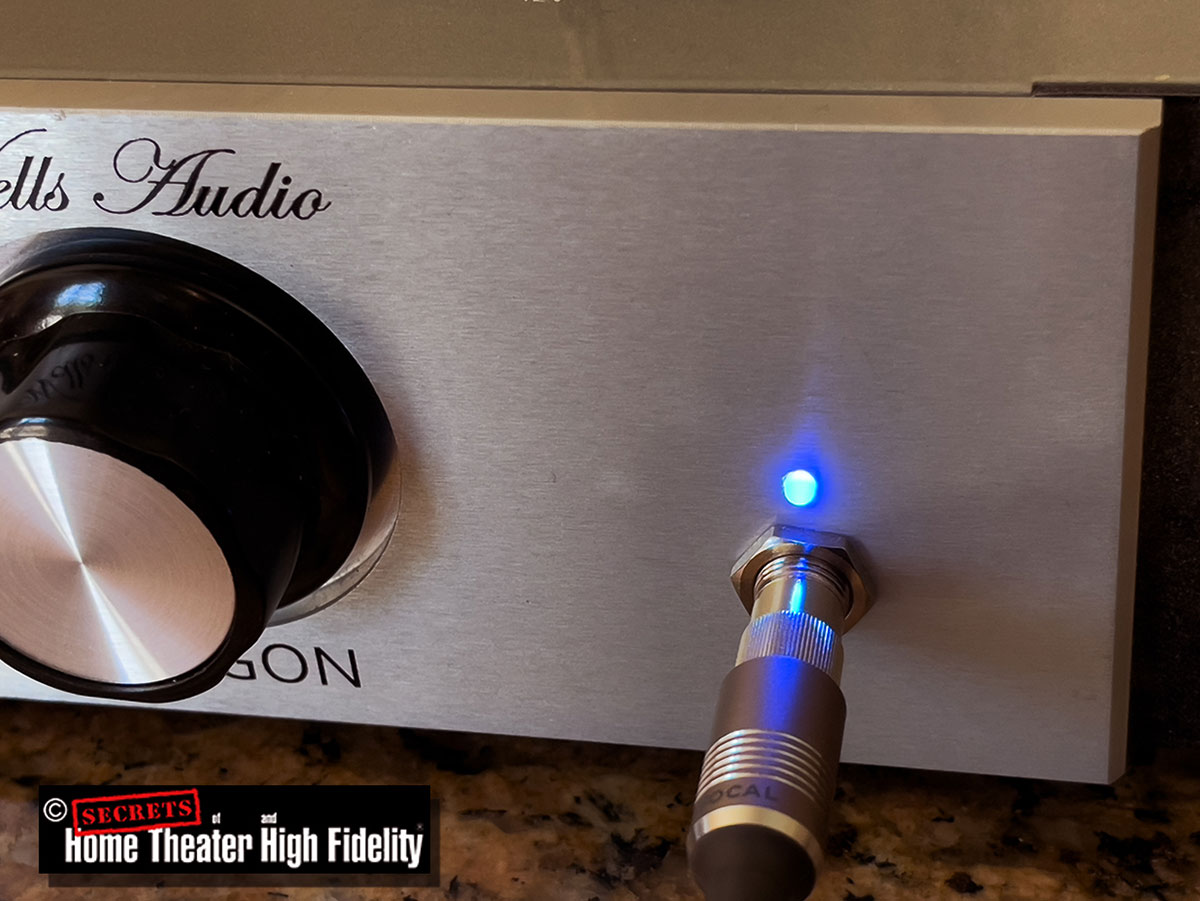 I left all the settings as Wells Audio had shipped the unit with, and tried a variety of SACDs, some Blu-ray audio discs, and some digital files the Oppo was playing back from an attached hard drive.

To try and figure out how any headphone amp sounds, I try a variety of music and switch out the headphone amplifier to see if the amplifier adds or detracts from the overall sound. I play the same track, analog, or digital, through a chain where only the headphone amp changes. That wasn’t possible with the reel-to-reel listening because I only had the one analog source. Everything else was digital, and I switched headphone amps, including the Dragon under review, a Schitt Valhalla 2 headphone amp, a hybrid solid-state and tube amp much like the Dragon, and a Questyle M12 solid-state DAC designed for mobile listening from a computer or a mobile phone.

In addition to the Oppo, I plugged in my FiiO M15 portable player to sample a variety of files as well. On the analog side, I listened to the outputs of my Teac reel-to-reel recorder only playing analog commercial recordings. Headphones used for listening included the Focal MGs, the Sennheiser HD600s, and the recently reviewed Ultrasone Signature Studio headphones. All were easily driven by the Dragon, without adjustment. I could hear no AC hum on any of the headphones.

Some general comments first. The Wells Audio Dragon sounded excellent with the out-of-the-box settings. Most of my auditioning was on the Focal MG headphones, which are very revealing, and let me tell you, they reveal just about everything right or wrong with a recording.

I found the Schitt Valhalla 2 and the Dragon very close in sound. What the Valhalla lacked was any ability to tune the audio output by the flip of a switch and bring another tube into the circuit. Still, both amps sounded a bit mellower, especially in the mid-range on all recordings. This warm midrange is especially notable with vocalists and acoustics instruments. I found both amps to be accurate in the high frequencies, and there was ample bass.

Listening to the solid-state headphone amps (the output of the FiiO M15, and the output of my MacBook Pro outputting my Roon library through the Questyle M12 was also satisfying. The solid-state amps sounded like the tube amps but lacked the slightest bit of midrange warmth. In my listening tests, vocals always sounded better on the tubed-amps, and I could detect a slight bit more of the sound of the room (reverberation) in recordings done in a large venue.

Here are some examples: 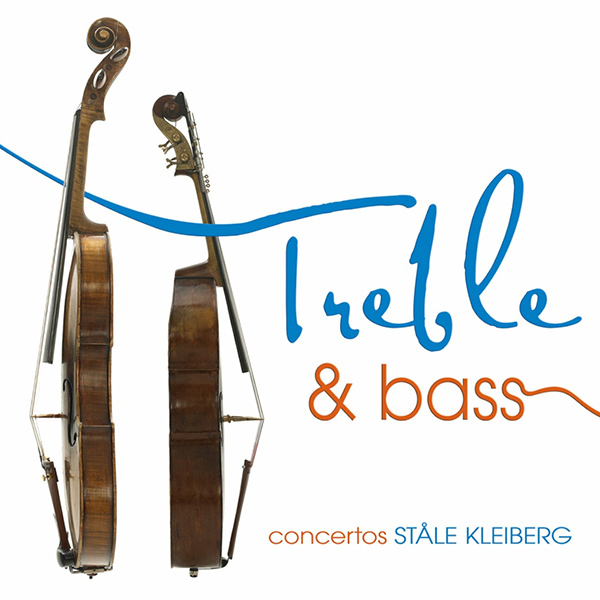 This is a superb 2L recording, that is served well by headphone listening. As it is live acoustic music, it was served well by the tube amps. The Dragon was helped by the ability to switch tubes in the circuit. On this album, I preferred the 6DJ8 tube over the 12BH7, but the differences were subtle. 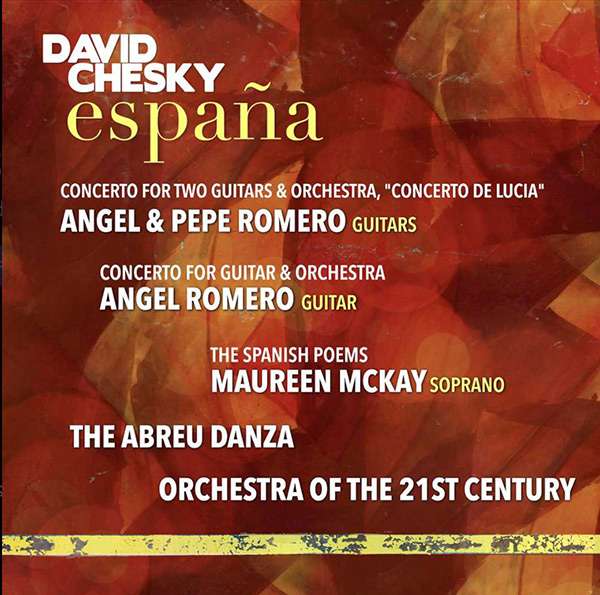 Music for guitars and orchestra, a great recording (48kHz/24 bit) FLAC file. The Dragon was the most pleasing sound to my taste, with the Schitt Valhalla 2 following closely behind. 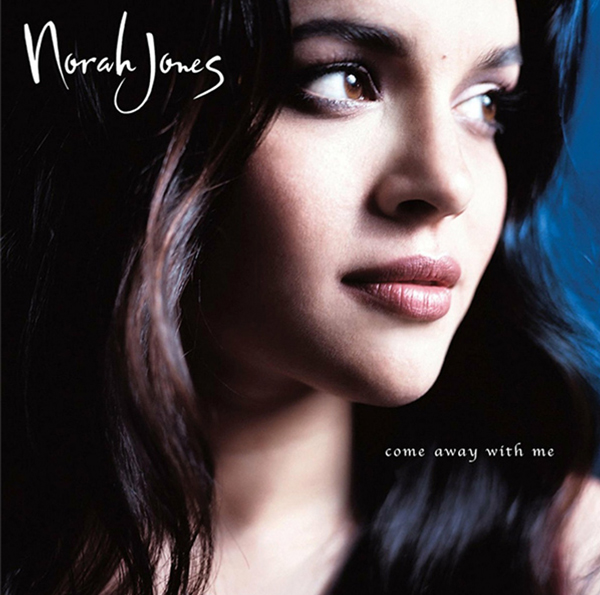 Norah Jones “Come Away with Me”

A fine recording of Ms. Jones, and her debut on Blue Note. The overall mellow sound of her voice along with acoustic instruments was a great match for the Dragon. Again, the 6DJ8 tube sounded the best, but the differences were subtle. 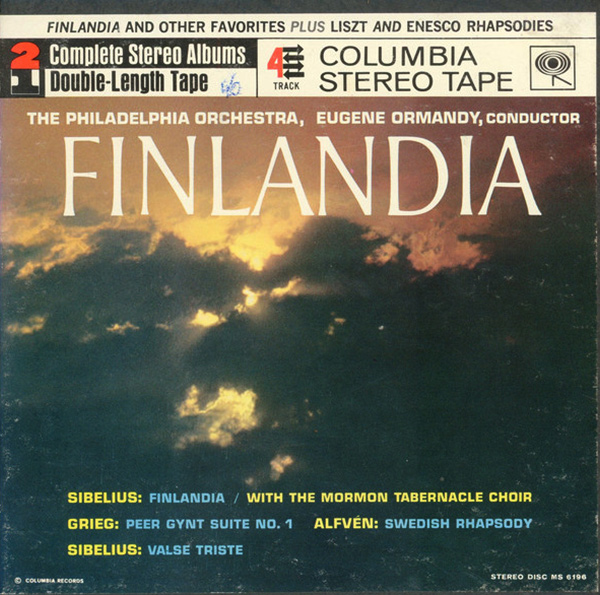 An analog 4 track reel-to-reel, played through the outputs of a Teac tape deck and then connected to the Dragon headphone amp. The analog sound was very sweet, although marred by the ever-present tape hiss that characterized these recordings from the 60s and early 70s. 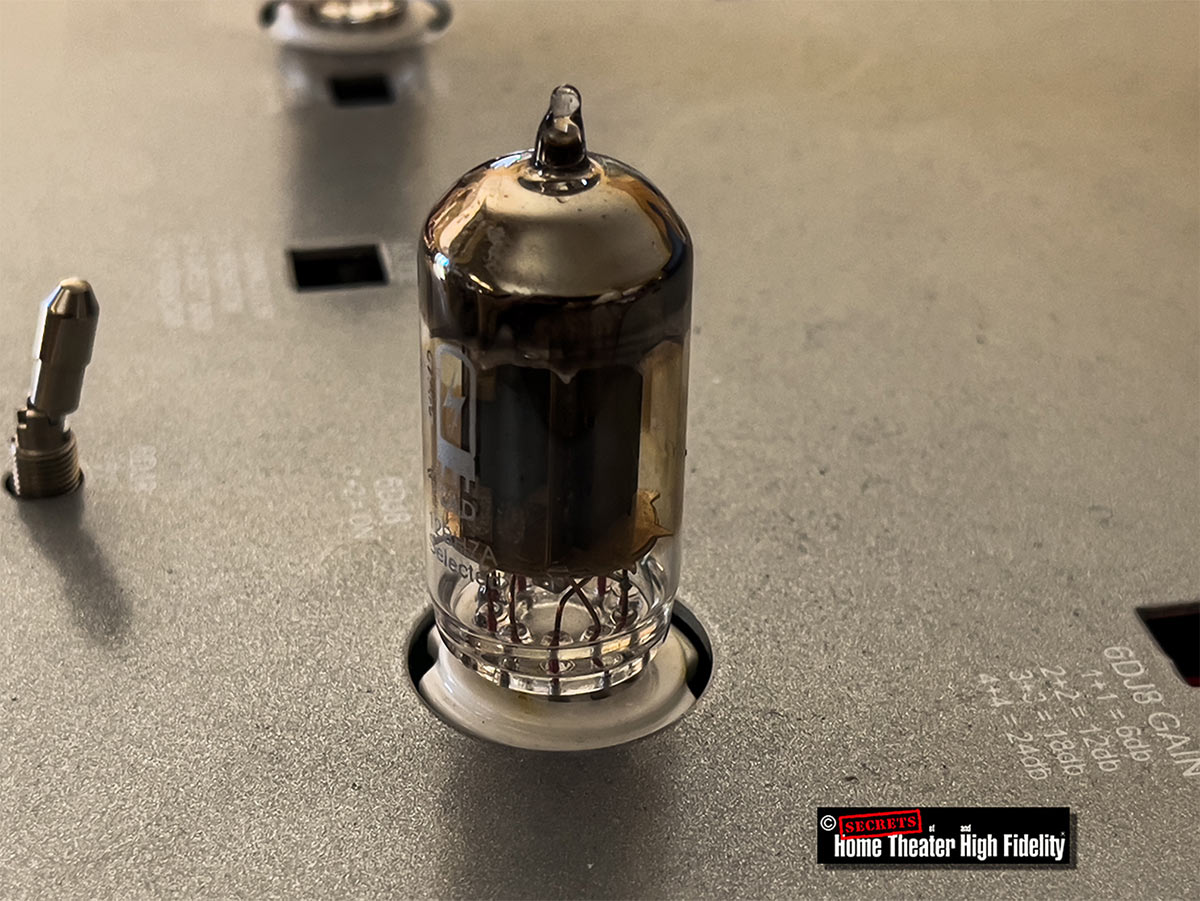 It’s so hard to assign a value to high-end equipment, which costs so much more than the big box store variety. I think those with equipment with quality to match will find the WELLS AUDIO DRAGON to be a compelling offering, and it’s quite a bit cheaper than some other esoteric equipment.

High-end audio is about subtleties, and high-end hardware offers that to audiophiles seeking the ultimate sound of music.

The Wells Audio Dragon is a solid, well-built, and well-engineered headphone amplifier. It has the bonus of tubes in the audio circuit, and more uniquely, a way to switch a particular type of tube in or out of the circuit. As I’ve said, the differences are subtle; most careful listeners will find one or the other to be closer to their preference.

The Dragon is not light years ahead of other quality amplifiers, either tube or solid-state. It does, however, provide the ability to tweak the sound to taste, using the top-mounted DIP switches and the choice of output tube. There’s plenty of gain for any headphone I tried, from low to high impedance. I can see where the Dragon will appeal to a careful listening audiophile with strong preferences for the subtle sound of his equipment. Listening to familiar music was a real pleasure. Of course, it was the synergy of the quality of the file being played, the quality of the recording, my choice of headphones, and of course the Dragon headphone amp.