During my last review of the Rotel A14 MkII Integrated Amplifier, I simply let my long-standing affection with the RB-1582 MKII Stereo Amplifier be known to the world, and lo and behold Rotel has decided to grant me the wish of finally giving it a listen. And thankfully, they’ve decided to send the RC-1572 MkII Stereo Preamplifier along for the ride. 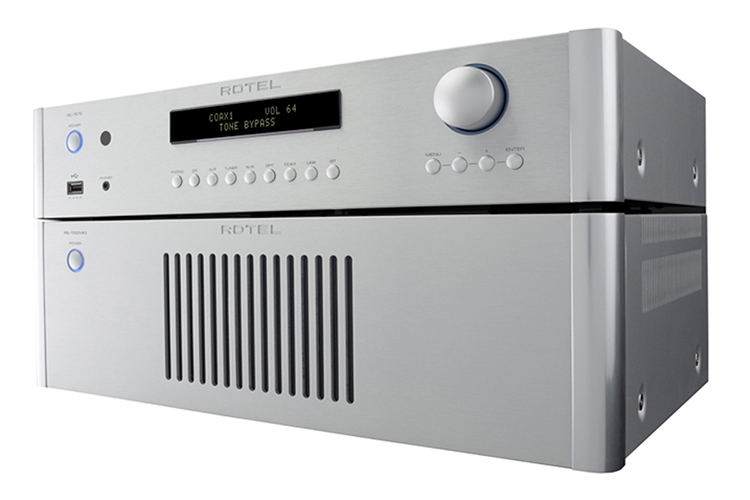 For the uninitiated, the RB-1582 MkII is a gorgeous, 2×200 watt-per-channel, class AB, monster of a stereo power amplifier, that utilizes Rotel’s balanced design concept. As I mentioned, I have long been lusting for this amplifier. I’ve even saved a few beauty shots of it to my Home Studio Moodboard like a true stalker so I’m clearly excited to be able to give this a listen.

The RC-1572 MkII Stereo Preamplifier that I received has a bit of a story of its own too. It is the smaller sibling to the reference level RC-1590 MkII Preamplifier but is by no means small in spec. If you read through my review of the A14 MkII, you’ll know that Rotel made some extensive performance upgrades to their 14 and 15 series integrated amplifiers, and now has made similar upgrades to their preamplifiers as well. There are over 75 critical component changes and enhanced acoustic circuits that borrow technologies from the Michi Series. The RC-1572 MkII is sort of a gateway to the High End. No complaints here!

There are connections galore on this sucker too. On the digital end, it features a Texas Instruments premium 32-bit/384kHZ DAC, it’s Roon tested, supports MQA and MQA Studio via a PC USB input, and features Wireless aptX and AAC Bluetooth. There are two coaxial, two optical, and network connections.

On the analog side, there are three RCA stereo inputs, one balanced input, and a moving magnet phono input. Outputs are available in both balanced and unbalanced forms, along with a dedicated subwoofer output. Oh, and it comes equipped with tone controls to boot!

The Rotel duo will be set up in two areas. The first will be in my living room, paired with my Cambridge CXN V2 Streamer. The second area is in my basement studio, paired with my DJ setup. Selfishly, I’ve just painted my studio and can’t wait to start shooting product photos and videos down there.

Dude, I can’t friggin’ wait for this one.