Up NextNow a Word from the East Coast
In 1932, movies received a huge boost with the release of the three-strip Technicolor process, invented by J. Arthur Ball.

He won an Academy Award in 1938 for this special achievement.

The Technicolor cameras were used until 1954, and a total of 35 cameras were manufactured. They were huge because the cameras recorded red, green, and blue light from the subject in front of the cameras onto three separate strips of film. A prism behind the lens split the light into two paths: (1) a path directly in line with the camera lens which exposed black & white negative film that had a green filter in front of it; and (2) a path at right angle to the image from the lens which had a red filter in front of it and which exposed two strips of film sandwiched together. The one in front was sensitive to blue light, and the one behind it was sensitive to red. The first diagram shows the three strips apart for ease of understanding. The second diagram shows how close the film strips were to the prism and how close the blue and red strips were to each other (Copyright Eastman). 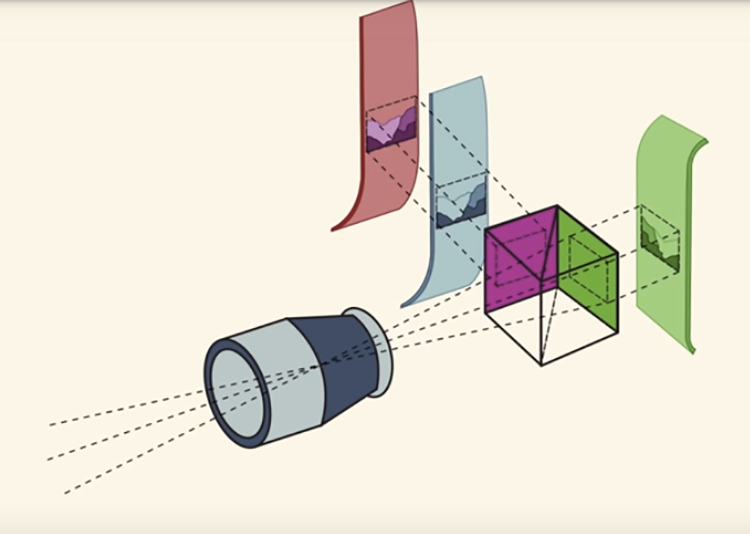 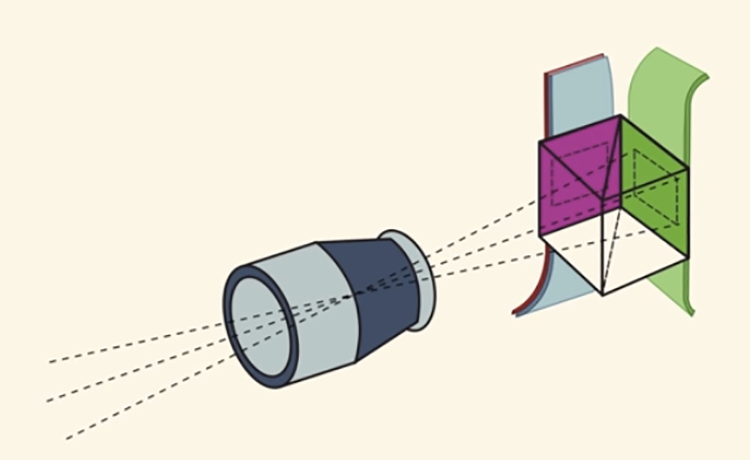 Originally, in 1917, a two-strip color process had been invented which only had red and green film exposure, with each colored frame alternating with one another vertically on the film strip (Copyright YouTube). 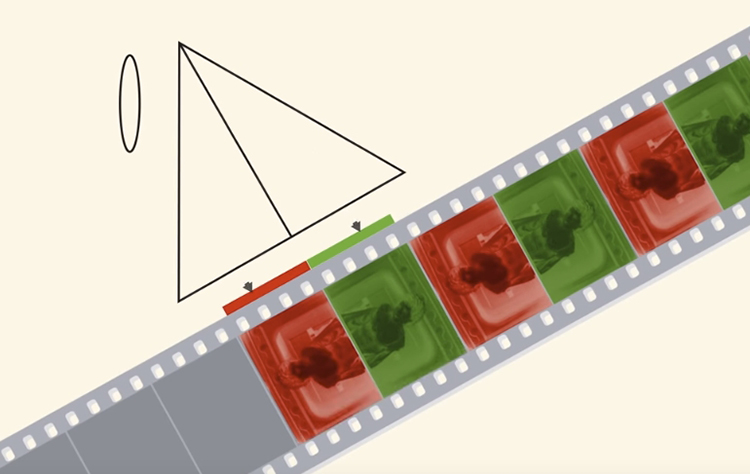 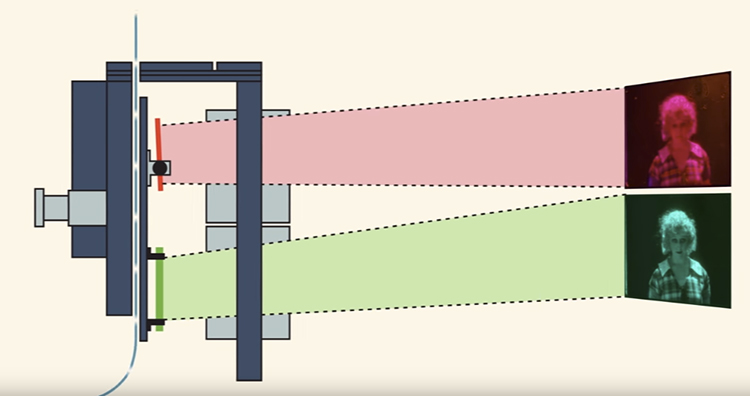 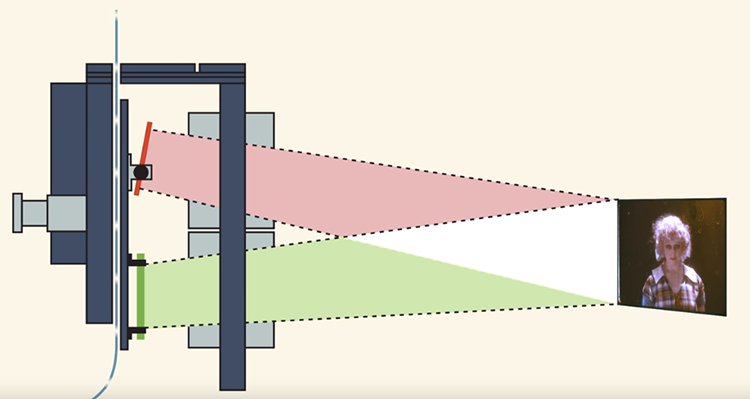 In 1921, Arthur Ball improved the two-strip camera such that the red and green layers of film were cemented together, one on top of the other, for projection, as shown below (Copyright YouTube). One side of the film strip was died red, and the other side was died green. With this technique, a standard projector could be used. However, this did not alleviate the lack of a blue layer, and that was finally added. 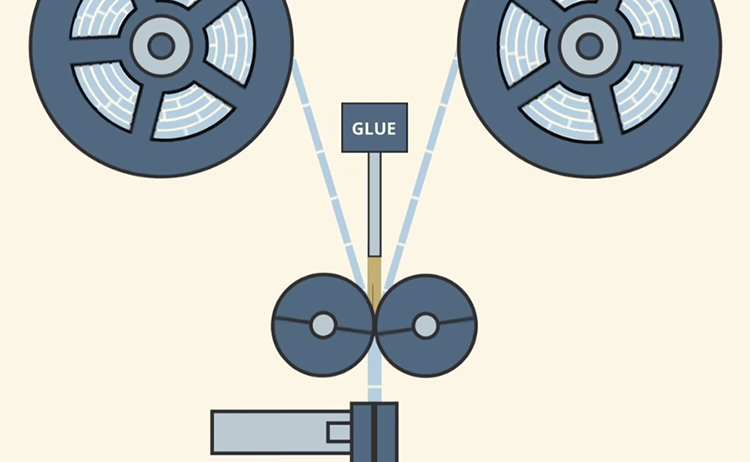 In getting all the colors onto the projection film, the Technicolor dye-transfer process was invented in 1926. It involved transferring the colored images on three strips of film to another single strip of film, but the images were cyan, yellow, and magenta, rather than red, green, and blue (Copyright YouTube). The new film had a soft black & white image to start with, and the colored images were transferred on top of the black & white images. This improved sharpness. 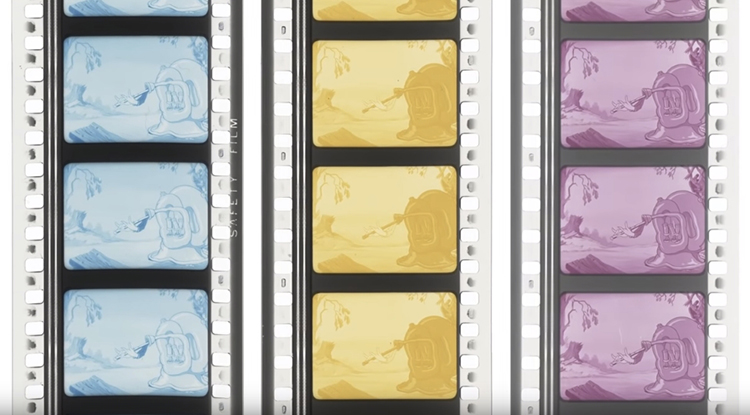 After the images were transferred, the projection film had the completed color images (Copyright YouTube). 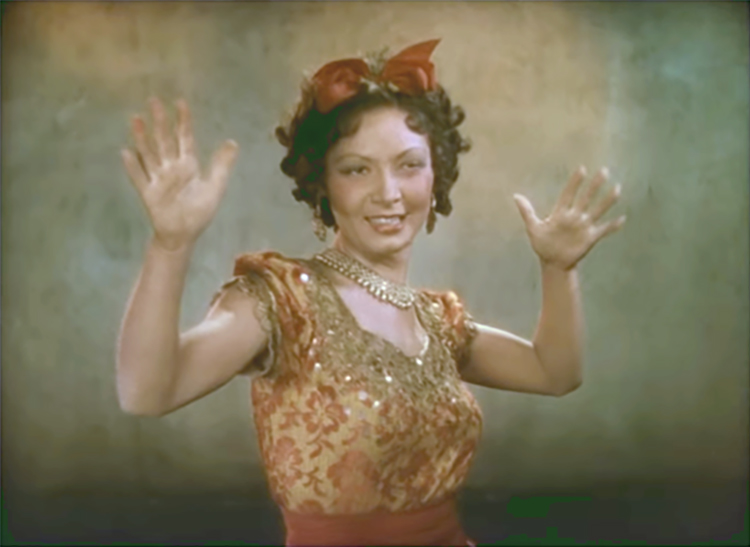 Dye transfer had less fading than other processes such as Eastman Color. The dye transfer process was used with three-strip Technicolor until 1954, and thereafter, it was a single strip color process. It was discontinued in the United States in 1975, and it was used for a few more years in Great Britain and Italy. It is fortunate that old, wonderful movies such as “The Adventures of Robin Hood” (1938) and “The Wizard of Oz” (1939) were filmed with this technology because their lack of fading has made it so much easier to restore them and transfer them to high-resolution digital video. It was a very, very expensive technology.

I used Kodachrome film to make 8 mm movies back in the early 1960s, and it delivered excellent color. I don’t know why it was not adapted for use in commercial movies, except for, perhaps, the ISO (film sensitivity), which was only 10 (very “slow). Kodak tested it for cinema in 1922, and the results were certainly very good (Copyright YouTube). It was a single-strip process. 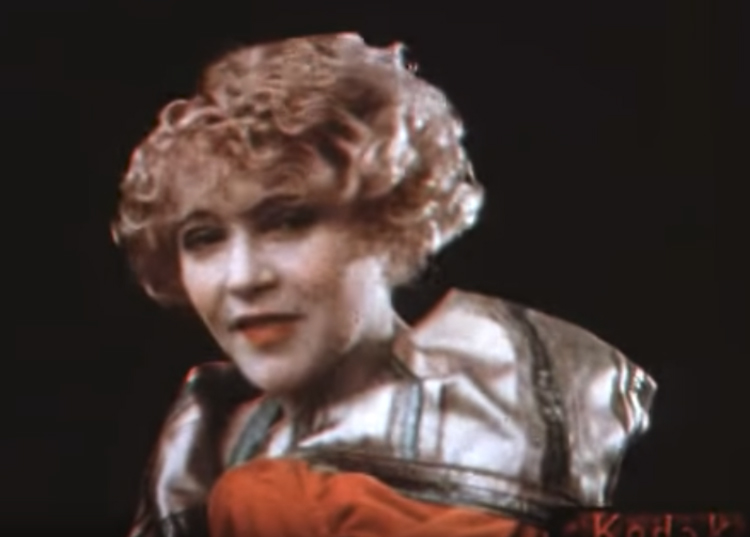 Most movies and photographs are now taken with digital cameras of which the resolution improves almost on a yearly basis. Fuji has just released a medium format digital camera with a 102 megapixel 43.8 mm x 32.9 mm BSI CMOS Sensor. Besides still photographs, it will shoot HD and 4K video. The camera body and one lens will set you back about $12,000.

Film is not dead though. Thirty-one movies were shot entirely or mostly on 35 mm film in 2017. In recent years, film cameras have come (back) to market, although they are not very sophisticated cameras. If you want to go back to a really good one, you can shop in the used market. For about the same price ($850) as it was new, you can obtain a used Hasselblad with a Zeiss 80 mm f/2.8 lens. Film is available for several cameras (35 mm and 120), as well as film developer and other chemicals if you want to process the film yourself. The feeling about film compared to digital is the same as analog music (LP) compared to digital: something is missing in the digital realm. Not everyone feels this way, but some do.

Although color film is still with us, dye transfer onto film is not. It is permanently in the past because it was too expensive. Digital video at 8K resolution was introduced a few months ago, and perhaps with this high resolution, film will finally disappear, but….maybe not. 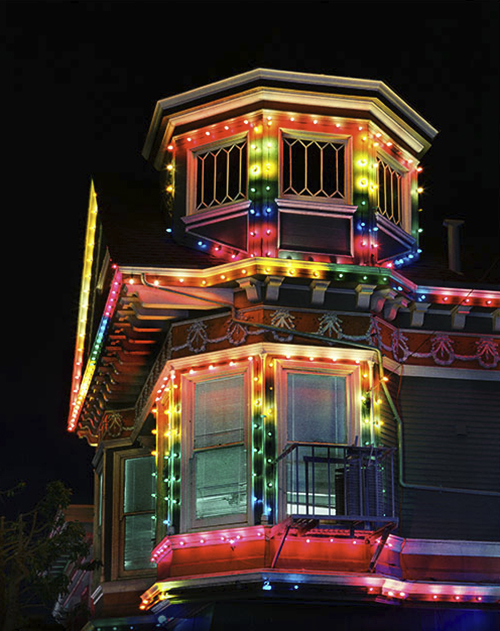 Dye transfer onto color paper prints is a specialty. The results are spectacular (Copyright Ctein.com).

The process is so expensive, it is relegated exclusively to art prints. The days of having such dazzling color in our motion picture entertainment are no more. I just hope we eventually get 4K videos of the three-strip Technicolor classics.