Up NextOPPO Sonica Wi-Fi Speakers Review
The Paradigm PW 800 is the current top-of-the-line speaker from the Paradigm Premium Wireless (PW) Series. It is a fully powered stereo speaker with built-in Anthem Class-D amplifier that is capable of streaming lossless audio wirelessly over Wi-Fi networks.

Moreover, it is equipped with Anthem Room Correction (ARC) technology to get optimized performance in any room the speaker is placed. This review should highlight whether the implementation of these advanced features translates into the one thing that matters the most: its sound performance. 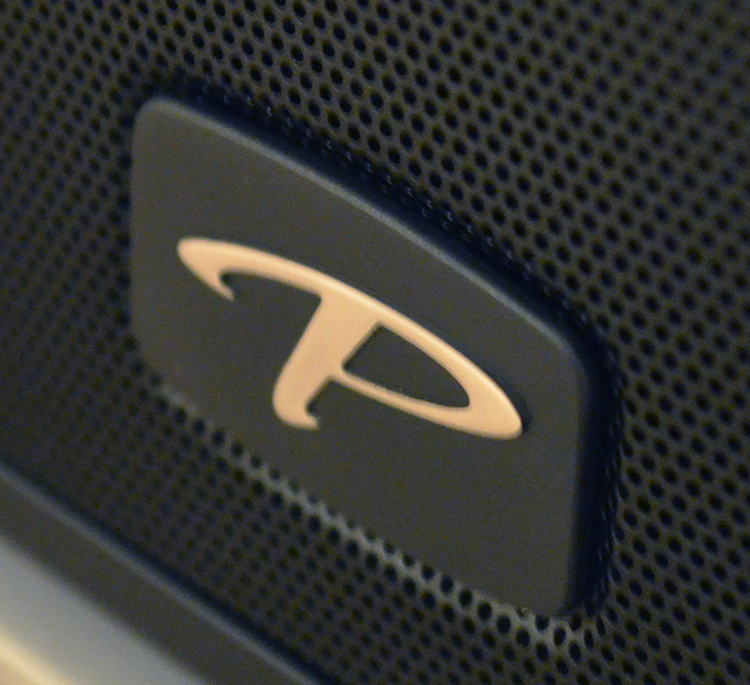 In the PW 800, Paradigm addresses the demand for the high-end segment of the wireless single-speaker stereo systems. As such, the speaker is equipped with advanced technological features derived from Paradigm’s in-house research and development. With massive experience in audio-product development, Paradigm has successfully integrated these features into the PW 800, making it a solid performer that is hard to beat at its price point. 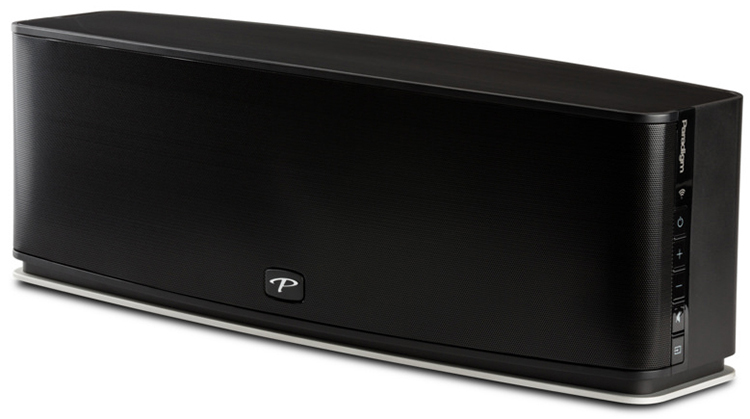 My first journey into a high-fidelity audio system, was started with a budget bookshelf speaker system from Paradigm (the Mini MkIII). I still remember the feeling of enjoyment that I got from that little system (little by comparison to my system now). I also learnt an important lesson from that Paradigm system, namely high-quality product and sound performance did not have to carry a hefty price tag. Indeed, it is this high performance-to-price ratio that establishes the Paradigm existence and reputation firmly in the audio world.

Paradigm, which is headquartered in Toronto, Canada, has been developing and crafting speakers since 1982. The conventional speakers produced by the company have won many awards and have been recognized to have high price/value ratio. Recently, based on the market demand, Paradigm also ventures into wireless speaker products. The one reviewed here is the current Paradigm’s top-of-the-line single-enclosure speaker from its Premium Wireless Series. Apparently, the design of this type of single-speaker system is very different than the conventional speakers, but with Paradigm’s long-experience in speaker-making and with the electronic-support from Anthem, Paradigm’s sister company, extending its product lines to the wireless single-speaker breeds is by no means a long shot. And it shows! Even though Paradigm can be considered a new player in the game, its wireless single-speaker products carry state-of-the-art features.

Design, Features, and Set up

The Paradigm PW 800 has a simple and handsome appearance. Due to its appearance and its relatively small size, this speaker does not call attention to itself and thus, it can easily blend with any room decor. The review sample has a glossy wood-pattern panel on top with black metal non-removable grill wrapping around the speaker body. An integrated silver plate serves as the base of the speaker. The combination of the gentle curves with straight geometry in its design breaths elegance to the look of the speaker. The PW 800 also feels heavier than its size suggests. Its built quality is overall excellent.

Although the PW 800 is mainly designed for wireless playback device, some wired input/output ports are provided on its lower back panel. These include an Ethernet LAN port, a 3.5 mm analog audio input, and a subwoofer out. USB ports for factory use (firmware update) are also present. On/off and volume control buttons are stationed on the speaker’s side. 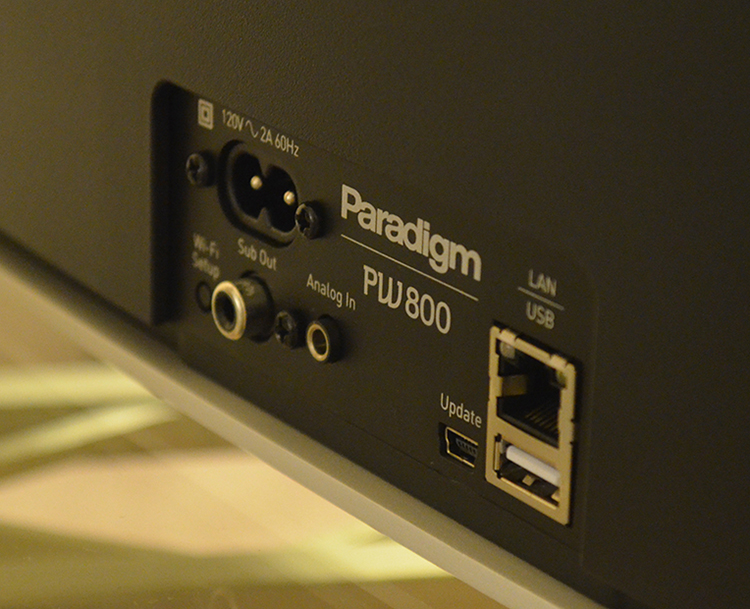 The PW 800 employs a two-way speaker design with four drivers: two 1" dome tweeters and two 5" midrange/bass S-PAL drivers, the type of drivers used in Paradigm’s Reference Series lineup. It is also equipped with a class D internal amplifier capable of producing a whopping 230 W RMS power. Clearly, this powerful amplifier is needed to especially push the low frequency-response range of the speaker. As can be seen from the published specifications, the resulting low frequency response is quite impressive for such a small speaker, capable of producing bass down to 44 Hz. Surely, this beats out many larger bookshelf speakers out there and should be sufficient to meet the majority of playback demand without the use of a subwoofer. Nevertheless, if more bass suites your taste better, you can augment the PW 800 with an external subwoofer via its subwoofer-out port. 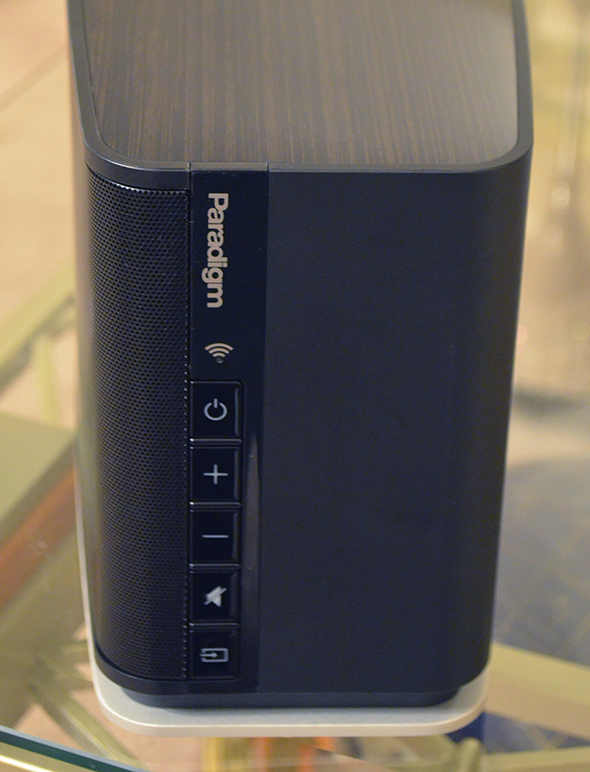 All the PW products share the same owner’s manual, which makes sense considering these products share similar features and operations. This manual is nicely written and I found it to be relatively easy to follow. Registering the PW 800 to the network is a simple process and can be done from a mobile phone or a computer connected to the same network. Once the PW 800 has been connected to the network, its Wi-Fi indicator (on the speaker’s side) is constantly illuminated and the speaker is readily selectable as a playback device through the DTS Play-Fi app.

Of course, the Play-Fi app needs to be installed on the source-devices that are used to operate the PW 800. During my evaluation, I used my desktop computer (which is connected via Ethernet cable to my router) or my mobile phone (via Wi-Fi connection) to control the PW 800.

The PW 800 can only be turned on or off from the speaker’s power button. Which means, if you want it to be of your service anytime, you just leave the speaker on all the time. Although the power used on stand-by is low, I wish the PW 800 had a sleep feature and could be wirelessly awakened.

For this review, the PW 800 was mostly put on the side table in my living room. Without any adjustment, I found the bass from the unit was too overpowering for my taste. It might have something to do with my living-room characteristics, which tend to amplify the bass response. There is no direct bass/treble controls on the PW 800, so the supplied Anthem Room Correction (ARC) kit really come in handy to remedy the situation. This requires installation of the ARC software on a computer (laptop or tablet for portability) and attaching the supplied microphone to it. The measuring process is explained well in the manual. The initial analysis result from running the ARC in my living room did indicate an obvious bump in the bass region of the speaker’s in-room frequency response, between 40 Hz to 100 Hz. The optimization algorithm inside the ARC was able to flatten this bass bump, yielding a relatively flat overall frequency response. And voila, just like that, the problem with the bass response was fixed. Playing the same music after the room correction immediately revealed the result. The bass was overpowering no more, leading to more balanced sound. What happens if one prefers the sound before the correction? Well, fret not, the ARC optimization result can always be disabled (or enabled) by pressing and holding the mute button for 5 seconds. My listening impressions below were done with the ARC optimization feature engaged.

If the PW 800 is moved to a different location, ARC analysis of the new location will need to be done to get the optimal frequency response. This might sound a bit troublesome, but the process needs to be done only once for every location. Results of the analysis can be saved as a file in the computer and uploaded to the PW 800 for proper optimization after the move. To me, this is well worth the effort in order to always get the best performance from the speaker.

Thanks to the ARC technology, the sound produced by the PW 800 had balanced frequency response. There was no over-emphasis on particular frequency range. The powerful amplifier housed within the speaker was capable to produce excellent dynamics. Music played through the speaker sounded rich of textures and never sounded flat or uninvolving. This speaker could convey the energy of the music at relatively loud volume effortlessly. When pushed too hard, however, it might sound a bit edgy and harsh. But this only happened beyond what I considered as comfortable listening volume level, so it was not too much of a concern. 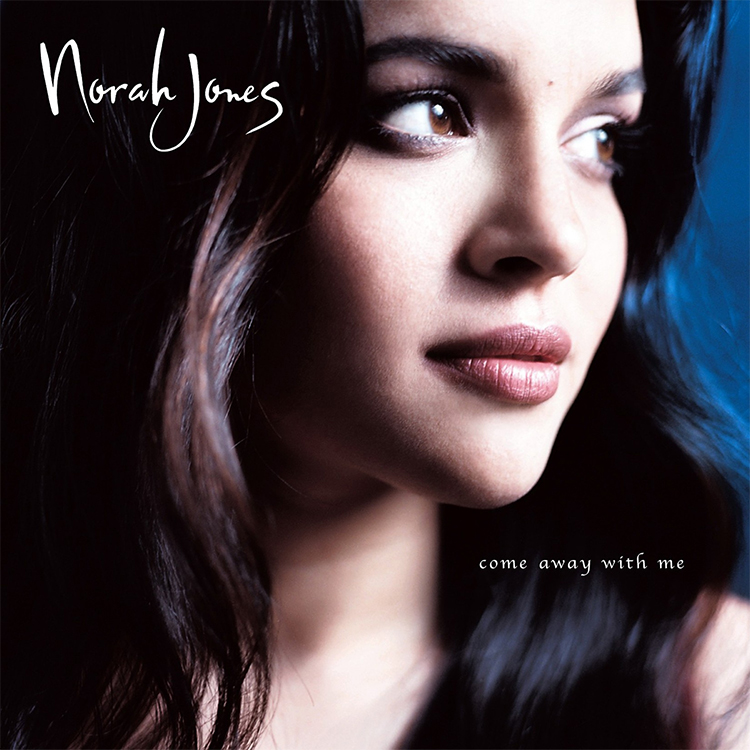 Norah Jones’ “Come Away With Me”

The reproduction of vocals through the PW 800 sounded natural with no over-emphasis on sibilance. Norah Jones’ voice on her hit song Don’t Know Why from her album Come Away With Me (2002) was conveyed beautifully. Slight raspiness on her vocal was naturally reproduced. The treble extension of the PW 800 was good and detailed.

There was a slight lack of treble airiness, but this was only noticeable when an A-B comparison was done with my separate reference system, consisting of NHT full-range T6 speakers driven in bi-amp fashion by Bel Canto Evo200.2 and Krell Showcase 5 amplifiers. From the price separation, this was of course an unfair comparison, and I used it here only to describe the sound better to the readers. The fact that the PW 800 was able to hold its ground against a system costing many times more should indicate something about the capability of this little speaker.

The bass produced by the PW 800 was tuneful and quite powerful for its size. It might not have the lowest bass extension, but it produced the bass within its capability very well. The solid bass capability made the speaker sound bigger than its size suggested. I could also confirm that the PW 800 produced only honest bass. What I meant was the speaker did not try to cover its lower bass limitation by bumping up the upper bass response. 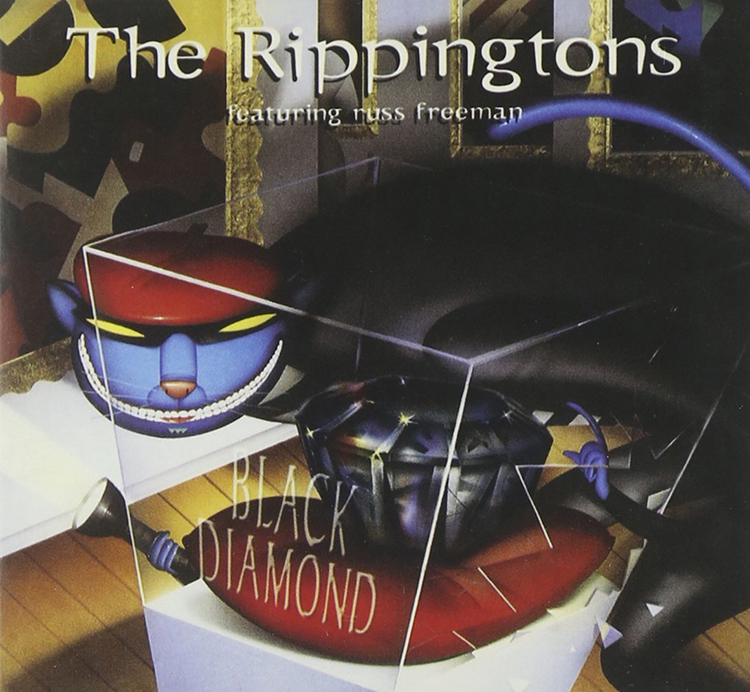 While this kind of tricks might make the bass sound powerful, it interferes with the purity of the sound in the other parts of the frequency spectrum. The track Deep Powder by the Rippingtons (featuring Russ Freeman) from their Black Diamond album (1997) contains segments with deep bass, lower than the bass response of the PW 800. Played through it, this deep bass portion of the music was just omitted.

The advantage of the ARC is quite obvious. This is where the PW 800 leaves its competitions behind. While the performance of the other speakers is dependent on where you place them, the PW 800 can yield its optimum performance regardless of the room it is put in after the adjustment from the ARC.

At $799, the Paradigm PW 800 single-speaker music system may not offer the most versatile wireless connectivity, but it does what it is designed to do extremely well, namely to playback music with high fidelity through Wi-Fi (via DTS Play-Fi). Equipped with Anthem Room Correction feature, the speaker performance can always be optimized to any room it is put in. Such feature, available only in Paradigm’s Premium Wireless product series, is unique and currently not found in other wireless single-speaker systems. If frequency-response balance across spectrum is what you are after in high-fidelity sound, then the PW 800 should be in the short list of products to audition. The room correction feature coupled with the solid sound performance of the product definitely justifies its price of admission.