The all-analog, one-step lacquer process series Small Batch, launched in February with a reissue of John Coltrane’s 1961 album, Lush Life—hailed by Analog Planet (1/26/21) as “…flawless and…as close to the original tape as you’re likely to hear,” along with Goldmine (April ’21) proclaiming “…this new reissue treats it [Lush Life] with the respect it deserves…we’re not even going to try and tell you how good it sounds. You just need to listen…”. In addition, the reissue was named “Vinyl Package of the Month” by UK’s MOJO magazine (April ’21), who described the set as “an appetizing proposition for collectors…this press of Lush Life certainly sounds fantastic.” The response from the community of audiophiles and music lovers was overwhelming, with Lush Life selling out in a matter of hours. While Eastern Sounds will also be limited in nature, due to the lengthy lead time to produce the meticulously crafted pressings, future titles in the series will be produced on a larger scale, in response to demand.

This reissue of Eastern Sounds was mastered from the original stereo tapes by GRAMMY®-Award winning mastering engineer Bernie Grundman and pressed utilizing Neotech’s VR9000 compound on 180-gram vinyl at RTI in a one-step lacquer process—as opposed to the standard three-step process—allowing for the utmost level of musical detail, clarity, and dynamics while reducing the amount of surface noise on the record. The limited nature of the pressing guarantees that each record is a true representation of the original lacquer and is as close as the listener can get to the original recording. New liner notes from the GRAMMY® Award-winning music historian, journalist, and producer, Ashley Kahn complete the package. 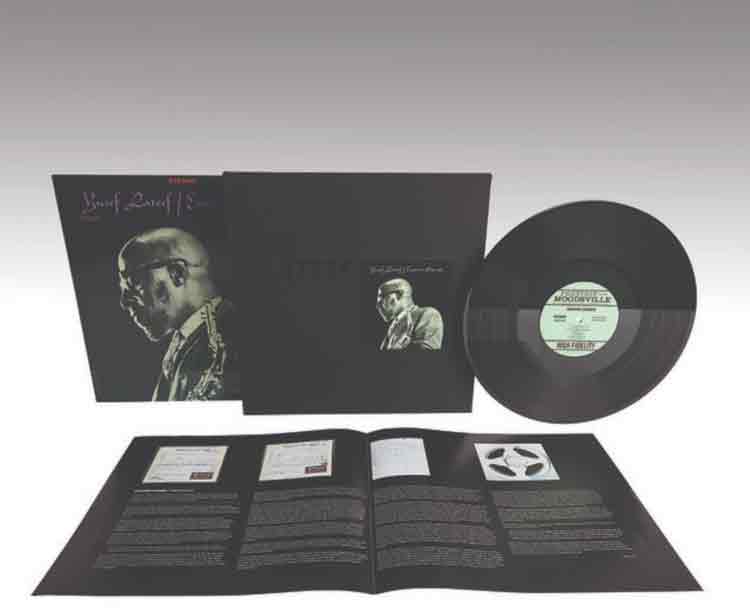 The engaging, nine-track album primarily consists of Lateef’s original compositions, in addition to the Jimmy McHugh standard “Don’t Blame Me” and two soundtrack selections: “Love Theme from Spartacus” and “Love Theme from The Robe.” Spanning a variety of moods, Eastern Sounds “effectively balances the familiar with the foreign,” explains Kahn in his liner notes. “When the album truly looks east—in sound and title—magic happens.”

Highlights include the opening and closing tracks, “The Plum Blossom” and “The Three Faces of Balal,” respectively, as well as “Blues for the Orient.” The latter composition, Kahn notes, “is a standout track for multiple reasons, including Lateef’s oboe, with its evocative power, and the tune’s rhythmic construction.” He continues, “Check out the segue from a deep Southern blues feel to a Middle Eastern lilt…then Harris…moves the music even further east—a taste of Chinese voicings—before bringing it back home to the late-night blues: thousands of miles suggested in a matter of minutes.”

Eastern Sounds, which marked Lateef’s 16th album, was not his first exploration of global music. In fact, by the time that Lateef began recording as a leader in 1957, he was already setting himself apart from his contemporaries—broadening his sound by learning new instruments and studying the music of other cultures. Lateef, who converted to Islam in the late ’40s, first experimented with elements of Eastern music in Prayer to the East (Savoy, 1957), and continued to expand his palate throughout his long and prolific career. In his obituary, the New York Times declared that the groundbreaking artist “played world music before world music had a name.”

A lifelong student, Lateef (1920–2013) received his bachelor’s and master’s degrees at Manhattan School of Music, and later, earned a doctorate in education from the University of Massachusetts, Amherst. Lateef served as a professor at both of his alma maters, among other institutions. In 2010, the GRAMMY®-winning artist received the Jazz Master Fellowship Award from the National Endowment for the Arts—the highest US honor that can be bestowed upon a jazz musician.

Each Small Batch pressing of Eastern Sounds will be individually numbered and encased in a foil-stamped, linen-wrapped slipcase featuring an acrylic inset of the original artwork. The vinyl disc—extractable through a unique, frictionless ribbon pull tab—is housed in a reproduction of the album’s original, tip-on jacket and protected by an archival-quality, anti-static, non-scratching inner sleeve. 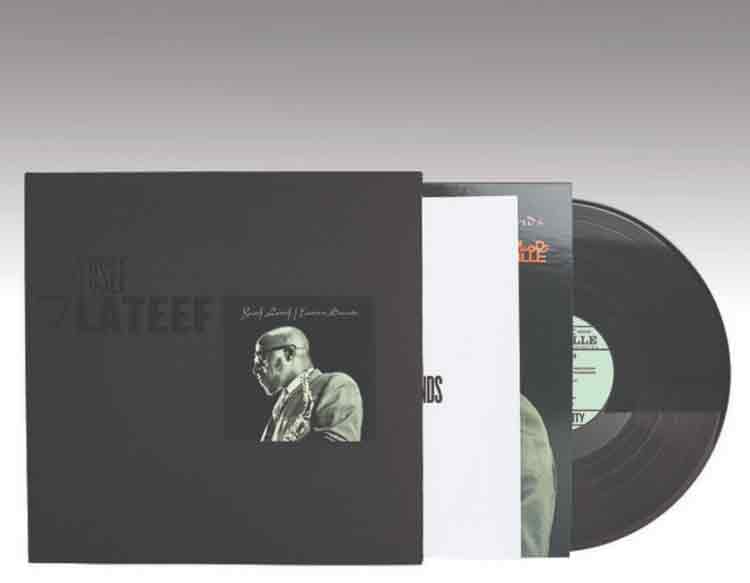