Manhunt in the African Jungle (1943).
Because I have had to stay home so much with the COVID 19 Problem, I have been watching a lot of TV, or rather, videos on my phone.

I grew up in the middle of the last century (yes, I am an old fart), and I enjoyed going to the movies on Saturdays as a kid. What we saw were previews of upcoming movies, a news short, a Three Stooges short, a cartoon, and an installment from a serial before the main feature. All for about 50 cents, Serials were started in the silent era. They consisted of 12 – 15 chapters and usually focused on something with a lot of action, like monsters, cowboys, crime, and espionage (during WW-II). They continued into the 1950’s, but the golden days were the 1940’s (as it was for all types of movies in Hollywood).

Many of them were terrible, but some were actually pretty good. They had a main star, like Superman, Flash Gordon, Spy Smasher, Masked Marvel, Buck Rogers, Green Hornet, Lone Ranger, etc. The average budget was about $135,000.

Here is one that I found to be rather entertaining. You can watch many serials for free by just using Google to find them. For example, Manhunt in the African Jungle (1943). Type in or say, “Manhunt in the African Jungle, Chapters 1-7, YouTube” and you will get a link. You can watch it on your computer or phone. I used my phone on a stand sitting on my kitchen table, with a mug of hot drink, and one of my cats on my lap. Each chapter is about 20 minutes. It was renamed from the original title, “Secret Service in Darkest Africa.” I don’t know why they changed it, but when it was apparently re-released in the 1950’s, they wanted to get away from war tones. It is about an American Agent in Casablanca trying to track down Nazi’s during the African campaign. It has all the trappings of WW-II spy espionage. Typical of serials, there are at least two or three fist fights in each chapter, and their hats do not come off. I have seen a lot of reference to this, and it is true of all serials. Everyone wears a hat, including suits and ties, and when they fight, the hats stay on. I recently found out why.

They all wear hats specifically for the fist fights. The hats had rubber straps to hold the hats on. The reason was that stunt men were the ones fighting, and they wore hats to disguise them so the stuntmen could not so easily be seen, as their hair was usually different than the stars.

Two of the main stars are shown below, Rod Cameron on the right, Duncan Renaldo on the left. At first, I thought Renaldo must be pretty short, but it turns out, Cameron was just very tall, 6’5”. Duncan Renaldo went on to star as The Cisco Kid, a TV series of the 1950’s. They don’t have hats on in these photos because they were not just about to get into a fist fight. When they are going to fight in the next couple of scenes, they put on their hats. 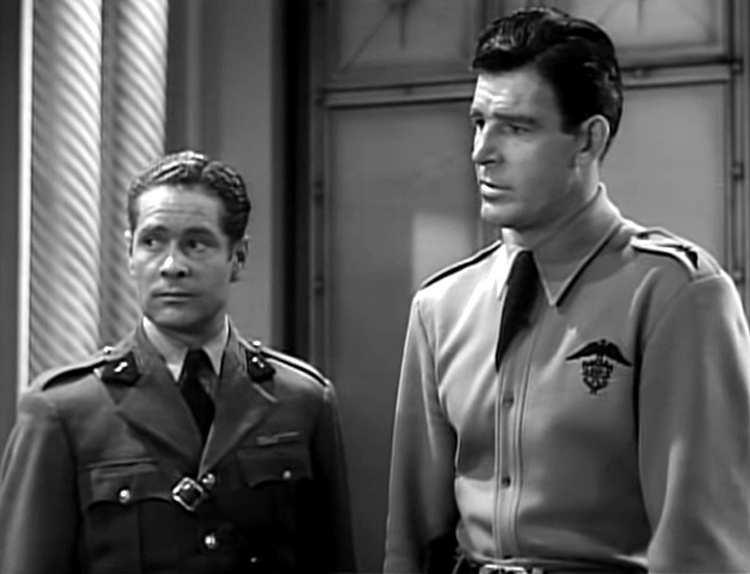 An Arab Sultan was imprisoned, and a Nazi who looked like him (because it was the same actor) took his place. The real Sultan was chained to a wall and regularly beaten. 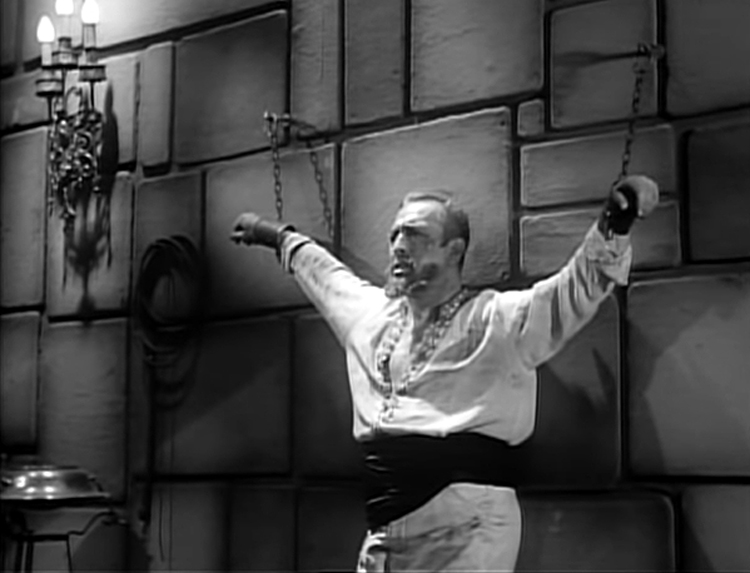 Wow, cell phones were really fancy in the 1940’s, and they took selfies too. Actually, it was just a mirror where the Nazi dressed up as the Sultan was checking his beard before meeting with Rex Bennet (Cameron). 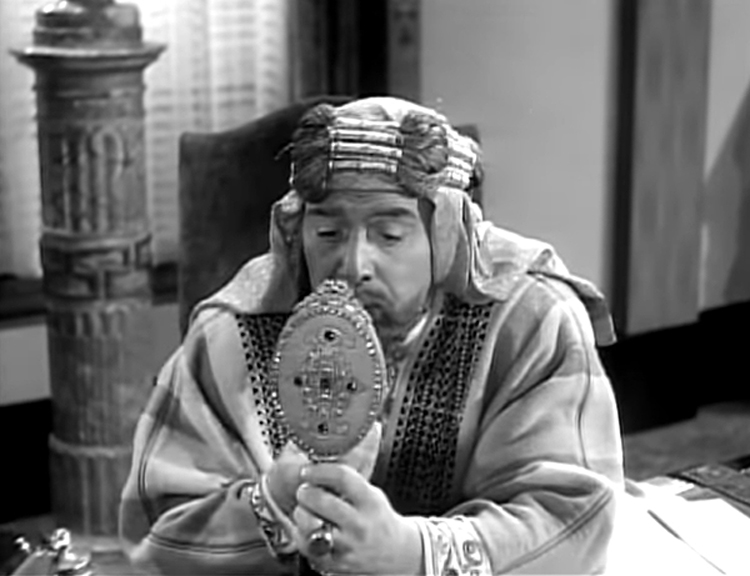 Like many serials, there was a cave-like basement where the Nazis had a radio room. Other serials had caves in the mountains. 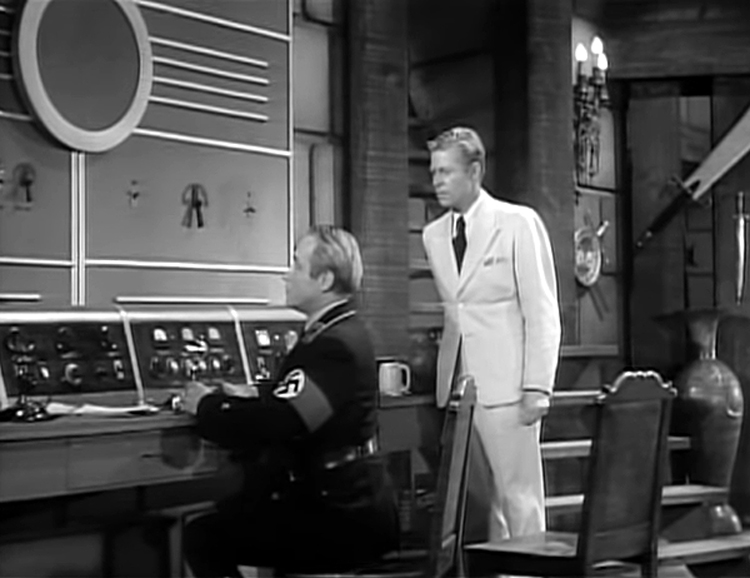 With so many fist fights in each chapter, it was amazing that the stars never had any bruises. Well, I think that is because stunt men stood in for the fights.

Plenty of action, and of course, this serial was good for the war cause, being more than a little bit propagandized.

Try it out. Won’t cost you a thing.

More serial reviews in the future. 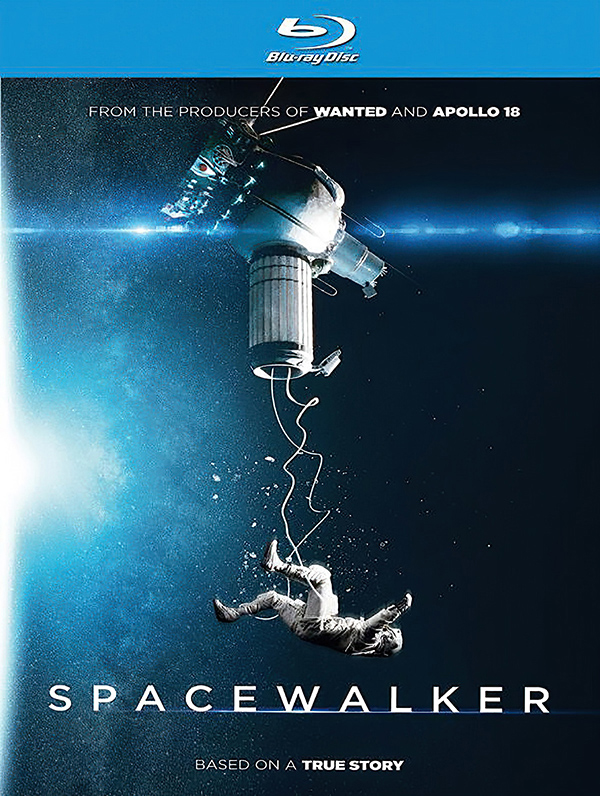 SpaceWalker, Maljack Productions Inc, 2017, DTS-HD Master Audio 5.1 (English and Russian), 140 mins.
Everyone on our side of the world pretty much missed SpaceWalker, a 2017 Russian film about the first walk in space by Cosmonaut Alexei Lenov’s space walk in March 1965 is a terrific story with superb special effects. It was so compelling I thought it was better than the similar themed Apollo 13 made in 1995.

The film documents how primitive but ambitious the Russian space program was. About half of the movie is the workup to the flight, detailing the training but also letting the characters come through. The last half of the movie which deals with the flight and the spacewalk, is gripping.

I thought the effects in Spacewalker were of Hollywood quality, which was a bit of a surprise. The surround sound is also excellent, and easily the equal of recent films from the U.S. and Europe.

One thing viewers should note is that while the film has an American soundtrack, the voice actors really aren’t very good. The best way to watch it is to listen to the Russian soundtrack and bring up the English subtitles.

As near as I can tell, the story told here is true. Leonov was a consultant on the movie. I’m surprised the movie made it to viewer here, but it’s easy to find online and even some Best Buy stores have it in stock.

I think you’ll really like the movie, and be eager to show it to others. In fact, I showed it to a few friends who wanted to see it a second time.