Bluesound Unveils Gen 2i: the Next Generation of Streaming, High-Res Wireless Audio 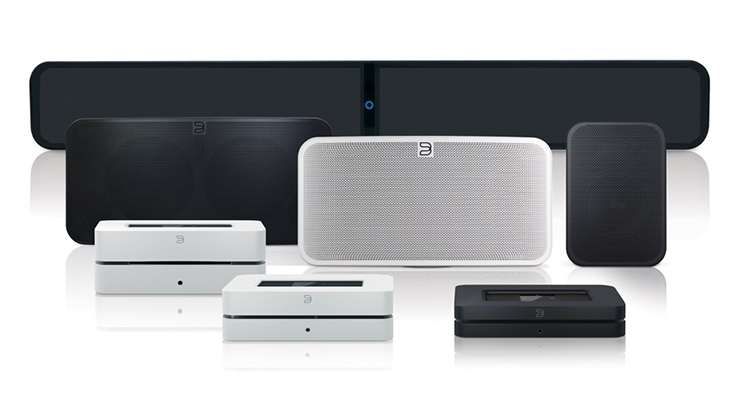 All Bluesound models feature BluOS™, an award-winning, music management system that connects, organizes, and controls your music. Choose music from your favorite streaming service or from a music library connected to your home network. Bluesound integrates all these sources and sends the music to every room in the home. Featuring a family of dedicated multi-room, wireless streaming digital music players, Bluesound delivers a compelling high-resolution wireless digital music system with an audiophile-grade feature set.

New features common to all Bluesound Gen 2i models are as follows:

All Bluesound Gen 2i models are designed to support AirPlay 2, which will be delivered to Gen 2i owners via an upcoming software update. With AirPlay 2, Gen 2i owners can stream just about any sound from their iPhone, iPad, or Mac to their Bluesound system — all in sync. Customers can stream music, books, and podcasts from their favorite Apps, or watch videos on their Apple device while streaming the audio through to their Gen 2i Player – imagine watching Netflix or YouTube on an iPad while filling the room with premium sound from a Bluesound system.

AirPlay 2 also gives users more options for control, including using Siri voice assistance. Once you add your Gen 2i Player to the Apple Home App on your iPhone or iPad, Apple Music subscribers can use their iOS device or HomePod to say things like: “Hey Siri, play smooth jazz in the Living Room” or “Hey Siri, turn it up in the Kitchen.”

By grouping a Gen 2i Player with older Bluesound Players in the BluOS App, existing customers can add AirPlay 2 compatibility to their entire BluOS system.

AirPlay 2 will be available for Gen 2i Players in an upcoming software release.

Gen 2i contains Bluesound’s most advanced take on Bluetooth to date – two-way Bluetooth, featuring both Receive and Transmit functionality. Receive capability allows users to wirelessly stream from their device to a Bluesound Player just like they’re used to doing with Gen 2. The Transmit capability means the user can now use their Bluesound Gen 2i Player as a source, sending what they are listening to via Bluetooth to a pair of wireless headphones. One exception: Bluesound PULSE FLEX 2i only supports the Receive functionality via Bluetooth.

While Bluesound has improved the Bluetooth connectivity in Gen 2i, engineers also made sure that audio quality improvements are part of the Gen 2i Bluetooth story. The advanced Qualcomm CSR8675 chip used in these new products also supports aptX HD Bluetooth wireless audio. aptX HD is an enhanced codec that supports 24-bit audio over Bluetooth and has been engineered to improve the signal-to-noise ratio, resulting in lower background noise. With the ability to support streams up to 24bit/48kHz, a customer streaming from an aptX HD compatible device to a Gen 2i Player is actually able to listen to better-than-CD quality, wirelessly. It all fits into the Bluesound story – modern wireless convenience without sacrificing quality. Note that the PULSE FLEX 2i only supports aptX Bluetooth.

Bluesound has also upgraded the Wi-Fi chipset technology in its Bluesound Players to the latest and greatest Wi-Fi 5 (802.11ac) dual-band offering. Best-in-class products deserve best-in-class connection; with the new Wi-Fi chip onboard, Gen 2i owners can take advantage of the less noisy 5 GHz band if needed. This results in faster connection times and fewer interruptions from other network traffic.

Who doesn’t like more power? All-new, custom-designed digital amplifiers in Bluesound’s PULSE 2i and PULSE MINI 2i effectively double the available power used to drive these speakers. The difference is dramatic with improved bass response and more powerful sonic soundscapes as the new norm in Gen 2i. 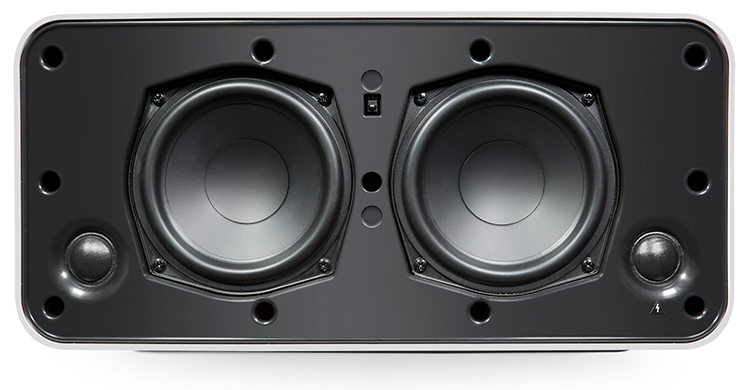 Users also have better control over their audio settings with the PULSE 2i and PULSE MINI 2i. Popular DSP settings like Wide Mode, Late Night, and Dialog, much-loved and much-used in the Bluesound PULSE SOUNDBAR, are now available to these updated Gen 2i speakers.

The POWERNODE 2i now features two TOSLINK/3.5mm Optical and Analog inputs while the PULSE SOUNDBAR 2i now includes HDMI (ARC and eARC). These provide improved connectivity and flexibility.

“Ever since Bluesound’s exciting debut five years ago, we have listened to the marketplace and worked hard to make significant improvements throughout the line.” explained Matt Simmonds, Bluesound’s Product Manager. “Gen 2i represents another leap forward with major technological enhancements that make this generation of Bluesound products even more compelling. Best of all, Gen 2i is compatible with existing Bluesound systems.”

All BluOS users, including Bluesound users, will receive a prompt to update their Players and their app on October 1, 2018. Updating to BluOS 3.0, all BluOS users will gain access to new music services like SOUNDMACHINE and Taihe Music Zone (China only) and an easier guided set-up process. As well, the release will include the plumbing for BluOS’s first voice integration, Amazon’s Alexa voice assistant, with the corresponding library of skills to launch soon.

Key Features of Bluesound Gen 2i:

An alliance of audiophiles. We are the designers, engineers and individuals who have spent our lives in the music industry. Our founders helped pioneer HiFi in the 70s – innovation and the pursuit of perfection in audio runs deep in our collective DNA. Bluesound’s sole mission is to create innovative wireless audio products and technologies that allow for the most true-to-live performance music reproduction possible, utilizing the most advanced, state-of-the-art digital technology.