Up NextiPort xPRESS Audio Keypad for Sonos Review
McIntosh has recently released two all new multi-channel power amps aimed at whole house audio and custom installation dealers. As a CI dealer myself, I am very excited for this new release.

It was interesting to watch my McIntosh rep not struggle with the usual 100-pound amps he brings into my store. This time he gracefully bought two cartons in and set up the McIntosh goodies inside. I was happily surprised by what I saw, the all new MI128 eight-channel and MI254 four-channel power amplifiers. 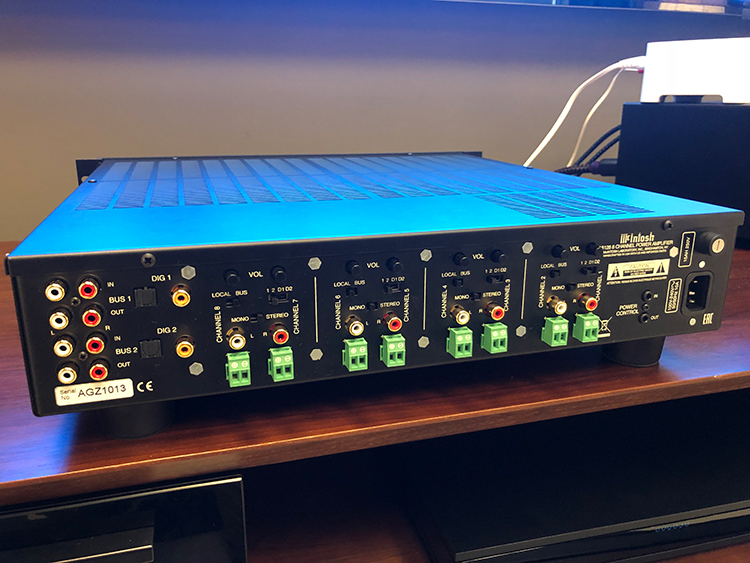 The MI128 is an eight-channel digital (yes, digital!) amplifier from Mcintosh. It weighs in at a svelte 22 pounds.

Putting out 120 watts into 8 ohms it’s no slouch. In a world where distributed audio amplifiers are dominated by boring and underpowered electronics, it’s nice to see a new product that offers something with a bit more punch. Until I get to hear one in a full system I won’t comment much on the audio quality, but yes, it is very good. 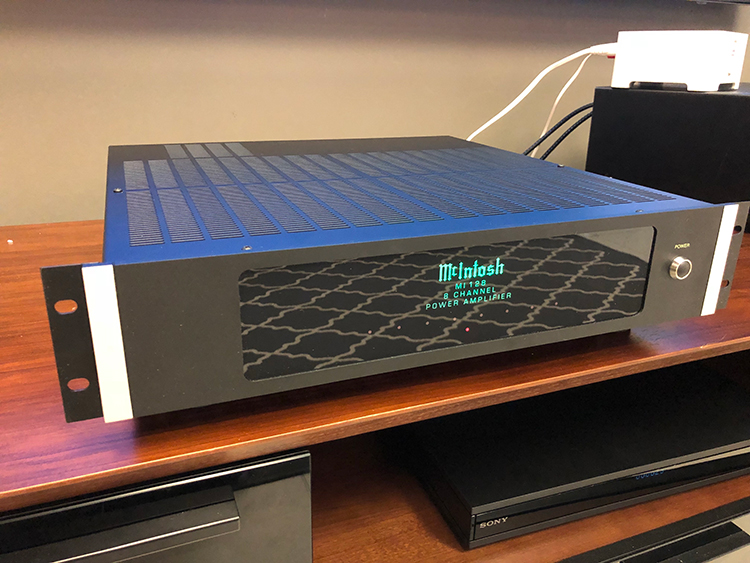 It does not have any of the signature McIntosh meters on the front, but it does have the iconic green glow. Note the speaker terminals are Phoenix connectors and not five-way binding posts. Will this dissuade people from using them to power a full seven-channel system just to say it’s McIntosh powered? I wouldn’t be surprised. 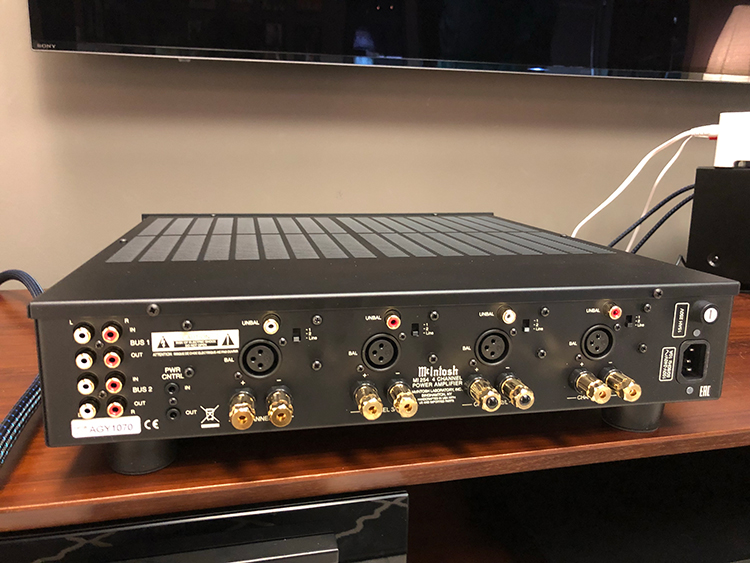 The MI254 is the more powerful sibling of the MI128, and it packs a more serious punch with 250 watts at 8 ohms. Just note that this amp only has four channels instead of eight. A major difference between these two amps, is that the MI254 has five-way binding posts and XLR inputs. Mcintosh told me this amp is perfect for waking up whole house audio speakers in key locations and can be used to add four Dolby Atmos channels to an existing system. 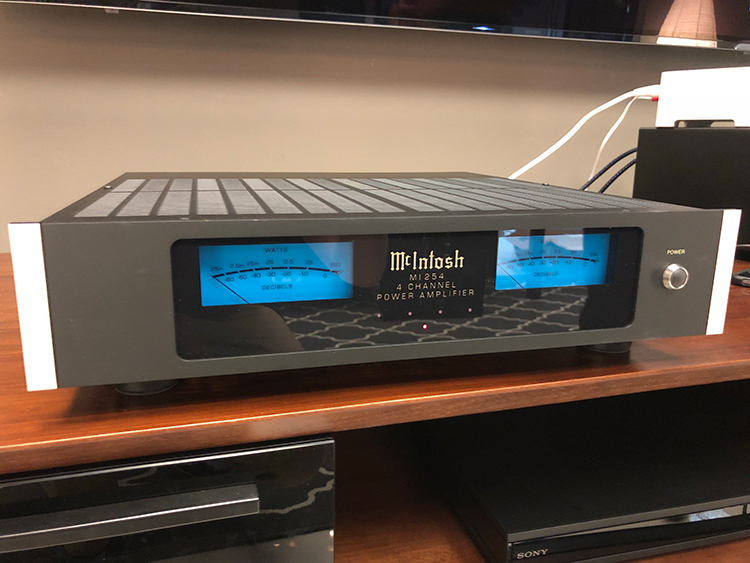 Just like the MI128 it also has bus inputs, meaning you can run multiple channels from one input. The MI254 makes for a killer whole house audio amp as well as a budget amp to run a front three-channel system. The iconic Mcintosh meters are present on this unit and they look amazing. This looks like a great go-to amp for most uses where 200 watts of power are all that’s needed.

McIntosh really thought out these two amps and I am excited to hear more of them. I will have a full review out shortly digging into more of the uses, features, and audio quality. The CI channel of the audio and video world is constantly growing and evolving and it’s always exciting to see a manufacturer like McIntosh showing us some love with amps like these. I can’t wait to hear and see them in action in a home theater near you.