Josh.AI has set out to do something big, very big, and that is to deliver voice control of your entire home; lights, locks, the garage door, you name it, just like Amazon’s Alexa and Google Home. Josh.AI is really shooting for the stars with what it is trying to accomplish. This is not a review but just my initial impressions. I am still working with the system to get a full grasp of its capabilities. Josh.AI is constantly changing what it can and cannot do with each passing month. But where is it now?

Josh.AI has some very interesting aspects I found in its inner workings that really change the game of voice control. Being able to control with your voice in conjunction with an app and an online portal make it a nice all-in-one tool for controlling the home when you’re in it and while you’re away. It integrates with other products like Control4, Lutron, and Crestron to control many different things. While these systems lack voice control, Josh can be added right on top of an installed home automation system to give it new life. Instead of a touch panel or remote, just say what you want to happen, and Josh will make it happen. 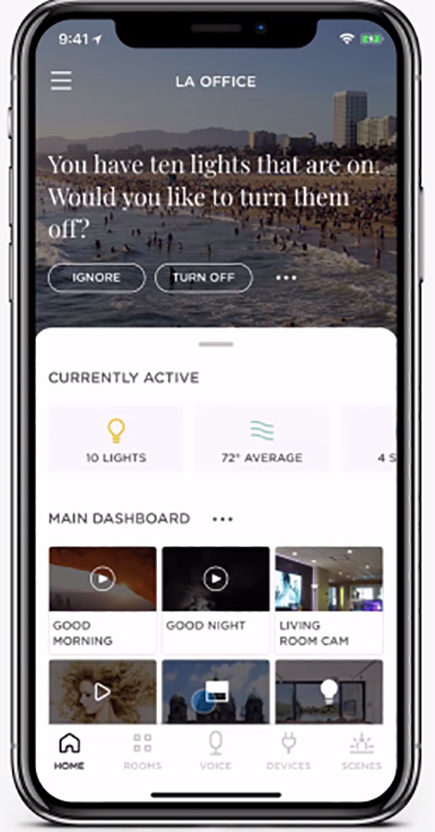 So far, I’ve had experiences both good and bad; I’ll start off with what I like. Unlike Alexa and Google Home, Josh is trying its best be more than just a device to ask how the weather is but to be all about actually doing something, like turning on lights and locking the front door. Josh also has the best app out there as well as a web interface that other products seem to lack. As much as I praise Alexa, it has the worst app I’ve ever used. It’s very confusing and hard to navigate with many hidden options and menus that I’m still discovering. Josh’s app just works. Also, if you take a step back from Alexa and Google, it’s easy to see how Josh is gaining so much ground. Amazon and Google are trying to be the Swiss Army knife of the voice control world. They have a hand in so many areas that they can’t really be the best in all of them. That is where Josh brings something new and something better. 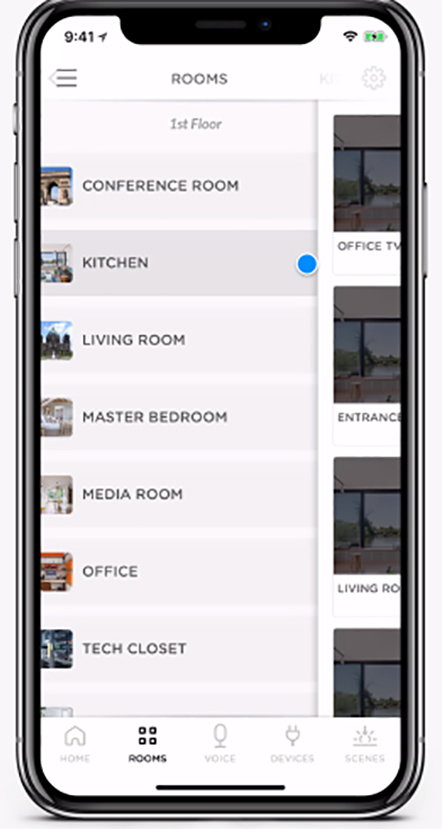 As with everything that goes up, something must come down and there are some negatives. One of the major ones is that Josh often has trouble understanding what people are saying. For example, I say “Josh, please turn the bedroom lights off” and it works. Then someone else says, “Josh, turn bedroom lights off” and it doesn’t work. Josh is much more specific than Alexa or Google in what you say and how you say it. Now I’m not implying that Google or Amazon is perfect, but Josh doesn’t seem up to par at times with the voice control giants in understanding everyone. Also, the price is quite high (around $16,000 at launch in 2016) but has come down recently. It’s still nowhere near as cheap as Alexa or Google, but they can’t really handle the scale of Josh’s control. I would never have a home that solely had Josh. Alexa and Google will still have a place, Josh just cannot do it all. 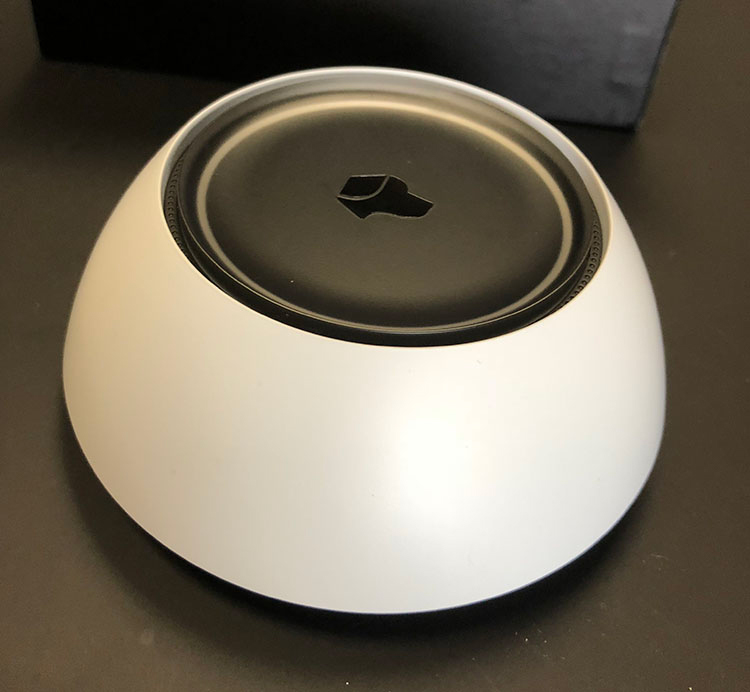 Another aspect that Josh seems to fall behind in is physical presence. Alexa now offers many different devices and Google has two solid options. Josh so far has one (Josh Micro) and it works about the same as an Alexa Dot in my experience. I like Alexa’s size options, a bigger room like a kitchen will need a bigger module than say a bathroom. One size certainly does not fit all in today’s homes. 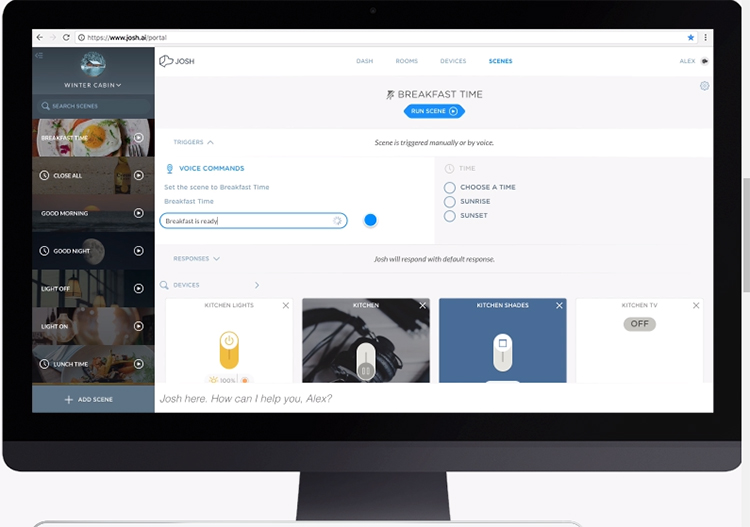 I have worked with Josh since it first started shipping, I didn’t really think it was good option until recently when the price came down and the features went up. Now it’s a real contender in the voice market. It won’t replace my Alexa, not because I don’t like it, but because I don’t need that level of control. Josh needs to continue its a pace as the leader in voice market and do what everyone else cannot, high end home automation. My faith in Josh is slowly growing as a solid voice control option and I look forward to seeing what 2019 has to offer.