Up NextKlipsch The Fives Review
When it comes to bookshelf speakers, PSB’s Alpha AM5s deliver a high quality, customizable experience with incredible ease of use. 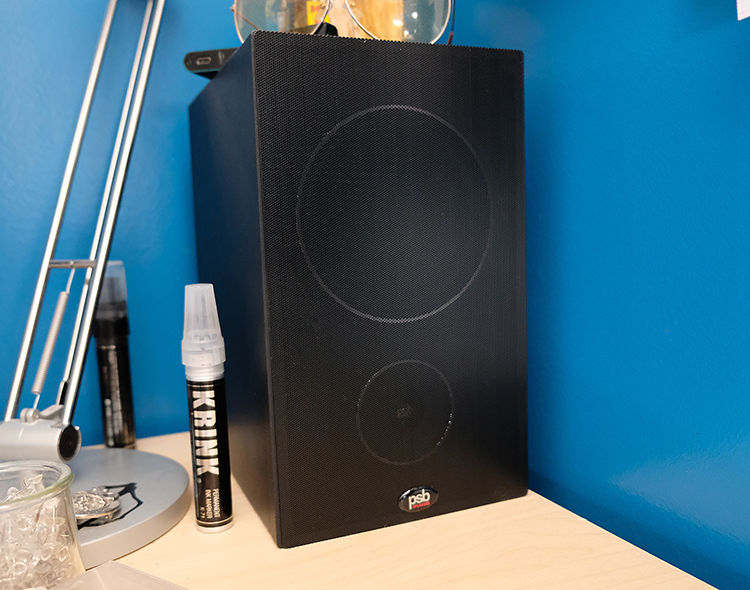 I don’t think it’s any secret; the world of Hi-Fi audio can sometimes be unforgiving to the initiate. It takes a degree of knowledge to be able to operate high-end, expensive equipment and tweak it to one’s liking. It has become far more convenient, in recent years, to simply pop in a pair of earbuds while streaming with your smartphone or gravitate to an all-in-one audio solution for home listening. Many enthusiasts claim these concessions to convenience exact a toll in ultimate audio quality. How is one meant to provide quality sound to a generation that holds ease of use as paramount? This is the issue that the PSB Alpha AM5 bookshelf speakers aim to remedy. I had the pleasure of talking to the designer of these speakers, Paul Barton, during the writing of this review, and he made it clear that his goal was to eliminate the mystique around Hi-Fi for the young generation. Ergo, he was excited that someone my age was writing this review since I happen to fall cleanly into his target demographic. Even at a glance, the AM5s appear uncomplicated and easy to understand, which is a good omen for the audiophiles hiding among Generation Z. 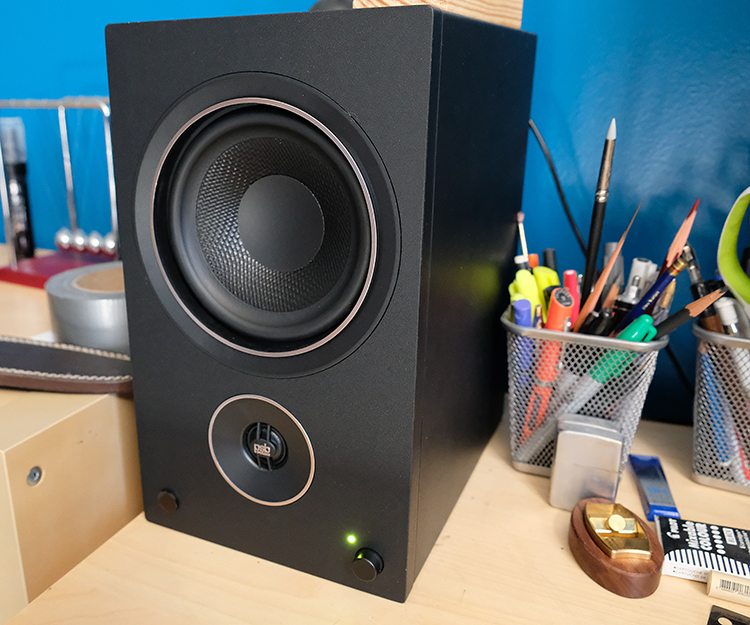 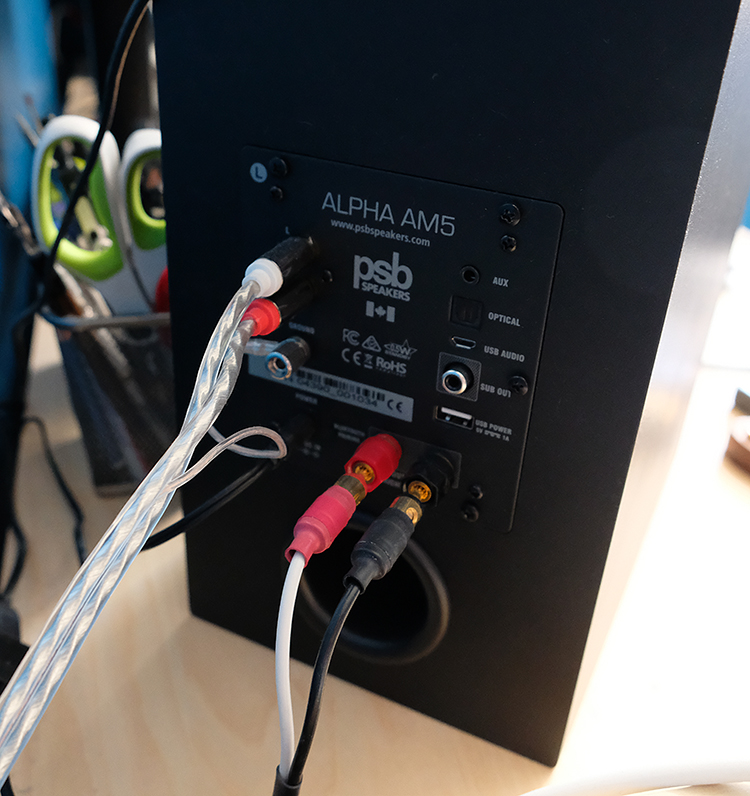 The PSB Alpha AM5s are a pair of modestly sized 2-way bookshelf speakers. The first thing that struck my eye was that the driver placement is slightly unconventional, with the woofer positioned above the tweeter as opposed to the usual orientation for two-way speakers. The left channel speaker serves as the brains of the two; on the bottom right corner of the front face is a small cylindrical protrusion that serves as a power button, mode select, and volume dial. Adjacent to that is a colored LED that denotes the active input and listening mode.

On the bottom left corner sits the infrared sensor. All the inputs are tucked away at the back. They consist of a MM phono input (phono electronics are provided courtesy of NAD), a 3.5 mm analog AUX input, an optical digital input, and a USB audio input. AptX Bluetooth is also available for streaming audio from your smartphone. For outputs, there are a pair of speaker binding posts that connect to the right speaker, a subwoofer output, and a 5V USB charging port. 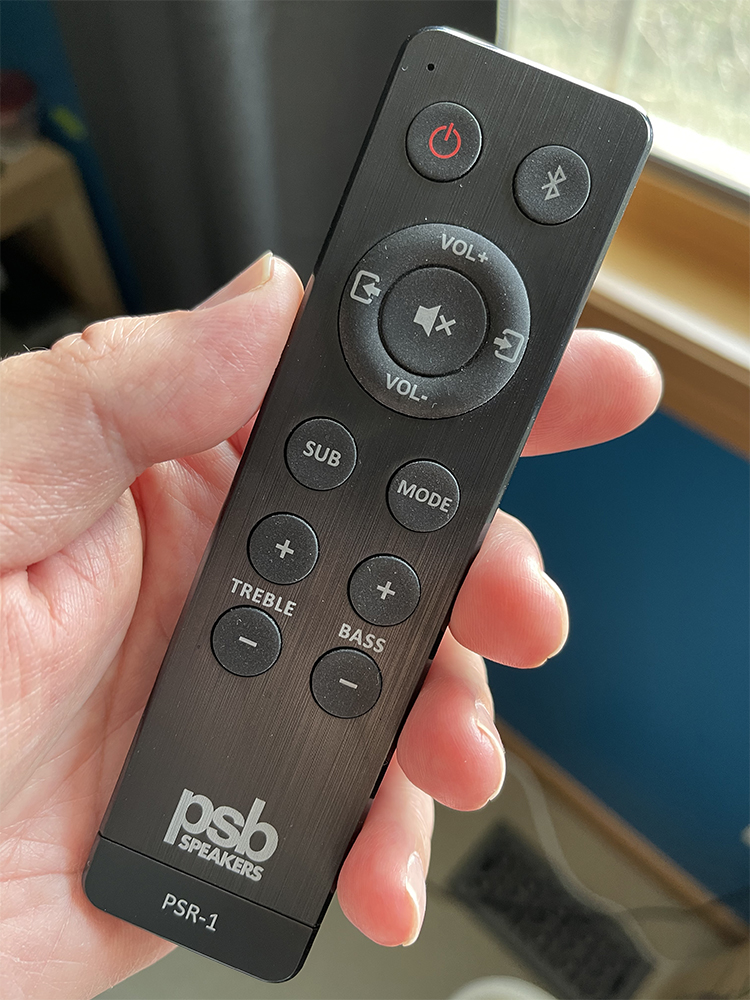 The grilles magnetically cling to the front of the speakers like barnacles on the hull of a ship. It is immediately clear that the AM5s were designed with minimalism at the forefront. There is no unnecessary clutter, no tacky embellishments, or flared angles. Only the necessary is allowed to be seen. Most of the advanced features of the AM5s require the use of the remote control to access, most likely to avoid fussing with buttons on the unit itself. As someone who doesn’t particularly like very flashy speakers or IEMs, this is appealing to me. Not only are they easy on the eyes, but it is also easy to lean back and control each aspect of the sound with the remote.

The AM5s include an interesting technology licensed from a company called Waves, out of Israel. This DSP plugin, called MaxxBass, enhances the perceived depth of the AM5s low-end frequencies by “[using] psycho-acoustics to calculate the precise harmonics that are related to the fundamental tones of sound” (from waves.com). In layman’s terms, it’s like giving your bass a 32oz coffee. This psycho-acoustic trickery certainly works wonders in the AM5s’ favor. Besides this, the AM5s feature four distinct listening modes; Stereo, Widesound, Dialogue, and Widesound™ Plus. The Stereo mode is for general function. Widesound mode gives the speakers the effect of an enlarged soundstage, with the environment seeming to surround the listener. Dialogue mode gives the spoken word an extra level of clarity. Widesound™ Plus mode combines the effects of the two. With these four presets, the user can shift the Alpha AM5s to suit their own needs at any specific moment. 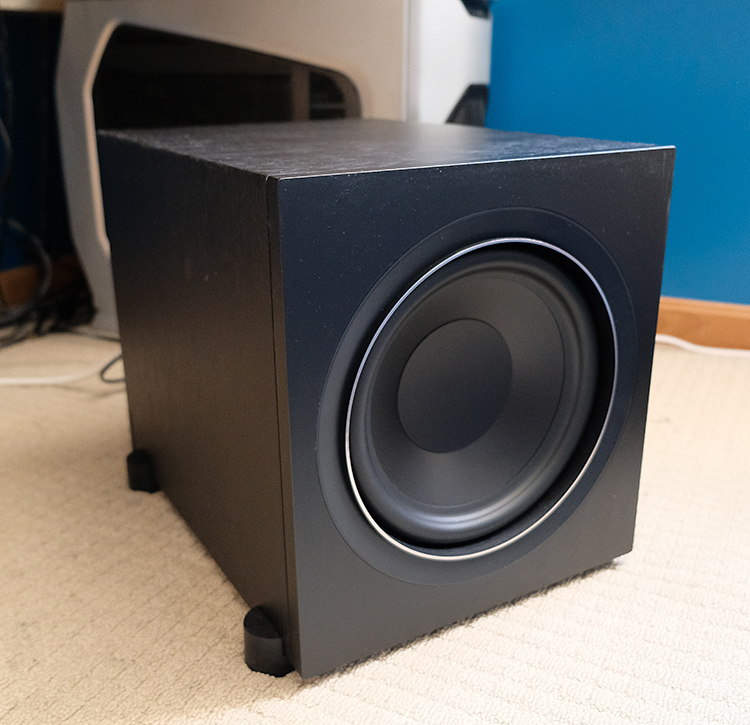 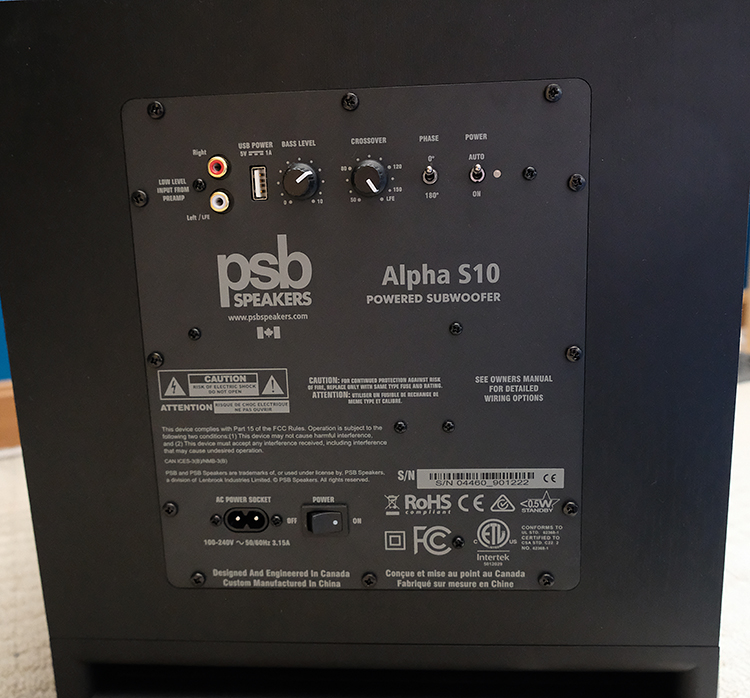 In addition to the AM5s, I was supplied with one of PSB’s Alpha S10 subwoofers to pair with the AM5s. The design of this is somewhat standard fare as subwoofers go; a hefty cube that’s held aloft by four cylindrical feet. With a 10” driver, the subwoofer can produce ample bass while still remaining unobtrusive. The S10 feels like an old pal to the AM5s, due to their ability to switch bass duties between one another seamlessly (an interesting feature I’ll elaborate on later). All in all, the three speakers fit together like a jigsaw puzzle. 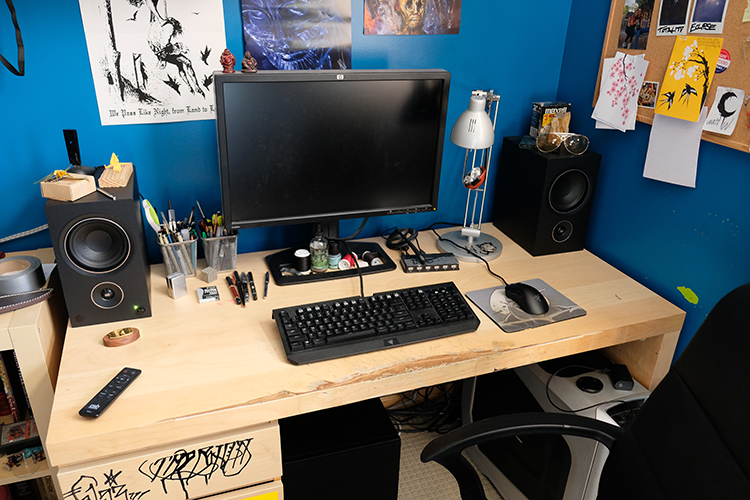 The PSB AM5 speakers were set on either corner of my desk, positioned approximately 4-feet apart without toe-in. The PSB Alpha S10 subwoofer was placed under my desk and (with the AM5 in subwoofer mode, to direct the low end through it) I set the output level by ear with some familiar music until I heard a smooth transition between the speakers and subwoofer. Finally, my desktop computer was connected via the AM5s USB input, and my NAD C558 turntable with MM phono cartridge was connected to the AM5s phono inputs, comprising all the source setup I would need.

The AM5s saw a lengthy stretch of daily use, with everything from movies to music and video games. I deliberately tried a variety of things because of the unique listening modes that are included with the units. These can be used to enhance dialogue, provide more of a soundstage feel, or increase spatial immersion. These came in handy while I was playing the newly released Cyberpunk 2077 on my PC. During my time with the game, I relied mostly on the Widesound™ Plus mode to enhance both the immersive environment and the detailed dialogue (which was helping make up for the low frame rate that my computer was spitting out). The Dialogue mode was especially helpful with movies, allowing me to hear every harrowing word of David Cronenberg’s Videodrome without the extra soundstage edge. Not only that, but the sub modes allowed for easy alternation between the AM5s and the S10. At the press of a button, the AM5s stop crooning the low end, and the S10 takes its place. While I largely used the speakers with the subwoofer on, this extra flexibility is incredibly useful. When it comes to sound quality, the AM5s and their subwoofer partner excel. Their versatility does not spell weakness in any one area, PSB has managed to incorporate a wide range of functions while still retaining integrity in performance. Whether I was spinning vinyl, streaming music, or thundering down the highway of Night City, the sound that was produced was incredibly pleasant.

The only gripe I have with the AM5s is centered around the controls. While I respect the commitment to minimalism, the use of one button and one LED light proved a touch tedious. At first, it took a constant reference to the included color-coded sheet to determine which input I had selected, plus some time looping through the inputs if I missed the one I was looking for. This is, in fairness, partly because the speaker was an arm’s length away and I felt it unnecessary to use the remote, purely out of habit. Most of the capabilities within the AM5s are unlocked with the remote (including the ability to cycle the inputs backward). The AM5s also never really turn off, they simply go to sleep, maintaining a constant bright yellow light in this state. This is a tad frustrating, as I usually prefer the traditional on/off button. The light can be dimmed or disabled by holding down the SUB button on the remote control for 5-second increments. After the first 5 seconds, the LED intensity is reduced to 25%, press and hold for another 5 seconds and the LED dims completely. It wasn’t until near the end of my tenure with the AM5s that I was made aware of this function as it’s notation was missed in the first run of instruction manuals. PSB confirms that the online manual will be updated, probably by the time you read this. In addition, I found that sometimes the AM5s would go to sleep in the middle of use, or stay awake for a time after I was done using them. This is largely a matter of personal preference, but I usually like to decide when my speakers turn off. 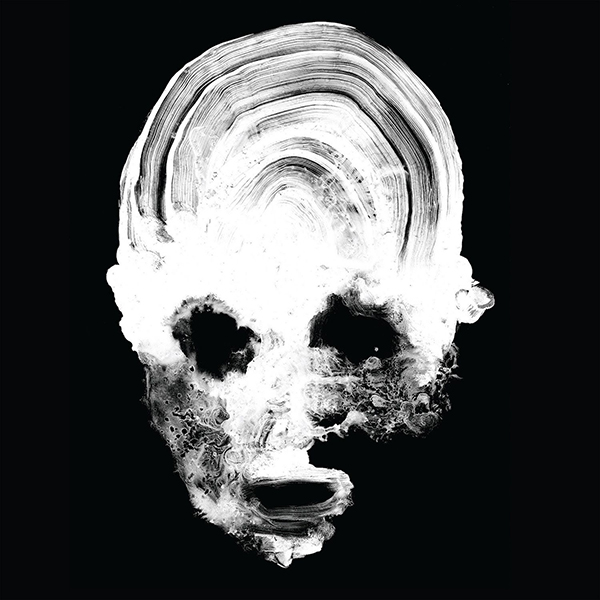 Daughters – You Won’t Get What You Want (Ipecac Records, 2018)
There is something truly unsettling about Daughters’ most recent album, which is brimming with grim atmosphere and unusual songwriting. It was a joy to listen to the AM5s recite You Won’t Get What You Want, soaking in with every twist of the tuning pegs on the outfit’s wailing guitars. Especially with the S10 backing the low end, it was a pleasure to listen to the strange rhythmic patterns placed underneath Alexis S.F. Marshall’s howls. 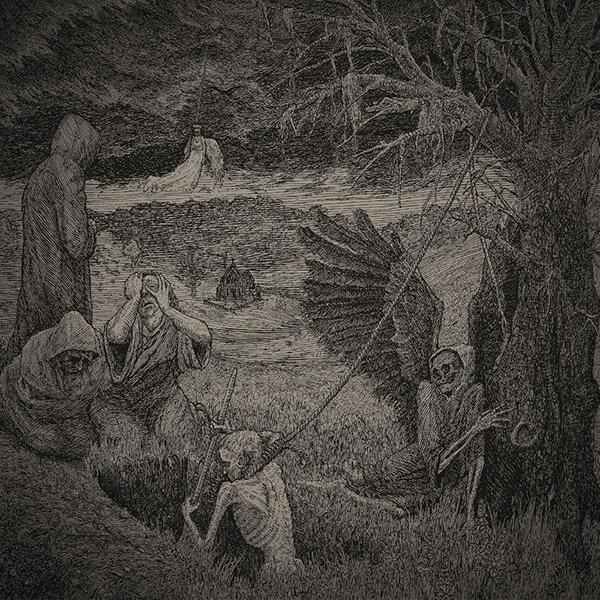 MSW – Obliviosus (Independent, 2020)
As per usual, I deliberately picked an album with a heavy low end to let the bass frequencies stretch their legs, especially with the MaxxBass technology at the AM5s disposal. Those familiar with MSW’s prior project, Hell, know what to expect from this record. A crawling dirge of crushing riffs and hammer-beaten drums, Obliviosus manages to deviate satisfyingly from the doom metal archetype set by Black Sabbath. In turn, the AM5s carry the bass duties of this album just as satisfyingly when the S10 is allowed to relax. I’m sure this is due in no small part to the aforementioned psycho-acoustic trickery. Regardless, the AM5s had no issue recreating the blackened sound that MSW is known for. 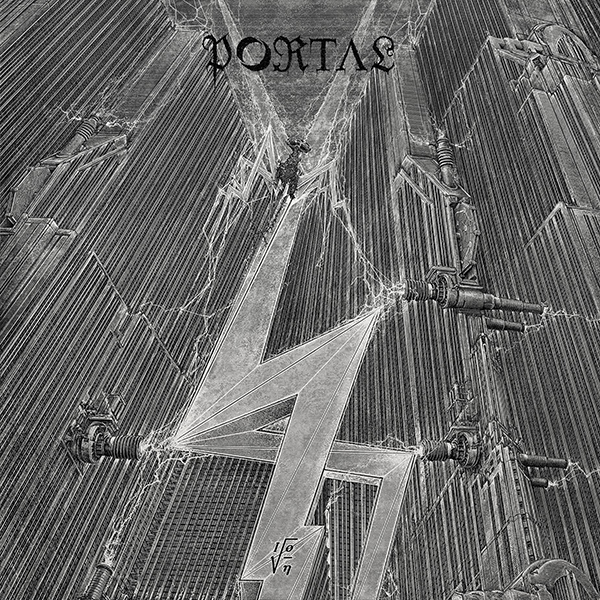 Portal – Ion (Profound Lore Records, 2018)
Not only was this record chosen to test how the AM5s perform with a turntable, but it also features an incredibly dense and difficult sound paired with a black metal production sensibility. Packed to the brim with guitar lines that almost seem to slosh around in a whirling vortex of drum beats and The Curator’s half hissed, half sighed poetry. Despite the towering wall of sound that the Australian group (entity?) produces, the AM5s were able to deliver it in a way that seems to communicate the electricity so graphically depicted on the cover. 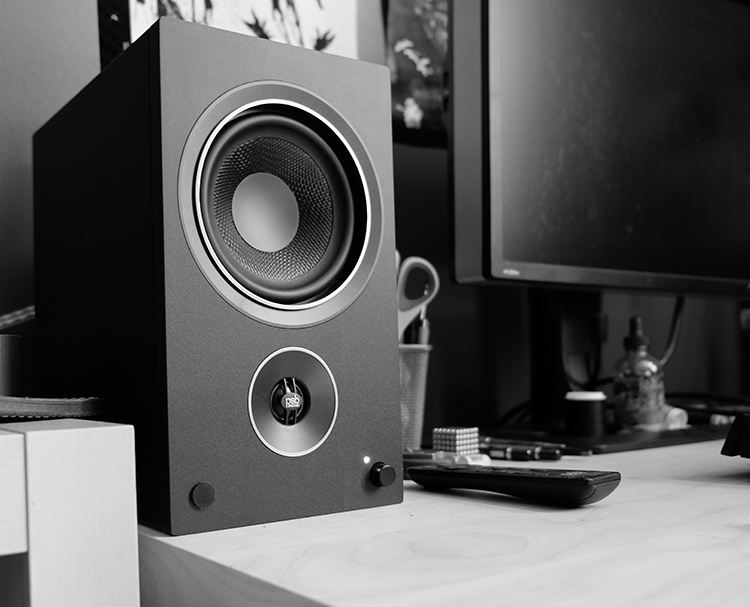 The PSB Alpha AM5 is a boon to teens or twenty-somethings looking for a more gratifying listening experience with any media. Both alone or with the S10 subwoofer, it allows the interested neophyte to explore the finer points of high-fidelity audio at a fraction of the usual investment.

The PSB Alpha AM5s serve as a tremendous starting point for a newcomer to high fidelity, while still retaining features that will enthuse them to explore further.

I can envision the PSB Alpha AM5s as a great gift for someone my age that appreciates music. Lots of my peers do own turntables and have vinyl, but many use mediocre hardware. Most are still used to streaming music from their phones for convenience’s sake. If any one of them were to receive a pair of these, I’m sure that in time they would grow to appreciate the difference in quality and go on to further investigate the wide world of high fidelity. In terms of being a gateway for newcomers into the hobby, I would say that the Alpha AM5s hit the mark squarely in the bullseye.