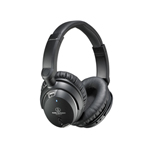 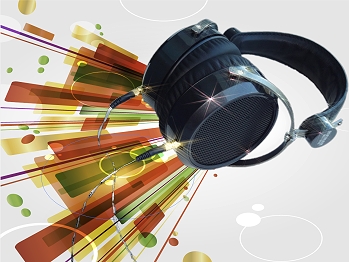 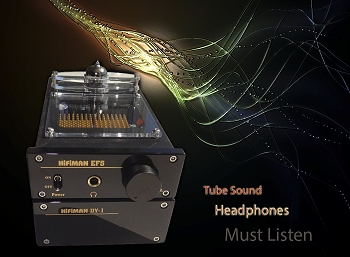 HiFiMan is a relative newcomer (2006) to the audio product scene. Their specialty is headphones (including over-the-ear and earbuds) and headphone amplifiers. We have reviewed several of their headphones, with positive and enthusiastic findings. The HE-500, reviewed here, are over-the-ear headphones, meaning that they completely enclose the ears. This model also uses planar magnetic drivers, which unlike cone drivers, are flat, very thin plastic membranes, on which is attached a thin conductor. The membrane is near permanent magnets, and when the signal flows through the conductor, the opposing electromagnetic field on the conductive membrane is pushed away from or attracted to the permanent magnets, producing the sound.

The company’s line-up of headphone amplifiers includes the EF-2A, EF-5, and EF-6, with the first two models having tubes in the circuit, while the EF-6 is totally solid state. They also market sound cards and DACs.

As mentioned on the previous page, the HE-500’s are planar magnetic. The membrane with conductor is disc-shaped, and several small thin permanent magnets are situated vertically, across the area of the circular membrane, and in very close proximity, with a small space in between each magnet for air to pass through to the outside of the headphones. When the music signal passes through the conductor, it creates an electromagnetic field that varies in north-to-south orientation, and intensity with respect to the loudness of the music. This causes the membrane to be pushed away from or pulled towards the permanent magnets, whose north-to-south orientation is constant. The sound created by the moving membrane passes through thin fabric and then to the ears. It also passes between the magnets and out to the room.

The fact that the sound moves un-restricted out to the room makes the design classified as an infinite baffle. In other words, your ears are receiving the front wave of the sound, and the room, as well as openings to other room, and open windows to the outside, are receiving the back wave. This eliminates rear-wave interference that is a problem that speaker manufacturers have to deal with when they put the drivers in a box. When listening to the HE-500’s, I could notice a difference in the sound if I passed my hands across the outside of the headphones, even a few inches away from the surface. That produced a rear wave that was reflected back into the open headphone, through the magnets, and affecting the planar membrane.

The cables have silver conductors with a simple braided configuration. They appear to be blue in the photo, which is just the angle of the sunlight that I used to take the picture. Over on the right hand side, you can see the silver in the conductors. 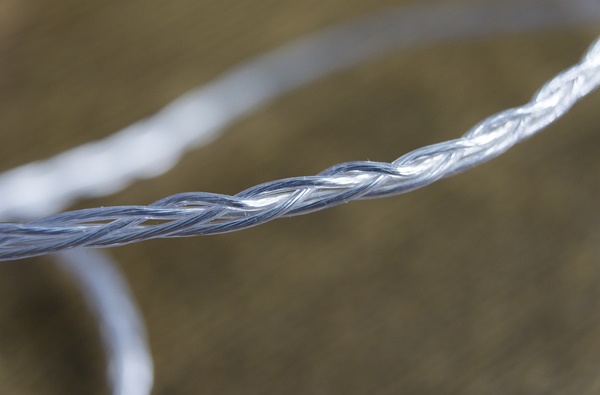 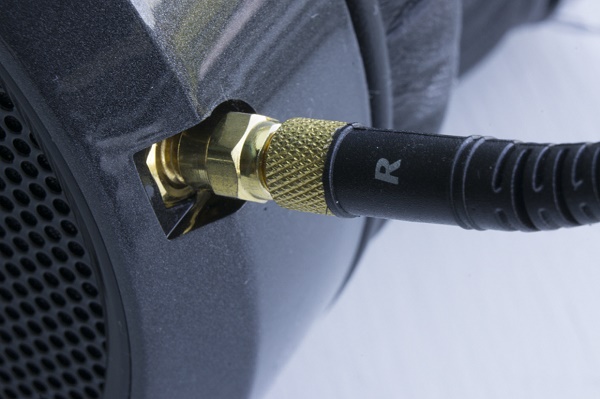 You can, if you wish, just use a box cutter to cut a slot in the carrying case, so that the cable connectors will fit into the case, with the cables folded on top of the headphones. However, I have been using the HE-500’s so often, I just store the whole package (HE-500’s, EF-5 amplifier, and my iPod) on an end table next to my easy chair. 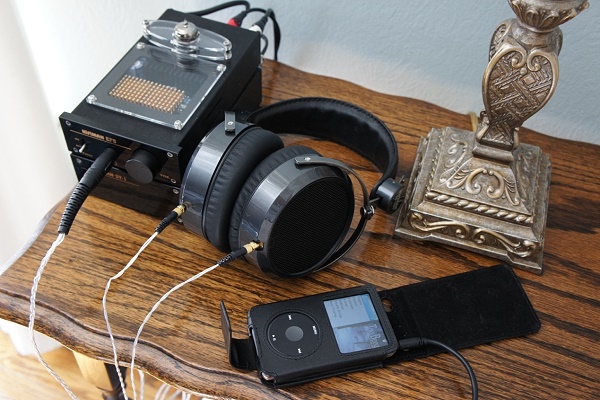 The EF-5 is a hybrid design, using a 12AU7 dual triode as the input stage, operated in Class A, and two OP275 op-amps as the output stage, operated in Class AB (each op-amp has two channels, which are configured as push-pull for a single channel in the EF-5). It has two chassis, one for the power supply, and one for the gain stages. The rear panel has two RCA single-ended output jacks, an on/off toggle for the power supply, and connectors for a cable that attaches the power supply to the gain stage chassis. The AC receptacle is grounded. There is also a slider switch to select 120 volt or 240 volt operation. Be sure to check this switch and set it to your local voltage. The tube is packed separately, so you simply align the pins in the socket and push firmly, but gently, to insert it. 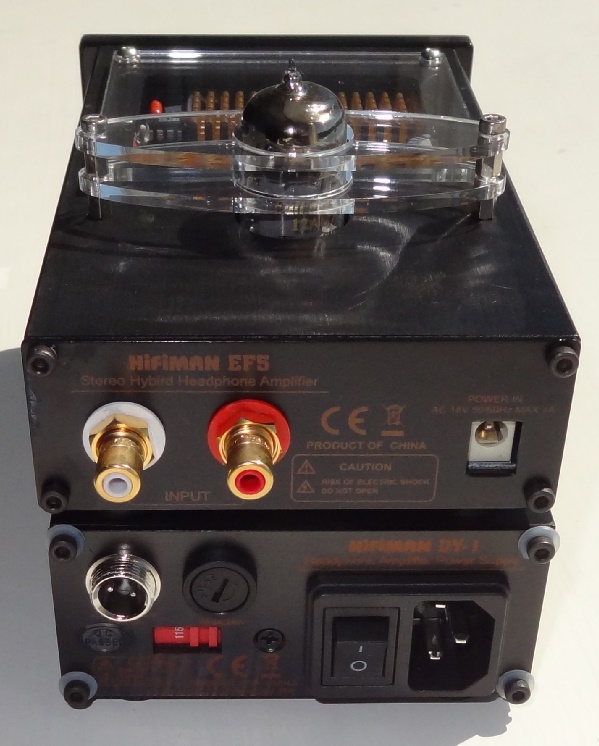 In Use and On the Bench

It’s been awhile since I have used headphones, although I do have the ubiquitous earbuds for my iPod. Although earbuds sound good, if you have a high quality pair, over-the-ear really does make a difference. For one thing – and especially with the HE-500’s because their outside surface is open to the room – there is less of the “in your head” soundstage. I could easily mentally project the musicians in front of me with the HE-500’s.

I could detect no audible distortion of any kind, even with the volume turned all the way up (the HE-500’s are not very sensitive, so “all the way up” was loud, but not anywhere near as loud as I can get my regular audio systems to play).

Well, these are the best headphones I have ever experienced. For one thing, they are planar rather than conventional cones, and planar speakers’ claim to fame is based on a large surface area that moves only slightly, compare to cone speakers that have a smaller area (piston diameter), so they have to move back and forth a larger distance to move the same amount of air, with the result being more distortion at loud levels. I have to mention at this point that the comparison is with large floor-standing planar speakers compared to their coned counterparts. With headphones, the cone drivers don’t have to move very much either, so headphones of any kind tend to have lower distortion than big box speakers.

Secondly, the “in-my-head” soundstage that I dislike with more conventional headphones, and certainly with earbuds, was significantly reduced with the HE-500’s due to their open back. I guess the word I would use is “transparency”. It’s the same effect I hear with floor-standing planar magnetic or ribbon speakers, where the sound comes out the rear side of the speakers as well as the front.

The overall sound of the HE-500’s was more neutral than earbuds (which sometimes tend to be a bit bright), and also the bass was more natural (earbuds use a completely sealed chamber between the driver and your eardrum a few millimeters away, which can make deep bass very intense).

Lastly, I heard much more detail in the music than I do with any of my reference setups. This isn’t really a fault with speakers. It is due to the fact that the high frequencies decline in loudness faster than the low frequencies as you sit farther and farther from the speakers. Fortunately, this problem is not quite so bad with speakers that use long thin (thin, in the side-to-side dimension) ribbons for the tweeters (some planar speakers have thin ribbons for the high frequencies).

Nevertheless, the headphones beat all my speakers for clarity, detail, freedom from distortion, and neutrality. It is not just my experience, but most people who compare good headphones with good speakers will say the same thing.

The answer is complicated, but here is the way I see it: (1) a conventional audio system can be enjoyed by everyone in the room, and having friends over to listen to your latest SACDs or have background music for a dinner party, is a lot of fun; (2) although the headphone manufacturers are working on it, surround sound is just not practical with headphone, even with several drivers aiming from different directions in the same ear cup; (3) guys like to have “stuff”, and a room full of audio gear satisfies that craving.

The solution? Since a good pair of headphones such as the HE-500 along with a good headphone amplifier like the EF-5 won’t set you back even as much as just one pair of the good speakers you have in your surround sound setup, so . . . purchase the headphone/amplifier and call it your “Very Personal Music System”.

Although I can bench test earbuds, I don’t have a satisfactory setup for bench testing earphones. I tried it once, but it really didn’t give me a feeling of confidence. So, you will just have to deal with my subjective evaluation of the HE-500’s.

However, the EF-5 headphone amplifier is another thing entirely. Here are the test results:

All measurements were made with a 300 ohm load and an 80 kHz bandwidth.

Using the same test frequency, at 0.5 volts output, distortion was 0.28%. At first glance, this seems high, but remember, this amplifier is a hybrid. The distortion is primarily second order, with only the third and fourth harmonics added. I really could not hear any distortion at all.

THD+N vs. Frequency Response was different between the two channels. I would suppose this to be an indicator that one of the triode bias settings needs to be adjusted.

THD+N vs. Output Voltage showed the lowest distortion at 100mv and then a rise to clipping at 1.7 volts output.

Although I use earbuds almost daily, it was about time I caught up on headphones, and the HiFiMAN HE-500 was a great re-introduction to the world of over-the-ear headphones. It gave me wonderful clarity, detail, and neutrality, with nary a hint of audible distortion. Although the EF-5 Bench Test results were not exactly stellar, the amp worked very well with the HE-500. I might consider upgrading to their EF-6 at $1,599, which boasts an order of magnitude less distortion and a full 5 watts of Pure Class A audio output power.

But for now, I’m happy with what’s sitting on the end table.