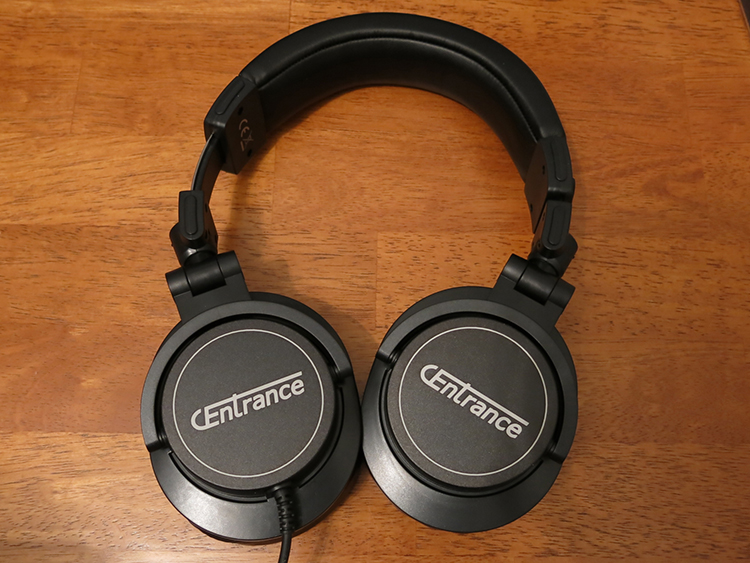 CEntrance may be a latecomer to the now crowded headphone market but their commitment to quality and quality sound immediately sets them apart in my book. If you google around a bit you might notice that these Cerene dB headphones resemble AudioTechnica’s ATH-50. The bones are the same, indeed this hearty headband and cup design are a great starting point, but CEntrance spent more than a year tweaking the design to their own specifications – tweaking for the sound. Headphones are certainly a tweakable entity, getting a smooth, full-range from a speaker, especially one contained in the small container of closed-back headphones, requires trial and error and a seasoned pair of ears and some tradeoffs, even at higher price points than this.

96dB, +/- 3dB, means there is plenty of loudness for all environments 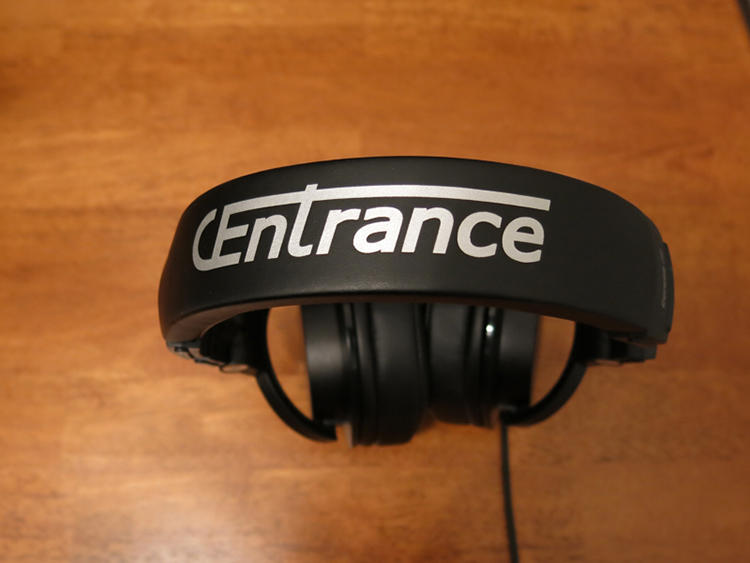 You don’t have to be an engineer to understand one key difference from the standard ATH-50, a bigger and wider headband. I have a jumbo-sized head and these phones fit quite nicely. The outside of the band is very solid-feeling plastic measuring 1 3/8th inches. Comfort is just one notch shy of the top one (notch, that is). To me, the most comfortable headphones have a headband of the suspension variety – the band that contacts your head is suspended by a larger wire (or pair of wires) band that connects the two earpieces. Designs such as that are not so suitable for travel or any sort of rough and tumble so the choices CEntrance made here seem spot-on. The cord length of 1.5m is designed to reach your nearby portable player or phone and no more. It has a soft feel but is of medium stiffness, it never tangled on me. The plug is 1/8” stereo-mini. No 1/4” adapter is included, I used one of my own for much of the listening I did.

The included case is a soft faux-leather. This doesn’t seem ideal for travel but, the phones themselves are so solid, and can be folded into a neat little package where the headband is protecting the earpieces, so you might prefer this case. Put it at the top of your backpack and damage should not be a concern.

The earpieces swivel 180 degrees front to back and vertically (up-down). See the pics. This helps them conform to your head and allows for the aforementioned travel configuration. All of it feels very solid and substantial. 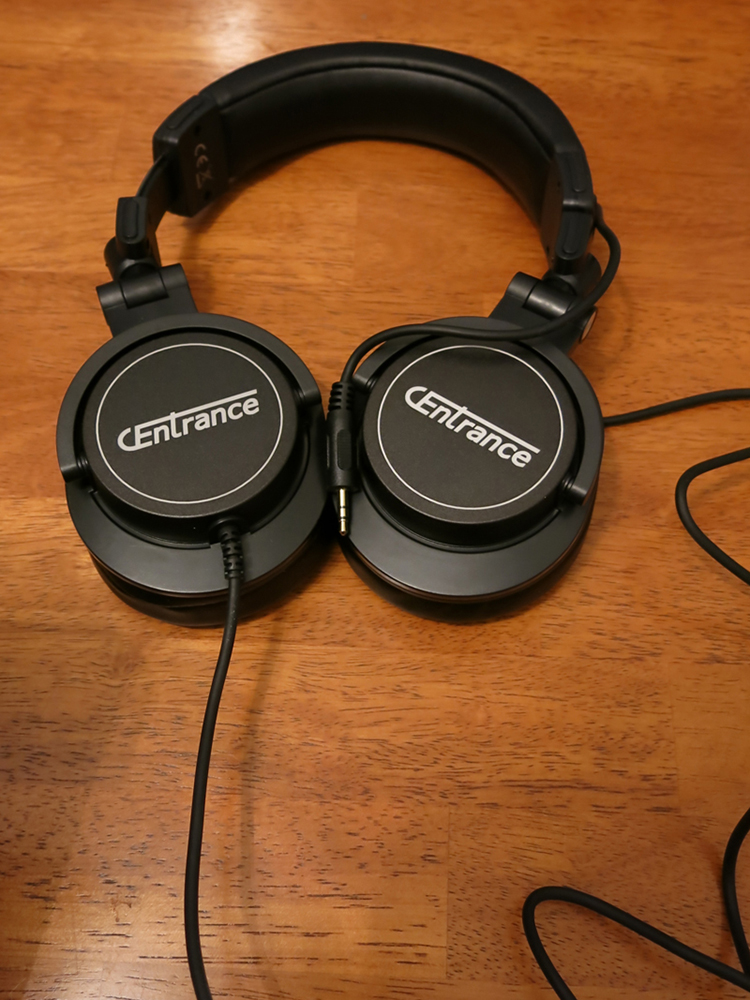 The earpads are indeed soft as advertised, and they provide some amount of isolation from outside sounds and even more in the other direction. If I had music playing I didn’t hear much else, if I paused the music, talking in the room could be heard clearly. However, people in the room couldn’t hear music playing when the phones were on my head. Comparing to the PSB M4U-2’s that I use for airplane travel, the Cerene’s are more neutral sounding but the isolation is nothing like noise cancellation. These PSB’s only sound their best with the noise-canceling turned on though and this adds their own take on equalization and only PSB knows what other processing. This makes them wholly unsuitable for studio use which of course is one of the goals for phones from a pro audio company such as CEntrance.

The processing by PSB does make one of my travel music favorites, The Bride by Bat For Lashes more stunning in its presentation as both the low end and highs are more distinct than with the Cerene dBs but using the PSBs for sound mixing is akin to choosing paint colors with your blue-blocker sunglasses on. A long-term note about the PSB’s, the covering of the padding on the headband is starting to decay. These guys are tucked neatly into their travel case for 99.9% (or more) of their existence so it’s just time doing its thing. FWIW, the material on the CEntrance phones seems heavier.

I think the following comparisons with the other headphones I keep lying around should be of more interest as noise canceling isn’t a factor. I don’t have a mega-collection of headphones but I might someday. Right now I have only the venerable Grado 325is and Beyerdynamic T1 v2’s. The Grados are famously open back and the Beyer’s are described as ‘semi-open’. Both cost quite a bit more than the Cerene dBs.

First off I can say that the Cerene’s are closer in presentation to the Beyer’s than to the Grados. The Beyerdynamic and CEntrance share an intimate sort of presentation. The far-more-expensive Beyer’s extended that intimacy to the farther regions of the soundscape, the chunky bass in the bridge of Kristen Hersh’s LAX (the first track on Possible Dust Clouds) has a space apart from the other instruments that the Cerene’s couldn’t match. But I’m here to tell you, the Cerene’s come way closer than they should given the roughly 4x price difference. That chunky bass is every bit as chunky, it gets mixed in just a little with the bass drum when that starts back up. Later in the track when the psychedelic guitar starts floating over the rhythm section I wasn’t thinking much about which headphones I had on. The Cerene dBs definitely have a studio-monitor kind of sound to them, no instrument or frequency range stands out over the others. They sound right.

Ok, a listen to that same track with the Grado’s while I’m here: The speed, the fast-liquid mid of the Grado’s was a different experience than either of the others. The passion in Kristen’s voice came through more but that chunky-bass bridge? Not as chunky. Grados are definitely a thing, I get it. I wish they were a thing with more bass though. I was keen to switch back to the Cerenes. 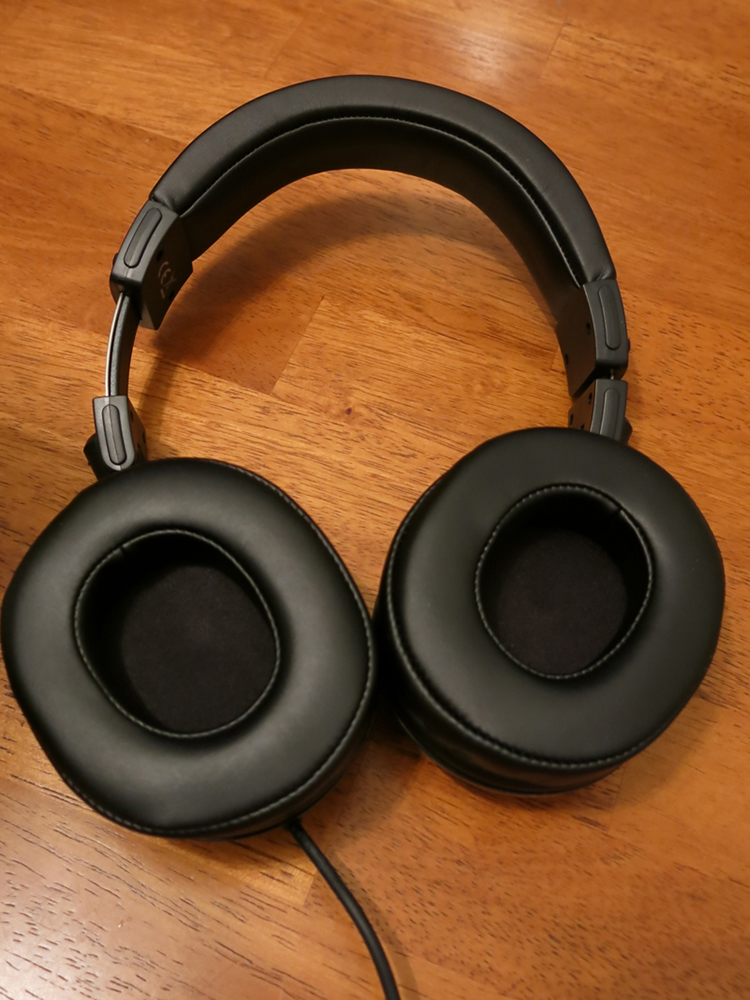 I tried the Cerene dBs with the variety of amplification products that I have around. There won’t be much point in going through the list completely except to say that these phones continued to live up to their pro-audio pedigree in that the character of each of the amps was revealed more than that of the phones. The one exception to that was the over-the-top expensive Simaudio 430HA. In this case, the amp’s full abilities were not revealed. But with my Apogee Groove or CEntrance’s own DACMini, there was a happy interplay between the amp and speaker. The Groove’s liquid-like current amplification was smooth on top of smooth with the Cerene dB’s. The DACMini has a rather glorious class-A amplifier stage that mated well with CEntrance’s phones.

Perhaps this was the amp they used most in voicing the cans? The DACMini’s speed was just slightly tamed by the Cerene dBs but the drive (pace) and midrange excitement was preserved. My favorite amp for most of the listening though was the Astell&Kern L1000. The L1000 takes a firm grip of whatever it is connected to and this was no exception. With the L1000 the high and low ends of Bat for Lashes’ “Sunday Drive” were more evident than with my other amps and it was clear that the Cerene dBs have got the range if the amp does too. The studio-mindedness was still evident however as Natasha Kahn’s voice didn’t soar above the rest of the track as it does with my aforementioned headphone standbys – rather it was quite equal, very equal, with everything else going on. There is no right or wrong to any of that, but it is right for headphones that are targeted for studio use or remote recording. (The CEntrance website has a reporter-bundle that packages these with a field recorder and a rugged looking case.)

So, I tried one of my favorite tracks for audio-analysis, the title track on Blonde Redhead’s Barragan. The band did a little field recording for this one. Birds, a very close-miked guitar, some rumbling from a nearby road, a flute (so beautiful), and finally car doors closing. The Cerene dB’s nailed it! Indeed this may be the best presentation of this lovely track that I’ve heard. This is a case where it really is unclear which of all of these sounds would be the one to be at the forefront and you don’t want to miss any of them, the recording is exquisite and the Cerene dBs let you know it. 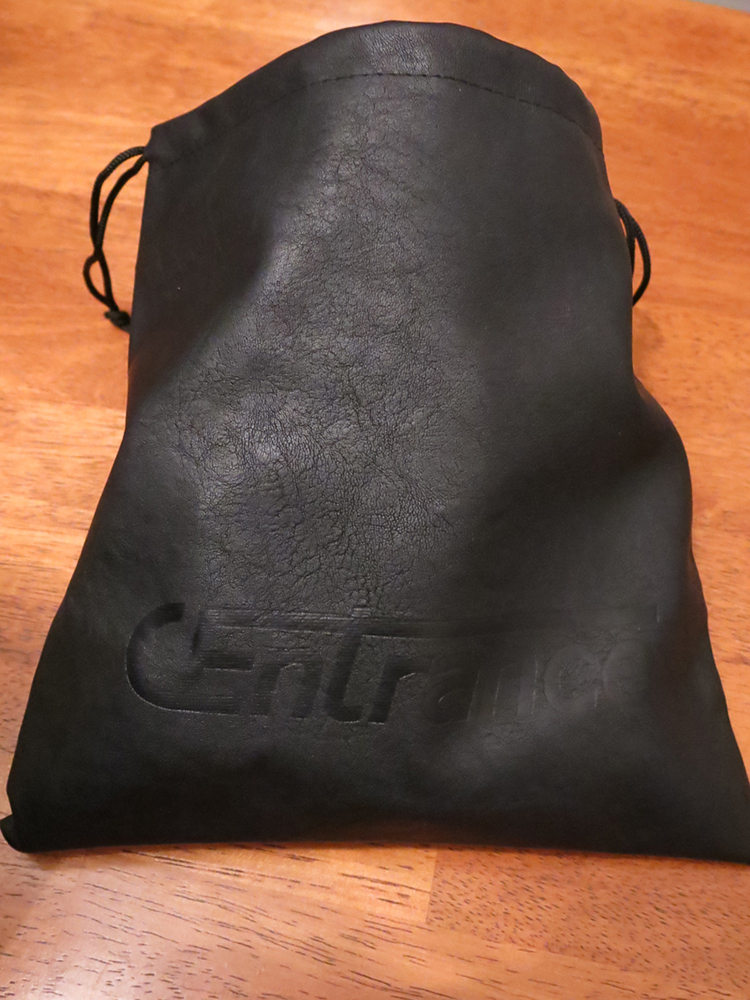 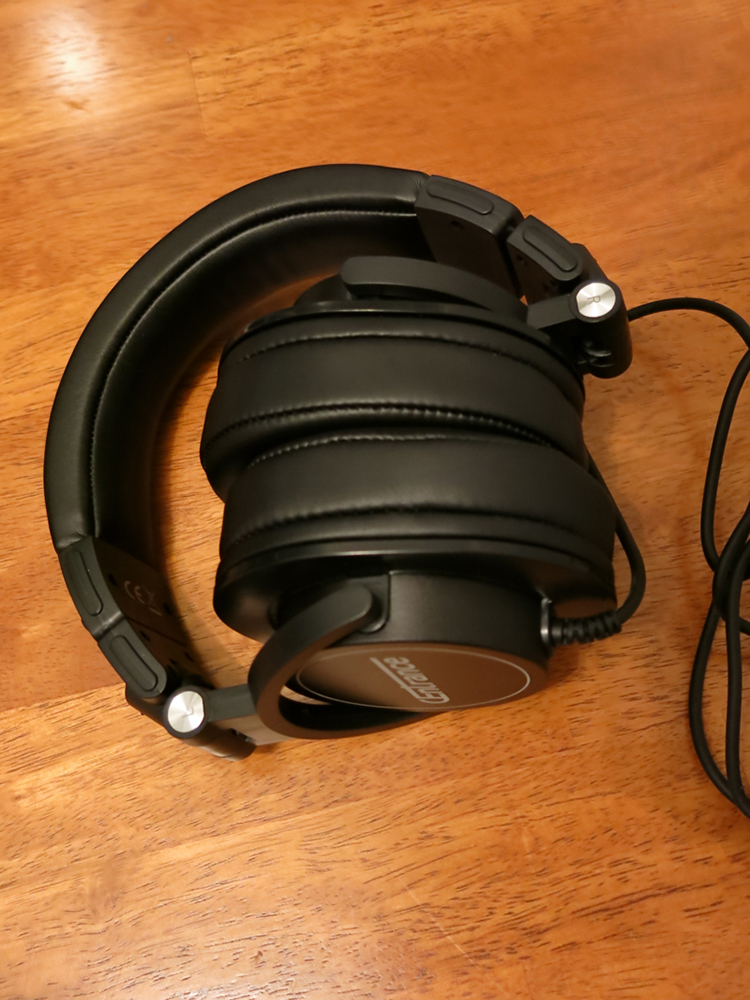 The CEntrance Cerene dB Headphones are clearly built to last and leave no part of the music unheard.

If the Cerene dB phones cost some multiple (2x… 3x) of what they do, I would have thought that to be about right. These phones are a screaming bargain and are eminently enjoyable.