Up NextWhat We Are Watching Vol. 9: February 2021
Chris Eberle 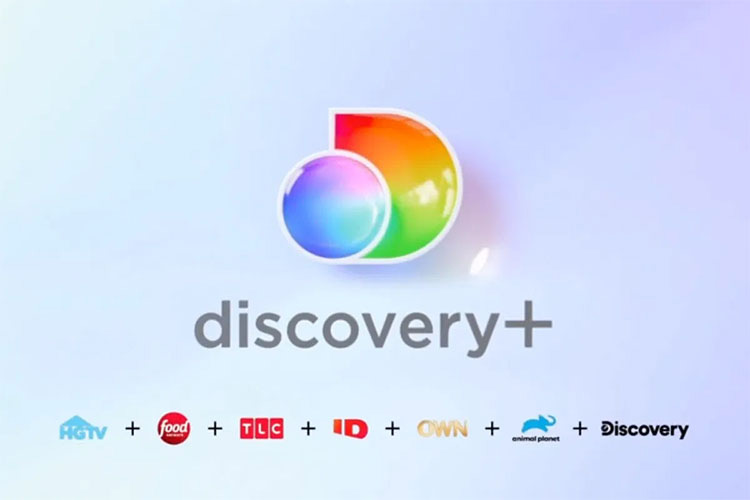 It seems that due to the planetary events of the past few months, there have been far fewer new Blu-rays for me to buy. I like a well-stocked movie library but in all of 2020, I only added a handful of new titles. But recent advertisements on Food Network and HGTV, which I watch a lot, have called my attention to Discovery Plus, a new steaming venture that debuted on January 4th of this year.

After checking it out online, it quickly became clear that this was exactly what I needed to finally (finally!) ditch my cable TV service. What started in 2013 as a good deal when I moved to Florida (less than I paid in NY by about $80) has become a serious wallet-suck. The bill has almost doubled in seven years. And I’ve noticed something else. The image quality from top tier streaming services like Netflix and Amazon is far better than what comes through my cable DVR. A recent upgrade to my television’s size and resolution has only made the difference more obvious.

Obviously, I could write an entire article on the reasons and steps taken to cut the cord. And I am certainly not breaking any ground here. But I wanted to specifically highlight Discovery Plus as it has mightily impressed me after just a week. For reference, I’m using an Apple TV 4K 64Gb.

First of note is the image quality. Watching old Food Network shows like Cutthroat Kitchen and Cake Wars is a revelation. They’re shot in high-def of course but they never looked this good; even when they were first on years ago and the compression rate on cable was lower. Color, contrast, and sharpness are all at the level of a good Blu-ray, that’s no exaggeration. If you have sufficiently fast internet; mine is just over 100mbps; you will be amazed at how much better it looks than cable. Audio quality? That is also equal with Dolby Digital sound on nearly everything I’ve watched so far.

Then there’s the content. A streaming service must offer a lot of variety. Discovery Plus has nearly everything past and present from Discovery, Food Network, HGTV; a total of 25 channels at present, 55,000 shows they claim. There are original shows like Six Degrees With Mike Rowe, a true gem. And for lovers of reality TV, there are lots of TLC shows to check out.

The app is extremely well-designed. My benchmark for this judgment is Netflix; Discovery Plus mimics it closely. There’s an easy to manage watchlist. Binge-watchers only need to wait a few seconds for the next episode to come up. All the content is grouped in logical categories. It’s easy to find a specific season and episode of a show. You get a thumbnail photo and short synopsis of each selection. It keeps track of what you’ve watched so you can get right back to your faves. If this is version 1.0, I look forward to what future improvements and additions will bring.

If you’re been waiting for a reason to cut the cord, Discovery Plus is it if you’re hanging onto Food Network and HGTV like I was. And there’s so much more to, ahem, Discover, that you’ll likely never run out of things to watch. 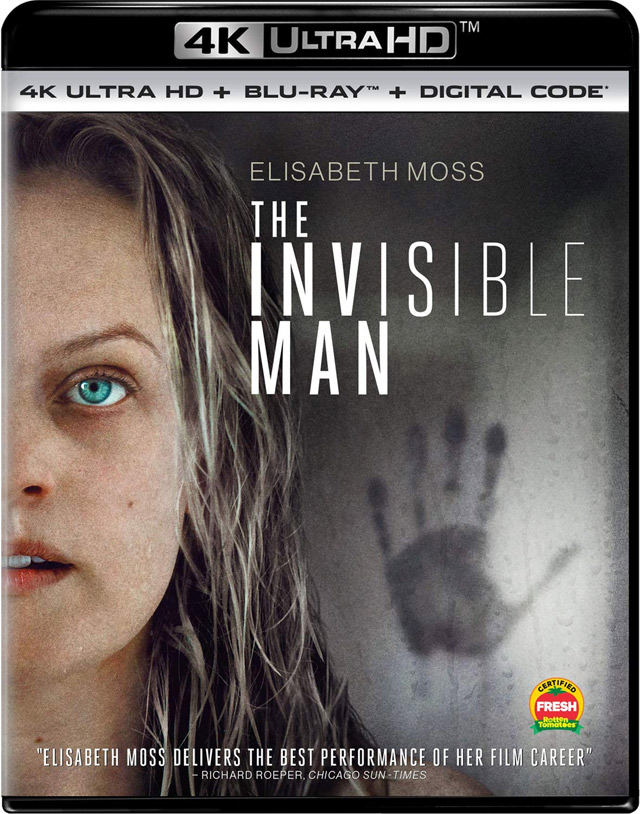 The Invisible Man, Universal Pictures, 2020, 4K Ultra HD Blu-Ray
What a thrill ride this movie is, and it’s terrific in 4K! The Invisible Man is a kind of, sort of riff on the original with Claude Rains made in 1933. In the original, our mad scientist devises a way to be invisible and spends the rest of the movie knocking off those who scoffed at him or those who were not believers. This latest version, starring Elizabeth Moss is a stunner. Here, she’s the main character and her boyfriend is an optics scientist who has been working on a method of invisibility.

It’s a nice twist – telling the story through the eyes of the victim instead of the Invisible Man. Moss is in an abusive relationship and sneaks out of the house, only later to hear her ex has killed himself. She’s relieved until strange things start happening, and she comes to believe he is close to her, but invisible and making all sorts of trouble. Eventually, she confirms he is still alive, but no one will believe her, as the attacks escalate. Moss is just terrific in the role, giving a realistic performance as someone who is driven to the edge of insanity, and the movie is skillful enough to take the viewers along for the ride. It’s been a long time since a movie could take me to a place of deep anxiety and fear.

The Invisible Man looks great in 4K HDR. There are a lot of shadowy scenes that are just begging for HDR treatment, and those scenes are involving and terrifying. Originally shot in 4.5K using Arri Alexa Mini and Arri Alexa Mini LF, the image is really stunning. It’s offered in DolbyVision or HRD10. The movie has an Atmos track, but I listened in 7.1 and found the soundtrack compelling, with the surrounds being there when the story called for them. A lot of horror films miss the mark, and The Invisible Man is not one of them. It’s filled with dread and anxiety, helped along by a great transfer and first-class audio. 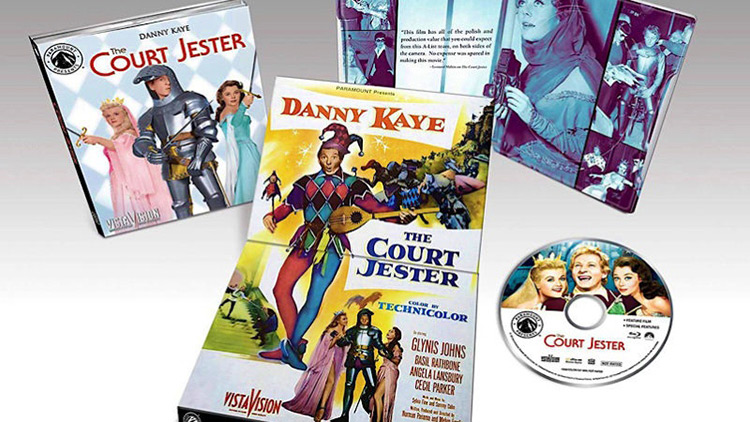 The Court Jester – 1956, Paramount Presents Blu-ray, Starring: Danny Kaye, Glynis Johns, Basil Rathbone, Angela Landsbury, and Cecil Parker. Not Rated, 1 hour and 41 minutes.
Paramount has released two marvelous movies with the incomparable Danny Kaye, one being this film in which no expense was spared to produce and another equally impressive performance in The Secret Life of Walter Mitty. It is a bit difficult to explain what an amazing (both on and off the big screen) actor Danny Kaye was. Not only could he act, but he could sing, dance, and was a master of verbal wit and tongue twisters… often as he was dancing and singing! He did not often rely on slapstick humor, but he was quite physical in his portrayal of his characters. His face was both attractive and hilarious at the same time and audiences could really relate to him. I was so glad to see that Paramount resurrected these gems from the Golden Era of Hollywood so new generations of viewers could enjoy Kaye’s comic genius. 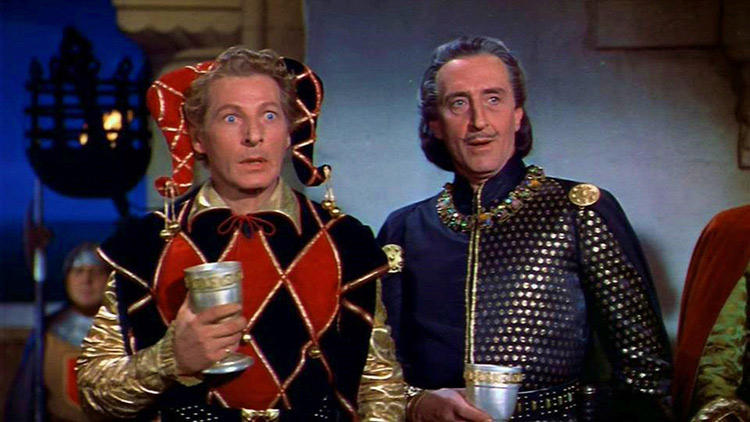 Kaye plays a jester who gets to sneak into the castle held by an usurper of the throne as a band of rebels lead by one called The Black Fox, try to wrest the throne back to the rightful heir, a baby with a purple pimpernel birthmark on his royal buttocks. There is plenty of swordplay, spells by a sorceress, romance, song, and altered identities to fill out the story for the whole family to enjoy. Leonard Maltin provides a special filmmaker focus commentary with behind-the-scenes stories and rare production photos. The movie was lovingly restored and looks amazing (VistaVision) both in color and sound. If you are keeping track, this is number 13 in the Paramount Presents series. Recommended! 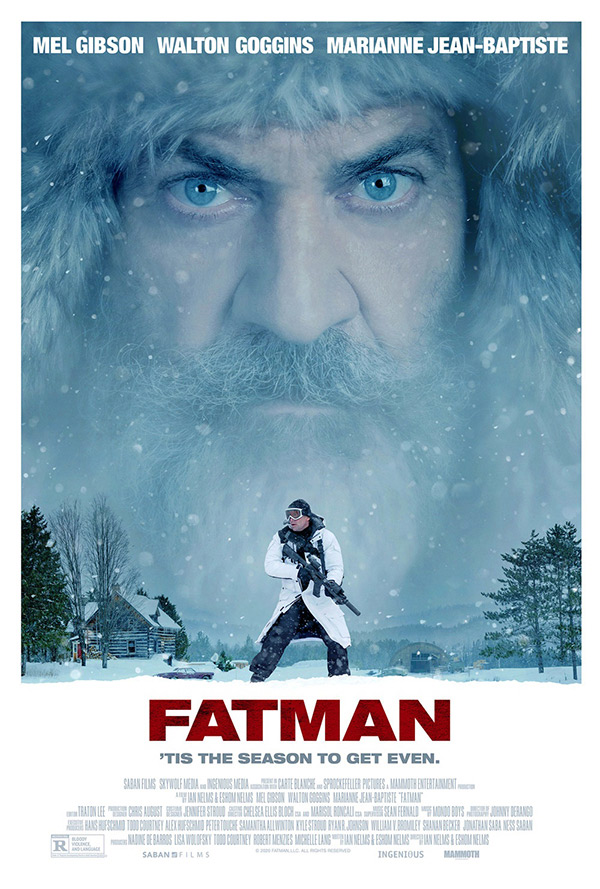 Fatman– 2020, Blu-ray, Starring: Mel Gibson, Walton Goggins, and Marianne Jean-Baptiste. Rated R, 1 hour and 39 minutes.
And a holiday movie from the vaults of “What Were They Thinking?”. The premise of the film is as follows; Santa (Gibson) gives a spoiled rich kid a lump of coal for Christmas because he is a jerk. The kid hires a hitman (Goggins, from the TV show, The Unicorn) to bump off the bearded protagonist, who due to hard economic times, has recently secured a contract with the Pentagon to produce weapons for the military. Got it? 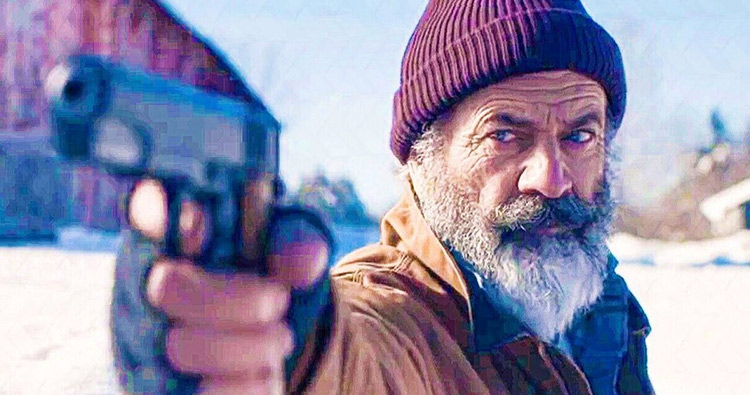 Now, I understand that this is supposed to be a dark comedy, but I failed to find anything comedic about the film itself. The great shoot ‘em up takes place in the last 15 minutes of the film with Santa taking a bullet through his left eye while his elves flee in terror. Without spoiling too much, Santa is not that easy to kill, though he will be delivering packages next year with an eye patch. If there is any social commentary from this odd movie, it flew over my head. In all fairness, Mel makes a [email protected] Santa that nobody should trifle with. Still. Who thought this was a good story for a movie?