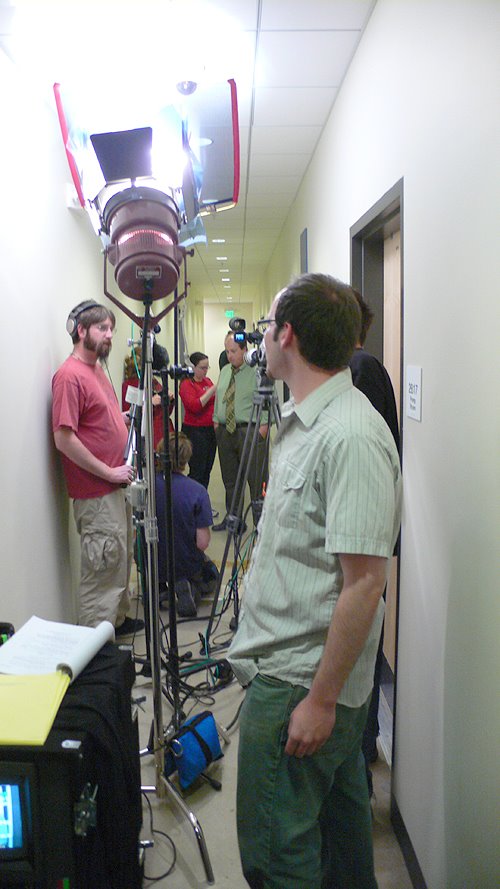 Negative feedback, or NFB, has taken a bad rap in the high-end audio community. Misunderstood by much of the audio press, and occasionally abused by audio designers, many audiophiles shun the idea like anthrax. In response, marketing departments have made claims of products with “Zero Negative Feedback.”

The benefits of lower distortion and lower output impedance seem rather obvious: more harmonic transparency, and a flatter frequency response into the reactive loads we’ve come to know and love as loudspeakers. While the excessive use of feedback can alter the proportion of harmonic distortion, tilting the ratio more towards higher order harmonics, which then might be more noticeable than 2nd or 3rd order harmonics of the same magnitude, both higher and lower order distortion will be lower in a carefully designed system.

Negative Feedback Graph 1What I find most interesting, though, is the relationship between gain and bandwidth. A device without negative feedback will have a lot of gain, but very poor bandwidth (rolloff in the high frequencies) – completely unsuitable for audio use. A device with a lot of negative feedback will have a high bandwidth and little gain. Gain can be increased with multiple stages, but bandwidth cannot. So, by necessity, a wide bandwidth amplifier with lots of gain will require more gain stages and/or feedback than an amplifier with lower gain and/or bandwidth. This flies in the flustered face of conventional audiophile wisdom which covets simple circuits above all else.

Most audio engineers would agree in theory that adding a gain stage which contributes neither current gain, voltage gain, nor a buffering function of any kind does nothing to improve the performance of a system. However, many don’t grasp, or won’t accept, that the number of gain stages is not necessarily inversely related to sound quality, so long as each stage carries out a valid function. After all, as one of our writers, John Busenitz, likes to point out, “If you think that a shorter signal path is always better, try driving speakers with a preamplifier.”

Before it seems that I’m holding negative feedback up as some kind of holy water cooler, let me say that NFB can wreak some nasty havoc if abused. For example, if a designer was dead set on a limited number of gain stages for whatever concerns, but still wanted more gain and/or bandwidth than the devices he chose to use would allow, he might use negative feedback to push the bandwidth beyond the open loop (without feedback) response of the circuit. This “technique” results in a rising response that peaks before the final (and sharp) rolloff.

Although this amplifier would spec out well in terms of bandwidth and distortion into a resistive load, the sharp slope in the upper bandwidth would cause a very poor phase response (i.e., there would be “phase shift”, meaning that the position of the high frequencies in time would be delayed from where they should be relative to the low frequencies). Regardless of whether the phase response itself is audible, phase shift creates a loop very prone to oscillating, making the correction very much after the fact, sometimes causing more error that in turn causes more correction, and so on. Not only does this promote ringing and IM distortion but, especially when driving capacitive loads which induce both a low impedance and heavy phase shift in the ultra sonic range, the oscillation can lead to catastrophic failure of the amplifier (“smoking” it).

In situations such as this, less feedback would have suited the design, but one could argue that it would also help to have a better engineer who knew the limitations of the technology and the chosen devices. Does it make sense to dull the knife because the cook cuts himself? I think not.

What then of these claims of amplifiers without negative feedback. Are they lies? No, not exactly. When an amplifier manufacturer or reviewer speaks of no negative feedback, what they’re referring to is not simply negative feedback, but global feedback compared to local feedback. Also, amplifiers often have DC servo-feedback to keep the DC offset at the output as near to zero as possible, and power supplies can have feedback as well. These are not referred to when stating “no feedback” in the specification sheet or marketing information.

Because of this, the total error which the feedback loop must address, including the high frequency cutoff phase error, is the sum of all the gain stages of the system, which gets a few designers in trouble for reasons already mentioned. In other words, all other things being equal, the correction speed of the global loop is lower than the local loop, because the bandwidth of the global loop is limited many times over by the multiple stages it must correct, and use to make that correction.

That does’t make global feedback bad. Like anything else, you’ve just got to be careful about how you use it. Even though local feedback allows for more immediate correction, it also requires a separate loop for each device. Plus, there’s no reason one couldn’t use both (local and global) with great success, even at the same time.

Unfortunately for us audiophiles, there isn’t a simple statement about the uses of feedback to evaluate the engineering merits of a particular piece of equipment. It’s not simply a matter of stating that more or less is better, but rather, one must examine the specific context of the application. If one really wanted to, one could apply a battery of tests to filter out the best designs from the inept. Considering that some of the most highly touted amplifiers on the market fail miserably in something so basic as stability, it seems quite tempting.

But, to truly evaluate an amplifier purely on objective merits, one almost has to be an electrical engineer. As rewarding as that may be, not everyone can implement, let alone interpret such tests. Besides, it’s so much more fun to spend the majority of the evaluation time listening to the equipment.

There is, though, a relatively easy way to get an indication of an amplifier’s high frequency stability which relates directly to the implementation of negative feedback. Look at the rolloff curve. Since the phase error is proportional to the slope, an amplifier with a slowly tapered HF rolloff is more likely to be stable than the contrasting example of a rising peak followed by a sharp drop. Of course, this doesn’t make any guarantees, as there are always more issues to consider, such as basic power supply characteristics for starters. But, if this stuff was easy, everyone would be designing audio equipment. Too bad, huh?