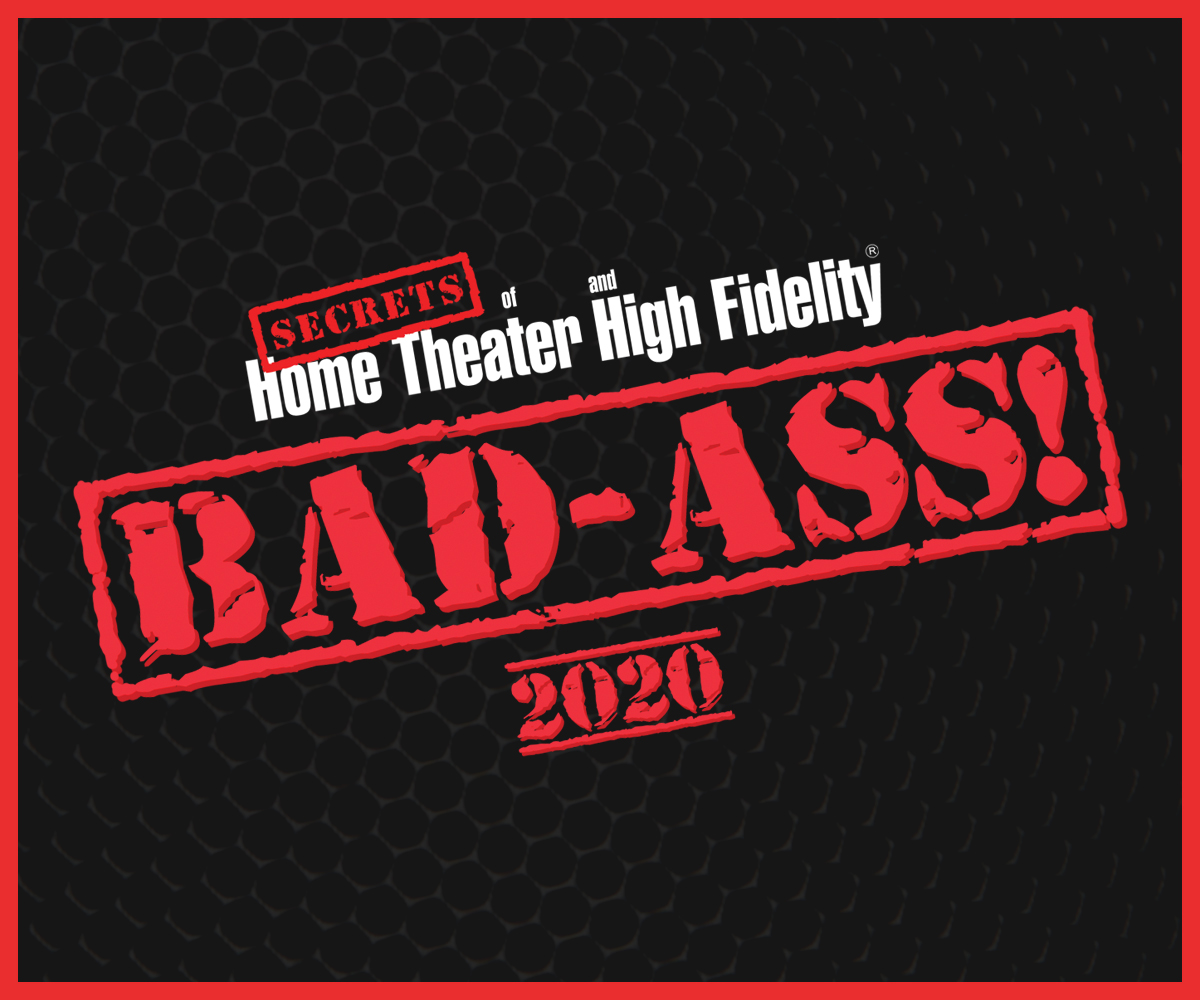 MartinLogan, a renowned manufacturer of electrostatic speakers, also makes many other fine audio products, including some impressive subwoofers. 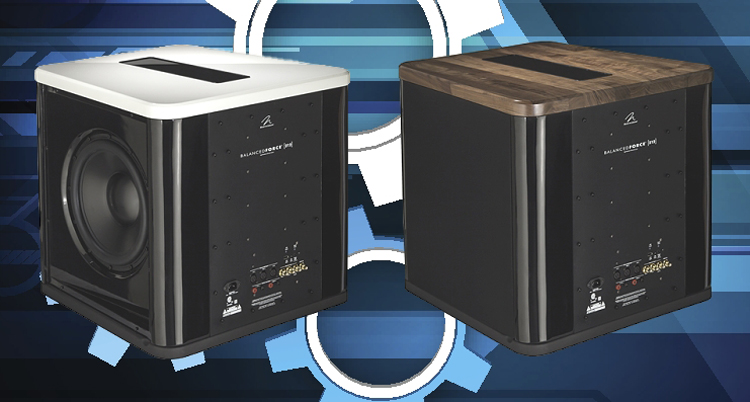 This one is the Balanced Force 212. It has two massive 12” drivers operating in bipolar motion (both drivers move in or out of the enclosure at the same time), balancing out any tendency for the enclosure to move.

Priced at $4,499.99 USD, and weighing in at 140 pounds, this is something that will take your home theater (and stereo audio system) to new levels of enjoyment. 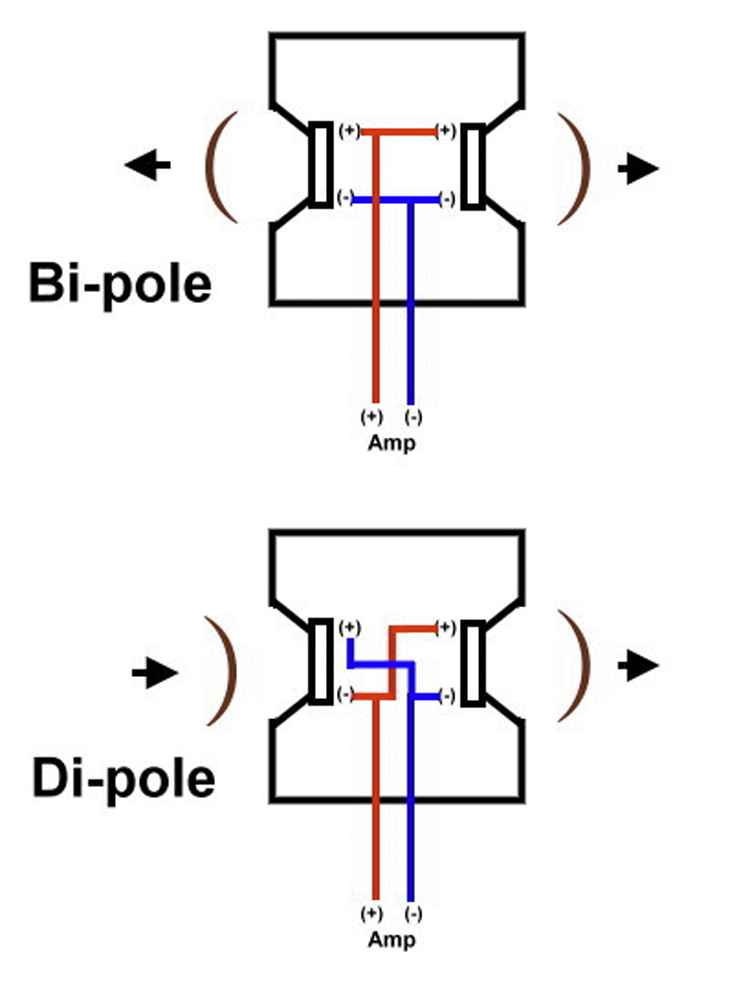 I have always been a huge fan of subwoofers because I really like deep bass. I have three 18” subs in my home theater and two subs, each with six 12” drivers, in my two-channel lab.

The MartinLogan Balanced Force 212 Subwoofer has two 12” drivers in a bipolar arrangement and two 850-watt amplifiers (1,700 watts peak/each). Here is a diagram showing the difference between a bipolar and dipolar driver configuration.

In the top part of the diagram, you can see the bipolar arrangement of the two drivers, each one moving in or moving out of the enclosure at the same time. This contrasts with a dipolar arrangement, shown in the lower part of the diagram, where the drivers are moving in opposite directions (diagram copyright DiyAudio). Speakers with open baffles on the rear (rather than a second driver) are effectively dipolar.

The Balanced Force 212 is a very heavy subwoofer weighing in at 140 pounds. In part, this is due to the 12” drivers being massive. That is necessary if one wants a subwoofer to put out massive sound. 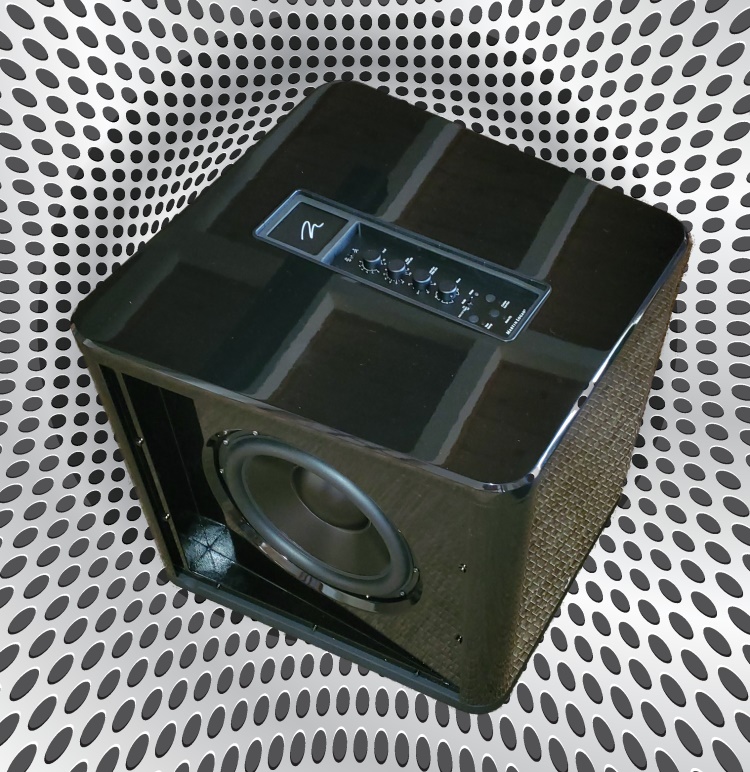 Here is a closeup photo of the control panel on the top of the subwoofer. 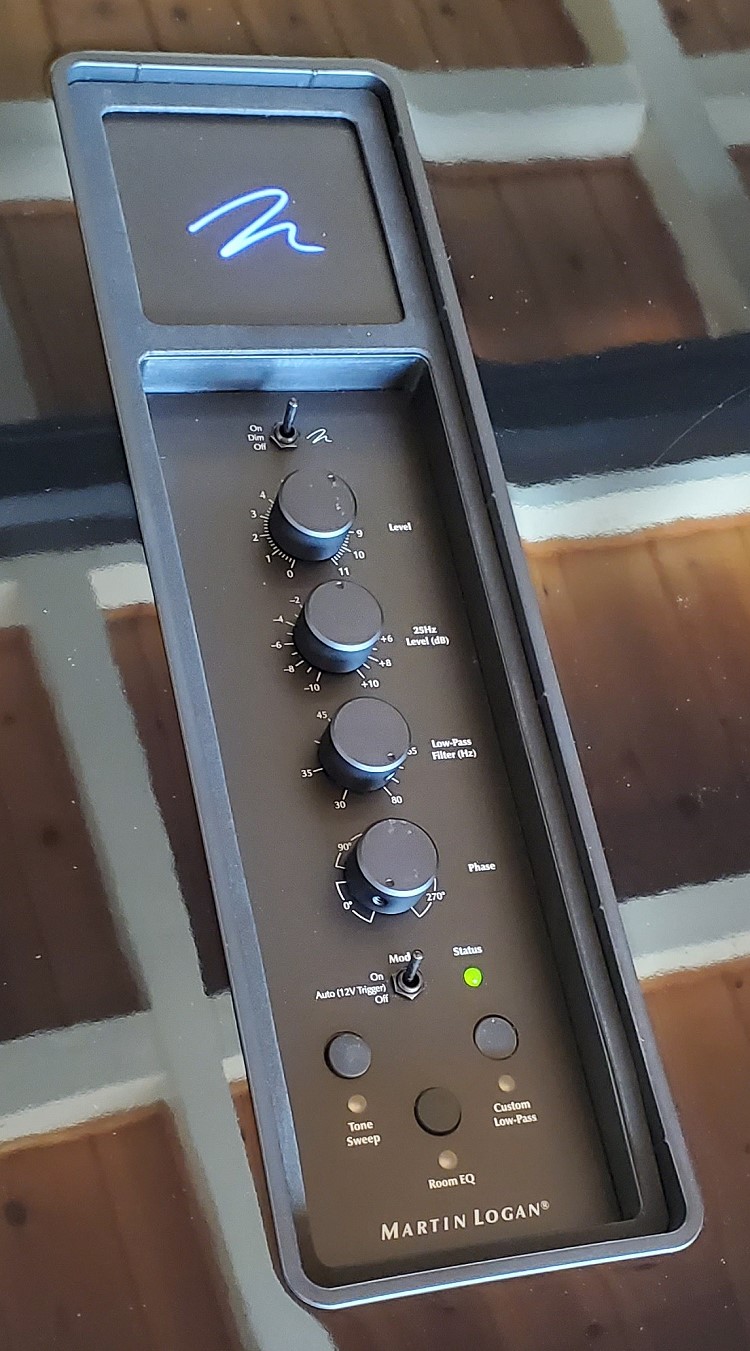 At the top is the MartinLogan logo, illuminated by throwing a toggle switch just beneath the logo. You can turn it on or off according to your preference.

The volume control (Level) is next, followed by a dial that lets you boost or attenuate the sound at 25 Hz. I didn’t find this necessary, so I left it at the zero setting.

The Low-Pass control is used to set the crossover frequency between 30 Hz and 80 Hz. For the bench tests, I set it at 80 Hz (except where specified), but in use with speakers, I liked it set at 40 Hz. Of course, this depends on your speakers.

The phase dial is the lower-most one in the photo. This adjusts the phase-angle of the deep bass sound. You have to do this by ear. Play some music with deep bass and turn the dial until it “sounds” the most appealing.

At the bottom are push buttons to play a Tone Sweep (120 Hz to 20 Hz). This lets you find out if you have anything resonant in your listening room so you can fix the problem. I ran this test and found a resonance in the 100 Hz – 120 Hz range. The spectrum below shows the sweep from left to right. I used an accelerometer for this test. There is a large peak in that range. Since it is above the highest crossover (Low-Pass) frequency of 80 Hz, it is not a problem that would be caused by the subwoofer. 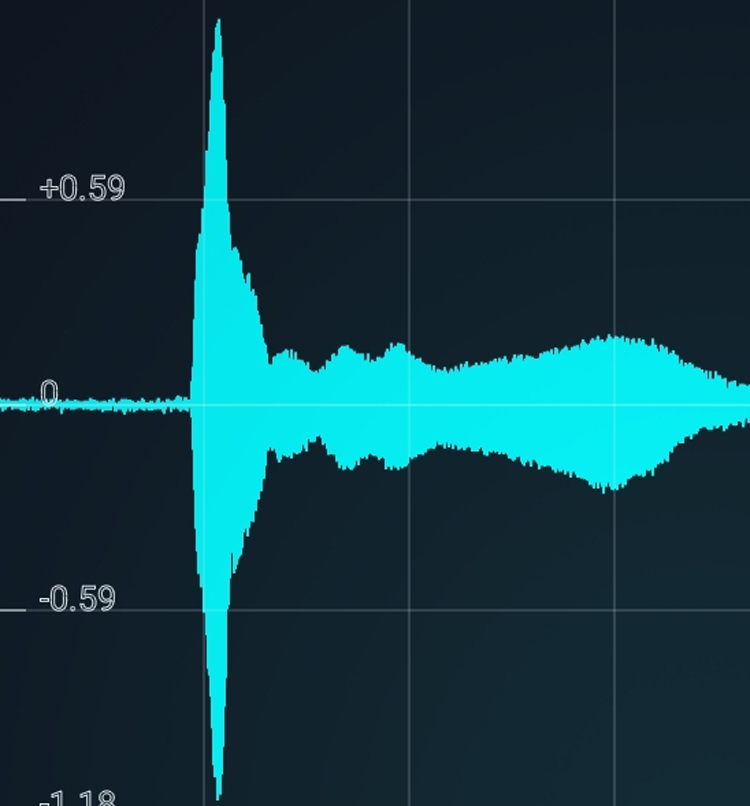 A piece of smoked glass comes with the subwoofer, and it covers the top panel when you are not accessing it.

A diagram of the rear panel is shown below.

You can see that this subwoofer has just about every type of input that one could possibly want, including RCA and XLR inputs for left and right channels, speaker level inputs, and USB/PBK (Perfect Bass Kit). The Perfect Bass Kit is an optional item that lets you perform room correction, and is compatible with ARC Genesis. The PBK input is used for this, and it is a mini-USB port that is connected to your computer on the other end. The “USB Input” on the panel is used for updating firmware and loading MartinLogan speaker-specific custom low pass filters that can be downloaded from the MartinLogan website.

The LFE input is connected to your surround sound processor, and the “Multi Out” jack is for daisy-chaining several subwoofers. 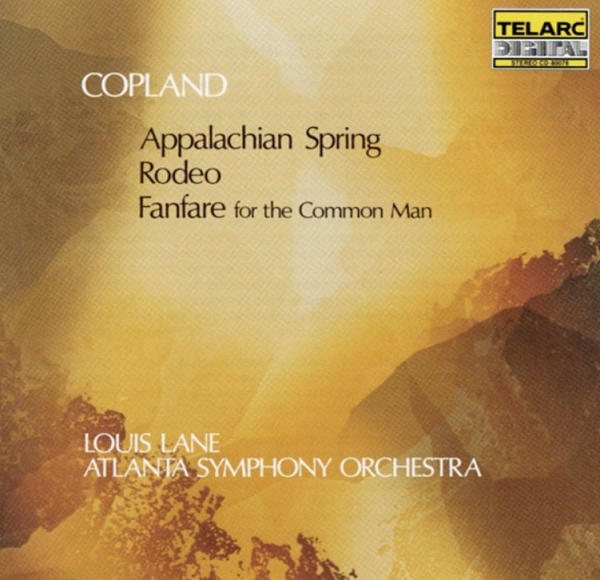 Music – Copland: Fanfare for the Common Man – Telarc, CD-80078 – Released 1982.
This disc is my go-to music album for testing subwoofers. The intro has bass drum thuds that are beyond description. I have listened to a number of other albums with this particular composition, and none of them have the intensity that this one does. It is available on Amazon for 10 bucks.

The Martin Logan Balanced Force 212 did the music justice, and I had to make sure the framed photos on my wall were securely fastened. The sound was deep and penetrating.

I also listened to this album with my larger floor-standing speakers, and the MartinLogan subwoofer helped. Floor-standers cannot really handle extremely deep bass regardless of the design. The 20 Hz – 30 Hz region requires a separate component.

Here is a spectrum of the first few seconds of the Fanfare. The red spectrum is from the segment played internally in the computer from out to in, no subwoofer, no microphone. The green spectrum is with the segment played through the Balanced Force 212 subwoofer with a microphone placed at head listening height (as if you were sitting in a chair), about 1 meter from the subwoofer. The dips such as at 17.5 Hz, 22.5 Hz, and 25.5 Hz are due to standing wave cancellations. These change depending on the microphone position. Note that the 212 reproduces the signal all the way down to 10 Hz (low pass crossover set at 40 Hz). Very, very nice result. This is not a test anyone has ever used before in a consumer audio magazine, at least, I cannot find any. Nonetheless, it is very demonstrative. 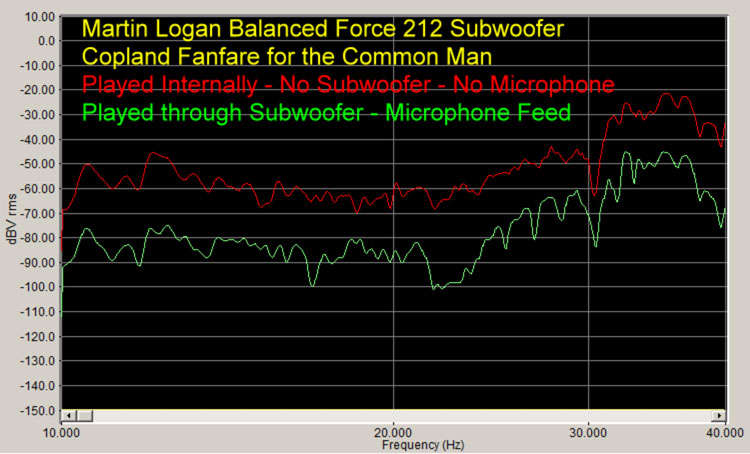 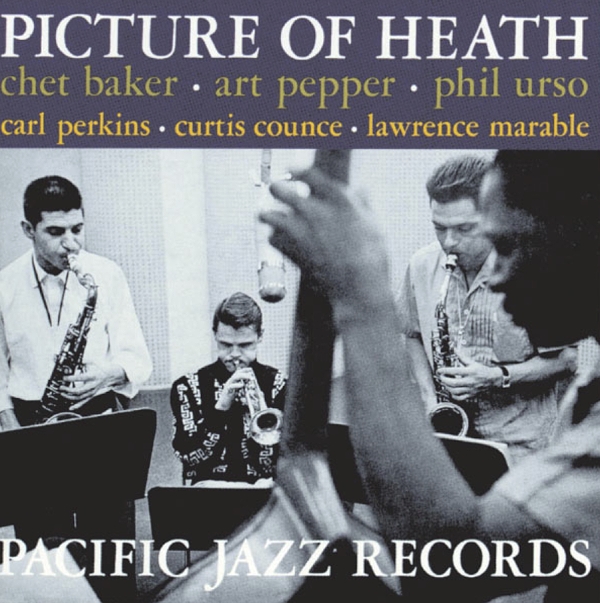 Music – Art Pepper: Picture of Heath – Pacific Jazz Records/Blue Note – Released December 31, 1997.
Jazz isn’t something where you would think you might need a subwoofer, but some of the string bass notes get down there, and a good sub helps. It certainly made a difference with this album, not only with the string bass but also with the drum solos.

And hey, Chet Baker joined Pepper here, so how can you lose? 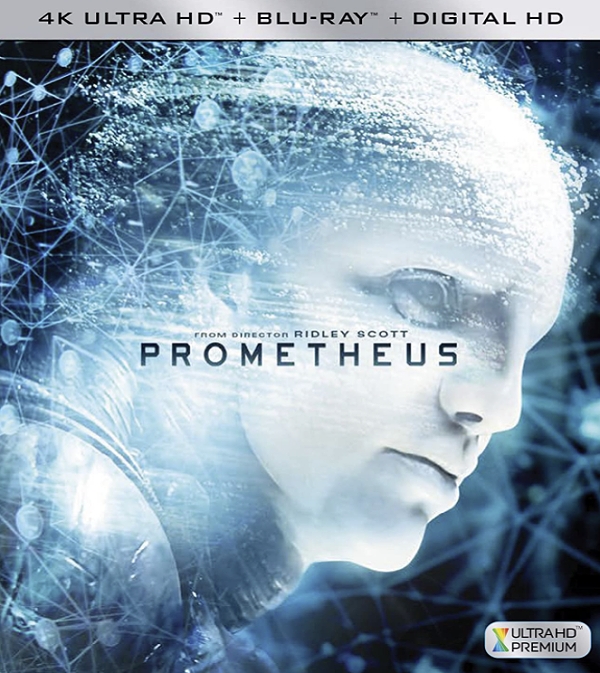 Movie (4K) – Prometheus – 20th Century Fox – 2012.
In this prequel to Ridley Scott’s 1979 masterpiece, Alien, a discovery of the possible origin of the human race leads astronauts on a dangerous journey to a distant moon, where they find some very nasty organisms.

The deep bass engine sounds are amazing, and the Balanced Force 212 did the job admirably. It really looks great in 4K too. If you want to impress your neighbors with your movie surround sound system, this movie is a must-have. 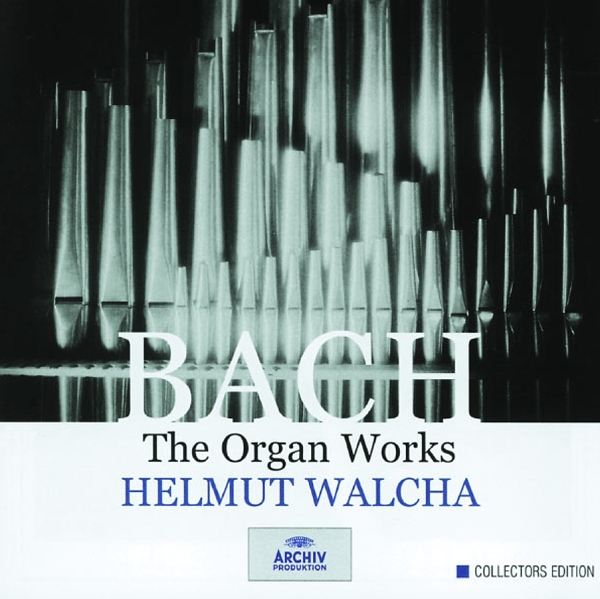 Music – Bach: The Organ Works – Helmut Walcha – Archiv Produktion – Released December 31, 1999.
How could one test a subwoofer without pipe organ music? And Bach would be a good choice. So here it is. The Toccata and Fugue in D Minor is perhaps his most famous composition. There are plenty of recordings out there, and this is a good one. The pedal notes were reproduced beautifully by the 212. Note that a good subwoofer has powerful amplifiers because it takes plenty of it to reproduce deep bass. The Balanced Force 212 has dual 850-watt amps, 3,400 watts total peak. Ten watt Class A tube amps won’t do it here guys. Massive raw power. Got to have it. If that causes your electric bill to increase, just suck it up. High-end audio is not a bargain hobby.

The Impulse Response (IR) is shown below. Bench test measurements were taken with the microphone 1 meter from one side of the subwoofer (facing one driver) at the driver center level, except where noted. 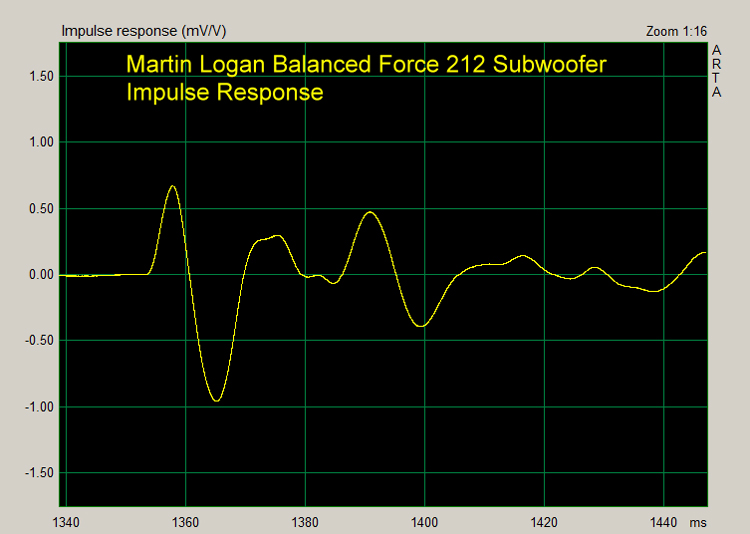 You can see that it is very complicated because there are two drivers on opposite sides of the subwoofer.

The frequency response is derived from the IR, shown below. 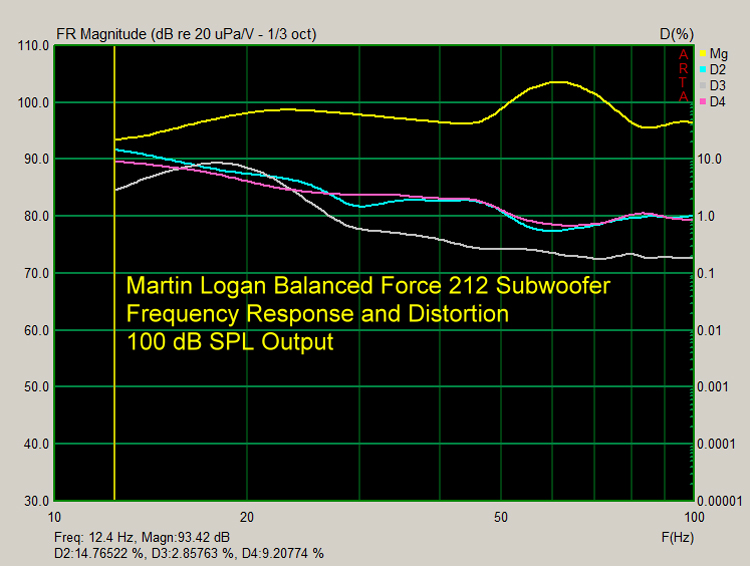 In general, it is a decreasing response from about 65 Hz to 12.5 Hz. Distortion is at a maximum at 12.5 Hz, which is expected, and a minimum at 70 Hz. This is with an output of 100 dB SPL. The second harmonic is the largest of the three harmonics illustrated. The dips and peaks are due to standing waves. Although some room effects can be removed by measuring the frequency response derived from the Impulse Response, the standing waves are not removed.

Raising the output to 110 dB SPL, shown below, gives the same response curve, but the 2nd harmonics (blue line) are decreased, while the 3rd harmonics (gray line) are increased. This suggests stress, and I am not surprised. 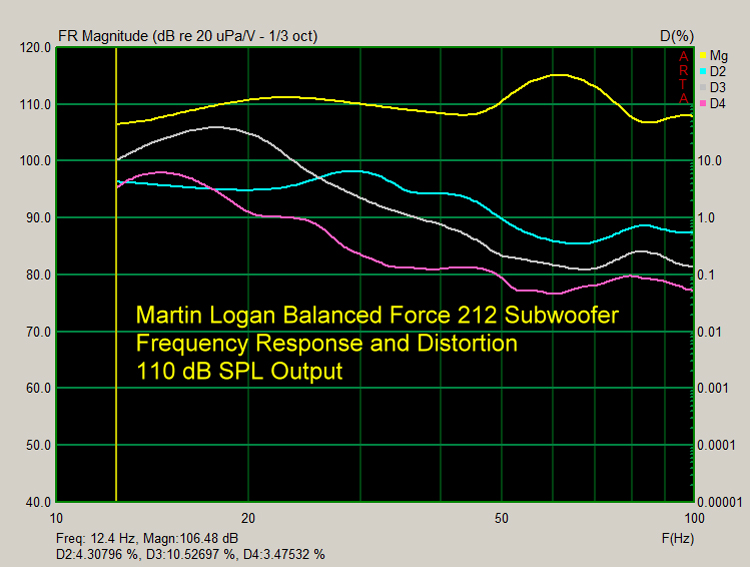 Here is a calculated frequency response with all room effects, including standing waves removed. It is the realistic response, but only theoretical because room effects and standing waves are part of what is considered when designing the subwoofer. The curves shown above are what you actually get. 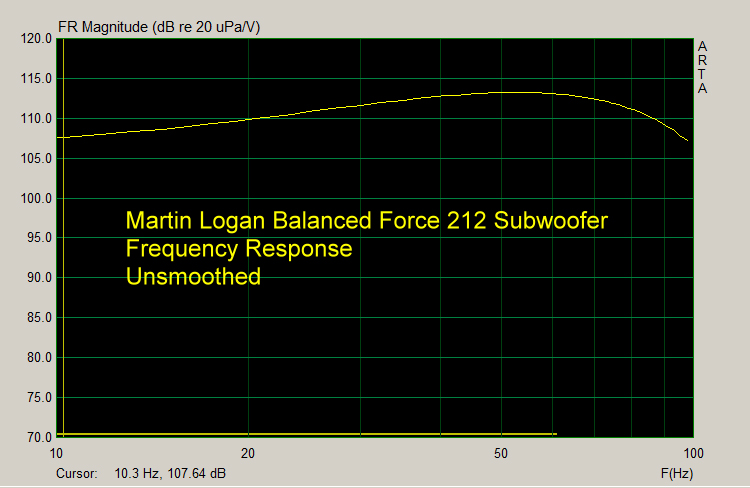 Measuring the room response from four different microphone locations, all about 1 meter from the subwoofer, and at different heights, the results are shown in the following graph. You can see that the most fluctuation (the result of standing waves) occurs between about 27 Hz and 60 Hz, compared to the region between 10 Hz and 27 Hz. 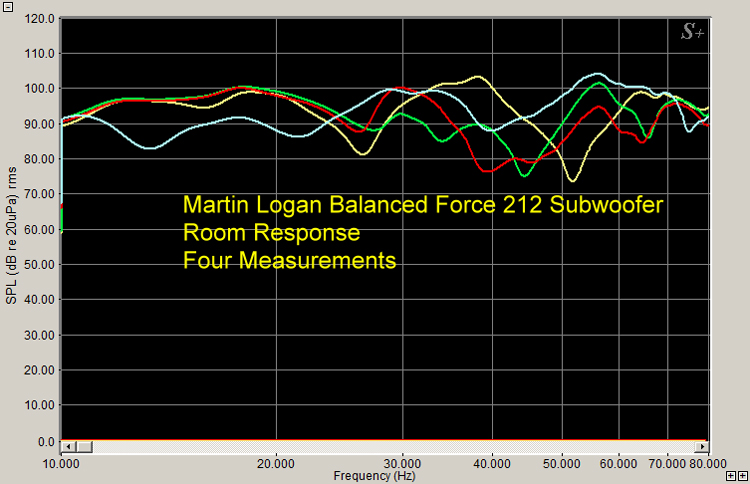 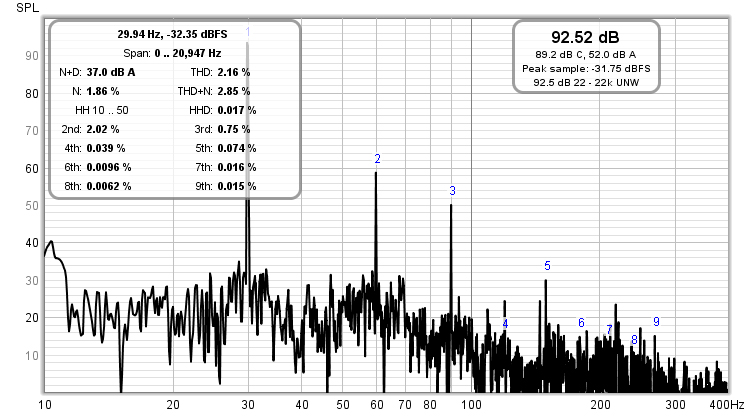 The oscilloscope trace for 30 Hz at 80 dB is shown below. It is clean. 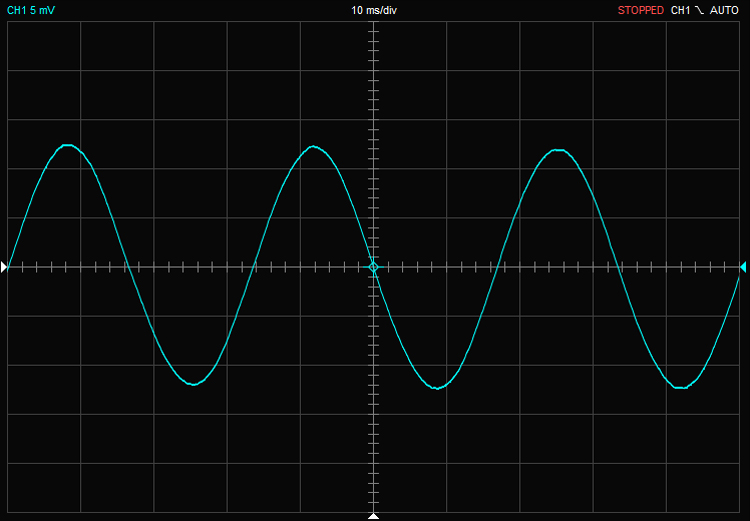 The first driver’s response is from 1,355 ms to 1,368 ms, and the second driver begins at 1,386 ms and ends at 1,405 ms. Both drivers are in phase with one another as shown by the positive wave being the first part of each driver’s response. 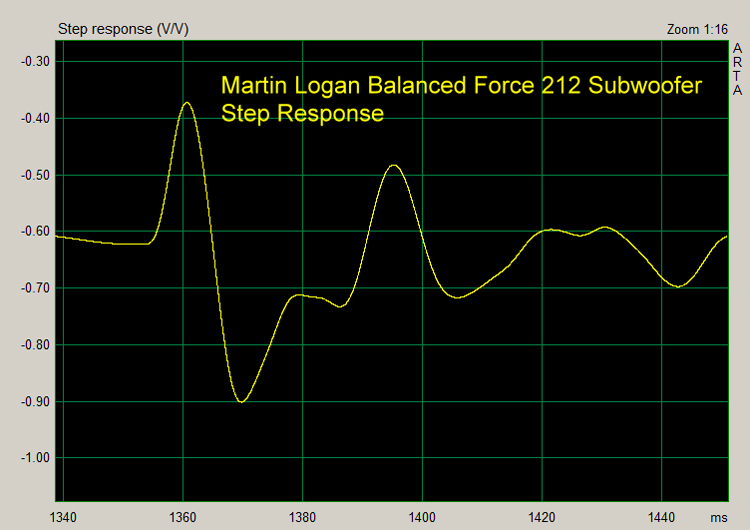 The Cumulative Spectral Decay (CSD), shown below, indicates cabinet resonances that are over by about 2.5 ms. 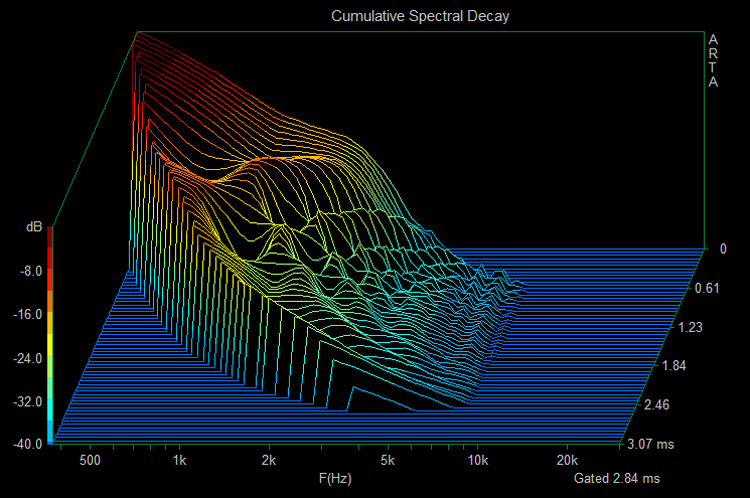 The MartinLogan Balanced Force 212 is one of the three best subwoofers I have ever tested.

The other two are much more expensive. It is powerful, plays deep, distortion controlled, and is very flexible in terms of how you can set it up