It has been almost 10 years since I last reviewed some B&W speakers.

I was very much impressed with the 600 Series back then, and I decided it was high time that I discovered what sonic nirvana might be available in other B&Ws.

So, I obtained a pair of 804S floor-standing speakers and an HTM3S center channel speaker.

The 600 series is still around, although they have somewhat different driver arrangements than when I first reviewed them. The 600 series are value priced.

The 800 series is two series up from the 600 line. They have tube-loaded tweeters and midrange drivers, each in their own enclosure. The woofers are therefore contained within a separate enclosure as well.

In the case of the 804S, the speaker is ported, while the HTM3S is sealed.

The "S" designation is for "Standard Version". There is also a "D" version in the 800 series, which means "Diamond Version". The D version has a tweeter with a diamond coated (vapor deposited) dome tweeter. We reviewed the S versions of the two speakers.

There is a lot of interesting technology associated with the 800 series, that is not something you would see when you look at the speaker.

For example, the magnet pole in the tweeter is coated with silver. This extends the response. Secondly, the midrange driver uses a neodymium-iron-boron magnet. This provides so much magnetic field strength, that the field remains constant over the entire movement of the voice coil. There is only one capacitor for the tweeter, and air core inductors are used for the midrange and woofers. All contacts are gold plated.

The real wood veneers are exquisite on these speakers. I suppose they have automated the construction process, but it is difficult to imagine how a veneer wrapping machine could get it so smooth around the curved sides.

One of the reasons I wanted to test the 804S with the HTM3S is that both of these speakers have the same driver configuration. The only differences are in the overall size, along with the 804S being ported, while the HTM3S is sealed. For many of us, the center channel speaker is much different than the front left/right, and this causes tonality changes as the sound pans across the front sound stage.

There are LCR speakers out there which have identical layouts of the drivers, and one is simply placed on its side for the center. However, LCR speakers are generally smaller, rather than being floor-standers. So, here, we have a large full-range speaker for the front left/right, and the center has the same drivers, but is configured differently (tweeter above the midrange, and woofers to the sides).

Not only does the tweeter have its own enclosure, but the midrange driver as well. This means that all three driver sets (tweeter, midrange, and woofers) are in their own box.

The speakers come with a set of bus wires for connecting the tweeter and midrange/woofers together, but they are not attached at the time of unpacking. Unless you are going to bi-wire or bi-amp the speakers, don't forget to attach the bus wires before you use them.

I utilized the two 804S as front left/right speakers in our home theater lab, with the HTM3S as the center channel speaker. I used various other speakers at the sides and rear, but also listened to the 804S as a stereo pair.

One of the big problems with using ribbon and electrostatic speakers, which are the speakers I listen to most often, is that they take a lot of power to drive them due to their low sensitivity. This is compounded by low impedance, so I need big amplifiers. That is why I use McIntosh and BAT for reference. The MC-1201s, for example, are 1,200 watts RMS monoblocks, each weighing about 150 pounds. 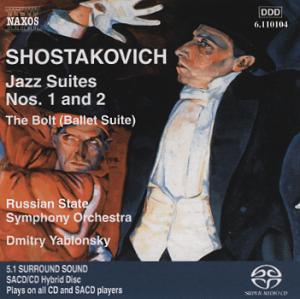 So, with the B&Ws, which have a sensitivity of 90 dB, it was very nice not to have to turn the volume control up so high in order to get room filling sound. And, I mean it was a huge difference. Instead of a volume control setting of 60, it was more like 28. The needles on the McIntosh power meters were bouncing up at about 1/3 scale instead of more than half way.

The power requirement differences did not surprise me. I expected that, knowing the sensitivity specs.

What did surprise me is how the B&W tweeters sounded very much like my beloved ribbons.

One of the things I like about ribbons is that they don't sound "tizzy" or metallic. Dome tweeters, especially metal ones, usually do sound that way to me. I was expecting that to happen with the B&Ws, but to my delight, no tizziness, even when putting my ears up close. This is not the D version of the tweeter, so it is not the diamond coating. It must be something to do with the rounded, tubular enclosure. Whatever. This is a great tweeter. One of the best I have ever heard. 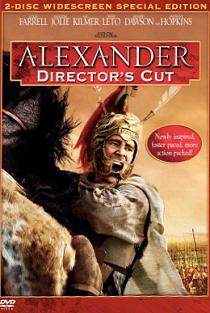 If your speakers are too far apart in relation to your sitting distance, you can get a hole in the middle effect. It is more of a problem with some speakers than others, partly due to the dispersion characteristics. I like to use a big projection screen, which means the front left/right speakers have to be set wide, and I get the hole in the middle when just playing two-channel stereo.

So, here was another surprise. The 804S speakers did not produce the hole in the middle with stereo CDs even when the speakers had wide spacing. Of course, one can always switch over to one of the three-speaker modes (left, center, right) that we get on typical receivers these days, but the point is, that it was not necessary here. Talk about good dispersion patterns!

The review models are rated at 200 - 250 watts of amplifier power, and with a sensitivity of 90 dB, that kind of power really did fill the room. I listen to orchestral music, and I like action movies. So, the B&Ws got a real workout.

Orchestral recordings were full bodied, always detailed, and never mushy or smeared. The latest movie I watched with the B&Ws was Alexander, which among other things, has plenty of gut wrenching sound. This all came through clearly. Voices, even during battle scenes, were intelligible, and it is this intelligibility during intense sound effects, that is one of the best tests for a center channel speaker.

There was plenty of bass with the two 804S, and certainly with the HTM3S added as a third speaker. Of course, a good subwoofer will always plumb the depths at 20 Hz, which floor-standers have a difficult time with. B&W has a number of fine subs that would mate with the 804S and HTM3S.