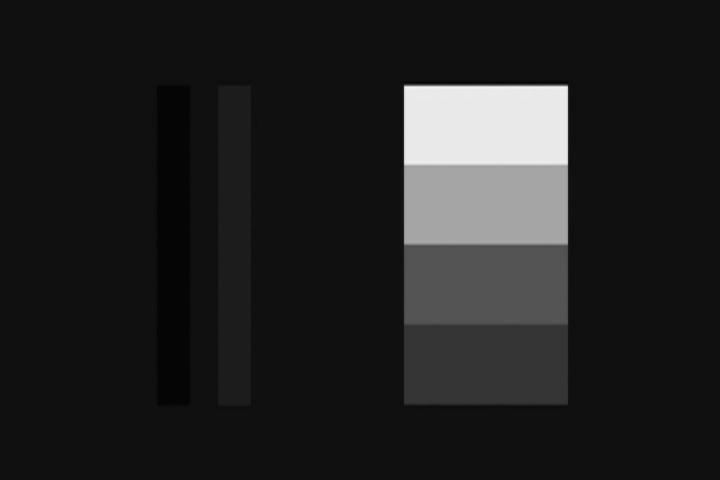 One of the areas that gets short shrift from many DVD player reviews is the actual usability of the players. Sure, some reviewers talk about the layout of the remote, but only indirectly communicate usability issues.  For the average consumer, video performance between DVD players is probably indistinguishable by untrained eyes.  Granted once you know what to look for, you can quickly see the differences between them.  The eye is amazingly forgiving of video differences.  We are not nearly as forgiving of the way the DVD players allow us to view that content.

Usability often plays a second fiddle to clever industrial design.  Manufacturers think it is more important to seduce you with many features because those help sell the product when it is sitting next to another comparable device that, for example, doesn’t have 5 reverse speeds.  Consumer electronic manufacturers each have to make their mark with their own unique industrial design, but they don’t always seem to have customer needs at heart.  All manufacturers are guilty of this to varying degrees.

Our task during the DVD benchmark was to evaluate the usability of the different players.  This review will comment primarily on the remotes and only partially on the DVD player software.  It’s amazing how much variation there can be within a relatively small set of required buttons.

Generally, usability is simply a statement of how easy it is to use a product.  There are many techniques to evaluate products’ usability, from visiting people in their homes to watch them use devices, to simply evaluating the remote layout using a set of guidelines.  Can you figure out the buttons without having to put the instruction manual in front of you many times?  Are basic features buried in hard-to-follow layers of menus?  Are menus easy to understand?  That’s usability.

There are general heuristics that designers can check to insure their products are usable.  One heuristic is “Make control of the product consistent and standard.”  This has made driving most automobiles easy when you are, for example, stealing cars to sell for A/V equipment.  Imagine for a moment that all Fords had the accelerator on the left of the brake, and all Mazda’s had a brake in the middle of the steering wheel.  This would result in some disastrous results on the roads during your grand larceny.

Similarly, most AV equipment has been laid out with little regard to consistency.  Take a look at most remotes, and you can find that most have transport controls (i.e., Play, Rewind, Fast forward, Stop etc.)  But, they aren’t always in the same location in relation to each other or on the remote itself.  Whenever you get a different brand of equipment, there is always the adjustment period where you have to get used to the new layout.  Many consumers elect to go with the same brand in order to avoid inconsistencies with their remotes.

A second heuristic, especially appropriate here, is “Provide flexibility and efficiency of use.” That is, equipment designers should allow users to easily access the most frequently used features and, if possible, allow the user to customize the remote for their own preferences.  Many remotes provide far more buttons than most users will ever touch.

There have been two strategies to provide functionality without sacrificing ease of use.  In the first, less frequently used features are hidden underneath a slide away panel.  We’ll look at some of these in the player reviews. In the second, users are allowed to customize a general purpose LCD panel with the features they use.  Microsoft (with Harman Kardon) and Philips have produced excellent multi-purpose remotes using this technology.  While this provides an amazingly flexible remote, it prevents users from developing a “feel” for the remote.  There is no tactile feedback that allows you to use the remote without looking at it.

If you are interested in more design and usability heuristics, check out Jakob Nielsen’s book “Usability Engineering.” This book is a good introduction to the field of usability evaluation.

What is a “usable” remote?

Based on our interaction with a wide assortment of remotes, and the goals users have when using consumer electronics, here is a list of features that define a usable remote:

1.  Most frequently used buttons are easily accessible without moving the hand from the natural grasping position
2.  Minimal number of buttons with a method to conceal less frequently used features
3.  Distinctive buttons that can be differentiated by feel
4.  Buttons that are large enough to be individually pressed without inadvertently hitting other buttons
5.  Tactile feedback that indicates that a button has been pressed
6.  Fits well in a single hand and does not require two hands to use
7.  Can be used by right and left-handed persons
8.  Provides optional backlighting so the remote can be used in the dark
9.  Clear indication of control mode (for example TV, VCR or DVD mode)
10.  Uses standard names for features (for example, DVD Menu as opposed to the Apex player’s DVD Digest)
11.  The player provides clear indication that buttons have been pressed (for example, a “reception” icon appears on the player and/or on-screen).

We created a list of standard tasks for participants to perform.  We wanted to get a good feel for performance across each of the players.  Here is a list of the tasks we produced, based on a survey we conducted on the Secrets site.  We had 231 responses to the survey telling us what the most important DVD player features are among other things.  Since we had around 15 players, we needed to minimize the number of tasks in order to fit the evaluation into a single weekend.

We identified the target population for these reviews based on the types of readers who come to Secrets (this is the reason for our registration page).  Secrets readers are more technically savvy than the average consumer and have a wide assortment of electronic gear in their homes.  We could have run consumer electronic neophytes through this evaluation, but that wouldn’t be as interesting for you.

Two evaluators ran through each player, and each evaluator was only allowed to perform the tasks on players other than one he owns.  I also limited each evaluator to two player evaluations to prevent any practice effects from tainting their observations.

Task List (evaluator was asked to do the following):

1. Insert “Apollo 13” and play it.
2. Go to the interview with Jim Lovell in the special features section.
3. Return to the film.  You miss some dialog and need to go back a few seconds.
4. Go look at the menu to see if there is a director’s commentary with this film.
5. Pause the film, put the remote down, pick it up, and resume the film.
6. Change the player’s configuration to connect to a 16:9 aspect ration screen.

The evaluator was asked to rate the following on a 1-10 scale.  1=complete disagreement, 10=complete agreement.
Question     Rating
It was easy to move between the menu/arrow buttons and the transport controls.
This DVD player was easy to configure for my personal preferences.
I could easily use this remote in the dark.

Further Questions asked of the evaluator:

These are the buttons our readers listed as being the least useful to their DVD enjoyment.  It is obvious why Angle came up as a frequently unused button.  Unless you watch adult programming, this feature is rarely used on DVDs.  You can use it to look behind Beethoven’s head during the opening of Video Essentials (Big whoop!).  Below are the bottom 10.

Here are the methods people are using to connect to their displays.  It’s good that most people are realizing the benefits of the quality improvements afforded by S-video or Component connections over composite signals.

We were interested in some general issues with DVD player remotes.  It is especially interesting to note the priority that the transport controls have over the arrow keys.  This is another useful piece of information for remote designers when they are prioritizing buttons on their remotes.

We asked how important it is to have dedicated buttons to change the audio and toggle subtitles on the remote.  This led to an interesting set of responses where there was almost no agreement.  A slight majority felt these buttons were not important enough to warrant dedicated buttons on the remote.  However, there were still quite a few who thought it was important to have direct access to these features.