It shows both nuance and scale with all types of music. 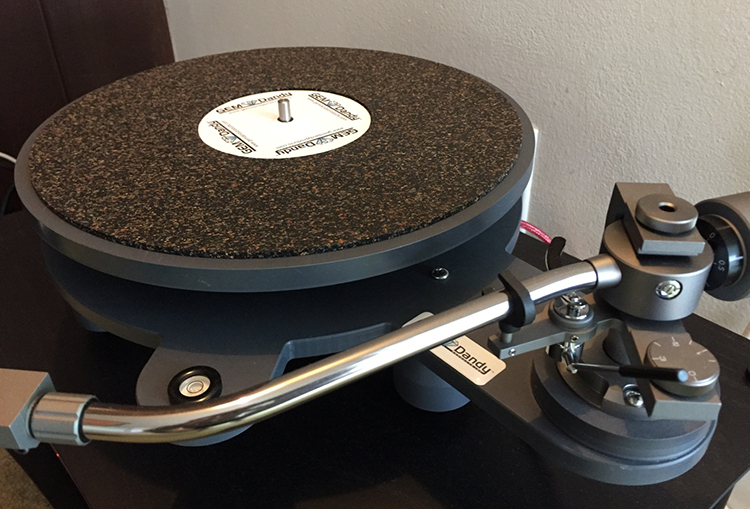 George E. Merrill, the “GEM” in GEM Dandy, has been designing, modifying, and repairing turntables since the early 1970s. His stated mission behind the creation of the PolyTable was to achieve a true high performance turntable at an affordable price. In the basic $1595 configuration, the PolyTable comes with the Jelco SA-250 fully adjustable, nine-inch tonearm, which should accommodate any cartridge of your choosing. It also includes an Audioquest Wildcat tonearm cable. There are two tonearm upgrade options available, the nine-inch Jelco SA-750D for $1795 and the 10-inch Jelco SA-750E for $1995.

Merrill believes form should follow function and the PolyTable’s design reflects an emphasis on performance, not aesthetics. The engineering goal was a chassis resonance frequency below that of recorded sound. To achieve that, the PolyTable is constructed primarily of a matte gray, plastic-like material which is both solid-feeling yet lightweight. It reminds me of plastic pipe. The non-suspended design features three adjustable legs, which themselves sit on energy-absorbing, sorbothane dampers. The PolyTable does not resemble other turntables, instead channeling works of architecture such as the space-age Theme Building at Los Angeles International Airport. The PolyTable also features an integrated bubble level on the plinth to aid in necessary adjustments. The platter is a two-piece affair. The spindle is attached to the smaller, lower platter which rides on top of a small thrust bearing in an oil-filled well. A second platter, on top of which the record sits, rides atop the smaller platter. In order to achieve the desired energy absorption and damping, both platters feature Merrill’s Rubber Cork Compound (“RCC”) mats bonded to the top surfaces. I for one will take cork over felt any day. 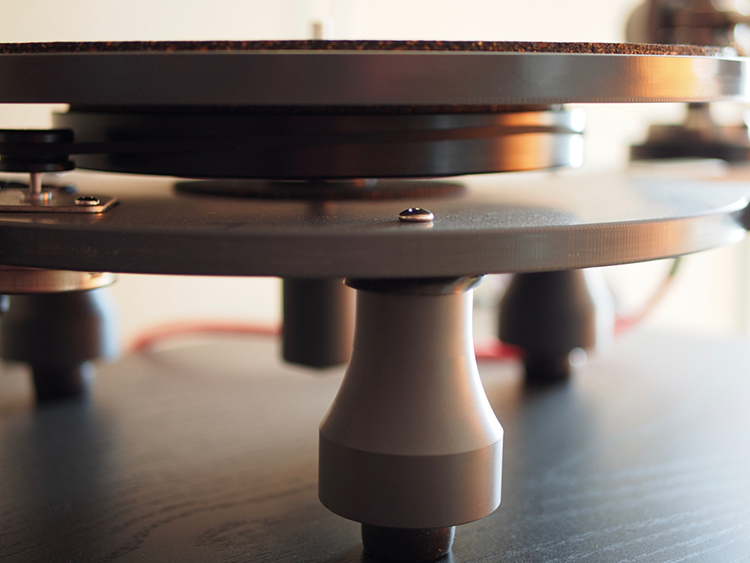 Despite my best efforts not to bore you to death, being a turntable review, this section will be longer than usual. Let me first try to encourage you. If you’ve never put a turntable together, you really should try it. The experience connects you to the hardware in a way that’s fundamentally different from popping a ready-made out of its box. I’ve done both, so I can tell you that what the actual assembly does for you is make the turntable feel more like a creation than a product. I had only put together one turntable previously, a Well Tempered Labs Simplex, so I am far from an expert, but getting the Simplex up and running was an immensely rewarding experience. In fact, once I finally heard music, I channeled Patrick Bateman from American Psycho: “I’m on the verge of tears by the time we arrive at Espace, since I’m positive we won’t have a decent table. But we do, and relief washes over me in an awesome wave.” Enough said about that experience.

The PolyTable itself is simple to assemble and the thorough instructions make quick work of that task. It goes basically like this: get it level, drop in the bearing, add some oil, pop on the lower platter, fit the belt, and top it off with the upper platter. You’ll still have to assemble the Jelco tonearm, which isn’t horrible, but the ability to infinitely adjustable tonearm height is as much a blessing as a curse. In the end, the stylus tip barely hovers over the record surface when the tonearm is lifted. This allows the cartridge to track amazingly well and the sound strikes a good balance between detail and body, so I’m leaving it alone for the time being. Okay, okay, okay. There’s a small part of me that wants to raise the tonearm . . . ever so slightly. 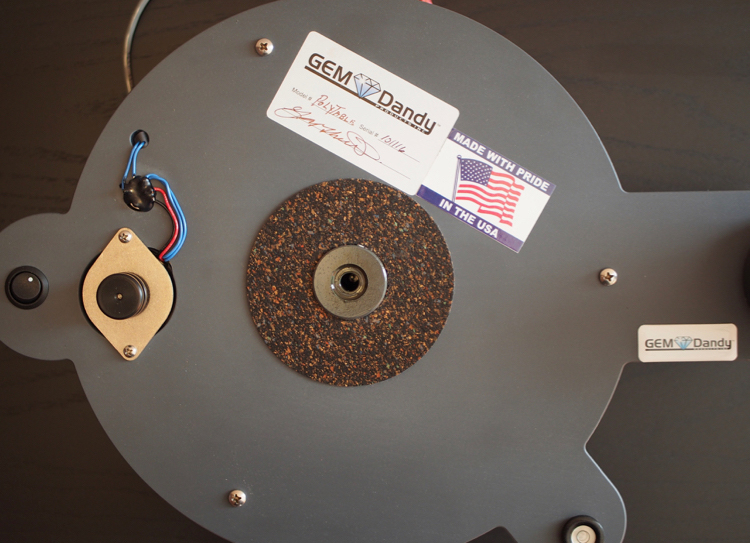 If you’ve never aligned a cartridge, prepare to get intimately in touch with your obsessive-compulsive side before you even attempt it. That might sound ominous, but if you live to bathe yourself in the most minute of details, you have found your sandbox. 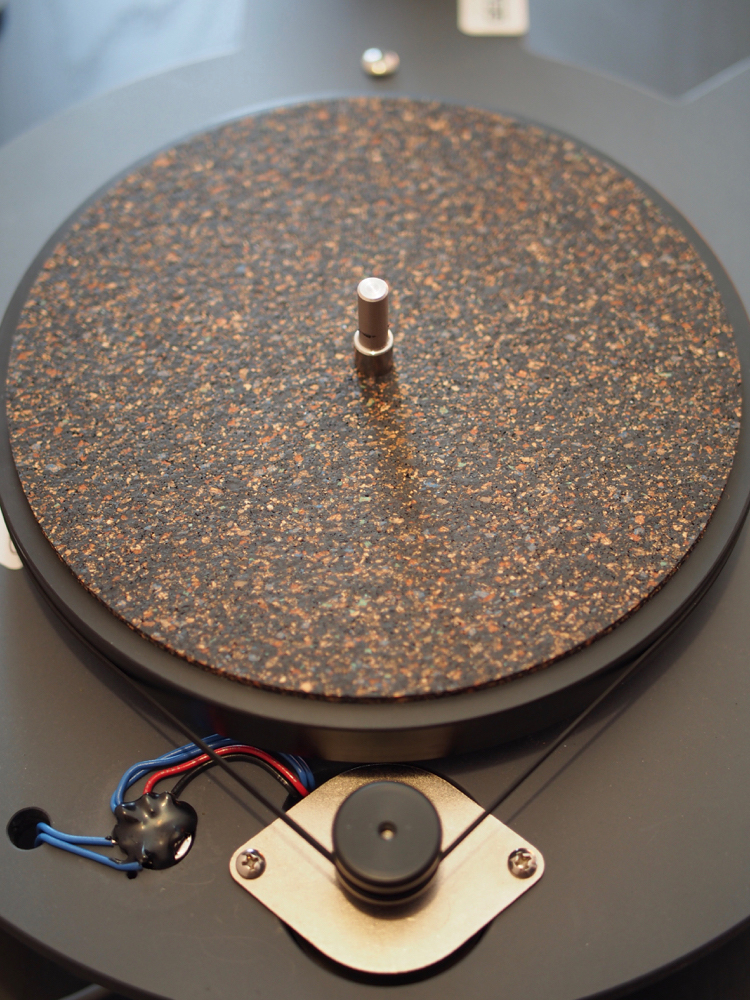 Alignment protractors were new to me and this was truly a case in which I vastly, and I mean vastly, overestimated my skill, intelligence, and/or patience. I could be wrong, and so often am, but I think it would be unfair to call me stupid. The thing is, I take to detail- obsession quite easily-if something can be done correctly, I’m happy to hunt for the rest of my life for it. Before I go too far with this, it must be noted that the difficulty with alignment really depends on the shape of the cartridge.

For example, if you get one that has parallel sides, your degree of difficulty will be infinitely lower. In case I have not intimated it clearly enough, I highly recommend going that route. Get something that looks like a rectangle. Genius that I am, however, I selected what is widely considered the highest-performing cartridge in its price range, the Charisma MC-1 Moving Coil (MSRP $1095), without regard to logical considerations such as alignment.

I’m not going to spend a ton of time talking about the Charisma MC-1, but it’s worth noting here that the observations and impressions that follow are the result of the cartridge as much as the PolyTable itself. The Charisma is a great tracker and has a punchy, fluid presentation which reminded me quite a lot of my Dynavector DV-20X2L, but as well as the Dynavector tracks, the Charisma seemed to track even better, with less surface noise. Many thanks to Bernard Li at Charisma Audio for supplying the very special MC-1, which I also regard as a terrific bargain and a great match with the PolyTable. George Merrill spoke highly of the Hana line of cartridges and one of those would have been my choice had I not received the Charisma. George will even align the Hana for you if you buy it (or any other cartridge) from him! 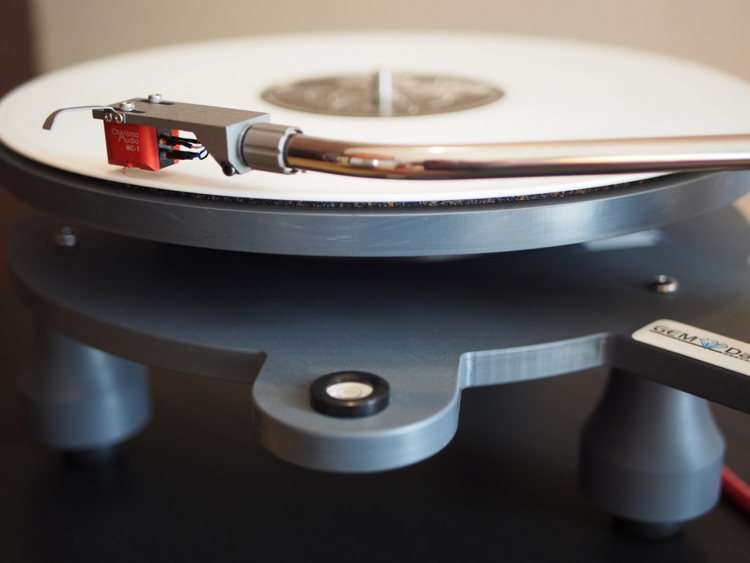 The PolyTable is supplied with an Audioquest Wildcat tonearm cable. At less than $100, it’s probably not reference quality, but it’s nice that it’s included for free. Unfortunately, I could not use it because it’s designed as a single-strand that only terminates into a left and right channel in the last three inches. The problem using a cable like that in my system is that my Sutherland 20/20 phono pre-amp has the left and right inputs at opposite ends of the chassis, so the Wildcat leads don’t come close to reaching their intended targets. That was annoying. Luckily, I called Nordost and they were happy to supply a Heimdall 2 tonearm cable (MSRP $659), which is what I used throughout the review. It’s a worthy feature of the PolyTable that you can upgrade the tonearm cable should you so desire.

I had become used to having push-button control over 33 and 45 RPM with Rega RP6, so the idea of moving a belt to do so was a non-starter for me. Sure, $690 for the PolyTable’s Digital Motor Drive is a lot relative to the base cost of the table, but convenience, performance gains, and peace of mind never come cheap in audio. Unlike most speed control boxes, the PolyTable’s allows minute trim adjustments to get the speed exactly right. It also comes with its own strobe light and mini strobe disc, yet another area to indulge your detail obsession.

To orient you to my prism of reference, I have owned the Clearaudio Concept, the Well Tempered Labs Simplex, and the Rega RP6. The Clearaudio and Rega were clearly held back by their MM cartridges because once I heard the Simplex with the Dynavector MC; I stopped thinking of analog as a fad. And I can tell you now, as I listen to an ancient copy of Sketches of Spain by Miles Davis (Columbia CL 1480); you absolutely need to invest in a good cartridge and a high-quality phono pre-amp. You will reap great rewards. Before I did that, vinyl seemed merely cute and sometimes interesting. Now it seems definitive. 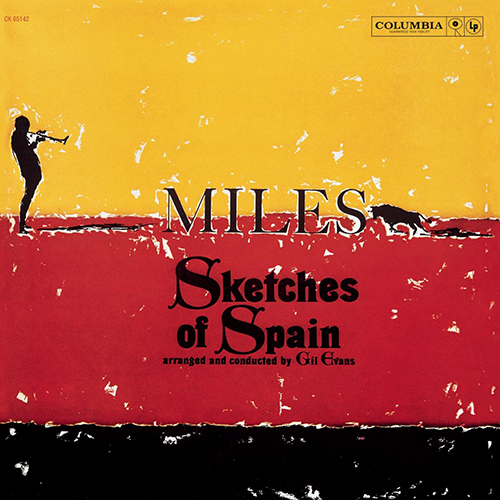 Sketches of Spain is as explosive and fresh as anything you will ever hear and I can’t remember it so flush with detail and weight. It’s quiet, quiet, quiet, then bang! It jumps all over you. One track in, the sound from Miles’ trumpet slithers like a snake, undulating back and forth on “Will O’ The Wisp.” Breathtaking stuff. 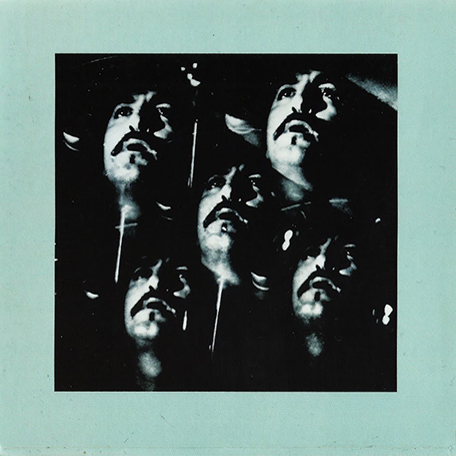 Switching over to some vocals, I put on Jim Sullivan’s U.F.O. (Light in the Attic 054). This is like a happier, more upbeat Nick Drake with a dash of psychedelia. Vocals are admirably clear and center-focused with a lot of confidence and weight to them. 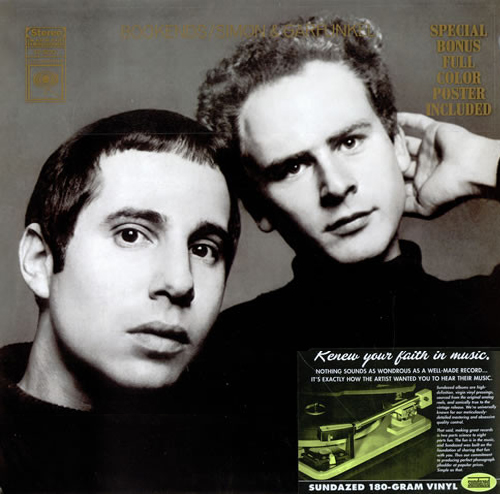 I somehow transition to wondering what Simon and Garfunkel sounds like, so I put on Bookends. More goodness! Tons of guitar detail, deep, deep soundstage (“At the Zoo”), and a surprising amount of lower midrange energy. This is a record seemingly without surface noise. Nice pressing, Sundazed (5233)!

On and on it went, many great records and many great sounds. I wonder to myself what more I could want or why I’d ever pay more for a turntable. I think it’s also worth mentioning I recently cleaned a ton of records with Audio Intelligent’s One-Step Formula #6, and I think this miracle fluid has exponentially reduced surface noise on all my records. Or maybe the PolyTable is just that good.

While there are several fine turntables around the $1595 price point, THE GEM DANDY POLYTABLE TURNTABLE meets or beats all of them for overall performance

As you can imagine, it’s very difficult to parse the respective contributions of the turntable, the cartridge, the phono pre-amp and the recording, but having owned turntables and cartridge combinations around this price point, and having revisited many records I know well, I can say with confidence that the GEM Dandy PolyTable Turntable has seemingly outdone all its competitors. It’s all-around, consistently great performance places it firmly in rarefied air.