If you talk to the analog community, vinyl never went away. Yet it’s hard to ignore that new music was almost exclusively put out by the record companies on compact disc, not LP, over the last 20 years. Further, record stores were closing left and right and the CD pushed used vinyl into obscure little shops that could only be found via word of mouth. They were around, but we needed to search for them.

Not many did search, however, for the CD promised convenience, portability, indestructibility, and lack of pops and skips. It seduced us with the promise of higher fidelity and razor sharp detail in the digital domain. The CD player market boomed with Philips’ and Sony’s new music format, and Japan, by the early 1990’s, sold millions of players world-wide with hundreds of million CDs to go with them.

The early CD releases were almost exclusively classical music – typically the very group of music lovers who clung to vinyl and yet were being lured to the new format. And the length of recording capable on the CD was arrived at by the length of Beethoven’s 9th Symphony. A 120 mm diameter, 16 bit audio, 44.1 kHz sampling rate, 74 minute “Red Book” CD was invented. (Redbook refers to the bound manual specification.)

Now it is 25 or so years later, and music sharing and downloads have severely hurt CD sales. The disc format still flourishes with computer CD-ROM and the huge DVD market, and now the next generation Blu-ray and HD-DVD. Yet music has lagged, severely. Why?

This brings me to a discussion about vinyl, or the recent interest in the “classic” format: why has vinyl popularity resurged such that new music is once again released on LP? In fact, I’m told there are many artists who now have written into their record contracts that their music must be released on LP as well as CD. If you search the big box store Circuit City website, you’ll discover a huge LP selection.

It is not my intention to discuss the sound quality of CDs vs. LPs – we all know the issue of compression and loudness – some studio engineering that leaves most of the dynamics from the original recordings off the commercial versions. Or how the newer high resolution audio formats, SACD and DVD-Audio never took hold in the typical consumer market. But, as the resurgence of the vinyl LP is a big thing now, Secrets has prepared a recent discourse on the subject (Vinyl vs. CD), and today, we begin reviewing turntables.

To be fair, vinyl can sound dull and flat if played on a poor quality turntable or if it’s improperly set up.

Draw your own conclusions, but for me, it’s the tactile and emotional attachment we’ve lacked in the cold CD. That the world slows down just a bit when we spin an LP album and we sit back and listen while we admire the LP cover art. There is nothing more “manual” than setting up a turntable, or removing an LP from its sleeve, dusting it off and clamping it down to lift the tonearm and set the needle into the first groove – the perceived warmth and character vinyl is known for, while we consider minor noise and pop acceptable byproducts.

Historically, Marantz is a company that has never compromised on its belief that sound quality is placed first and foremost. If you look at their current reference line of two-channel equipment, you’ll appreciate the effort made to not only preserve the legacy but to promote that belief. The Marantz TT-15S1 turntable is such a piece.

The first impression looking at this turntable is how simple it appears. Marantz collaborated with the German based Clearaudio not only on the design, but the 15S1 comes installed with a Clearaudio Virtuoso Wood Ebony moving-magnet (MM) cartridge.

It came disassembled in this packing layout. 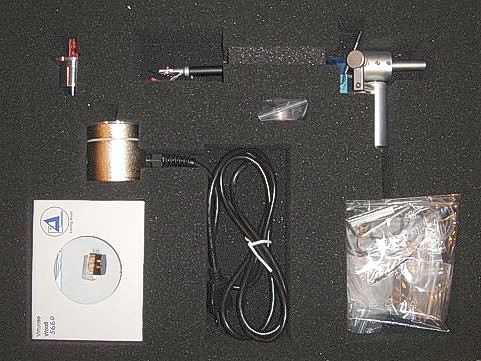 Here is a photo of the tonearm gimbal in the rear. 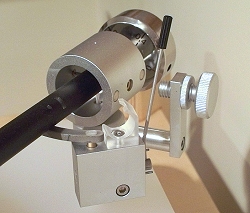 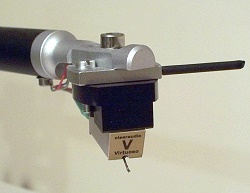 The motor with power switch, and the pulley. 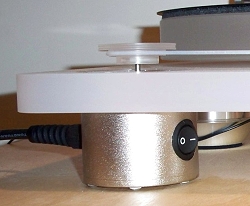 Here is the metal bearing on which the platter sits. 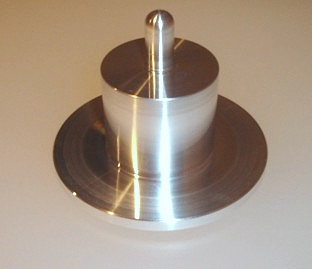 The clear chassis platter is almost a dead giveaway to many Clearaudio turntables. But this is Marantz, and it represents their original commitment to audio.

The Marantz TT-15S1 is a silicon-belt drive design, and the motor is isolated from the chassis resting on the rack shelf surface and poking through the chassis cut about 1/8″ larger all the way around the round motor drive. The one issue with this design is the motor is manually turned on and off, and requires you to reach somewhat below the body to the switch on the motor. So you must be careful not to move the motor or it will rest up against the chassis and transmit vibrations. I found placing my finger on the motor with one hand and reaching below with the other did the trick. Having fun so far?

The low-resonance turntable chassis sits solidly on three padded hefty legs of solid aluminum with felt bottoms. Two of the three legs are adjustable to level the surface.

Marantz provides a clamp to secure and flatten the record to the turntable.

No cover is provided, but after a bit of research, I found after-market companies that make one specifically for the Marantz.

The 15S1 operates at both 33 1/3 and 45 rpm and is switched by adjusting the belt to different slots of the motor pulley.

The setup also helps describe some of the features of the Marantz TT-15S1 turntable – and although there is some assembly required the manual is straightforward.

Although you begin by leveling the chassis, I did find I needed to pick up the body frequently, so a final level should be checked at the end.

The solid high density acrylic turntable platter is quite thick at 25 mm (1″) and is supported on a floating bearing center shaft which is grounded.

The two-point radial tone arm (also grounded) comes pre-assembled with cartridge. It’s designed with a 17 mm overhang and stylus pressure weight adjustments in 0.1g increments. Setting for height (based on whether you use the felt turntable sheet) and direction is by looking to see that it is parallel using the edge of the platter to set the cantilever (which is designed simply and straight). Once the height and direction are set, an allen wrench is used to fix the assembly into position.

Although the cartridge came installed, I loosened it to set it again for proper alignment – a protractor gauge comes in handy. If you don’t have one, there are many free downloadable ones that work fine.

An anti-skating screw and counter-weight give the tonearm the right amount of stylus pressure for the cartridge used. There is no adjustment for azimuth on this setup. (Again, check out our Vinyl vs. CD article for a description of these settings.)

One of the impressive feats achieved in the Marantz turntable is the cartridge from Clearaudio, and because this cartridge has an $800 MSRP alone, the overall price of the TT becomes really quite reasonable.

The 6 gm wood MM Virtuoso specs out with a 20 Hz-20 kHz frequency response and has an approximate voltage output of 3.6 mV. The stylus pressure is specified at 2.2 gm.

I put a solid amount of break-in time for the Virtuoso – as much as 100 hours is reasonable.

Most of my time with the Marantz TT-15S1 turntable was in conjunction with a McIntosh MA6300 integrated amplifier at the helm. KEF Reference 205/2 speakers worked nicely with the combination. I also used my Onix SP3 tube-amp with a Music Fidelity XLPSv8 phono preamp. Cables (except those attached to the tonearm) were either Wireworld or Goertz and all plugged into a Torus Power conditioner.

As part of the break-in and to loosely measure the output, I ran the Ultimate Analogue Test LP and was satisfied with the setup.

Immediately what strikes me is how quiet the turntable is with the combined combination of the Virtuoso cartridge. Hardly at the sacrifice of detail I might add. Bass was ample and naturally full, while midrange clear and articulate. Treble was on the slight side of warm which would be my personal preference anyway.

I’m a big Pink Floyd fan and an excuse to buy a new LP brought me to David Gilmour’s new On an Island. Although I was disappointed overall with the music (a bit too mellow), I nonetheless enjoyed the typically Gilmour distant long guitar rifts. David’s electric guitar was surprisingly warm to the accompanying acoustic guitar. The TT-15S1 rendered an edge to both, while amply filling in the bass guitar. Vocals a bit back but nicely placed, floating and dreamy. Background vocals actually improved the dynamic and dimension.

Joe Jackson’s 1982 Night and Day LP convinced me how the Marantz shines. The orchestra bells simply rang with sweet timbre while the bongo’s had snap and depth, most obvious in “Breaking Us in Two”. Instruments were so nicely placed across the soundstage it hardly felt studio-like.

Although I enjoyed the entire album, the lead track coming off the record was “Steppin’ Out”. The pace and timing from the album was rich and detailed, and the highs truly aggressive. The TT delivered so much sparkle from this track it became the most demoed when someone came over to hear the Marantz for the first time. The bouncy “Cancer” is full of Joe Jackson’s wonderful piano playing and it sounds natural and rangy.

Finding a copy of AC/DC’s Back in Black brought my 17 year old son down for a listen. His CD version never sounded like this! Rock at its most basic – thumping drums, simple guitar licks, and that unmistakable voice. For us music lovers, this was fun. The TT-15S1 didn’t complain once, but rather reproduced the full effect.

Changing the pace a bit (rather a lot), I pulled out a copy of some wonderful Renaissance vocals from the Parisian based Ensemble Clement Janequin, with the Fricassée Parisienne LP. Although I’ve never heard them live, this record exemplifies the group’s devotion to secular music. The Marantz turntable and Virtuoso cartridge managed to space the voices from side to side, up and down, and from front to back in an eerily lifelike way. Voices were soft and strong, deep and sweet but always magically cohesive.

The Marantz TT-15S1 has me so excited about vinyl again that it has me scrambling to find old LPs. A friend recommended that I check out a used CD store, and, “Oh yeah,” he says, “they sell vinyl too!” Tunes in Hoboken, New Jersey has become a favorite destination when I can find parking and have a bit of time to kill searching through their ever growing collection. I never stop to look at the CDs by the way, but go straight to the 12″ x 12″ disc-size.

At around $1,600, the Marantz TT-15S1 is modestly priced these days for turntables of this quality. The Clearaudio influence on the turntable design, as well as their Virtuoso cartridge make this unit a strong winner to me, so much I bought it well before I finished this review.

Am I ready to dump my CD player? Hardly, in fact I can’t wait for Blu-Ray to provide the next generation of high-res audio. But when I want to just enjoy an hour of music, I put down the remote, get my butt out of the chair and partake in the ritual I’ve missed since about 1985. The Marantz TT-15S1 will never be retired.