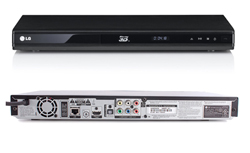 I am starting to feel very comfortable with LG products of late, having recently reviewed a couple home theater Blu-ray systems, and their 3D LED LCD TV. The BD670 is the first stand alone Blu-ray player from LG that I have tested. In this review I take a look at its DVD and Blu-ray performance, the HDMI output, and overall usability. Read on to see how it compares to other players on the market.

Design and Setup of the LG BD670 3D Blu-ray Player

The BD670 is very slim and light. So light in fact, that I think you could attach it to a wall behind a flat screen with some sturdy 3M sticky tape (not a recommendation, do not try this at home!). There is very little to the face of the unit and the front display is small, taking a minimalistic approach. The BD670 has one HDMI output, optical audio, component video, composite and Ethernet input. Even though it has component video output, it doesn’t have much value as the resolution is limited to 480p on it. This player also has integrated WiFi, which makes getting the network features going a piece of cake.

Setting up the BD670 was pretty straightforward and all I really had to do was connect the HDMI cable to the TV and plug in an Ethernet cable. What I was really interesting in seeing were the player’s various picture settings. The player has the option of selecting either YCbCr or RGB colorspace, but no way to specify 4:4:4 or 4:2:2. Through our testing we did prove that the player outputs 4:4:4 when selecting YCbCr and always outputs deep color.

The standard list of LG apps are available here including, Netflix, YouTube, Pandora and a bunch more. The LG uses an updated interface for Netflix which allows you to search for titles that aren’t currently in your queue. This is very handy and is something that should have always been available with Netflix devices. It’s the same interface LG has used for its home theater systems like the LHB 336 and its HDTV’s and I can’t really complain with that. It is nice looking and fairly snappy and smooth, especially on the BD670. 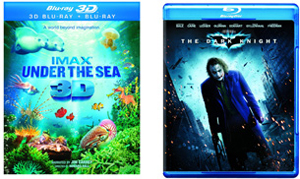 During my review period with the BD670, the player was relatively quick and responsive. Power on to tray opening didn’t have me waiting impatiently, nor did the disc load times. Anxious to check out the 3D features, I first tossed in the IMAX Under the Sea disc. Now one thing I found a bit perplexing with the LG combo was that I was still required to hit the OK button on the TV remote a couple times to engage 3D mode and close the warning message (generic warning to stop watching if dizzy or headache, yea like a little dizziness is going to keep me from watching 3D). It seems to me that an LG branded Blu-ray player and 3D TV should auto enable 3D when available. I’d rather have the option to later disable if I so choose, thus saving the time 99% of the time when you put in a 3D disc and intend to watch 3D material. After engaging 3D mode, the picture quality was excellent. The BD670 was more than capable of outputting a beautiful 1080p 3D image. I checked out The Dark Knight on Blu-ray in order to test 2D image quality. The opening bank robbery scene that was filmed in 70mm looked absolutely breathtaking on the calibrated LG PZ550 that I was also testing. 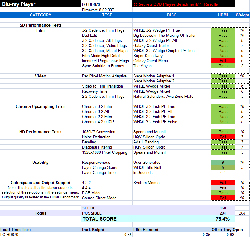 The LG performed fairly well on our bench tests, passing just about everything. There were no options for noise reduction, so that led to an automatic fail. I felt the player was quite responsive and relatively speedy compared to some of the slower Blu-ray players on the market. Overall, the LG had very good deinterlacing and HD performance. 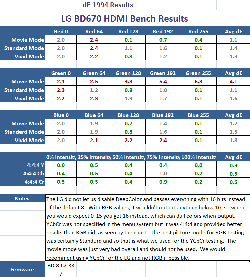 There were options for RGB and YCbCr colorspaces, but no specific 4:4:4, 4:2:2 options and deep color appeared to be enabled by default with no way to turn it off. The LG has special picture modes for movie, standard and vivid and we ran all 3 for RGB to see how the color data was being manipulated. Standard mode definitely introduced the least amount of error, so we went with that mode for testing the YCbCr mode. HDMI data was much better in the YCbCr mode, so our recommendation with this player is to set the picture mode to “standard” and the color mode to YCbCr for best results.

The BD670 is a fine Blu-ray player with fairly good load times and responsiveness. The performance was very good both in real-world usage and on our bench tests. It did not have pixel perfect HDMI output, however setting it to YCbCr colorspace and standard picture mode won’t produce any error beyond the visible threshold. Given this player has built-in WiFi, and the player’s current street price is pretty reasonable, I can recommend this player without reservation.