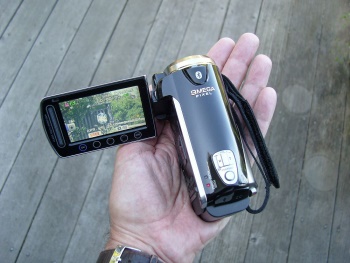 JVC’s new GZ-HM550 has full 1920 x 1080 resolution, records up to 2 hours, 57 minutes in its highest quality mode, has a built-in 32 GB SD card, and is the smallest high definition video camera we have ever tested. At $799.95 MSRP, it will not only fit in your shirt pocket, but won’t strain the wallet in your hip pocket.

The photo above shows the camera sitting in the palm of my hand. I can remember when consumer video cameras required an over-the-left-shoulder tape recorder (VHS) with battery, and the camera was tethered to it with a cable, and you had to rest the camera on your right shoulder. The whole thing must have weighed 30 pounds. All that, and the picture quality was terrible (240 lines of resolution).

With the last JVC high def camera we reviewed, the GZ-HM400, I thought we might have reached the limits of small physical size in consumer camcorders, but no, the 550 is several inches smaller and weighs just over 1/2 pound with the battery attached.

The HM550 is similar to the HM400 that we reviewed a while back. The differences from what I can tell are that the HM550 has a new sensor of the same size as in the 550, but it has a mirror behind it so that light passes through the sensing pixels twice. This improves the performance in low light, thus reducing noise. Also, there is no external microphone jack. Third, the 550 is much smaller than the 400, weighing in at 0.7 pounds, which is about half the weight of the 400. Last, but not least, is the cost. The 400 is $1,199, while the 550 is $799.

The menus are similar to the 400 as well, but the USB 2.0 port, which you use to connect the 550 to your computer for transferring the video files (*.mts), is on the rear of the camera instead of on the inside panel. Although you can use the camera in Manual mode, just as you can with the 400, there is no set of focus or aperture controls on the front as there are with the 400.

The remote control is also much simpler. Basically, the 550 is designed with ease of use in mind, with a minimum of controls to fuss with. It is also the smallest HD video camera I have ever seen or tested. I consider this a great plus, as it can go in one’s shirt pocket or even hang around your neck with a strap because it is so light. 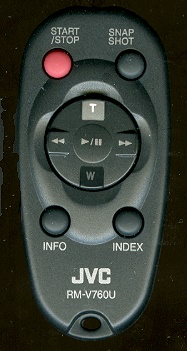 The JVC GZ-HM550 is extremely easy to use. Set it to “A” for Auto, and away you go. Opening the LCD display panel turns the camera on, and closing it turns the camera off. The menus are the same as with the HM400, and the LCD touch panel is also arranged in a similar manner.

When you open the LCD panel and the camera powers on, all you have to do is touch the “Rec” button (the buttons are recessed, i.e., concave), and the green pause indicator in the top right of the display will turn red, indicating that the camera is now recording. Touch the Rec button again, and it goes into pause mode. The camera will warn you it is about to turn off if there is no activity for about 5 minutes. This conserves battery power. And that brings up another difference between the 400 and the 550. The battery on the 550 is small, and thus, record time is limited. I would estimate about 30 to 45 minutes of recording time is available using a fully charged battery. So, if you purchase this camera, get an extra battery and keep it in a charger (optional). The battery charger (Product No. AA-VG1US) is available direct from JVC at $100.85, and what appears to be a more powerful battery (Product No. BN-VG121US) is also available on the JVC website at $83.09 (where do they come up with these strange prices – how about just $83.00?)

The HM550 takes beautiful videos. It is very obvious that the image noise level has been improved. Here is a shot of some yellow roses at dusk, by soft window lighting. 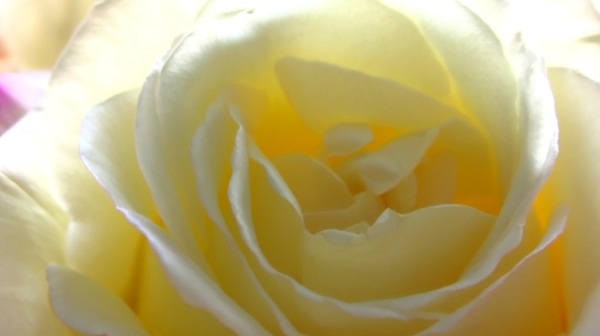 Another shot of some flowers arranged on my coffee table, at dusk. The light was very dim, and I can’t see any image noise anywhere. Colors are clean and true. However, the white balance control does take some time to work, so when you open the LCD panel to turn the camera on, pan it around the area where you will be taking pictures. This gives the camera time to adjust the white balance. 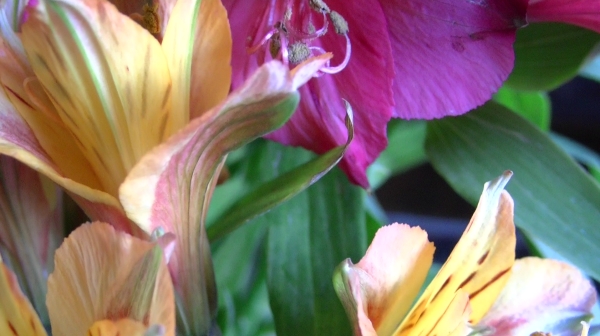 The vegetable rack at the grocery store (my standard test with video cameras) suggests a bit of over-saturation. This is easily dealt with in any video editing software. 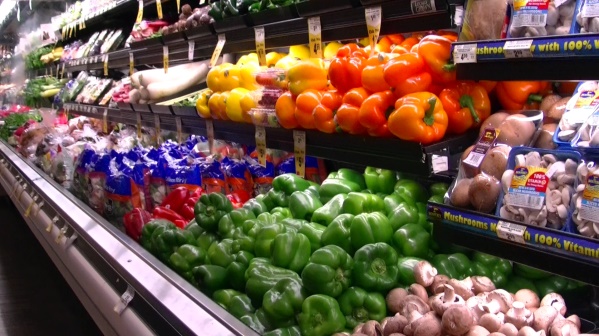 The stereo microphone worked very well. I even heard birds chattering in the background, sitting on a limb in a nearby tree.

The 550 has high speed recording capability (120, 300, and 600 fps) so that you can have slow motion playback. This would be useful for such things as recording and analyzing your golf swing. If you want to speed up a slow even, such as a flower bud opening, you can use the 550’s time-lapse recording feature. When you activate this, the camera will shoot one frame at 1 to 80 second intervals.

The camera has Bluetooth connectivity for use with a headset that has a microphone so that you can add narration while you are shooting a scene. The Bluetooth connection can also be used to transfer snapshots from the 550 to your Bluetooth-enabled computer, wirelessly. The built-in GPS receiver will allow you to record the location of where you are when you shoot a scene. This is something new to video recorders, but it could be very handy if you are travelling throughout another country to remind you of where you were when you are editing the numerous clips.

With the lens set to wide angle, falloff at the corners, where it was the worst, was only 0.121 f/stops. 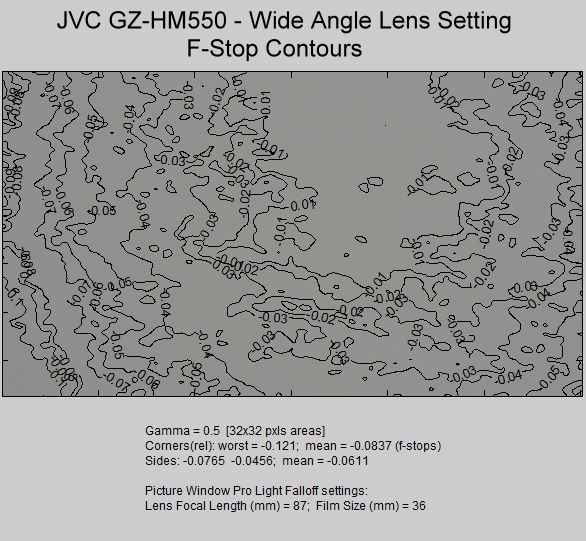 Looking at this in a different way, with lighter and darker gray gradients, it is easier to see the falloff, and the fact that the area of the image with the most exposure is shifted towards the top and to the right. 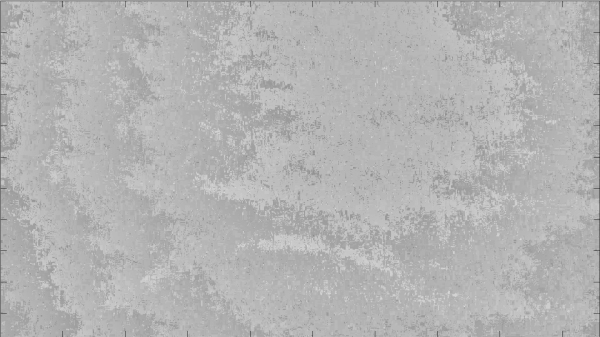 In telephoto, the corners were also the worst, but still, the falloff was only 0.288 f/stops 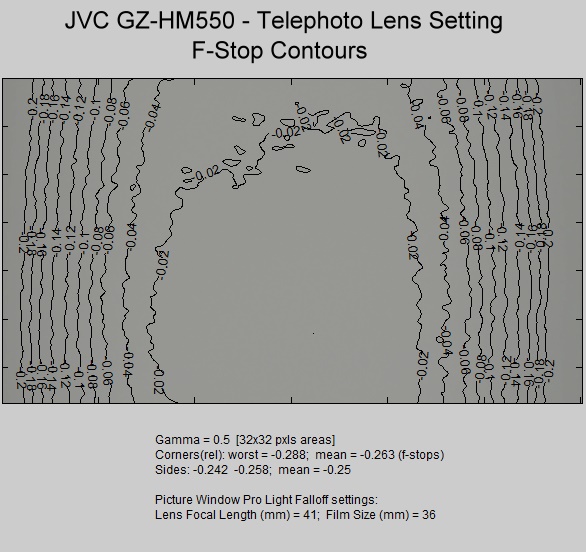 And here is the image with gray gradients for easier viewing. Notice that in this case, the area of greatest exposure is towards the bottom and in the middle. 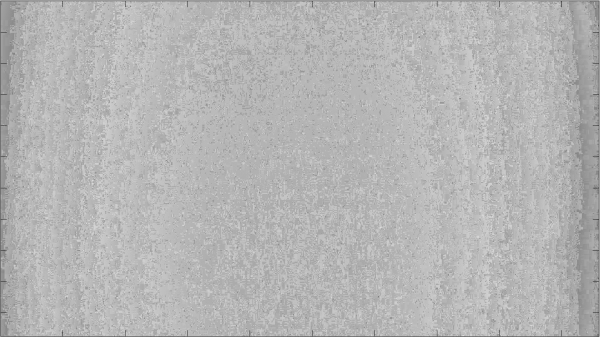 The MTF50 (resolution) for the HM550 was 1075 LW/PH, which is very close to the 1080 lines of the high definition format. The MTF50P was 0.497 Cycles/Pixel, where 0.5 Cycles/Pixel is the theoretical limit. It can actually go over this number if there is a lot of image sharpening. The large area under the bottom curve above 0.5 cycles/pixel (colored light blue) suggests that this camera does not have an anti-aliasing filter. This is a major factor in the camera’s very sharp image quality. The downside is that for certain specific items in a scene, i.e., where there are repeating patterns close together, such as fabric (be careful about getting too close to the bride’s dress !!), you may see a moiré pattern.

Measured noise levels were significantly lower than with the HM400. This is due to the mirror behind the sensor that increases the amount of light passing through the sensor pixels.

At wide angle, there was 2.16% barrel distortion (the lines bow outward). This is normal for a zoom lens, and we will see how this compares with other cameras in future reviews. (Click on the photo to see the full size version.)

Color analysis revealed a tendency for over-saturation as indicated by the fact that the circles (the camera) for the various colors are more towards the periphery than the squares (color reference). The exception is in the yellow, where there is a bit of under-saturation. 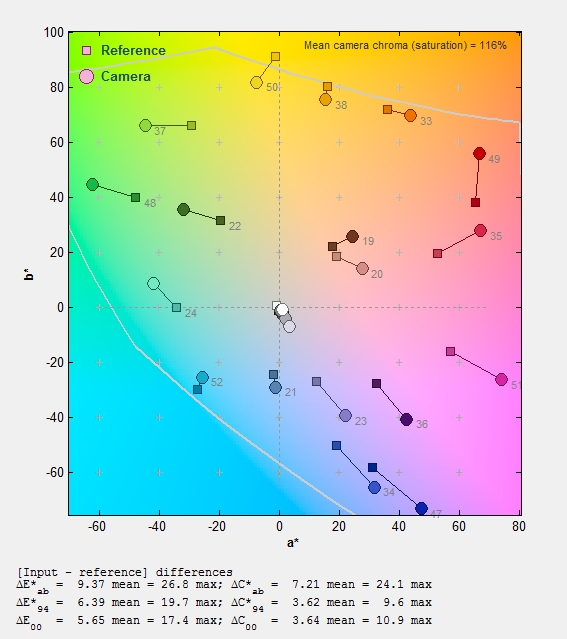 The Q-60 color chart test resulted in a bit of underexposure, as shown by the black rectangles not being distinguishable between 19 and 22. 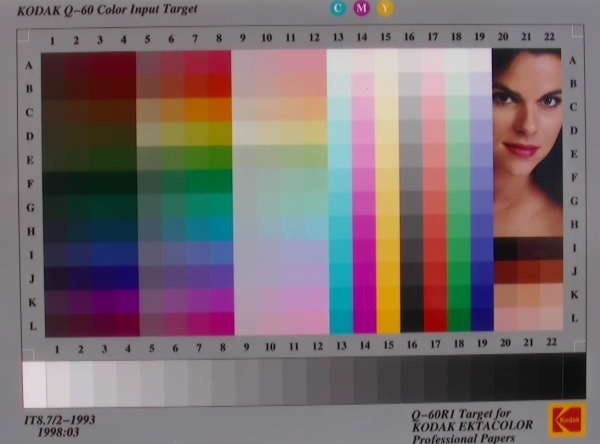 The JVC GZ-HM550 is a very light, very high performance, and very affordable full HD video camera. It will fit in your shirt pocket and is the perfect camera for taking on vacations. Just be sure to have an extra battery on hand. You can watch a video description of the 550 here. You might have to click the “See All” link under the first three videos shown on the right hand side if the 550 video has rotated into the archive.