Up NextOPPO Sonica Wireless Wi-Fi Speakers - First Look
With a sealed two-way enclosure, the Yamaha WX-030 speaker allows the use of zone-2 of your Audio-Video Receiver (AVR) to broadcast music to other rooms of the house.

The speaker also connects by using an “additional room” option from its phone/tablet app. Additionally, by using Yamaha’s MusicCast technology, the speaker can play in either wired or wireless modes making installation a snap, particularly for locations where speaker wiring is hard or impossible to run.

In addition to being able to play streaming music wirelessly from your home wireless network, the WX-030 can also instantly pair with your smartphone or tablet via Bluetooth. This means you can switch the program from your AVR to your mobile device and back with minimal fuss.

I have previously owned the Yamaha NX-B02 Natural-Sound Wireless speaker. It operated via wall-wart or batteries and could pair with Bluetooth devices to stream music. It had exceptionally good tone quality and was highly versatile due to its choice of power sources. I’ve even attached it to my bicycle handlebars for music on the go. Yamaha has now discontinued that device.

To Protect the Drivers

Via the Yamaha MusiCast app for Smart Phones and Tablets 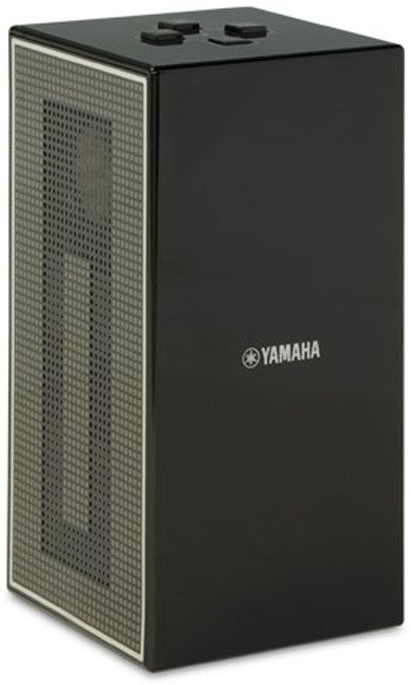 The new WX-030 MusicCast Wireless Speaker is a completely different product with its own set of features. Although the convenient battery operation is no longer available, a 30-watt amplifier and larger cabinet provide sound, volume, and connectivity options not previously available. All the connectivity features that one might want are present, and connections are quick and simple.

The MusicCast WX-030 can stream music by DLNA over Ethernet, by Bluetooth, by Apple AirPlay or by MusicCast 802.11 wireless. This makes for a wide variety of connections, one of which is likely to be just what you want. The speaker is available in white/silver (mostly silver grill with silvery-white top & bottom caps) or black. 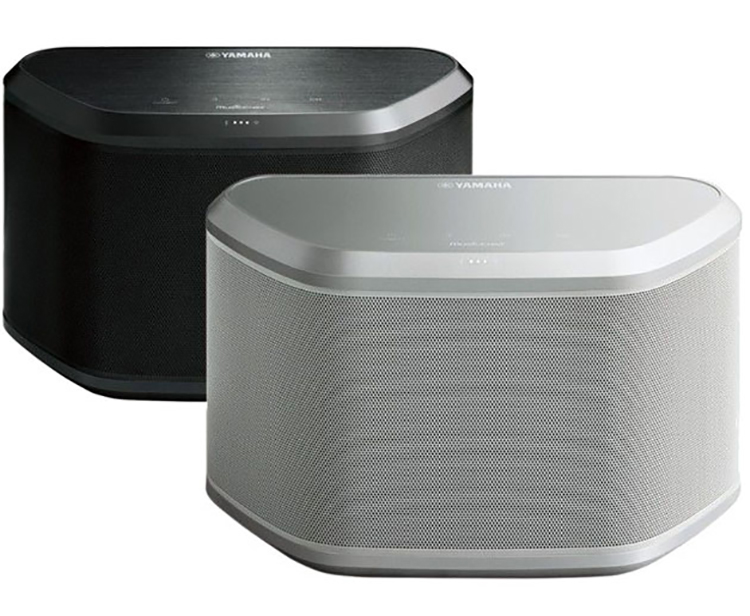 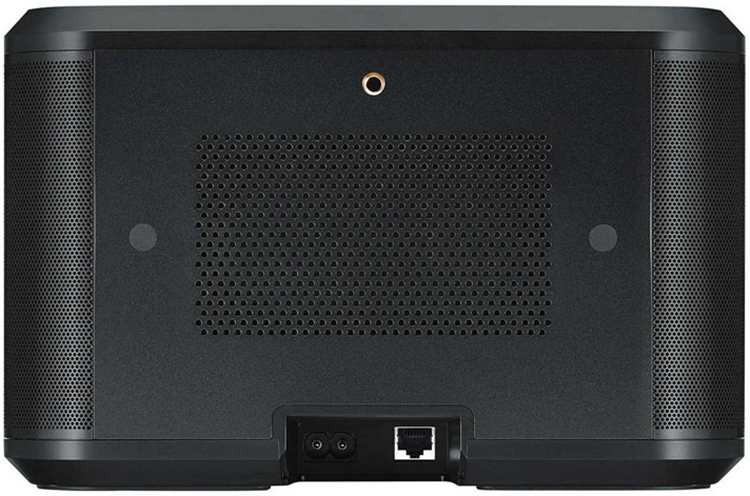 The WX-030 comes in a well-packed box with sufficient packing materials to prevent damage. Despite its compact heft, the speaker is easy to unpack. Mounting brackets are included for wall mounting, or the WX-030 can sit on a flat surface. Included are the owners’ manual, power cord and the speaker itself.

The speaker has touch icon/buttons on its top. One turns the speaker on & off and enables pairing with a MusicCast network. Bluetooth pairing can be accomplished via the pairing settings on a smartphone or tablet. Once the WX-030 is paired via bluetooth, the phone or tablet’s volume control supersedes the WX-030’s volume buttons. Lights on the top of the speaker indicate the active input.

The center two buttons allow volume to be raised or lowered. Additionally, on the far right, a play/pause button is available.

The MusicCast feature bears additional comment. Each MusicCast speaker serves as a destination for the source signal. This means that you can spread WX-030s throughout the house, and provided that each is within the range of the source AVR, they will each stream the same signal.

The term “zone” for an AV receiver usually refers to zone 2 capabilities, such as zone 2 via traditional wired speakers. While it is possible to connect the WX-030 via the zone 2 of an AV receiver, the WX-030 is, instead, typically added as another “Room” in the Yamaha MusicCast phone/tablet app. It’s perhaps a matter of terminology, but may cause some confusion to those who are familiar with Yamaha’a AVR Zone 2 features. The MusicCast app allows multiple rooms, each with its own WX-030(s).

The speaker has good volume available for such small drivers, and music streams without dropouts from every source I tried (up to about 30 feet away from the source, per Yamaha’s specs). The WX also paired without trouble to every mobile device I tried it with.

So how does the WX-030 sound? Placement is critical, and having adjacent surfaces (shelves, desktops, etc.) too close can make the sound colored. I thought that the WX did best when mounted on a wall. This maximizes the bass, which can be somewhat thin without the boundary reinforcement.

When situated on a shelf or table top, near-field echo had some tendency to muddy the sound. Per my experiments, wall mounting was the best option if clean sound is preferred.

Yamaha makes their own MusicCast controller app for a variety of platforms including phones and tablets. It worked flawlessly as well. I usually ran mine on an iPad, but many other phones and tablets are also supported.

YouTube videos including those from Walk Off The Earth and Postmodern Jukebox:

In these I listened for dynamic range (Walk Off The Earth – Speeches) and for bass extension (Postmodern Jukebox – All About That (Upright) Bass). In both cases I was pleasantly surprised. The 30-watt amplifier of the WX provides excellent control of the drivers, and when used in the wall-mount position the WX had surprising bass extension. But when placed on a countertop or shelf, both the music clarity and bass extension suffered. YouTube content was delivered from my computer using DLNA streaming over Ethernet.

Wireless streaming music from an AVR and smartphone included: 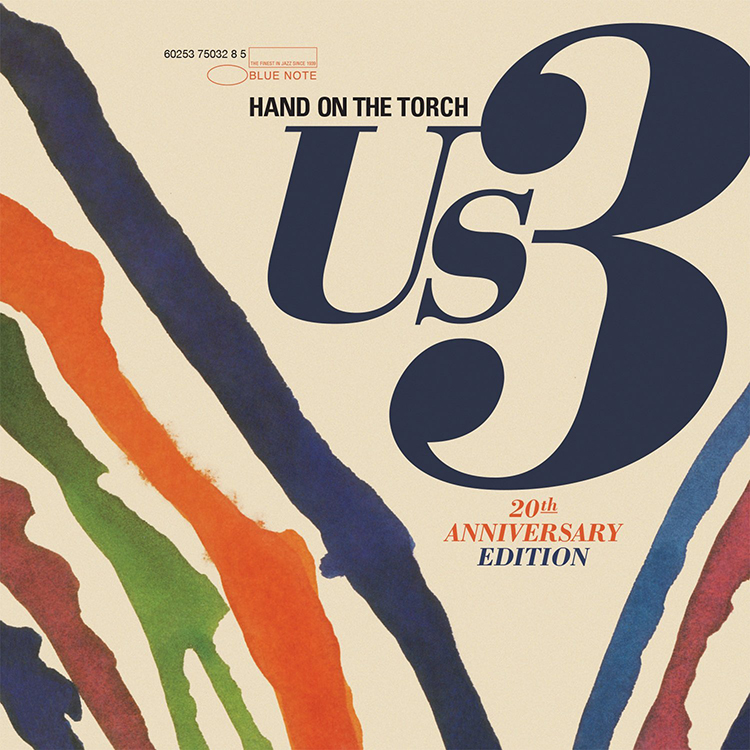 The “Cantaloop – Flip Fantasia” cut by Us 3 has both excellent bass and lots of complicated midrange information. If you can pick out the rapper’s voice cleanly from the mix, then your speaker has good midrange definition. The WX offered good intelligibility throughout the song. 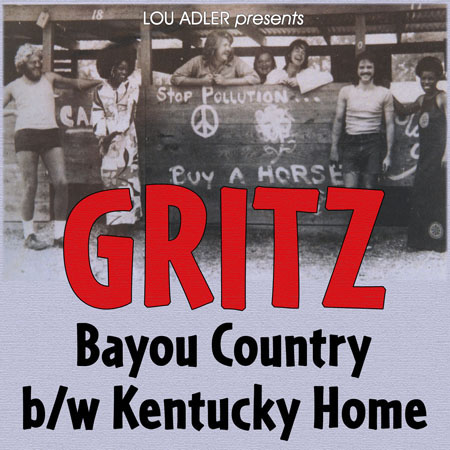 The “Bayou Country” cut by Gritz should have tactile grain on the midrange guitar. Again, the WX allowed me to hear the “sound of the guitar amp” clearly, showing good midrange detail. 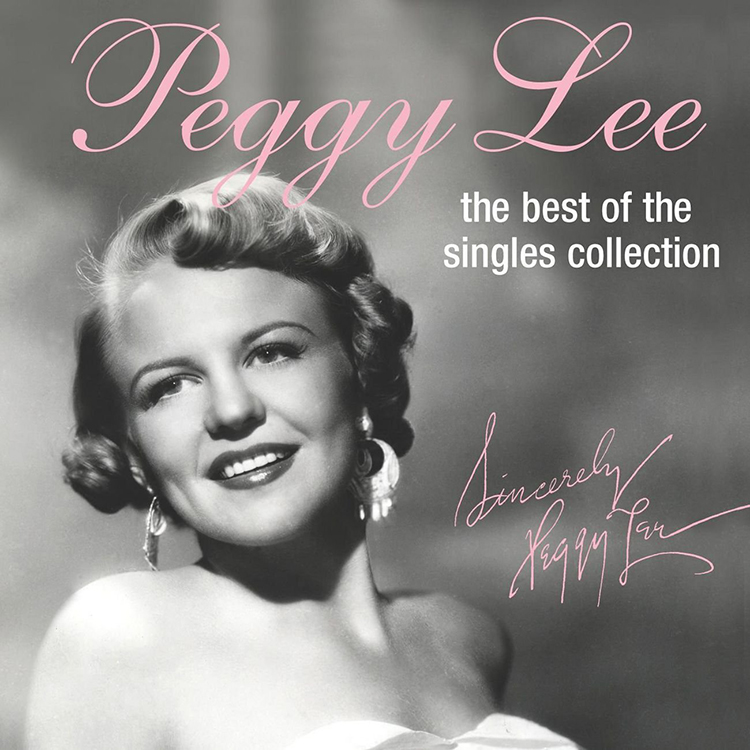 Peggy Lee “The Best of the Singles Collection”

Peggy Lee’s classic cut “Fever” is amazingly well recorded. The bass guitar should be clear with good note definition and Peggy’s voice should not exhibit harshness despite her volume. Although the WX did a good job with the vocals, the lower bass notes were missing in action. This is to be expected with a speaker using a 3.5 inch woofer.

So overall, I’d say that the WX speaker did a better-than-average job on sound quality for its size. Its sole weakness was lower bass extension. 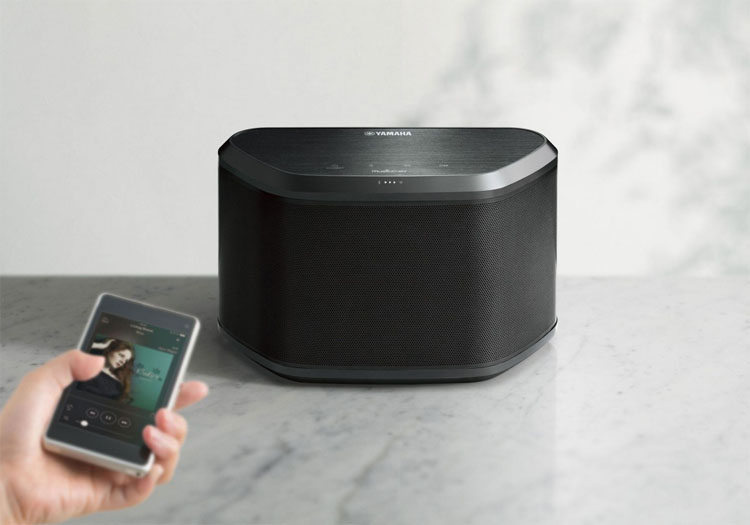 THE YAMAHA WX-030 is a bluetooth speaker with as accurate a tonal presentation for anywhere near the Yamaha’s price.

For $249, the market is crowded with a variety of Bluetooth speakers. The majority are intended to produce boom-box sound with excessive bass. If that’s the sound you seek, then it can be had for less money. However, if you want a tonally accurate speaker that minimizes distortion, the WX-030 is well worth your consideration. I know of no other Bluetooth speaker with as accurate a tonal presentation for anywhere near the Yamaha’s price.

The WX-030 does a very good job at what it was designed for. The sound is admirable for a device of this size and weight. It can stream music from a wide variety of sources. It sounds crisp and clean. The “Room” designation of the MusicCast phone/tablet app allows one to add multiple WX-030s as needed.

My sole complaint is that the speaker was not (also) designed to serve as wireless surround speaker of a Home Theater system, and that is what I would have liked for it to do the most. But this isn’t really a fair criticism because Yamaha never intended for the WX-030 to be a surround speaker.

If what you desire is a second zone or multi-room speaker fed from your AVR, or a casual-listening speaker to be fed from your smartphone, then the WX-030 will serve your needs well provided that:

Yamaha’s WX-030 is a versatile and clean-sounding speaker. It seems an ideal product if your desire is to stream music simultaneously to multiple rooms while still retaining the option to stream via Bluetooth. My few complaints include the inability of the small bass driver to produce deep bass unless wall mounted, and Yamaha’s design choice not to make the WX-030 also usable as wireless surrounds for HT use.