Up NextBlueSound Wireless Music System Review
The Solis Audio SO-8000 Stereo Bluetooth Vacuum Tube Audio System – That’s right, a full, everything in the box system complete with an amplifier, speakers, cables and white gloves! Looking for a retro-styled system for your bedroom or office? This could be the one!

I had long wondered what it would be like to own a vacuum tube amplifier and I finally got my chance as the team over at Solis Audio were kind enough to send this the SO-8000 my way. Solis Audio states that the vacuum tube audio circuit produces a richer, more lifelike sound and I was curious to see if I could hear a difference between it and any of my other amplifiers. Part of the fun of doing these reviews is the initial unboxing of the product. Usually, you open the outer shipping box to get to the nondescript product box and open that to get to the product. Solis Audio opts for a different product box, it’s a full-color affair, complete with photography of the amplifier, it’s inputs, speaker terminals, and speakers. As this is an Audio System—available at Walmart, Best Buy and Target—I assume Solis would like the prospective buyer to see what’s in the box. I spent a hot second checking out the box first. Once opened I became aware of how much care went into this system on Solis Audio’s part. Inside the box were two more boxes, one for the amplifier and one for the speakers. I opened them to find two more-just kidding! 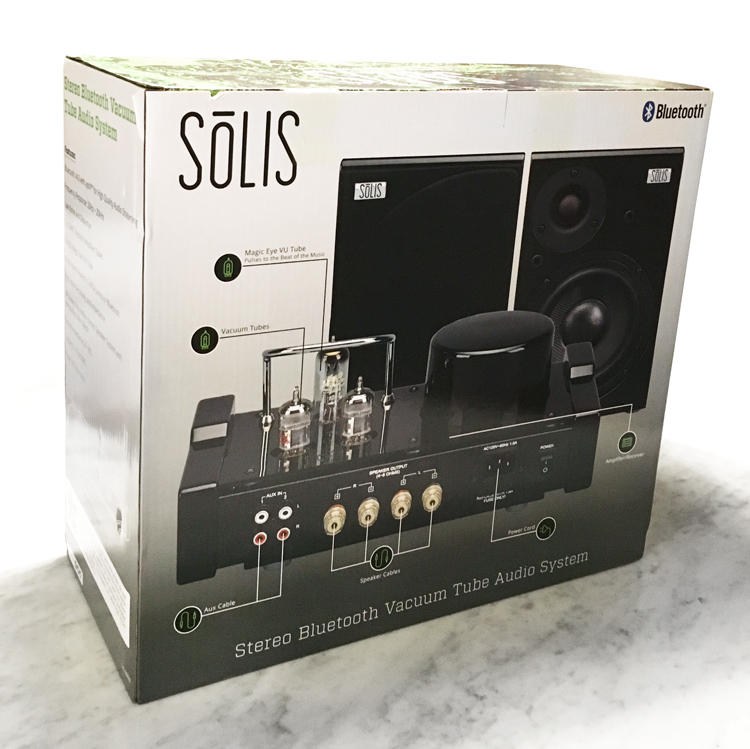 Everything I needed to get up and running was included in the box: the amplifier and speakers, two 6’ long speaker cables pre-terminated with banana plugs, one 6’ long stereo line-level RCA cable, one soft brush and two cotton gloves. The soft brush is supplied to presumably brush of any dust from the amplifier and speakers. The white cotton gloves are supplied so you can handle the components without worrying about scratching or leaving fingerprints on them. Yes, it may be overkill but it’s a fun touch and elevates the experience giving you the feeling of handling a premium product. I happily donned the gloves so that I wouldn’t start off my review by scratching the product. 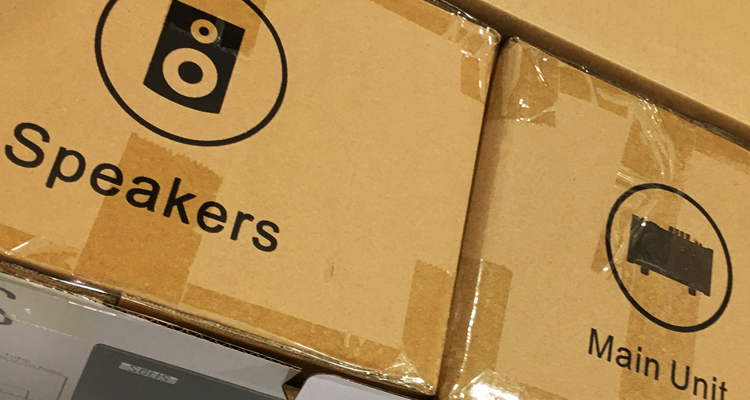 I first opened the Speaker box. The speakers are individually wrapped in the same white cloth as the gloves to protect them from scratches and the same for the amplifier. 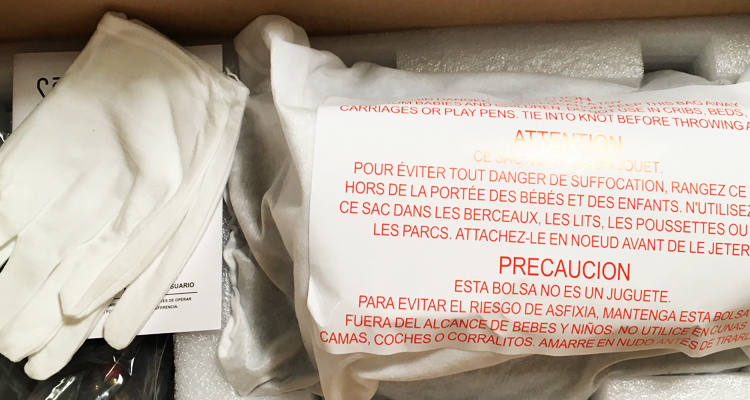 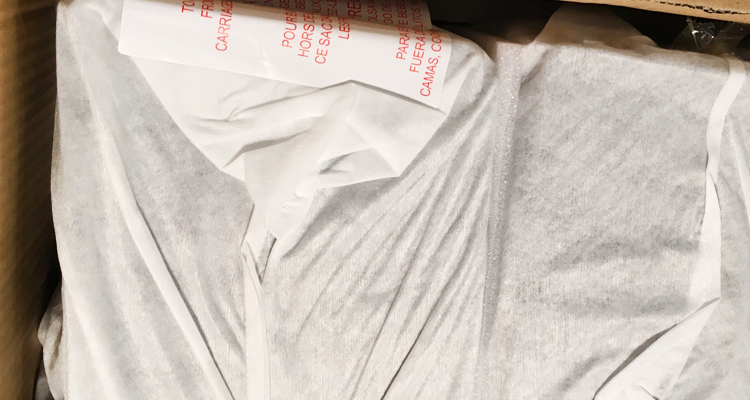 The System truly is a compact, the amplifier itself measures 8.66 x 10.24 x 6.3 inches while the speakers measure 12.1 x 6.7 x 7.87 inches. The speakers each feature a 5” polymer woofer, a 1.25” soft dome tweeter and removable fabric grilles. About those grilles, Solis Audio was clearly going for a retro vibe with the SO-8000. The amplifier fits the part but the grilles on the speakers are shaped like half of a spade. Aesthetically I’m not really a fan of how they look and spent most of the time of my listening to with the grilles off. The amplifier is a beautiful black glossy affair which looks good in any light. The Solis logos adorn the front of the amplifier flanked by two silver colored knobs, the left is the source input selector and the right is for volume. 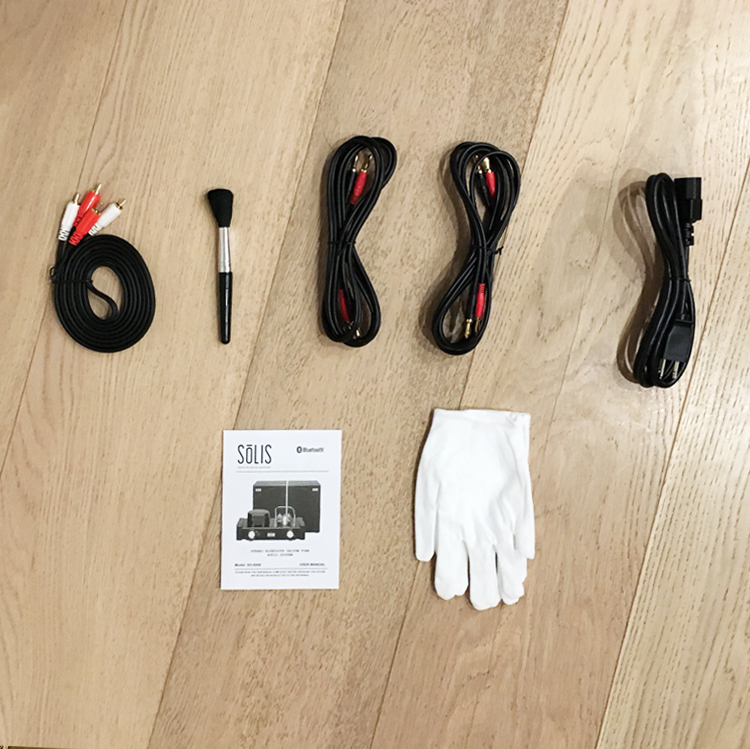 As mentioned above, the SO-8000 came packaged with everything I needed to get going. Once I got the SO-8000 unpackaged, then sat onto the buffet in our living room, I connected the speakers with the pre-terminated speaker wire. I have to say that this was the nicest touch of all. The unpleasant part of setting up a new system is connecting speaker wires but when the system you’re buying comes supplied with its own set of pre-banana plugged speaker wires, it makes the set up a bit of a breeze. From there, I easily connected my iPhone 8 to the Bluetooth and I was on my way to vacuum tube nirvana. Around the back of the amplifier, are two auxiliary RCA input jacks for connecting external gear, to them I connected my Marantz CD5001 with the Solis supplied RCA cable and then connected my Arcam rDAC. Set-up couldn’t have been simpler. There is no remote supplied but I never once wished I had one. 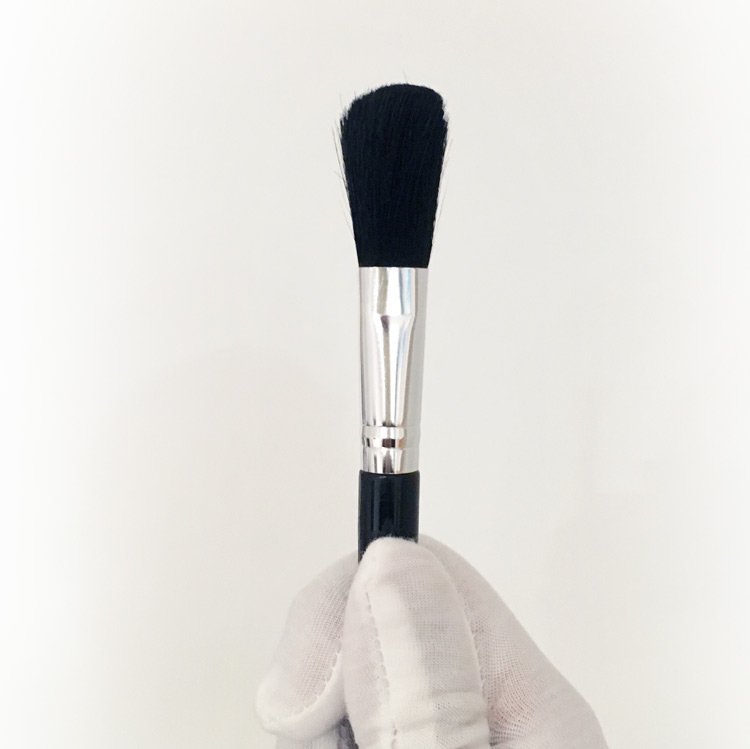 Oddly enough, the first thing that struck me wasn’t the sound. It was the “Magic Eye”, VU meter. It visually indicates the amplifier’s output. It’s a nice touch and really adds to the SO-8000’s shelf appeal. I say shelf appeal as the Solis Audio SO-8000 Stereo Bluetooth Vacuum Tube Audio System is tailor made for a shelf. With a speaker depth of 7 inches and amplifier depth of just under that, the SO-8000 will have no trouble fitting on any shelf.

My first impressions via my iPhone 8 over Bluetooth were positive. I tried a few different genres from Jazz to Soul to Hip Hop, Drum and Bass and House. I didn’t push the SO-8000 too hard on the first day I was purely curious to see how it sounded with various types of music. Off the bat, I noticed that the diminutive size of the system meant that it wouldn’t be the bass-heavy type of system that I generally gravitate towards. So this would be something that I would need to keep in mind. Additionally, and this is really my mistake–I had the system set up in our living room which is about 17’ W x 26’ L. For the first few weeks in our living room, the Solis Audio SO-8000 struggled to fill the room and generally sounded thin. So I moved it to our bedroom which is roughly sized 13’ W x 14’ L. The system sounded fuller and much more powerful in a smaller space so I did the first battery of proper listening in our bedroom. 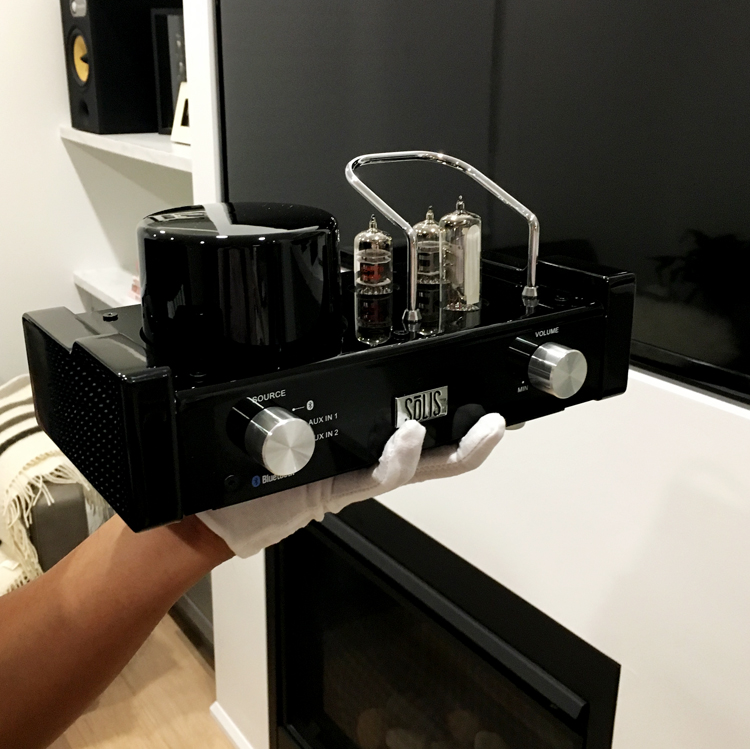 My two and a half-year-old daughter Winnie has become the de-facto ‘selector’ of our household’s musical selection. Fortunately for us, her tastes aren’t awful. All of Winnie’s selections were played via Bluetooth from either my, or my wife’s phone. Up first is the Moana soundtrack. In particular, Winnie likes ‘How Far I’ll Go’ sung by Auli Cravalho the voice star of the movie. The track (which went Platinum) is standard Disney musical fare. Auli’s voice takes center stage in and the Solis SO-8000 does a great job of separating the instruments and the vocals. Her other favorite is ‘You’re Welcome’ Performed by Dwayne ‘The Rock’ Johnson. This track also went Platinum (is there anything that The Rock can’t do?). ‘You’re Welcome’ is a light-hearted affair that Winnie loves singing along to. It also sounded great and The Rock’s voice had lots of weight.

Next up: Winnie absolutely loves ‘Get Free’ By Major Lazer. The track predates Winnie as it was released in 2012. But she loves it. She’s listened to it about 10,000 times. Sometimes it’s all she’ll listen to. I really got to hear how the Solis SO-8000 handled the song both at low volume and loud. I can’t describe the song other than saying its reggae-ish. There is a fair amount of low-end grunt on ‘Get Free‘ most of which is inaudible on the Solis SO-8000. With a 17W power rating and 5” Woofers, this was to be expected. It’s the midrange and highs where the system shines. Just don’t turn up the volume too high as the Solis SO-8000 starts to strain once the dial reaches 12 o’clock.

Winnie’s next pick is Headlines by Drake. Admittedly I’m not a big fan of this song and it really shouldn’t be played for children. Fortunately, this sounds like crap on the Solis SO-8000. So, we normally switch it off in favor of something else. The more we listened to the Solis SO-8000 it became apparent that bass heavy music just wasn’t its forté. Hip Hop lacked punch and Drum and Bass didn’t translate well at all. A subwoofer output would be a worthy addition to future iterations and would open up the Solis SO-8000 to a wider customer base.

The last of Winnie’s selections, however, was perfectly suited to the Solis. ‘Fade into You’ by Mazzy Star. This song and the singer’s voice absolutely captivates her. We are able to really crank this song nice and loud and truly test the SO-8000. It fills the room with a warm lush sound and doesn’t strain at all. For the first time, I wasn’t missing any elements of a song and I could really just enjoy the music. And enjoy we did about 37 times in a row.

When I got to listen on my own terms I tried a few other genres. Another household favorite is ‘Lovely Day’ by Bill Withers. I love this song and Bill’s voice sounded full while the music was nice and warm and clear.

Moving over to CDs, via my Marantz cd5001, the difference in sound was immediately apparent. Playing Songs in the ‘Key of Life‘ by Stevie Wonder was a treat. The perception that the volume was louder added to the richer, fuller presentation. I tried a few older Hip Hop CDs as a test and while the presentation was better than via Bluetooth it was still missing that oomph that Hip Hop requires.

The electronic ambient ‘Malm’ by Acronym was a nice listen and a great change of pace. I played it from my iMac through the Arcam rDac., just stellar. One track in particular, ‘The Final Decision’ was particularly compelling. The lush pads and synth stabs were highlighted well and had a full weighty sound. I had this on repeat.

Now that I had heard a variety of music through the Solis SO-8000 I was time to try one more thing. I switched out the speakers with my B&W 686 s1’s. These normally serve as the rears in my home theater set up but they are substantially larger in size and have a nice “phat” low end for their size. With the 686’s connected, I went and tried some Hip-Hop. First up was some Gangstarr. The oomph that was missing previously was back. The larger speaker was the missing link that I was searching for. The Large Professor remix of ‘Gotta Get Over’ was full and punchy and I found myself bobbing my head like it was the 90s all over again. The ‘Magic Eye’ meter was working really hard at moderate volumes so I made sure not to push my luck and turn it up much louder. I tried ‘Adrenaline’ from Mobb Deep and it got the VU meter to work a little harder. The bass came through clearly and the track had a good weight to it. Now, I doubt anyone who drops $529 USD on the Solis SO-8000 would be looking to switch out the speakers but I couldn’t resist giving it a go. 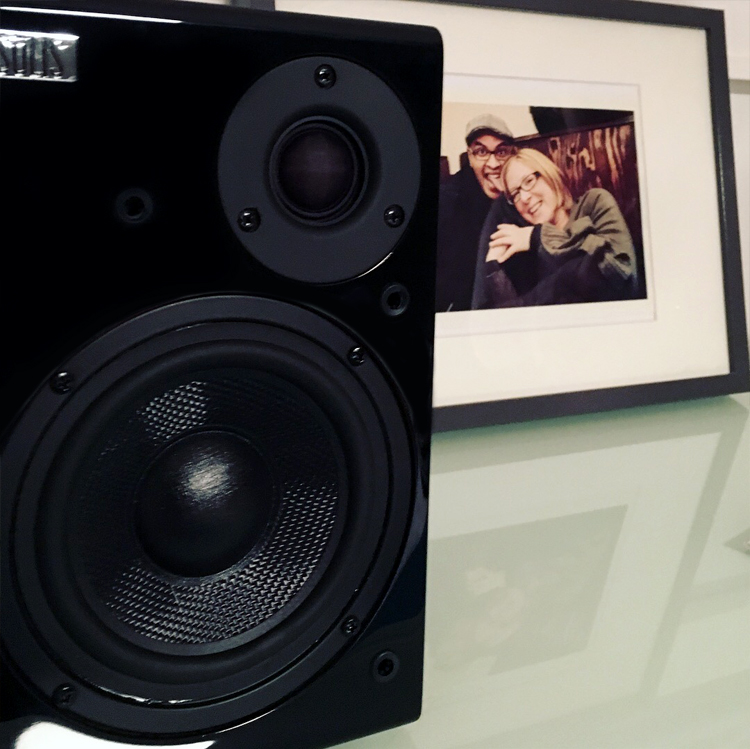 I did not try TV sound through the Solis SO-8000. Primarily because it lacked an optical input which made connecting our bedroom TV or the Apple TV difficult. The addition of an optical input would be another worthy addition to future iterations of this system. 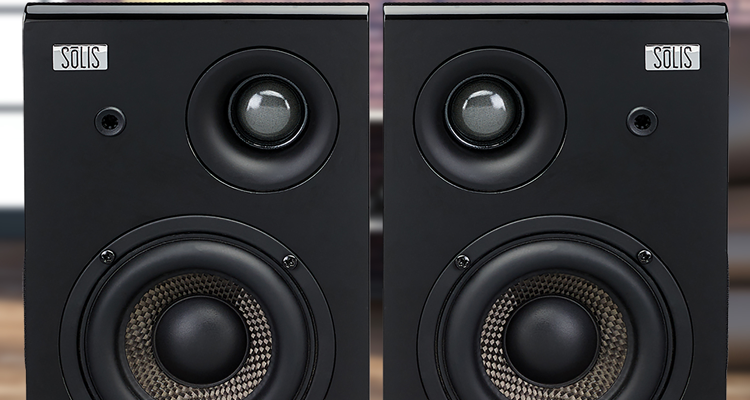 With a suggested retail price of $529 USD THE SOLIS AUDIO SO-8000 STEREO BLUETOOTH VACUUM SYSTEM presents a decent amount of value for the money. You get classy looks, good sound and ample connectivity. It is worth seeking out should you need a stylish system for your office or your bedroom.

My first experience with a vacuum tube amplifier was pretty great. Providing you feed it appropriate musical material it will make you a happy customer. To be perfectly honest, I didn’t hear a noticeable difference in sound with the vacuum tubes compared to any of my other amplifiers. Not that this is a bad thing at all. I did, however, enjoy great sound from a compact package. And at the end of the day, the pursuit of great sound is all that really matters.