Your favorite music can be streamed from a service, or reside on your network, or copied to a Bluesound server which they call a vault. The Bluesound family of products, which is really an ecosystem, includes audio-only devices, as well as soundbars for TV use.

For this review, I’ve tested the Bluesound Wireless Stereo Components. I was sent a Vault 2i, a Node 2i, and a Pulse Mini 2i, a wireless standalone streaming speaker. I found the audio quality superb, but I did have a few glitches during the setup, and the documentation is not as comprehensive as it should be. I found those niggling problems to be a small price to pay for the flexibility and superb audio quality of this setup.

The Bluesound family of components, including the Wireless Music System on review here, was designed for audiophiles, who early on realized that compressed MP3 formatted music was just not good enough quality for serious listening.

The success of Sonos showed there was a real appetite for high quality, wireless distributions of music from many sources, including file-based music, streaming sources, and some of the newer formats like MQA. Bluesound has tackled these various playback modes and tied them into a nicely thought out system that can be controlled from a smartphone, a Mac or a PC. 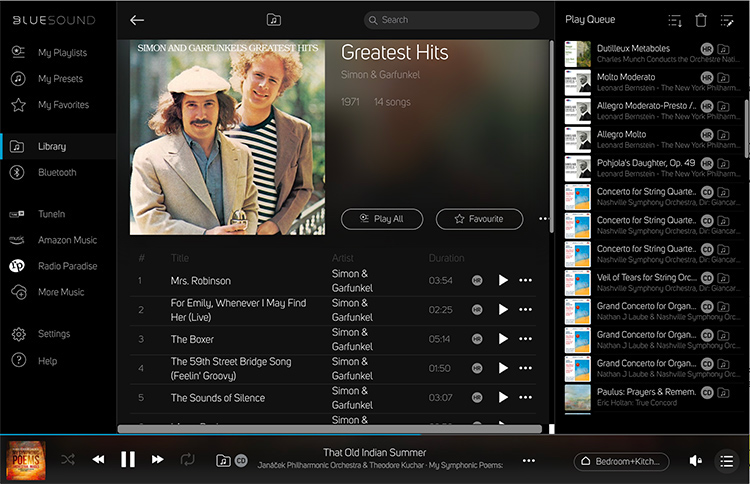 I wanted to see how well the Bluesound system compared to my Sonos system, which I’ve had in the house for many years. Does Sonos hold its own, or does the Bluesound embrace of high resolution playback set it apart?

VAULT 2I, NODE 2I AND PULSE MINI 2I SPEAKER SYSTEM SPECIFICATIONS

Plays music from network shares from Windows and Mac

Node 2i (Most specifications are identical to the Vault 2i)

Pulse Mini 2i Speaker System (again, many specs are identical to the above devices)

As noted, Bluesound provided me with 3 components. A Vault 2i, which for all intents is a server with a 2TB hard drive for storing my existing music for easy playback. It also serves as a CD ripper and streamer for internet based music services. 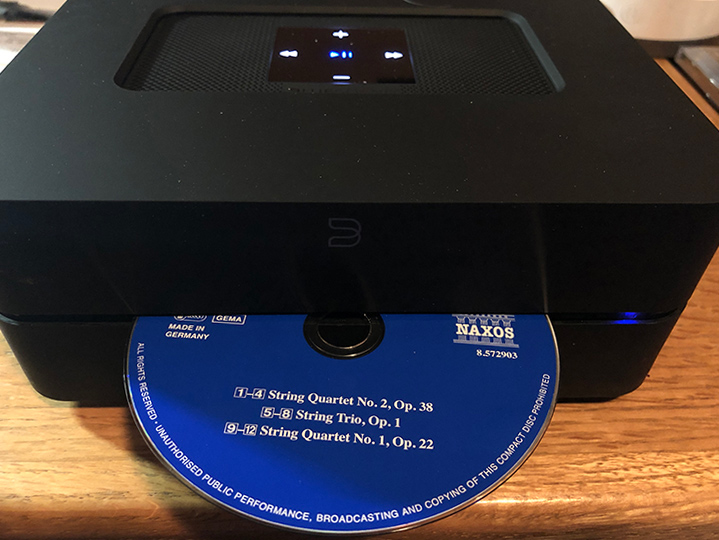 For my testing I put a Node device in my bedroom. Bluesound also provided a Pulse Mini 2i, a music speaker with amplifiers that would be nice for a small room or kitchen, which is where mine resided during testing. Both the Node 2i and Pulse Mini 2i can connect wirelessly to the Vault 2i. The Vault 2i must be connected to your network via an Ethernet connection to a router. 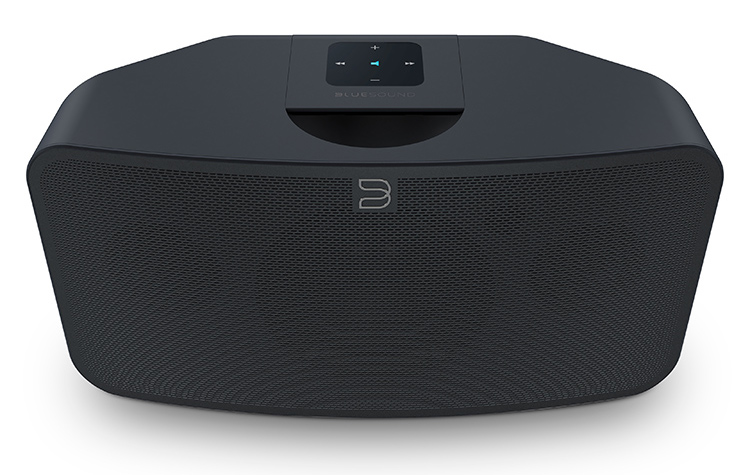 The Bluesound packaging is superb and is very Apple-like. Each component is in the center of the box, surrounded by spacers to keep the device free from damage in shipping. When you first open the box you’ll see a top container with a thin setup guide. Lifting that section off reveals the component, and containers for connecting and power cords. These cables are all of high quality, and should be all you need to get up and running.

Starting with the Vault 2i, you connect it to a router via a provided Ethernet cable. Colored lights show the unit starting up, and then the LEDs turn solid blue, indicating that the device is ready for the next step. 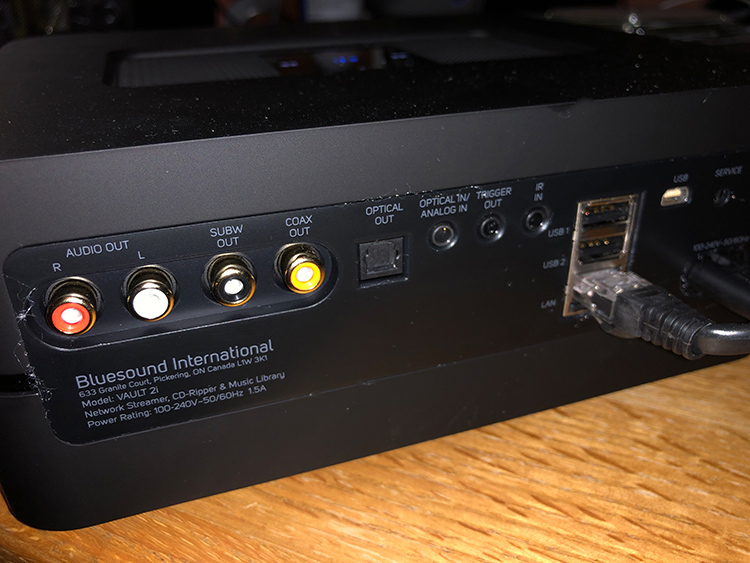 Using the Bluesound mobile app, or PC or Mac app, you can name the device, usually after the room it is in. At this point you are ready to stream any number of free or paid services from that device or one of their other devices in other rooms. You can rip CD’s you own to the Vault 2i, which will catalog them and provide album art. Beyond that, you can mount the Vault hard drive on your network and drag any files you already own onto it, including high resolution files.

Adding the Node 2i and Pulse Mini 2i speakers is quite simple. Turn them on, wait for the appropriate color LEDs, name the devices and they will interact with the Vault 2i creating a whole house network.

My point of comparison is to my existing Sonos system, and I found the sound quality of the Bluesound superior. CDs ripped to the Vault 2i sounded identical to the originals when played through the same amplification and speakers. Ripping of CDs averaged about 15 minutes. Ripping is as easy as inserting a CD into the slot on the Vault 2i. I chose to rip everything in FLAC format. FLAC, MP3 (320kbps) and WAV are supported for ripping. My increasingly large collection of High Resolution music files sounded great, and playback of those files is something the Sonos won’t do.

I tested letting all three Bluesound devices play different high resolution files at the same time in three different rooms, and the music never dropped out or stuttered. I thought such a test would bring the system to its knees, but it all worked great.

Streaming music was of lesser quality, and I don’t subscribe to any of the higher quality services the Bluesound equipment offers. And although the system supports it, I did not listen to any MQA format music.

TuneIn is available on the Bluesound system, and I easily listened to local radio, along with some Podcasts. I also tried Amazon music which worked well and was easy to navigate. You can set up any streaming source as a favorite, and not have to look at a list of services you are not using.

As you add music to the system, it will re-index its content and grab album art. You can also choose to re-index immediately. If the Bluesound Vault 2i can’t find album art, you can add it manually by putting cover art inside the folder that contains the tracks’ missing artwork.

(I listened to various tracks on an Emotiva based system powering Magnepan 3.6r planar speakers, and a smaller system consisting of a Denon AVR-640H receiver driving KEF LS50 speakers with a Klipsch R105wi Subwoofer)

Some of the specific high resolution files I listened to included: 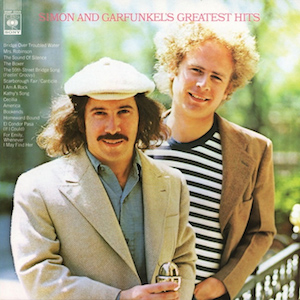 This music was derived from analog master tapes from when Columbia Records was in its prime. The sound was smooth, with great transient response. I know these tracks so well it is always a bit of a revelation to hear them in high resolution. 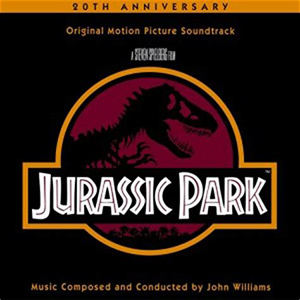 Great sound and prodigious bass. Solid image of the orchestra across the front speakers of my system. 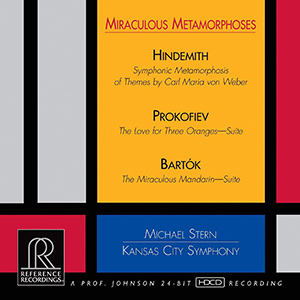 I also listened to a variety of CDs, either ripped to FLAC or Apple Lossless. There’s something magical about the DAC in the Bluesound, as it rendered these CD quality files sounding better than the Sonos or any other music player I’ve had in the same audio system.

I did spend some time listening to the Bluesound Pulse Mini 2i, a self-contained amplifier/speaker that integrates well with the system. It’s probably an appropriate component for a small office or bedroom, but it’s not something for serious listening. I found it roughly comparable to my Sonos powered speakers.

The BLUESOUND WIRELESS MUSIC SYSTEM is a first class, audiophile system and it is priced accordingly, but not excessively. The Bluesound system can grow with software updates that will keep it current. In mid-December the company announced that all Generation 2i streaming music players will receive an update that will enable Apple AirPlay 2, allowing users to stream audio from their iPhone, iPad or Mac computer to a Bluesound system. That kind of support from a company makes the investment in Bluesound equipment really pay off.

Did I find the Bluesound player better than my reliable and beloved Sonos system? The answer is a resounding yes. High resolution files sounded great, something the Sonos can’t play. Ripped CDs often sounded better than when they were playing back through the Sonos. Trying to describe the differences between the Sonos and the Bluesound system on the same equipment is a matter of subtleties. Instrument locations, especially acoustic instruments are more precise. Percussion instruments have more bite, and ‘liveness’. Switching between ripped CDs, it was almost always obvious which equipment was playing. That was true even when another person made the switches so I had no idea if I was listening to the Sonos or the Bluesound as a source. It could be a difference in DACs, the ripping into FLAC format, or something in the way the networking is architected. Whatever the reason, it sounded like a thin veil had been lifted when listening to the Bluesound.

There are some negatives. At first glance, shoppers will note that the Bluesound Vault 2i and Node 2i components costs more than comparable Sonos devices. Of course the Vault 2i rips CDs and plays back high resolution files. It has a 2TB drive. The Sonos system has no storage, no ripping feature, and you use your computer or networked attached storage for your files.

Beyond that, the Bluesound software can be flaky at times. The software offers a sleep timer that never worked. Grouping and ungrouping of devices for playing together or separately in different rooms in non-intuitive, but I got the hang of it after a while. 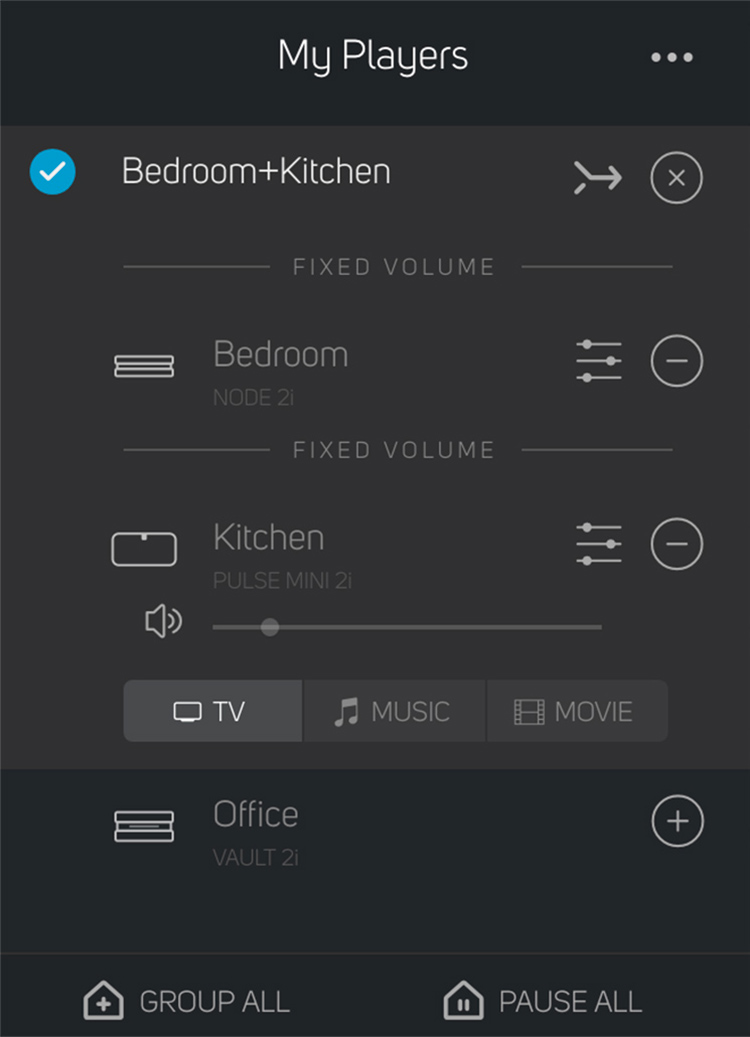 I also saw a few minor bugs. With the Bluesound app running on my Mac, at times the app was unresponsive and didn’t respond to clicks. Sometimes it was out of sync with what was playing. In those rare instances, I closed the app and re-opened it and all was well. The iOS app remote seemed to work very smoothly with no issues.

The documentation that comes with the players is minimal in the extreme. They don’t deal with troubleshooting, or really explaining the features of the system.

Yes, you can go to the website, or initiate a support ticket, but I think for a system this excellent and this expensive it needs a comprehensive, illustrated manual, with a better, more detailed, quick start guide.

I sometimes think the people at tech companies forget that general users don’t have the knowledge they do. I’m quite knowledgeable about computers and audiophile equipment, yet I struggled to figure out all the features of the system with the information that was supplied in the box.

Happily, Bluesound tech support is responsive and helpful, but that isn’t an excuse for subpar documentation.

The people from Bluesound did respond to my issues with the thin documentation, saying it was pretty much an industry standard, and that printed documentation quickly goes out of date. Still, even if it is online, I’d like to see a better step by step setup process and a searchable document for finding and using features.

In some ways the Bluesound Wireless Music System combines the best attributes of the Brennan B2 system I reviewed earlier this year, which rips your CD’s and manages your system from a built-in hard drive, and the Sonos which gives you music and streaming services in any room which has the appropriate hardware. I did not hear any quality difference between high resolution playback on the Vault 2i, where the files reside, or in the Node 2i that gets the music wirelessly. The Bluesound system does the job and does it with really high quality, in as many rooms as you wish to add to the system.

Finally, I must add that Bluesound is aggressive at updating their products. While this review was being written the company announced.

For more information on the Bluesound Wireless Music System, go to https://www.bluesound.com/wireless-speakers