Up NextParadigm Monitor SE 5.0 Speaker Review
The Focal Sib Evo Dolby Atmos Speaker System brings a 5.1.2 surround system into small to medium rooms and it offers excellent sound with easy placement. Focal is a respected provider of really high-end speaker systems, and they’ve succeeded with a new system aimed at consumers who want to treat themselves to the latest sound technologies. 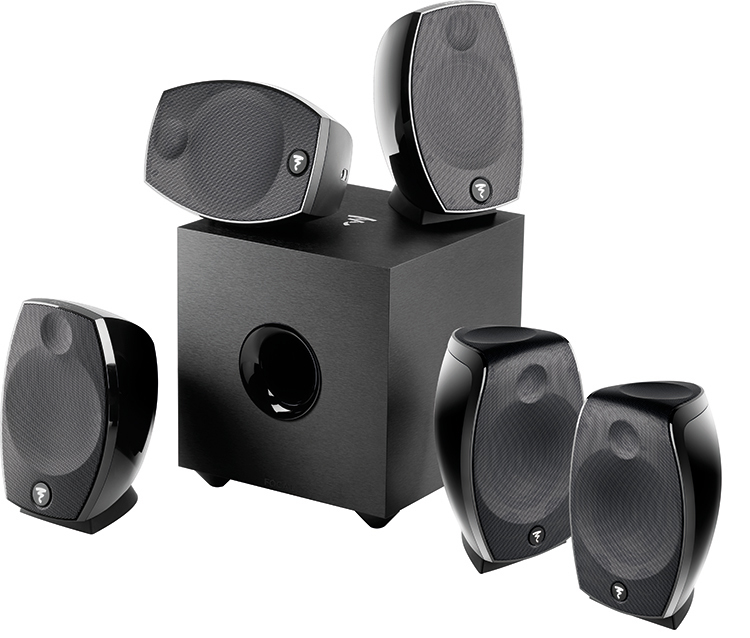 First off, let me explain what a 5.1.2 system is. Most of our readers are familiar with a more standard surround system, containing a left, right, and center speaker in front. Two surround channels and one subwoofer. That’s a basic 5.1 home theater system. Focal has provided a 5.1.2 system, consisting of the basic setup above, but adding height speakers pointed to the ceiling that are contained in the front left and right speaker enclosures. Those height speakers are independent of the standard left and right speaker even though they co-exist in the same physical speaker enclosure. They are, however, electronically a separate component with extra speaker terminals on the back of the left and right speaker. So instead of the normal 2 speaker wire inputs, there are four on the Atmos-equipped left and right front speakers. So the ‘2’ in this 5.1.2 system are the 2 extra height channels needed for Dolby Atmos or DTS:X audio, a Dolby Atmos competitor that provides similar immersive audio effects.

I’m very familiar with Focal speakers, even though the Focal Sib Evo Dolby Atmos Speaker System was new to me. I’ve had Focal Chorus speakers in my own home theater, and they are so good at what they do that I’ve never been tempted to replace them after 15 years of use. Focal makes very well respected tower speakers that can cost many thousands of dollars, as well as bookshelf speakers and even high quality car audio speakers. I wasn’t sure what to expect from a more modest system that promised to deliver surround sound, including Dolby Atmos height effects, for less than $1300.00. That price includes 8 sound sources including a subwoofer.

The trend toward smaller, high quality audio systems was born in Europe, where homes are generally smaller. Many buyers didn’t want to sacrifice quality, so small systems developed quickly in Europe. I lived in England several years, which was my first listen to KEF and other high quality brands that had massive market shares and did very well with smaller speakers as well as tower speakers for larger environments.

Focal recognized that the Focal Sib Evo Dolby Atmos Speaker System would work well in Europe, but also knew instinctively that people in apartments, condos and even customers who had secondary audio video systems in smaller rooms, were also potential customers for smaller high quality systems outside of big cities in Europe.

Atmos systems are stickier to install than a basic 5.1 system, because Atmos-enabled systems usually get ceiling mounted speakers for the height channels. Focal worked hard to eliminate the ceiling installations be having upward firing drivers to give a feeling of height in movies that were mixed for Atmos.

I wasn’t sure what to expect from the Focal Sib Evo Dolby Atmos Speaker System, but it exceeded my expectations in almost every way, doing an excellent job with movies and music. The ‘bounced off the ceiling’ Atmos effect really does work, although it’s not as directional as ceiling mounted speakers. Still, the Focal Sib Evo Dolby Atmos system will please users who don’t want to add ceiling speakers and seek excellent sound in a compact surround speaker offering.

As detailed above, the system consists of two Sib Evo Dolby Atmos Loudspeakers for front left, front right, front height left, and front height right channels; three Sib Evo Satellites for center, left surround, and right surround channels; and a Cub Evo Subwoofer for the low frequencies. The Sib Evo main / Dolby Atmos speakers are a two-way bass-reflex design and feature a 5” Polyflex Woofer and a 3/4” soft dome tweeter. The Sib Evo Satellite speakers are a two-way compact bass-reflex design and feature the same driver complement as the front mains. The Cub Evo subwoofer is an active bass-flex design and features an 8” woofer.

The units I was sent are very smart looking with a glossy black finish. The metal grills can’t be removed, and each speaker has a removable base. Each speaker can be set up horizontally, which I did with the center channel. The Focal logo can be rotated to keep it aligned properly when the speakers are horizontal, which is a thoughtful feature.

I have a stereo setup in that room normally, with KEF LS50 speakers. I looked forward to hearing surround in that room, with the added bonus of Atmos height channels.

Sadly, in the system provided, there were no speaker wires included, so I ran fresh cabling to the surround speakers and used my own shielded RCA cable from receiver to the subwoofer.

Let me pause here and discuss the wiring system on the speakers. It’s not optimum, and I’m being kind here. Instead of binding posts or banana plugs, each speaker has two holes to insert speaker wires. You press a button, insert the wires, and release the button to lock the wires in place. That’s the theory, but in practice it’s a bit of a mess. I inserted one lead and it locked it. Then when I went to insert the second lead, depressing the button again, the first lead popped out. After some colorful language I fiddled my speaker wires in place, but it was no fun. The front left and right speakers double your fun, because there are two buttons and a total of four leads to insert to cover the left, and right speaker, and the height channels separate two leads. If it were my company, I’d rethink this whole process. I’ve seen similar hardware on other audio products, but the speaker holes on the Sib Evo are much smaller than usual, so I added a flashlight and reading glasses to the installation. 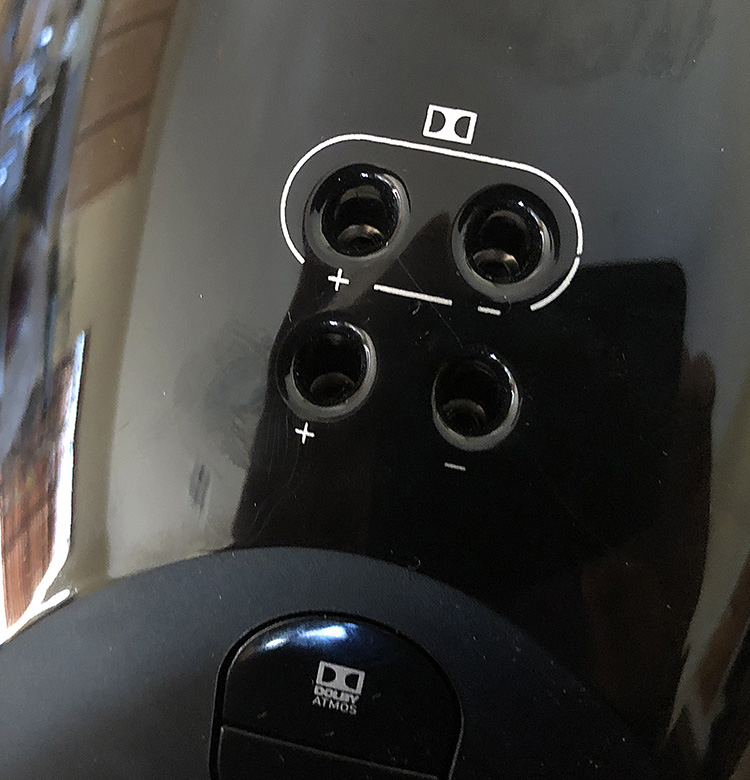 With the speakers in place, I fired up my Denon receiver and ran its automated setup routines, then grabbed some of my favorite movies that offered Atmos tracks and an assortment of music on disc and some high resolution files. Focal suggests the Atmos speakers be 4db higher than the front speakers, and the Denon didn’t set them that way, so I made a manual adjustment.

I had several lengthy sessions with the Focal Sib Evo Dolby Atmos Speaker System. My equipment included a Denon AVR-X2300W Atmos capable receiver. The receiver outputs 95 watts per channel, a good match for these Focals. My source was an Oppo UDP-203 4K disc player. Music was being played back on a Brennan B2 music server (review upcoming) and High Resolution music files were played back from a USB drive attached to the Oppo.

My main listening room was my master bedroom with a slightly angled ceiling, sloping down toward my listening position. I also did some listening in my home theater, but did most of my evaluation in the master bedroom. 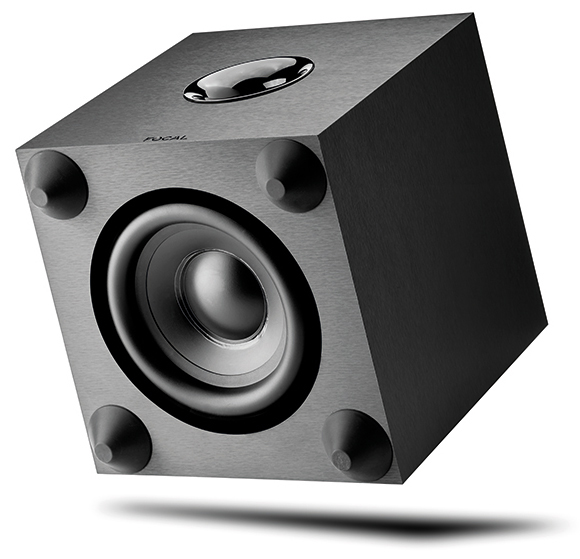 Frankly, I expected a less than impressive presentation from these small speakers, but that wasn’t the case. The sound was room filling, with deeper bass than I expected from such a diminutive subwoofer. Since all the speakers use similar components and have closely matched sonic characteristics, the sound was smooth and immersive. The speakers were very good at impulse response, most obvious when there was percussion sounds or the firing of bullets in a movie. Without regard to the speakers’ size, I thought the sound was excellent and sound effects or music never became congested or distorted.

The Atmos effect from these ceiling aimed speakers was obvious, but it doesn’t completely measure up to the output of ceiling mounted speakers. How could it? That’s not to say that the height channels don’t work. They do. And when the movie mix directed sounds above my head I could clearly hear the effect. When listening to a soundtrack mastered for Atmos, there is a definite sweet spot to get the height effect, and it worked for even two people listening, but I don’t think a person further off axis would get the full immersion. As I moved out of my ideal centered position in the room, the height effect dropped off. That’s more an observation than a criticism, and I should emphasize it’s what I heard in my room acoustics. Other rooms may have a different result.

Still, as I’ve noted, the effect was quite audible, and when I turned the height channels off I could hear the sound field collapse. Focal’s design goal was to provide height effects in movies without the hassle of installing ceiling speakers. I think they achieved that goal nicely.

Here’s some of what I listened to and my specific reactions. 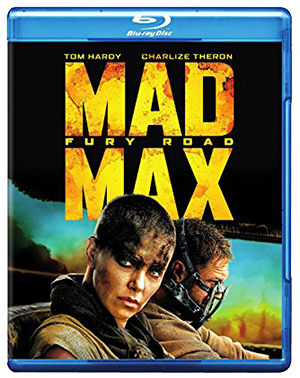 This movie had an engaging soundtrack, with great surround and very obvious use of the surround channels. I watched the Blu-ray presentation. The subwoofer got an extended work out, and some scenes, especially during the car and truck races, showed off the advantage of the height channels by making me feel part of the scene, rather than an observer. 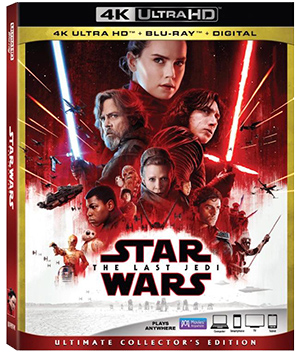 We’re starting to see a regrettable trend of studios offering the Atmos tracks only to UHD discs. I suppose that’s a way to force movie fans into the 4K fold, or maybe real cinema fans already have 4K.

At any rate, this latest Star Wars film looks and sounds great. There were very clear overhead directionality in the space battles, but the height channels were also active in calmer interior scenes where the height channels seemed to provide room ambiance. 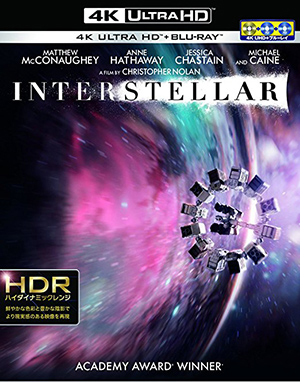 I expected Atmos tracks on this spectacular but controversial movie, but it’s just a DTS-HD Master Audio mix with 5.1 channels. Director Christopher Nolan prefers 5.1, and used it on his other major films like Dunkirk and Inception. Nolan has said publicly he doesn’t like ‘too many channels of audio’. But the sound of Interstellar was terrific, with deep low frequencies and very directional sound. My Denon was trying to synthesize height channels but like all synthesized surrounds it was less than perfect. Nevertheless, the Focals sounded excellent.

I had a feeling the deepest bass wasn’t really present in this rather small subwoofer, and the specs lead me to believe there isn’t much output below 35Hz. So the bass is very good, but not mind blowing the way a big and expensive subwoofer can be. I think in a larger room, the bass would be more obviously restricted. In my room, the bass was surprisingly excellent. 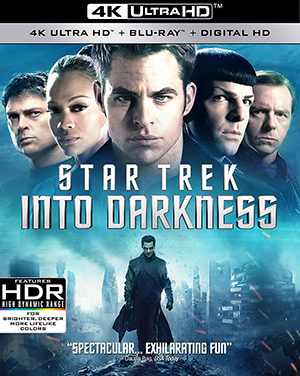 I thought it was worth listening to music in 5.1 mixes, and some 2 channel CDs. The 5.1 music was largely from Telarc SACD releases. 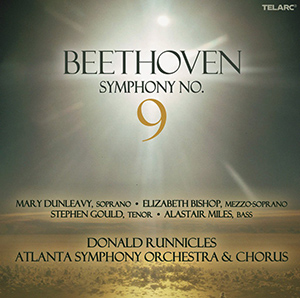 This 5.1 SACD sounded really nice on the Focal Sib Evo Dolby Atmos Speaker System. The chorus was precisely placed. The orchestra was spread nicely between the front 3 speakers, and the surround channels offered hall ambiance. It was all quite realistic. 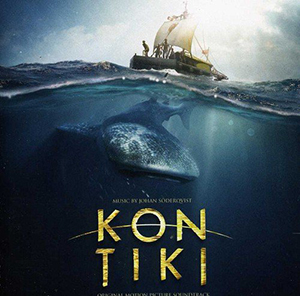 This is the music from the excellent film about the journeys of explorer Thor Heyerdahl. The CD soundtrack is a first rate disc that will thrill audiophiles. It has deep bass, sparkling highs, and a mix of acoustic and electronic instruments. The deep bass came through on the Focal subwoofer, no small victory for such a small device.

The FOCAL SIB EVO DOLBY ATMOW SPEAKER SYSTEM is not designed to fill a large space. It should be installed in a small to medium sized room where this system will shine.