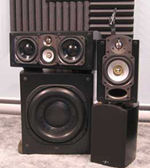 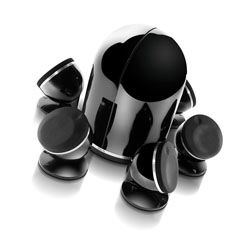 Many loudspeakers today are marketed more for their ability to blend into a space or make an aesthetic statement than to provide high performance.Â  Since they are the most visible AV component after the television, sizes and styles vary as much as colors of the rainbow.Â  With many lifestyle products come compromises in audio quality; not so with the Focal Dome system.Â  Focal has created a compact, stylish loudspeaker that compromises far less than competing products.Â  And they have done so at an attractive price point.

Focal is a French manufacturer well-known for high-end no-compromise designs.Â  They have product lines for the home, professional studio and even your car.Â  With a successful history of high-quality full-sized loudspeakers it was only natural for them to design a lifestyle product.Â  Their goal was to create a speaker that could be easily integrated into existing room designs with a small internal volume and tabletop, stand or wall mount options. 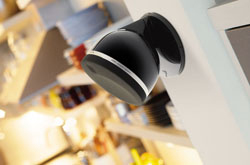 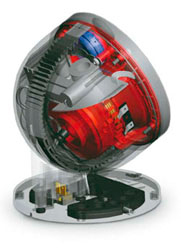 High performance was included in the list of goals.Â  As you can see by the specs, the Domes achieve some pretty impressive numbers while being very small and easy to merge with modern dÃ©cor without attracting attention to themselves.Â  Those numbers translated into excellent sound as you’ll see later.

The photos below show the available colors for both lacquer finish and grill cloth. 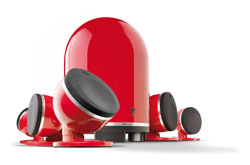 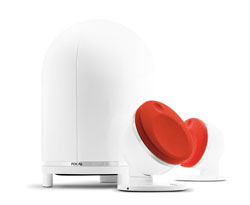 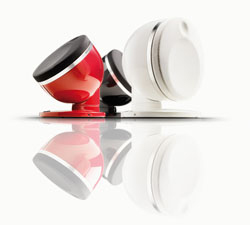 The first thing that impressed me about the Focal Domes was that the entire system came in a box roughly big enough to hold one average-size tower speaker; and that includes the sub!Â  The sub and five accompanying satellites are packed in styrofoam and include wall-mounting hardware and rubber bases if you’re putting them on a shelf or entertainment center.Â  It’s obvious just looking at the speakers that they are designed, engineered and manufactured with the same care and quality as Focal’s more expensive models.

The satellites enclosure is sealed and made from light-weight aluminum with a high-gloss black lacquer finish.Â  They are protected by fabric bags in the packaging.Â  The five-inch mid-bass driver is made from polyglass and is the same one used in Focal’s upscale Chorus series.Â  The tweeter is an aluminum/magnesium alloy inverted-dome design similar to the one used in the more expensive Profile and Electra S models.Â  The base rotates through nearly 90 degrees to allow adjustment of the speakers’ vertical angle.Â  The grill is made from perforated and fabric-covered plastic and is easily removed with a small twist.Â  When I set them up in my theater I simply placed them on top of my Axiom towers and center channel stand with a small amount of toe-in for the mains.Â  The center was angled upward slightly to fire directly at my seat.Â  The surrounds were wall mounted using the included brackets.Â  Thanks to the available angle adjustment I was able to aim the surrounds at the listening position easily.

Wiring was a somewhat unique experience.Â  The Domes don’t have traditional binding posts or spring clips.Â  Instead there are small screw terminals in the base that allow the wire to stay flush or hidden.Â  I was able to get 12-gauge bare wire into them.Â  If your speaker cable is 10-gauge or larger it won’t fit.Â  The wire is held in place with small set screws.Â  In a brilliant touch, Focal includes the necessary allen wrench in the rubber base of each speaker.

The sub is a down-firing ported design with an eight-inch polyglass driver.Â  The port is right next to the driver so it is not visible when the sub is installed.Â  My wife couldn’t resist a Star Wars reference when she first saw it.Â  It does look a bit like a small black R2D2.Â  Amplification is provided by a 100-watt Bash unit with a gain control, crossover range of 50 to 200 Hz, phase switch (0 & 180 degrees) and auto power-on.Â  The only input is an RCA line-level LFE.Â  I placed the sub between my right main and center channel positions near the wall but not near a corner. 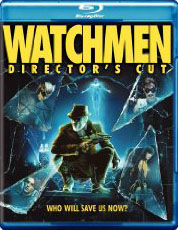 Since I am primarily a movie-watcher, I began my evaluation with a few Blu-rays.Â  The first film I watched was Zack Snyder’s adaptation of the graphic novel Watchmen.Â  I was immediately struck by the extra-large soundstage and wide imaging.Â  High frequency detail was very good though a little laid back compared to my reference Axioms.Â  The sub displayed far more punch than its size would suggest.Â  I was also impressed at how well these speakers disappeared into the room.Â  They do not call attention to themselves sonically.Â  The wide and deep soundfield really displayed the size and space that I saw on the screen.Â  Dialog was firmly anchored to the characters at all times.Â  Dynamic range was expansive and very clean at both the softest and loudest volume levels.

Though I prefer dipole speakers for surround application, the large soundstage of the Focals made for a more diffuse effect than other direct-radiating speakers I’ve tried.Â  Still, a dipole model, if Focal would design one, would be an awesome addition to the line given the high quality of the drivers and enclosures used. 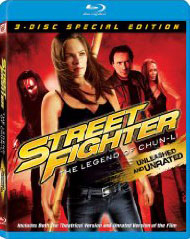 Street Fighter: The Legend of Chun-Li is a fair to average film with an above-average sound track.Â  The well-choreographed fight scenes display an excellent mix of sound effects that match the action.Â  Despite the sub’s small size and sealed cabinet, there was more than enough punch and tactility to be had.Â  Dialog was very clear and vibrant but a bit forward.Â  There seemed to be a small bump in the low-female/high-male voice range.Â  I suspect this was more a function of my room rather than the Focal Domes.Â  The Anthem Room Correction can only do so much.Â  The bass was very clean and responsive at all dynamic levels. 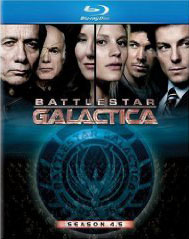 The sound mix for TV shows is typically less dynamic than the average movie soundtrack.Â  Surrounds are used less and LFE effects aren’t as dramatic.Â  The Blu-ray discs of the final ten episodes of the re-imagined Battlestar Galactica (Season 4.5) are presented in DTS-HD Master Audio.Â  While the sound lacks the punch and impact of Watchmen for example, the Focal Domes had no trouble reproducing clear dialog, detailed sound effects and background music with ease.Â  Once again the soundstage was far larger than these tiny speakers would seem to be capable of. 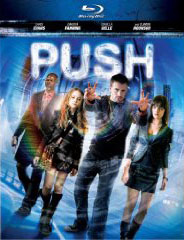 As a fan of the Heroes TV show, I thought I would enjoy Push which has a similar premise of young people with special powers fighting enemies who seek to destroy or control them.Â  While the movie was only fair, I did enjoy the music track.Â  It was mainly comprised of guitar, bass and drums with a smattering of synthesizer effects.Â  These speakers are very musical as I noted during my music listening sessions.Â  Even with sound effects and dialog mixed in, the instruments were clearly located in the soundstage making the movie score very enjoyable.

Throughout all my movie-watching I couldn’t think of a better description for the Domes than â€œlittle but mighty.â€ 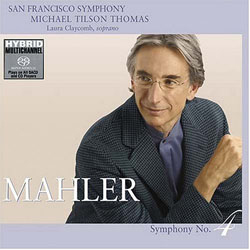 For music listening I used selections from both the Classical and Celtic genres.Â  I started with the Grammy-winning SACDs of the Mahler Symphonies by Michael Tilson Thomas and the San Francisco Symphony.Â  These performances are live recordings where excerpts from multiple concerts are assembled into the finished product.Â  Listening to the Fifth Symphony was like hearing it again for the first time.Â  I immediately noticed details that I had not heard before even through my Etymotic in-ear monitors.Â  For the first time I could actually perceive the rustling of the audience, the page turns of the musicians and even instrument key noise from some of the woodwind players.Â  The location of different brass and woodwind sections was crystal clear not only side to side but front to rear as well.Â  My room is pretty small in size but it grew into Davies Symphony Hall the moment the piece began with its distant trumpet solo.Â  The Focals have a very large soundstage but again I found the highest frequencies to be slightly soft.Â  When listening to massed strings and brass instruments, the sharp edges of the sound are a bit distant compared to the meaty parts of the mid-range.

The two Celtic albums I auditioned were Solas: The Words That Remain and Her Infinite Variety: Celtic Women in Music and Song.Â  Both CDs feature groups that use traditional Celtic instruments with unique names like bouzouki (a long-necked lute) and bodhran (a small shallow drum).Â  Once again vocals sounded clear and detailed with a little distance in the higher octaves.Â  The sounds of hands and sticks hitting percussion and fingers plucking strings were presented very accurately.Â  I like a forward presentation for any type of music and the Focals delivered.Â  As a performer, I like to be enveloped by sound and the Domes created that environment nicely.

I must say I was surprised by the Focal Domes.Â  I have heard really good bookshelf speakers before but nothing this small has impressed me as much.Â  The thoughtful design and quality manufacturing of the Domes really shines through with a wide, deep soundstage and excellent musical accuracy.Â  The sub was a surprise as well.Â  There aren’t too many subs I can pick up and tuck under one arm but this one packs a lot of performance into its 22 pounds.Â  The styling of the Domes is quite appealing as well.Â  They blend into a room nicely and will easily complement modern dÃ©cor.

If you’re looking for a small reasonably-priced surround speaker system that has maximum WAF (Wife Acceptance Factor), sleek styling and impressive sound, the Focal Domes are hard to beat.