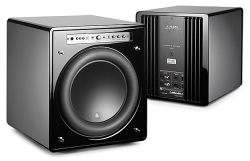 Following Colin Miller’s review of the JL Audio f112 subwoofer, I knew I just had to try one out. So, I contacted JL Audio and asked if I could obtain the f113. They said yes, and a week later, there it was on my driveway.

Well, to start with, this is definitely not an item that you should try to move around by yourself.

Some subwoofers just need a hand cart, and this is one of them.

So, after turning the box upside down, pulling the box off, then putting it on the hand cart and moving it into the lab, I was ready to go.

The f113 uses a driver that is 13.5″ in diameter. The reason for this is that most people want a subwoofer that is not going to take up a lot of space, but yet, still deliver deep bass. That is a big task. The 12″ drivers are OK, 15″ and 18″ drivers too big. So, 13.5″ was chosen as a size that could still fit into a “not too big” enclosure, but give more bass than the conventional 12″ driver.

Well, laws of physics being what they are, 13.5″ is not as capable as conventional 15″ and 18″ drivers, with everything else being the same. So, how to make the 13.5″ driver deliver? Build it with a huge excursion (movement from front to back). And, in fact, I found this driver to be capable of higher excursion than even the 18″ subwoofers I have seen in the past. I couldn’t exactly stick a ruler in there when it was moving, but judging from the blur of the logo, I think it was a little more than 2″ at 20 Hz and full output, continuous.

JL Audio says that the excursion capability for this driver is 4″ peak-to-peak, which would occur during transients, rather than what I obtained during continuous output. Such a large excursion is simply unheard of for a driver less than 15″ in diameter. This, to me, is what you are paying for in the f113 $3,600 price tag. The unit weighs in at 130 pounds, and I suspect the driver is most of that. I mean, for its physical size, this thing is a hunk of stuff.

The amplifier is a switching design and can deliver 2,500 watts RMS on a short term basis. That’s the second thing you need with a reasonably small enclosure and massive driver: a BIG amplifier.

There are lots of features on the f113, all controlled from the front instead of the rear. Some that you won’t find on most other subwoofers include the ability to adjust the low-pass slope (12 dB/octove or 24 dB/octave) and the ability to choose 00 or 1800 polarity plus adjust the phase in between those values. You can also boost the output at 25 Hz or trim it up to 12 dB at 25 Hz (called ELF) to make particular room situations less boomy.

Lastly, a trend these days is having the ability to automatically EQ the subwoofer for your listening position, and the f113 has that feature, called ARO, for Automatic Room Optimization. A microphone is included (see photo below). You simply plug in the mike, push the Calibrate button, sit down and hold the microphone by your head, and wait for the test tones to finish. Once that is done, the Calibrate button will glow with a green light. If it blinks fast, you need to turn down the volume, if it blinks slowly, you need to turn it up, and re-calibrate. 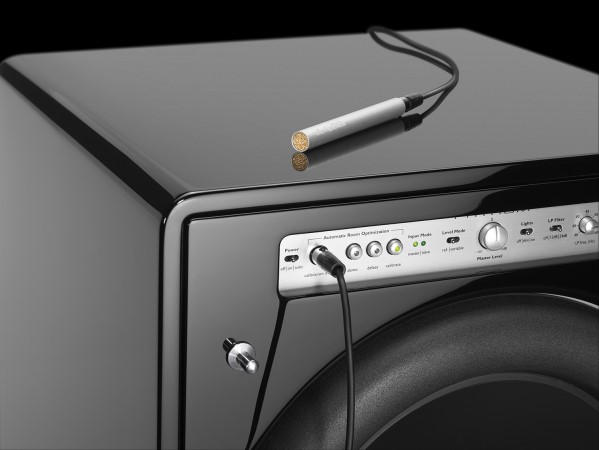 The rear of the enclosure has a large set of heat sinks. I guess they assume you are going to crank this thing up (I qualify as a subwoofer cranker). There are XLR as well as RCA line-level inputs and an XLR slave output so you can drive two or more subs at the same time. You can lift the ground if you are getting hum from one of the other components in your system, but this is only if you are using the RCA input. 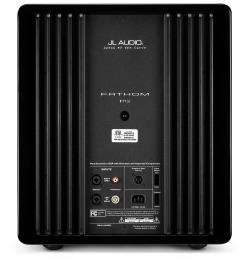 I watched a number of movies with this subwoofer (while reviewing that great Marantz projector of a few weeks ago), and I finally got around to opening the HD-DVDs that I bought at discount when the HD-DVD format was terminated.

One of these is a favorite movie of mine, The Dirty Dozen. It has a lot of fine actors, a great director, and a plot that started a whole bunch of imitators. Even if you have never seen the movie, you can tell from the cover art that this film has plenty of explosive action. I love war movies, and I like to experience the intense bass that goes with the stories. The f113 gave me everything I was expecting. 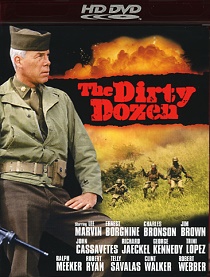 Here is a more modern film, actually three of them, the Matrix Trilogy. It does not seem to be out on Blu-ray yet, but I imagine it will be. It has to be. All three movies are heavy on the action and on the sound, but my favorite is Part III, Revolutions. The scenes where the huge robotic machine guns are destroying all the machines coming in through the ceiling are beyond sensational, and they are a magnificent test for any subwoofer. The JL Audio f113 just sailed through them, unfazed. I can’t say the same thing for myself, as I sat there, stunned by the intensity. I love this stuff. A great subwoofer can deliver a very large percentage of the home theater movie experience. If you like action movies and don’t have a powerful sub, trust me, you are in for a treat when you get one. 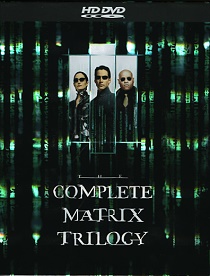 Orchestral music was a cake walk for the f113. It has low distortion, and will reach the depths of musical instruments’ fundamentals (the lowest note on a piano is 28 Hz). The old thing about such and such a subwoofer (or speakers) being good for movies while a different sub is more suited to music, well, that is nonsense. What you want is deep, clean, powerful. That kind of sub will handle anything, and the f113 did that in our lab.

THD+N measurements are within an 80 kHz bandwidth.

Room response measurements indicated a flat response down to 20 Hz up close, and when the microphone was moved farther away, the room effects entered into the picture. That is where the ARO (Automatic Room Optimization) comes into play.

For the ARO test, we placed the microphone 1 meter from the f113 and set 40 Hz to 100 dB. You can see that the calibration reduced the peak area between 20 Hz and 70 Hz. I imagine future iterations of this woofer will include more EQ bands so that the peak just below 20 Hz and the ones at 70 Hz and 90 Hz could be reduced. This would be a four-band PEQ. I use a crossover at 50 Hz because I have large speakers, so one band would be enough for my setup. But, more EQ bands would still be nice.

All in all, superb performance. Something I might expect from a much larger sub.

With no reservation, and by every standard, this is a world class subwoofer. It has massive output, low distortion, and all from a mid-sized enclosure. The price might put some consumers off, but I never heard anyone complain about investing money in a good subwoofer. Save your pennies, and do it.