Up NextMartinLogan Motion Vision X Soundbar Review
With dual built-in subwoofers and an array of “beam drivers,” the YSP-1600 sound bar provides the impression of 5.1-surround sound from a single source.

Using Yamaha’s MusicCast technology, the sound bar can play directly wired to the source TV, via wireless by Wi-Fi or Bluetooth, or in Ethernet streaming mode, making installation a snap.

The YSP-1600 is Yamaha’s upscale, but not top of the line, sound bar. The top of Yamaha’s line is the mighty YSP-5600. But for less than half the price, the YSP-1600 offers many of the same features and much of the same technology.

Now this is a product that I really looked forward to hearing! In addition to being able to serve as an upgraded television speaker (with dual built-in subwoofers), the bar also has a row of eight “beam drivers,” intended to create a true surround-sound experience. The “Digital Sound Projection technology” of the sound bar creates “focused sound beams” by controlling the timing of each beam driver. The technology intends to approximate the experience of either a two-channel stereo or a full 5.1 surround-sound system from a single sound bar.

In 2004, Yamaha produced its first sound bar, the YSP-1. Since then, a dazzling array of sound bars has been engineered and sold. The sound bar is of strong consumer interest in Japan due to the smaller houses that are common there. Yamaha invests heavily in sound bar technology to serve their home market. The rest of the world has the benefit of that research and development. 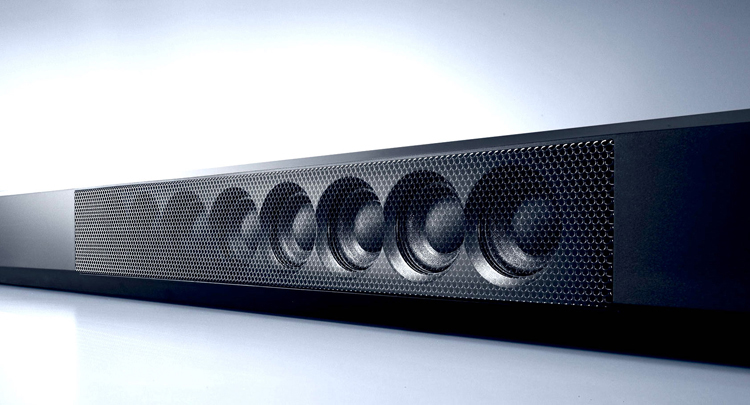 Physically, the bar contains dual 3 and ¼ inch diameter subwoofers (and before you smirk, be advised that they can SERIOUSLY fool you into thinking they’re many times their actual size) and an array of 8 (yes, EIGHT) 1 and 1/8 inch diameter full-range domes (called “beam drivers” by Yamaha).

There are multiple amplifier modules in the bar (totaling 80 watts for faux-five-channel capacity). The “subwoofers” are separately located and powered. Each subwoofer driver has its own, independent 30-watt amplifier.

Inputs and outputs include:

The remote control allows selection of input, DSP mode (Movie, Music, Sports, Game), on-screen setup, subwoofer level, volume/mute and balance. The last one is most interesting. There are three balance buttons corresponding to the listener’s position in relation to the sound bar. With a single press, one can rebalance the sound bar for right, centered or left seating positions.

The remote also has a Clear Voice mode that boosts the dialogue frequency range. Although the remote is plastic, it seems well made and the buttons are large enough to avoid confusion during use.

The YSP-1600 sound bar comes in a well-packed box with sufficiently protective materials to prevent damage. Despite its size, the bar is easy to unpack. Brackets are included for wall mounting, or the bar can sit on a flat surface. Included are the owners’ manual, quick set up guide, remote control with batteries and the bar itself.

The sound bar can connect in a variety of ways. Music streaming can be accomplished by Bluetooth, Wi-Fi (using Yamaha’s WirelessDirect protocol or MusicCast networked Wi-Fi), or Apple AirPlay. The bar also sports DLNA streaming over both its Ethernet and HDMI inputs. I tried the DLNA over Ethernet using JRiver Media Center as a source and the YSP-1600 was automatically recognized by the server and by the iPad JRemote app.

The MusicCast technology is worth additional comment. The YSP-1600 allows wireless streaming to other Yamaha MusicCast speakers. The WX-030 is an example. The destination speakers can be designated to other “rooms” via the Yamaha MusicCast phone/tablet app. The YSP-1600 can then act as a source to allow wireless music at all of the destination speakers. Yamaha makes their own MusicCast controller app for a variety of platforms and it worked flawlessly as well. I ran mine on an iPad, but other iOS and Android phones and tablets are supported too.

So how does the YSP-1600 sound? I’ve heard sound bars that purported to do the surround simulation thing in the past, and came away being profoundly underwhelmed. They really tried, but…

I evaluated this Yamaha bar in several capacities – as a television upgrade speaker, as a stereo replacement speaker and as a stand-alone surround-sound speaker.

As a television upgrade speaker, the bar does well. The variable woofer level allows one to compensate for placement. If the bar is on a shelf or against a wall, the woofers can be adjusted up or down in volume relative to the tweeters to produce a relatively flat frequency response (if that’s what you want – I preferred a slight bass boost).

As a replacement stereo speaker, the differences were greater. I mounted the sound bar on a pair of stands, about two feet away from the back wall. This produced an uneven frequency response, without any pronounced soundstage. The sound seemed to be mostly from the center without a great deal of side fill. The “stereo spread” for audio listening wasn’t too wide either.

But with the bar mounted against the back wall a more interesting stereo sound stage and smoother frequency response was available. This expansion of the listening envelope resulted a center image with greater depth and presence. For stereo music listening, this could be acceptable in a small room all by itself!

Just for giggles, I tried the sound bar (away from the wall, and for stereo listening) with the woofers pointed backwards against the wall (two feet away) and the tweeter array pointed directly downward. Even with this (Bose-style – no direct sound) configuration, the bar sounded nice and clean!

I then tried the bar with surround sound movies. A Yamaha RX-A3050 receiver fed the sound bar via HDMI. As a “faux-surround” speaker, the bar had some surprises up its stylish sleeve! When placed directly against the wall, the bar did, indeed sound as if there were surround speakers in the room. This is the first sound bar that actually fooled me into thinking there were multiple channels present!

I tried the bar with a variety of 5.1 sources and with some audio-only surround SACDs. Although the surround wizardry was often convincing, discrete speakers consistently provided a better tonal balance. But having the line-level subwoofer output allows you to adjust the sound bar balance for best tone, and then adjust your external subwoofer for the bass you want. This versatility is a welcome feature.

Remote control is available via the supplied handset or by Yamaha’s MusicCast app for smartphones and tablets. A feature that really impressed me about the supplied remote is the bottom three buttons that allow the listener to switch side-to-side balance on the fly. The graphic depiction on the remote shows “left wall closer, both walls equidistant, and right wall closer” icons that allow the listener to compensate for the placement of the sound bar in the room. This really does work! For those who must live with listening room asymmetry, the Yamaha sound bar does a good job of balancing the sound, even in less than perfect environments. 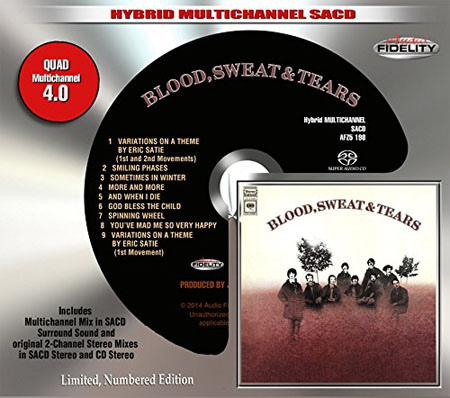 This is one of my favorite albums of all time, and the 5.1 surround version was quite enjoyable when played through the YSP-1600. The surround magic worked well for some tracks, but not all. The same disc offers a high-resolution SACD-Stereo version of this music however, and that is my favorite. Although the YSP-1600 was not able to provide the cleanliness and ease of my dedicated stereo system, it was still acceptable, considering the limitations of sound-bar listening.

The HarmOrgan SACD from 2L11 Audio of Norway: 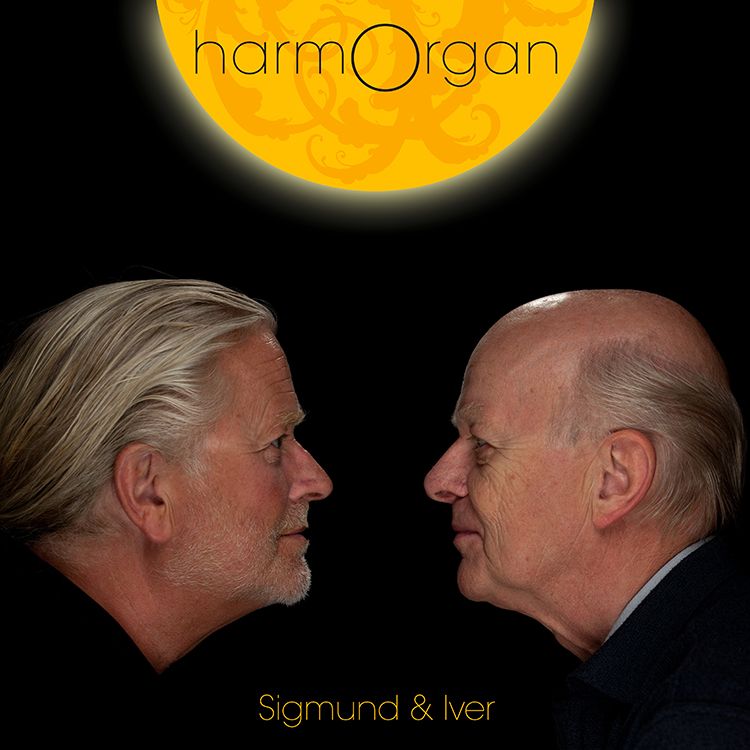 This is another 5.1 SACD audio recording where the YSP-1600 gives a real feeling for the size and shape of the cathedral the music was performed in. The sound bar’s rendition of this disc does give the impression of listening to the instruments in a cathedral. The original acoustic is not as vivid as it would be using discrete speakers, but the sound bar does hint at the echo decay of the actual cathedral. 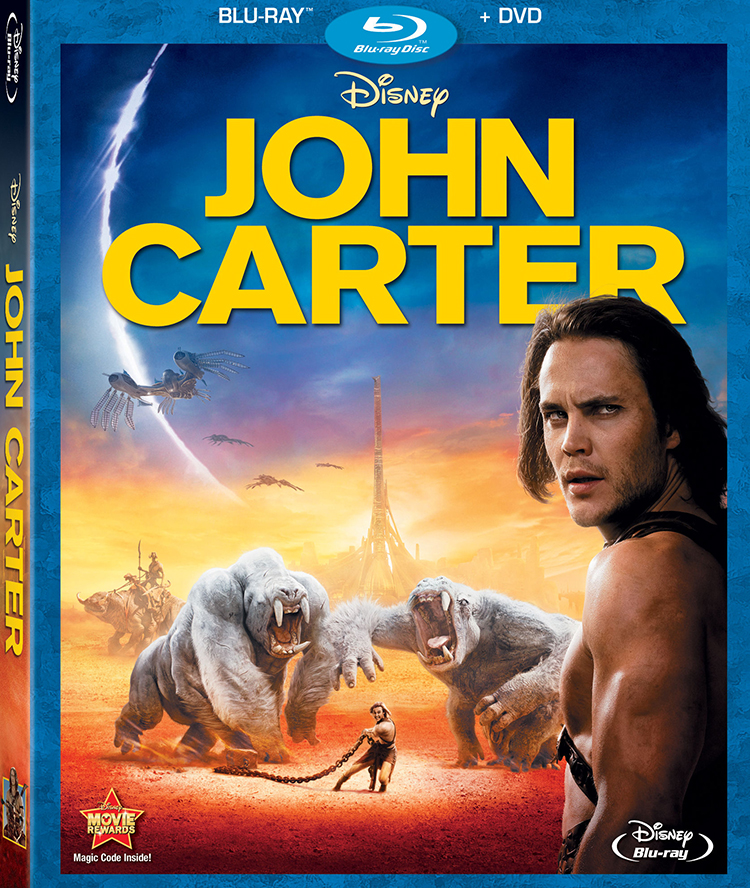 I selected this movie due to its heavy use of computer-generated imagery (CGI) effects and dialogue presented at low volume levels. The large dynamic range between the softer and louder bits taxed the sound bar’s drivers. If dialogue was set loudly enough to be readily intelligible, then the explosions tended to cause distortion in the sound bar’s built-in subwoofers. Using an external sub ameliorated this substantially. 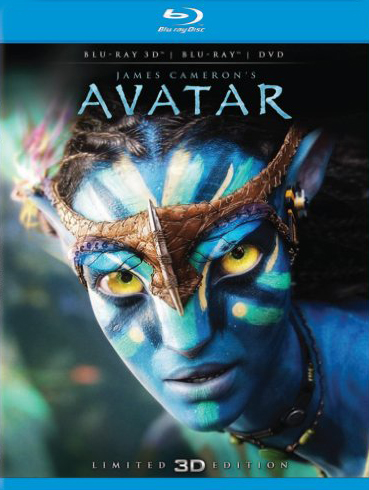 In keeping with the CGI animation theme, I selected Avatar. Here, I was looking for edge artifacts (as I’ve seen on some projectors) due to the rapid motion of on-screen objects. Running the HDMI signal through the sound bar tested its pass-through capabilities. The YSP-1600 passed with flying colors. The video was as clean as I’ve seen for this movie, and even better than what I’ve seen on some commercial digital projectors.

THE YAMAHA YSP-1600 is the Best Sounding Sound Bar in a Small Room.

Is the YSP-1600 worth its cost? It depends on your room size, your budget, and your desire for convincing surround sound. In a small room where multiple surround speakers are not feasible, this sound bar is the best I’ve heard. This sound bar would definitely sound better than a home-theater-in-a-box of the same price.

Although I’ve heard a variety of sound bars in my home now, none of them were good enough to tempt me away from my usual array of discrete speakers. The YSP-1600 however, is the first one that even had a chance. The Yamaha beam-driver array on this sound bar had the most convincing claim to surround sound on a stick that I’ve yet heard. This is a sound bar worth listening to. Even if you’re a die-hard audiophile or home theater enthusiast, the pace of improvement in sound bar technology is steadily increasing, and this YSP-1600 really showcases how much.

The technology available at various price points is steadily becoming more sophisticated, and the Yamaha YSP-1600 is certainly on the leading edge according to my ears. So my ultimate call on this sound bar is an enthusiastic thumbs up! If your home offers only limited space, a sound bar solution may be ideal for you. This Yamaha YSP-1600 does the best faux-surround sound that I’ve heard to date.