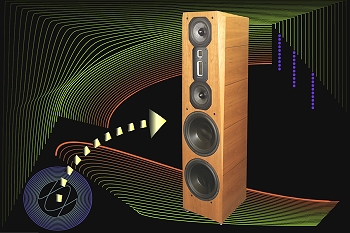 Legacy Audio is well-known in the A/V community. They market speakers of all sizes from bookshelf to huge floor-standers, and they have been around for more than two decades. Their speakers are made in the USA, and since the company was founded in a cabinet-making shop, the quality of the wood finish is a hallmark of their designs. The sound fits the looks, and I have wanted to test a pair for quite a while. Legacy sent me their Focus SE’s, which are floor-standing speakers and are full-range. The SE stands for Silver Edition, and it celebrates Legacy’s 30th anniversary.

In a world where manufacturers are looking to simplify their designs, maintain quality, but keep costs down, Legacy just builds speakers of various sizes, uses the best parts, and lets the price fall where it may. The Focus SE’s, at just under ten grand, are not found in places like Best Buy, but the quality of their sound vs. the price, could make them a best buy, depending on what sort of sound experience you are trying to achieve. I chose the Focus SE’s because they are in the middle of their product line and were the proper size for my living room.

This is a six-driver, four-way design, and that makes them very complex. For example, the woofers don’t simply cross over at 120 Hz, they do it using a 6th order Butterworth filter. This means there is very little overlap between the sound coming from the woofers and the midrange drivers, because a 6th order crossover has a 36 dB/octave slope.

The woodworking is very high quality. Look at the joins on the front corner. It is very complicated to make all of the seams fit together this accurately. 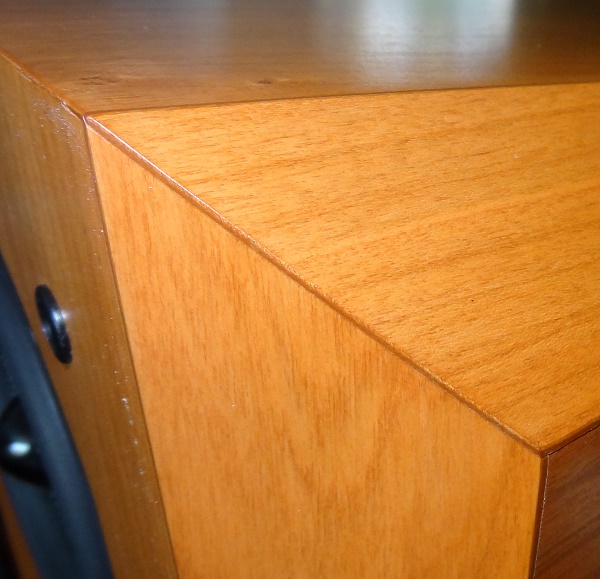 Shown below is a close-up of the entire driver array. You can see the woven fibers of the silver-graphite midrange cones. 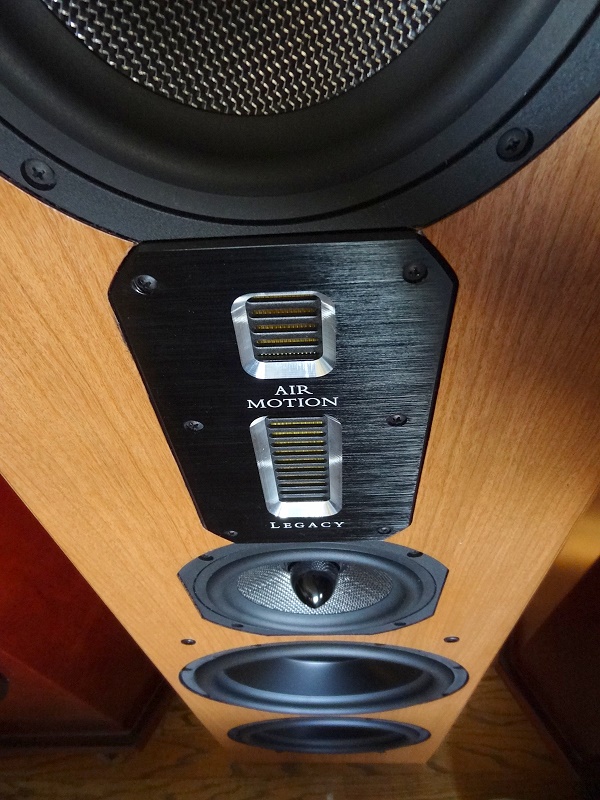 A close-up of the two tweeters illustrates their flat-panel (ribbon) design. The one on top is the super-tweeter. 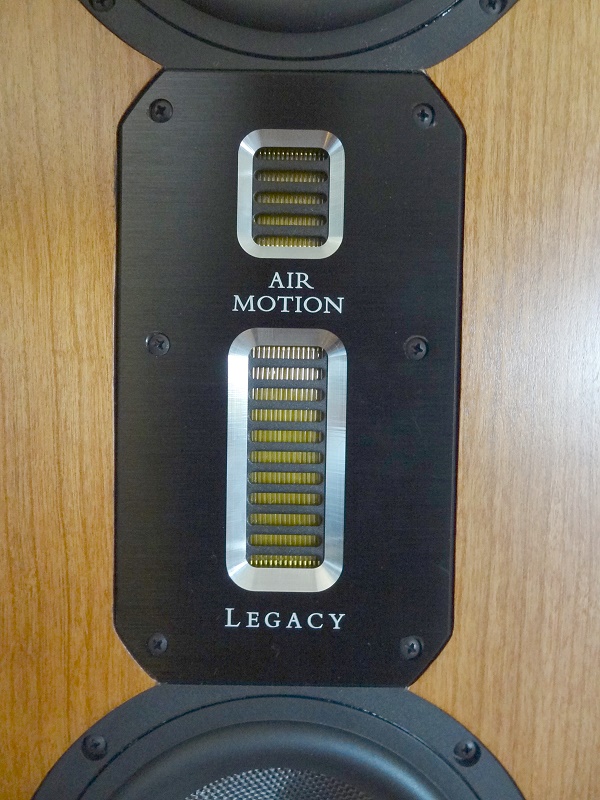 The left and right sides of the enclosure, as well as the top and bottom, are non-parallel surfaces, which reduces standing waves in the enclosure. Two ports on the rear vent the woofers. The other drivers have their own enclosure within the main enclosure and are sealed off from the woofers.

The binding posts are set up for bi-wiring or bi-amping, with four posts and jumpers, shown below. The wood in the photo is one of their exotic finishes and adds about $1,000 to the base price. My review pair were in natural cherry, shown in the photo on Page 1 of this review. Notice that there are two trim toggles, to reduce the high or low frequencies by 2 dB, in case you prefer a sound with less brightness or deep bass. I liked them with the treble trimmed, but the bass left in the standard position (no trim). 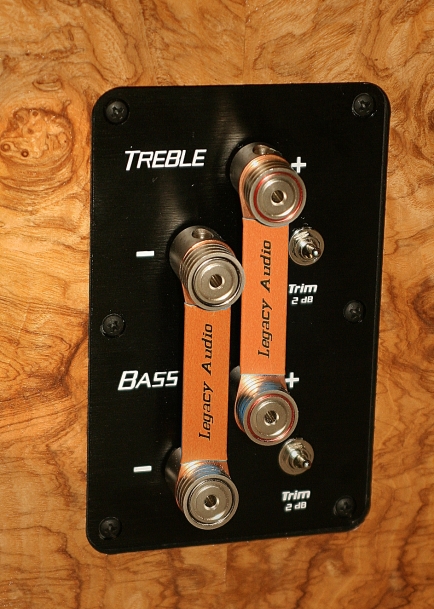 When we were in Rekjavic, Iceland, on vacation, we heard a beautiful female voice playing as background music in a local shop. I asked the manager who it was, and she said, “Haley Westerna”, and the album was Pure. Her ability to hit high notes, and I mean really high, rivals Celine Dion. In fact, I’m not sure Dion could hit some of the notes that Westerna does, and on this particular album, the tracks “Benedictus” and “Dark Waltz” are simply astonishing. Listening to them on the Focus was mesmerizing, and when she hit those sky high notes, I knew the album was named appropriately. The sound was smooth, and just seemed to sail across the room like a silk scarf in a breeze to my ears. 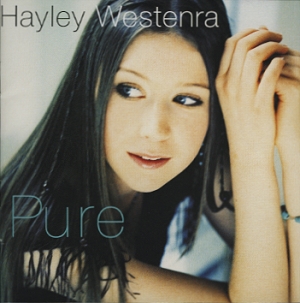 Michal Buble’s album, Call Me Irresponsible, is an obvious tribute to Frank Sinatra, and many of his fans consider his voice to be very much like Sinatra’s, but I disagree. There is no one who could be another Sinatra, just like there will never be another Buddy Rich. Nevertheless, the album is very good, with a male voice that is at least four octaves lower than Westerna’s high notes. I felt very much at home with the sound. It was comfortable, and like Westerna, smooth, but smooth as Russian vodka cooled to 320 F, rather than a silk scarf. 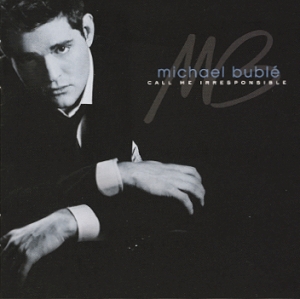 When one thinks of string quartets, chamber music without a distinct melody that distracts you, comes to mind. This was the case for string quartet music of the Baroque era. But Tchaikovsky’s string quartets, such as this DSD recording, String Quartet No. 3, Op. 30 (Praga Digitals 7 94881-76266-8) are much different. They sound like string quartets that have more of a symphonic nature, with a definite melody. It takes some getting used to, if you are a fan of string quartets from the Baroque era, as I am. Notwithstanding, I thoroughly enjoyed the tracks on this disc. The strings all remained quite distinct, without any harshness, and the tonality was completely neutral. 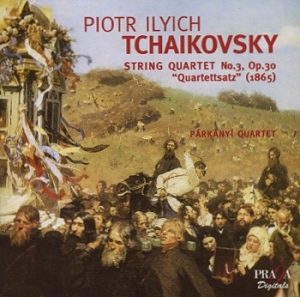 The trouble with Satellite radio is that I get several classical music channels, and I keep a notebook nearby when I hear something that I want to purchase. The notebook became full very quickly, and my collection grew in return. When I heard Mendelssohn’s Konzert für Violine und Orchester e-moll, Op. 64 (Violin Concerto for Violin in E Minor), the notebook came out, and the Amazon shipping envelope was on my doorstep a few days later.

The concerto is extraordinary, and the soloist played beautifully. The Legacy Focus SE’s did their part in reproducing the music which transported me to the land beyond, beyond. The orchestra had intense, detailed sound from the highs to the lows, and again, no harshness with the strings, no boominess or chesty bass. I cranked this one up pretty loud, and it was no problem for these 128 pound tigers in cherry wood. 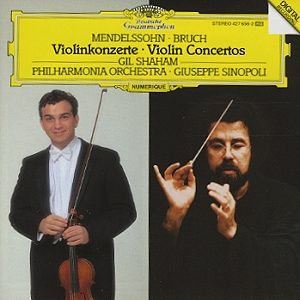 Distortion measurements were made within a 48 kHz bandwidth. The microphone was placed 1 foot from the speakers, except where noted, and pointed in between the respective pairs of drivers (tweeters, midrange, and woofers).

At 20 Hz, distortion was at 10%, which is acceptable in some bench test arenas. It would be nice to have it closer to 5%, but really, full-range speakers just don’t have the enclosure size to allow major deep bass output at low distortion. This is why a high quality (big) subwoofer is good to put in your audio system, even if you have full-range speakers like these.

At 5 kHz (midrange drivers), distortion was less than 0.5%, which is excellent performance.

The room frequency response was measured at 3 meters and 90 dB of white noise. The response was reasonably flat taking into account that there were room effects.

This is the first time I have listened to Legacy speakers in my own home, and I can say with full conscience, that they are truly amazing. Power, but details handled delicately, yet with authority. They are beautiful speakers to look at too, and my living room took to them very nicely. The light brown wood finish blended with the Williamsburg blue walls, which shook occasionally with the deep bass capability of two 12″ woofers playing such works as Copland’s Fanfare for the Common Man. The Legacy Focus SE’s have my definite recommendation.