It is not a high-end monitor, and is not priced like one. It’s going to please people looking for a low-cost speaker with better than decent quality. 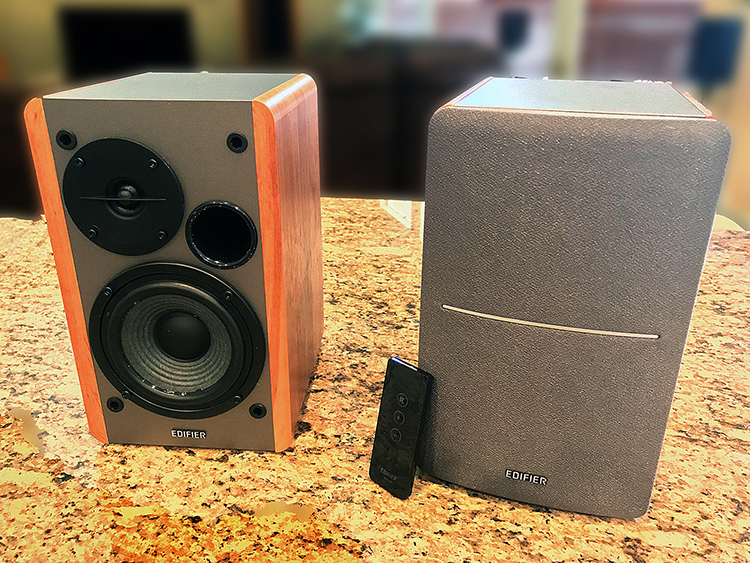 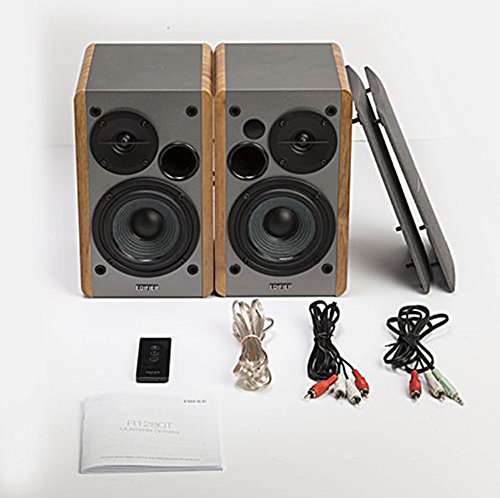 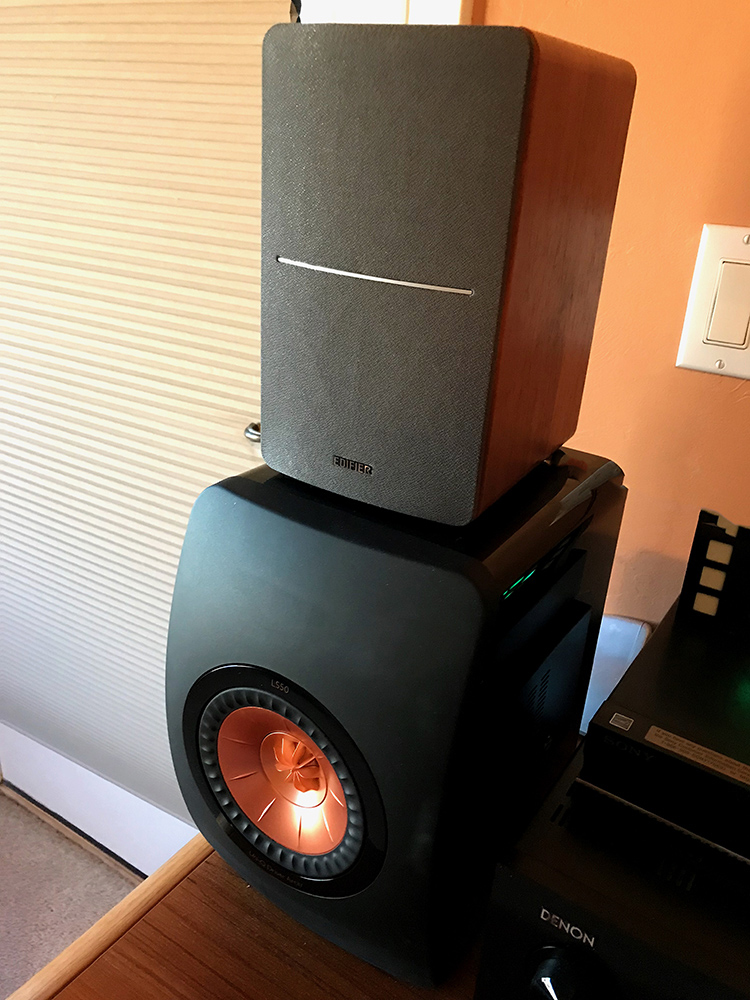 The Edifier RT1280T was a pleasant surprise for such a low-cost speaker. I used it in my medium sized bedroom to temporarily replace a pair of KEF LS-50 speakers, costing 15 times the Edifier. If reviews from retailers like Amazon are to be believed, the speakers are a hit with users, who uniformly praise the sound and the low price. You might be asking, “Who are these Edifier guys anyway?” Actually, the China based company has been around for more than 20 years, and they have more than 3,000 employees serving 70 countries including ding the U.S. Edifier was founded by music lovers, and their goal is to produce well performing products in several price ranges that are well designed and attractive to look at. I think that has been achieved in these little Edifier RT 1280T bookshelf speakers.

For a powered speaker pair under a hundred dollars the Edifier 1280T speakers look very nice and would fit into most office or home decors. Their small size will be unobtrusive on a desktop or a bookshelf. The two speakers weigh just short of 11 pounds, which indicates some heft to the magnet structure and bracing of the case. The speaker grills can be removed for a more ‘techie’ look, exposing the tweeter, subwoofer and bass port. The grilles are a medium gray and the simulated vinyl wood finish looks a bit like light teak. 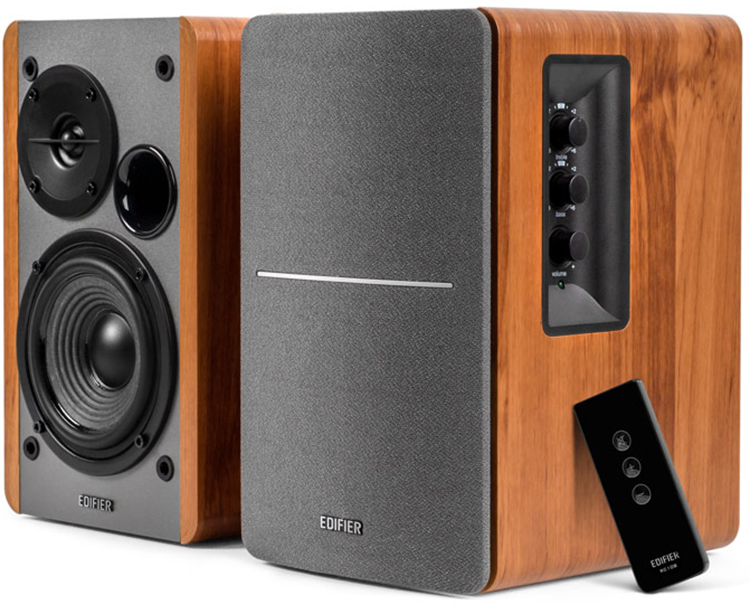 On the right side of the right speaker are controls for volume, bass and treble. The power switch is on the rear of the speaker along with the dual inputs, and speaker connectors. The Edifier 1280T bookshelf speakers are magnetically shielded to prevent interfering with a TV picture.

The right speaker contains the power amplifier for the pair. It’s rated at 21 watts per channel, but there is no specificity about how that wattage ratings are determined.

The remote provides a volume control and a mute button, but no control for power on/off which must be done from the back of the right speaker.

Getting up and running did not require using the manual, although a clearly written manual is supplied. Once the two speakers are out of the box, the right speaker is plugged in to power. Edifier supplies an 8-foot speaker cable to connect the left speaker. Packaged with two cables, one a standard RCA stereo pair and the other with a stereo pair on one end and a 3.5 mm plug to connect to a cell phone, computer or other appropriately equipped device. The speaker wire should be sufficient for most installations. Any longer speaker wire could replace it if you needed, but if the speakers too widely separated, may degrade the stereo image. 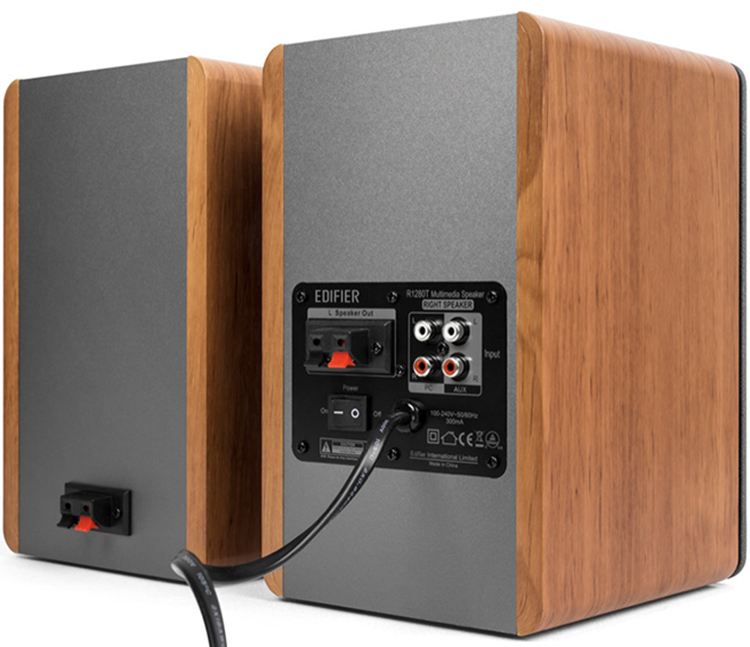 There are 2 inputs on the back of the right speaker and oddly, there is no switching between them. The Edifier R1280T will play whatever device is attached and if you have two devices plugged in and both are playing, you will hear both sources. 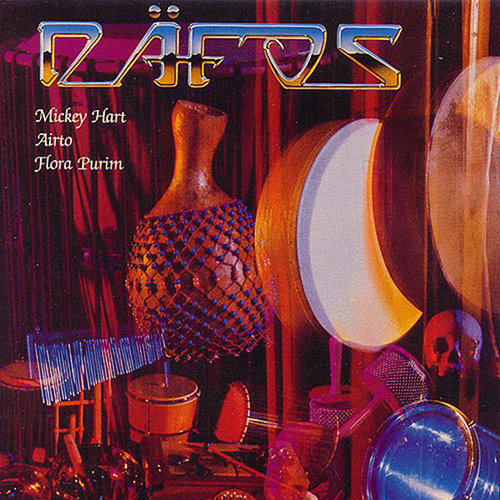 I spent several days listening to TV audio through the Edifiers, and listened to many varieties of music, from Rock, Jazz, Classical and some movie soundtracks. I purposely included some content with deep bass to see how these little speakers would do. Often bookshelf speakers require a subwoofer for the best presentation of bass, but I wanted to listen to these speakers as they are sold.

This CD from Rykos is one of the great test discs, with a release date of 1994. Want to hear some deep bass? This is the disc for you. Listening to the Edifier 1280T speakers, I was surprised how the little 4 inch woofer could produce listenable bass. It’s not breathtaking, and it didn’t punch me in the gut, but it wasn’t embarrassing either. If I drove the amplifier to the highest volumes, the bass became congested and I could hear the little woofer straining, but at moderate volumes, the sound was passable and pleasant. 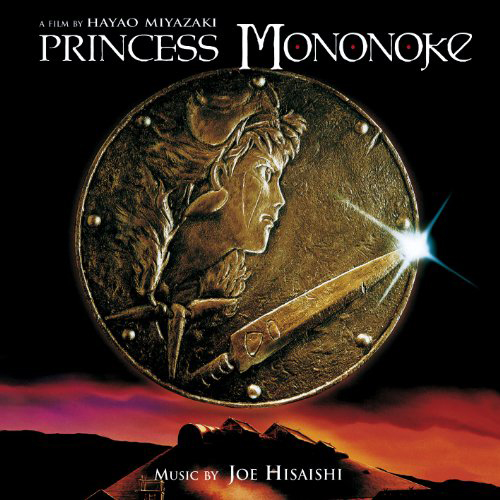 For the pure sounds of strings, percussion and a massed chorus, I’m always happy to listen to this CD. It has great dynamics, and I think a large chorus is a great test of a speaker in terms of imaging and coherence. The Edifier 1280T pair did quite well with this disc, again if the volume was not near the top.

The CD has a very complex combination of sounds. The strings sounded natural and the chorus stretched nicely between the speakers creating a lifelike image. I did hear some blurring in the midrange, which was not audible on the KEFs. 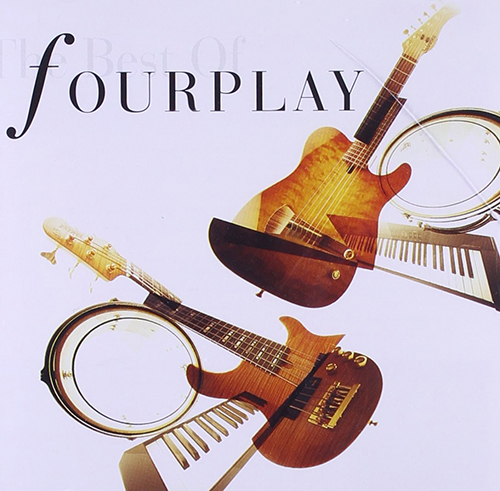 Fourplay “The Best of Fourplay”

Released in 1997, it’s another great reference disc. There is low string bass for testing the lower frequencies, and complex jazz harmonies and counterpoint. Each track has something to offer musically and audiophiles love this disc for the excellent sound.

The Edifier speakers did a nice job with these tracks, which I found a positive accomplishment. Of course, the lowest octaves of bass were not present, and the midrage could sound muddy at louder volumes, but still good for such an inexpensive speaker. 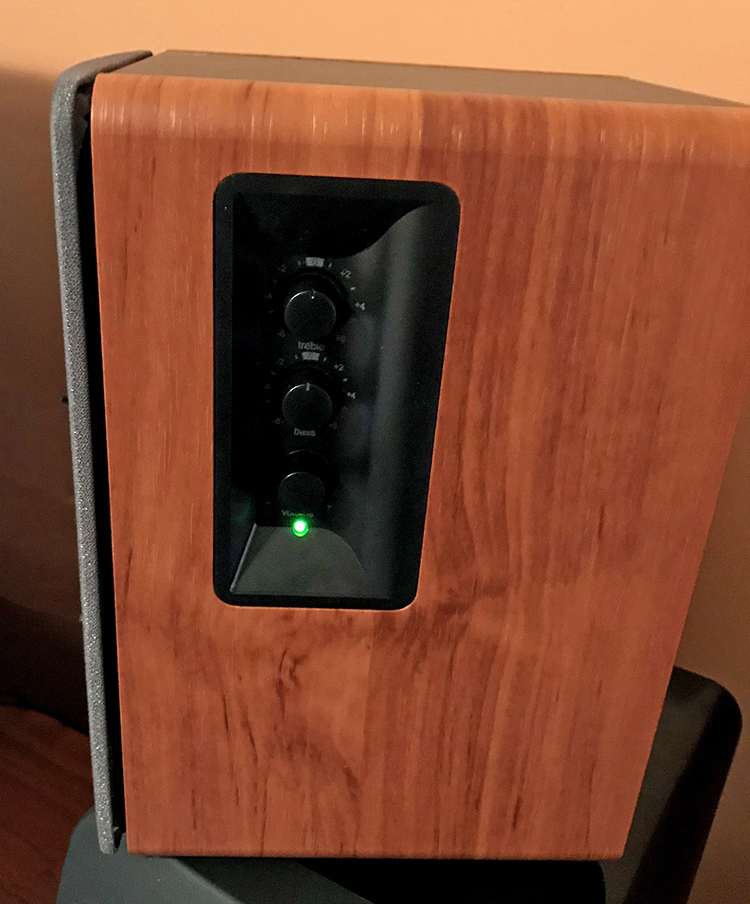 THE EDIFIER RT1280T has gone about as far as one can go with a hundred dollar set of speakers, and I think they have exceeded the price point in quality and styling.

I had low expectations for this little pair of speakers, but I found them a pleasant listen. Compared to my expensive KEFs it was no contest, especially at the frequency extremes, and the KEFs are passive speakers and I was driving them with a solid 100 watt per channel amp.

I also compared them with my prized Emotiva Airmotive 4 desktop speakers which I use as monitors on my Mac Pro. They listed at about 4 times the price of the Edifiers, and not surprisingly, the Emotiva speakers have better drivers, deeper bass, and a clean ribbon tweeter that does better on things like violins and cymbals. I also borrowed a set of Bose Companion 2 Series III Multimedia Speakers. Though designed specifically as computer speakers, they are the same price as the Edifier speakers, and the Edifier speakers are also designed to be used as computer speakers. I thought the Edifiers had a better low end while the Bose seemed a bit better on the high end. If I had to choose only one for music listening the Edifier 1280Ts would be my choice over the Bose.

I do have a couple of nits to pick. The green power on light is on the side of the speaker. If the Edifier 1280T is placed normally on a cabinet or bookshelf that light is going to be invisible, which defeats its purpose. For people who don’t want a bright light, there could be a dimmer, but my preference would be for the light to be visible.

The included remote will not turn the built-in power amplifiers on and off, which means you’re going to have to reach around back to turn this on and off. It doesn’t seem like a very sensible design. In addition, the volume control continually rotates, so it’s hard to tell where you are in the volume range. It should have hard stops at both ends.

Those issues aren’t show-stoppers in my mind. The speaker sounds quite good, and it looks good too, with a thoughtful design and a sturdy build quality. You can knock on the sides of the speakers and you don’t hear resonances.