Up NextArcam AVR550 AV Receiver Review
Over the years Yamaha has manufactured everything from motorcycles to pianos. And now they’re selling a line of integrated amplifiers to meet the needs of those who want to listen to music wirelessly or with portable digital audio.

The Yamaha R-N303 features connectivity with AirPlay®, Bluetooth®, Ethernet, Wi-Fi®, Wireless Direct, and a phono stage. So you should, in theory, be able to play music from pretty much any source. I put all of those to the test with the R-N303 for this review.

Bluetooth® and WiFi connectivity via Apple AirPlay and MusicCast

That’s quite a list of promises, especially for an integrated amplifier selling for $349. I use AirPlay®, Bluetooth®, Ethernet, Wi-Fi® in my house, and turntables. I have begun integrating the R-N303 into my home with a few budget source components to see how it delivers on these promises. I intended to determine what kind of sound quality I could achieve with a system built around the R-N303 and budget components. I also set out to test its wireless capabilities.

With an its all-black chassis, the R-N303 has a utilitarian look to it; of course, at this price point, you can’t expect too much. You interact with it with two rotary dials and nine buttons. The volume dial has a satisfying heaviness to it when you adjust it, but the Select dial, which you can move left-to-right and push in, does feel somewhat flimsy. When you push in the Select dial, the receiver’s front metal skin flexes. But it weighs sixteen pounds, which lets you know that it has some decent metal under its skin.

I straddle both sides of the HiFi fence. Most of my audio hardware was built in the 1970s, back when the very idea of playing without wires, let alone holding a conversation over a telephone without a cord, was the stuff of science fiction. But here we are on the 2010s, and the ever-expanding portion of the universe of music listening has moved away from copper wiring toward the air waves.

My house is built within an Apple, Inc. ecosphere. Most of the computers and portables used for entertainment in my house are Apple products. I have been involved in computer support since 1989 and have held four Apple, Inc. certifications. But when I get home from work I’m not too keen on spending my precious free time trying to get computers and portable devices to work. And if I have to do it, it had better be easy and intuitive. So, at first, I set out to set up the Yamaha R-N303 in my bedroom with some entry-level components and get it playing nicely with my existing network infrastructure.

So first, I did some listening the old-fashioned way, by connecting some old-school physical components to the Yamaha with wires. I connected my trusty Technics SL-1200MK2 turntable, Pioneer SP-BS41 speakers, which retailed for around $120US, and a Sony DVP-NS300 DVD player I bought at a garage sale for $10 about a decade ago. I used BlueJeans speaker cables, some silver RCA interconnects, and a coax digital cable to tie it all together.

First, I connected the Sony DVD player to the Yamaha with both RCA and coax digital cables; it’s nice that the Yamaha has that option. So in went a CD and the reviewing began. Switching between RCA and coax did reveal a difference. The sound through the coax was more open and sharp than the RCA cables. Blame it on cables, the time of day, or the recording, but the sound from the coax input was more fun than that from the RCA.

The Yamaha did have enough power on tap to get the Pioneer speakers engaged; there was plenty enough volume and heft to fill my bedroom with music without it getting too boomy. While the Yamaha did not reproduce much, if any, of the air and soundstage available in the recordings, it did put out enough power to make the reproduction sound engaging. Which is more than you could ask for from a receiver you’d put in an apartment or dorm room. 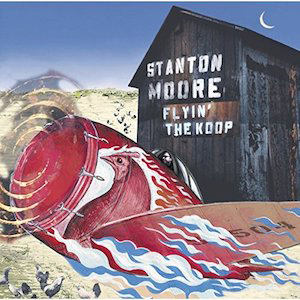 Running them with the tone controls defeated they kicked out the jams with Stanton Moore’s “Flying the Koop” on CD. This is a monster funk recording with Stanton’s drums right in front of the mix, and the Yamaha kept up with the rhythm. Bumping up the bass and treble just a hair added some extra energy to the music without it getting too tizzy, but bumping the bass and treble too high brought distortion to the volume.

Saxophones and both acoustic and electric bass feature heavily in this music and the Yamaha did a pretty good job portraying timbre properly. There wasn’t much of the air around the instruments or recording space to be heard, however. But the system made me miss catching a funky brass band in the sweaty Maple Leaf Bar with an Abita beer in my hand in my native New Orleans, and there ain’t nothing wrong with that. I mean it done brought the funk.

I then auditioned the Yamaha with my Shure SRH840 headphones. I noticed that the Yamaha will disable its speakers if there are headphones plugged in, which is a nice touch. The Yamaha made enough power to drive the Shure headphones, and I spent quite a few hours getting lost in the music with my cans on. Tiny pet peeve: I often like to listen to music on headphones in total darkness. Even though the R-N303’s remote will let you dim its LED display, you cannot dim its amber power light.

The Yamaha R-N303 gives you quite a few ways to play music wirelessly. You can choose either Bluetooth® or WiFi (or Ethernet, if you want to forgo wireless altogether), and from there choose which software and source you’ll use to play your music. The manual included with the receiver covers this well and I encourage you to download and read it from Yamaha’s web site.

I keep a library of FLAC files on my iMac which I play on my network with Plex through the DLNA (Digital Living Network Alliance) protocol. As an aside, using Plex to configure a computer to play music over the DLNA protocol couldn’t be easier: install Plex, point it at a directory or two where you store your music, or movie, or picture, files, and you’re on your way. Then any device you have that can recognize DLNA servers will see your stuff and you can play it over that device. My Oppo BDP-105 and UDP-205 will see DLNA servers, and both of my Apple TVs can run Plex, so it’s pretty much set-it and forget-it.

Before I tried to use the R-N303 via Bluetooth®, I ensured the unit’s wireless antenna on the back was pointed upward to get the best possible reception. It was fairly straightforward to get an iPhone or iPad to play music over the Yamaha via Bluetooth®. The sound quality did not suffer when played that way.

The face of the unit includes a two-line LED readout. In order to get the unit to join a network you must interact with the unit’s software with the remote control with output displayed on that two-line LED readout. As you can imagine, that presents a bit of a challenge. I actually renamed one of my WiFi networks to a single character, and gave it an extremely simple password, just to simplify the configuration of the Yamaha. While I strongly recommend against using a weak password with anything on the Internet nowadays, I gave up on trying to enter a complicated ten-character password into the Yamaha. There’s just only so much clicking on a remote I want to do in order to play some music.

But I did manage to get the R-N303 configured to play music via Bluetooth® on my iPad Air 2. Signal strength was good and sound quality did not suffer as I walked the iPad around the house.

Up next was getting it logged into one of the WiFi networks in my house. The R-N303 will only link to a WiFi network on the 2.4Ghz frequency, which is what it also uses for Bluetooth®. I could not find mention of this in the Wi-Fi setup instructions, oddly enough, but only in the Bluetooth® section. Regardless, the R-N303 worked just fine after logged in to the 2.4Ghz Wi-Fi network. 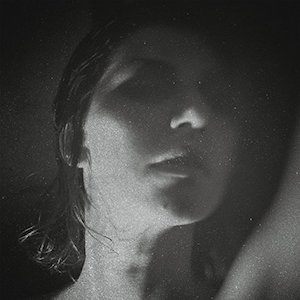 For my listening with these tests I chose the latest album from New Zealander singer-songwriter Aldous Harding. It’s titled “Party” and it’s the first of her recent multi-album deal with 4AD records. Harding’s voice control and dynamic range are exceptional, as is the amount of emotional intimacy she portrays in her singing. The recording’s soundstage is very open and wide, with lots of air between instruments and very good timbre representation.

It’s very much like some of Steve Albini’s quieter recordings for artists such as Low or Rachel’s. I’ve heard my Harding recordings played back in a series of systems, ranging from the one I’m writing about to others in the mid-five-figure price range. The speed with which Harding can swing between octaves when singing present a real challenge to a playback system, so “Party” has become one of my new reference recordings.

The Yamaha R-N303 did manage to not disintegrate under the challenge of Harding’s singing, which is no small feat. Streaming over Bluetooth® and WiFi from my iPad, the music was portrayed with coherence and met the dynamic punch of Harding’s vocals. Again, I didn’t hear any of the imaging of the room and the air around the instruments that I know are in this recording, but this wasn’t a particularly fair challenge for this receiver. But as it stands, it did an admirable job.

If you’re looking to build a sound system in a bedroom, dorm room, party room, or even a starter system for a young person in your family, I would seriously consider the YAMAHA R-N303. The YAMAHA RECEIVER delivers enough wireless playback capability to make it versatile and future-proof. And you can listen to vinyl through headphones with it as well.

The Yamaha R-N303 is a versatile, future-proof receiver that delivers more functionality than I’d expect for its $349 price. While it was occasionally difficult to get it logged into wireless networks, this is due mostly to the challenge presented by its two-line LED display. But when it was attached it played music reliably. The sound was fun and engaging, and its build quality and software lead me to believe it’ll provide many years of enjoyment.