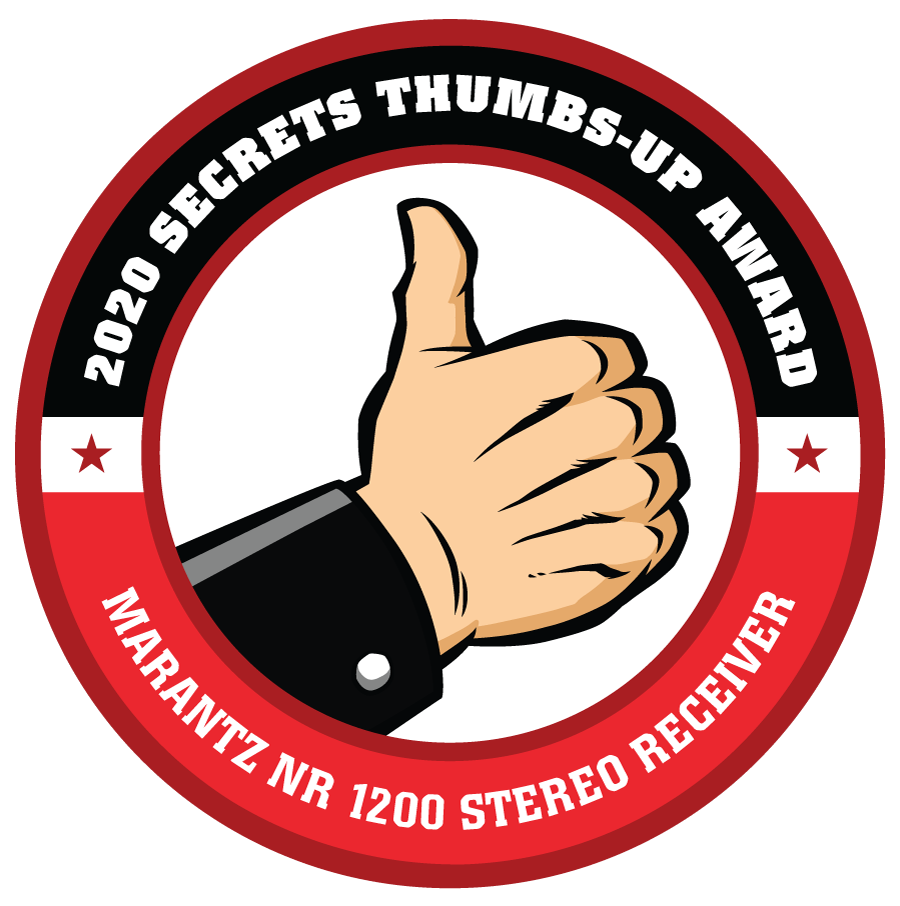 The Marantz NR1200 is a useful, feature-laden 2 channel receiver that is designed for music streaming as well as video integration.

Potential customers will need very little else for a system since the Marantz NR1200 features built-in Wi-Fi, Bluetooth connectivity, a very good D to A converter, a phono stage for a turntable, and an AM/FM tuner. The Marantz NR1200 also has outputs for an external amp and subwoofers.

So now comes a new generation of Marantz receivers, designed for today’s market. Much has changed from the 1970s, but the commitment to excellence by the Marantz company has not changed. Marantz touts the attention to detail. Will this feature-laden 2 channel receiver revive memories of past Marantz glory? My heart says, “I hope so”. My ears and mind will need to search for the answer.

The Marantz NR1200 is designed for easy integration into any audio/video system. For video, the Marantz NR1200 has five HDMI inputs and 1 HDMI monitor output with ARC capability. The HDMI for the Marantz NR1200 will support HDCP 2.3, 4K UHD 60hz video, 4:4:4 Pure Color sub-sampling, HLG, HDR10, 21:9 video, 3D and BT.2020 pass-through. As a plus, the HDMI inputs automatically re-name themselves on the Marantz display with the information provided by the source. Gamers with Xbox players will be able to use the ALLM feature with TV’s that support ALLM (Auto Low Latency Mode) If you have a Smart TV, you can set up the TV remote to control the Marantz NR1200, too.

The built-in DAC of the Marantz NR1200 will decode ALAC, FLAC, and WAV lossless digital files up to a rate of 24bit/192 kHz. DSD in 2.8 MHz and 5.6MHz recordings can also be used with the Marantz NR1200. The Marantz even has a USB port on its front panel. Voice control is supported by leading agents and streaming services like Amazon Alexa, Google Assistant, and Apple Siri. Digital inputs on the back panel include Coaxial and Optical, as well as a network jack.

If you own Bluetooth headphones, the Marantz NR1200 will transmit to the device for a wireless listening experience. Bluetooth is also available for mobile devices to take advantage of steaming wireless content from providers like Spotify, Pandora, Tidal, etc. The Marantz NR1200 also features built-in HEOS for music streaming, too.

During the review period, I received word that the legendary Marantz audio engineer, Ken Ishiwata, had passed away. He was mourned by the Audio Industry for his dedication to audio excellence. His guidance and passion are seen and heard in all Marantz products. The Marantz NR1200, like the higher priced Marantz products, is designed for highly musical performance through careful listening and selection of the circuit design and individual components. Ken Ishiwata’s influence, like that of Saul Marantz decades ago, makes the Marantz NR1200 less of an audio appliance and more like a musical instrument that transports the listener closer to the source. 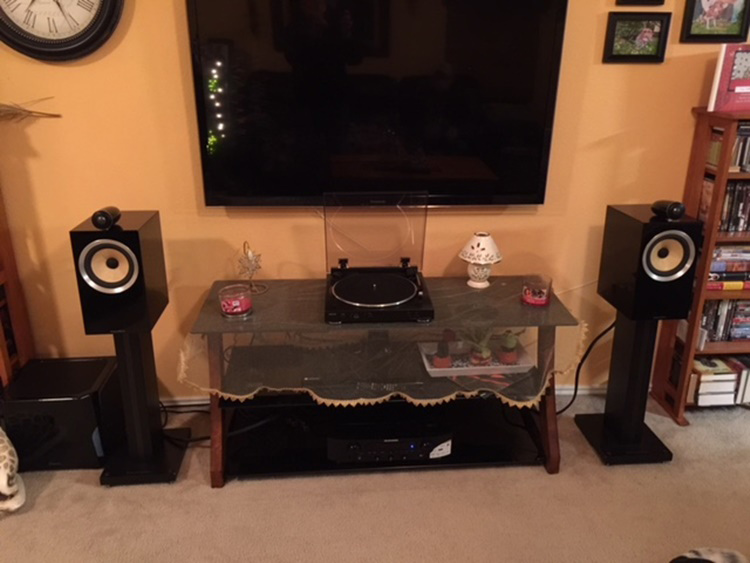 I installed the Marantz NR1200 in my audio/video system in my living room area. This is a decent-sized room and I have a wall-mounted 55” LED TV for viewing video. My primary source has been by Amazon Prime through the Amazon Fire Stick I installed over a year ago. The sound system is a 2.1 system comprising the B&W CM6 monitors on their dedicated stands (filled with kitty litter) and a Golden Ear Super Sub X for the extreme bottom.

Set up was easy as the Marantz has outputs for a subwoofer and a Toslink digital input for source from the TV. The Marantz NR 1200 has ethernet input for direct connection to a modem or router, as well as wi-fi, and Bluetooth connectivity for the user as mentioned before. I also connected the HDMI cable to the Marantz NR 1200 (the ARC input on your TV can also be used to send an audio signal) and followed the onscreen prompting to set the Marantz receiver up to the system. I recommend using the Marantz installation set up menu because not only is it well done, but it will ensure that your speakers (and sub, if you have one) will be set up properly and it takes you through your Wi-Fi set up. 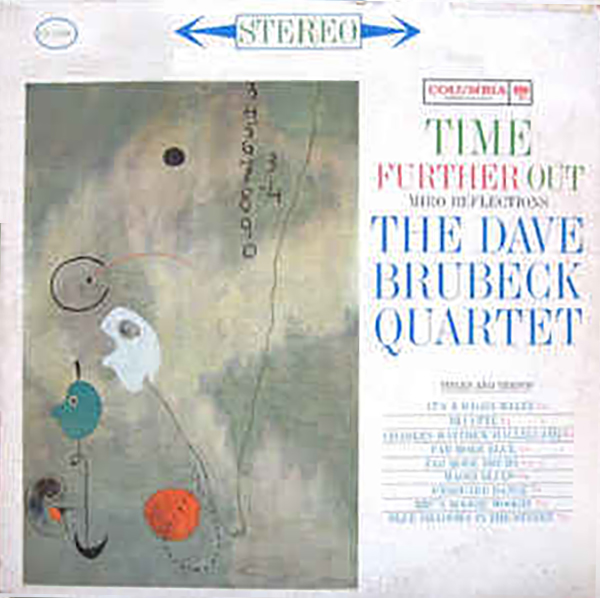 Time Further Out
Once I had the Marantz NR1200 hooked up, I did a trial run. First, I made sure the Bluetooth was operating. I paired my iPhone to the Marantz and selected a jazz favorite, Dave Brubeck’s Time Further Out album. I was just checking to see that it worked, but I listened for a song or two because the reproduction seemed very clear and crisp.

The drums had a nice percussive pop, and the bass had good snap and control. This was a very promising start I thought. I let the Marantz run in for a few days before coming back for some critical listening by using some radio background music. Fortunately, our city of San Antonio has some wonderful radio stations. One of my favorites is KRTU, a mostly Jazz oriented station located on the campus of Trinity University. I was able to get a strong signal from the Marantz NR1200 tuner and I just dialed it in and used it for background music listening. 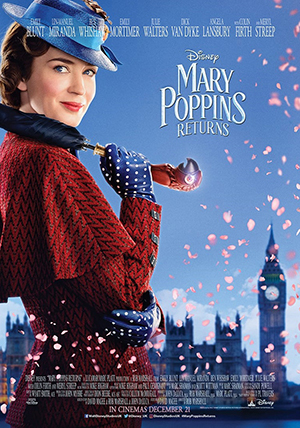 Mary Poppins Returns
I next tried streaming via the Amazon Fire Stick. The new Mary Poppins movie, Mary Poppins Returns, was available, and I decided this would be a fun watch with my beloved wife. When I watch movies, I am most interested in the reproduction of the voice and the clarity, since the voice carries the narrative and story. I found the reproduction very crisp and clear. Even during the scenes when the soundtrack had effects and music, we were able to listen comfortably without turning up the sound uncomfortably.

During the musical numbers, the sound swept us up in the emotion and flow of the music. The Marantz NR 1200 did a nice job of controlling the B&W CM6 speakers. At no time did it seem like the Marantz was running out of power. 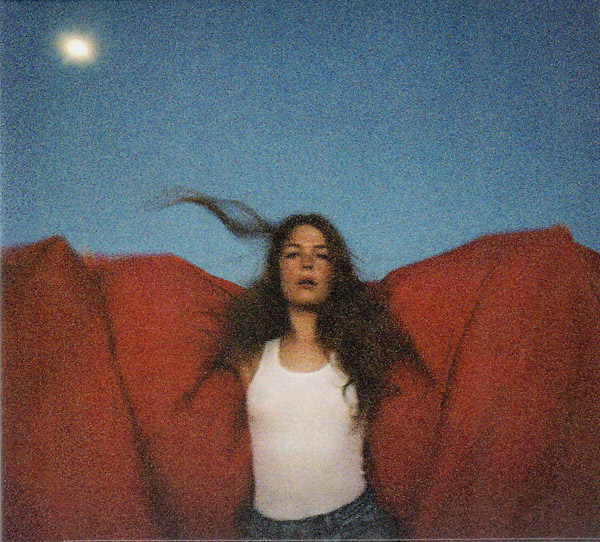 I looked for tickets, but they were sold out, darn! The concert, however, is available through clips on YouTube. I recommend the live concert as a good intro to Maggie Rogers and her music. 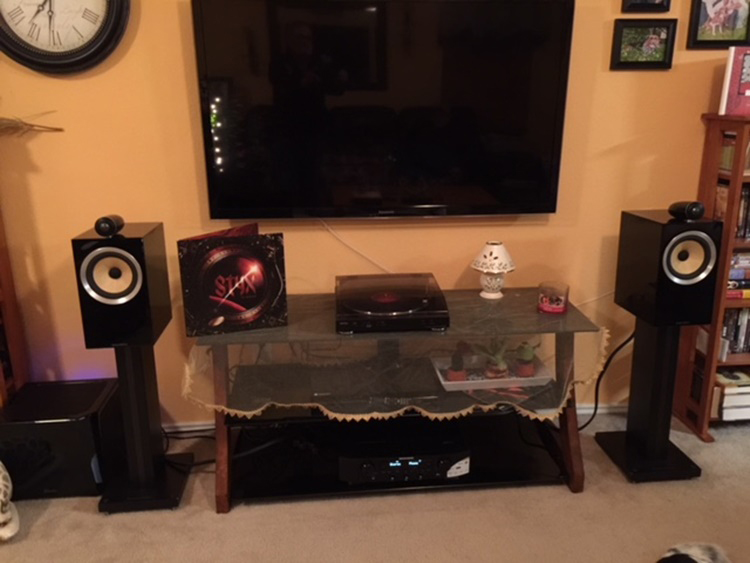 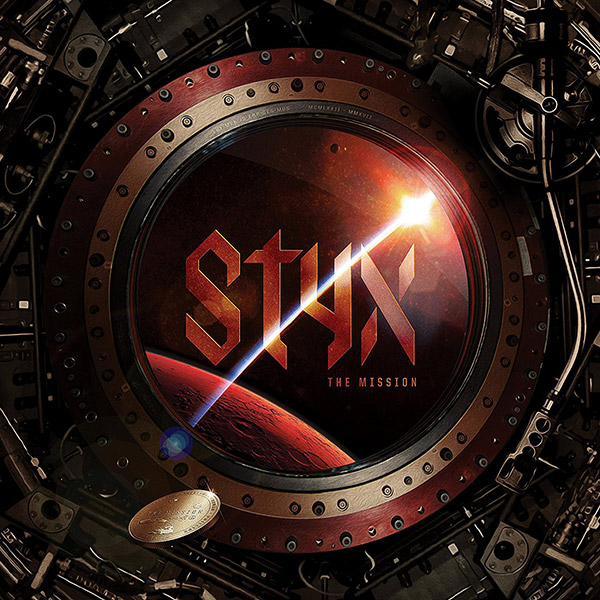 Styx “Styx The Mission”
As soon as Travis came over, I poured him some Jose Cuervo tequila and I connected the turntable to the Marantz. Travis is pretty much a rock music guy, so I decided to play Styx’s latest record, The Mission. From the very outset, things were very good. Shockingly good in fact. Bass was punchy there was a good body to the music. Then I began to turn up the volume and we sat through the entire side enjoying every minute.

Now, I have been spoiled by my Rega turntable with moving coil cartridge, so when I heard the modest Denon/Marantz combo on the system just rocking out, I was impressed. The soundstage was big and wide. The B&W CM6 and GoldenEar subwoofer seemed to disappear more. On certain tracks, it seemed like there were additional speakers because sounds seemed to come from other locations in the room and or another room. Detail was very good. At the end of the side, my lasting impression was that of a very musical performance from the Marantz NR 1200. I had the volume at a high level. So much so that Travis and I had to shout in order to communicate and we were sitting next to each other. Despite the high- volume level at no time did the sound become harsh or hard. The Marantz NR1200 had enough juice to keep everything under control. 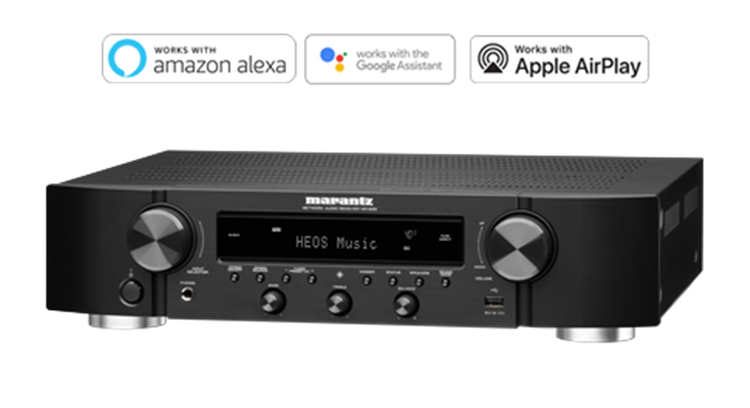 The MARANTZ NR1200 is like a Swiss army knife of receivers. In one very affordable box, you get the flexibility to stream music, the ability to integrate with video, and enough power for all but the most power-hungry speakers in the largest rooms. It also has very good sound.

At the beginning of this review, I wondered if this new Marantz receiver could stand in comparison with the legendary Marantz receivers of the past. Much has changed since the 1970s when stereo receivers were king. The receivers of the past were a one-box wonder that housed the pre-amp, amp, and tuner. A potential Marantz customer would need not much more than a pair of speakers to have music at home. With all the technological advances today, the Marantz NR12000 has accomplished the same feat. It has done so and at a bargain price considering the sound quality and the many useful features.