Up NextCLEER FLOW II WIRELESS NOISE REDUCTION HEADPHONES
Cambridge Audio takes a stab at a set of wireless earbuds and hits it (almost) out of the park.

Cambridge has decided to wade into the already crowded pool of wireless HiFi earbuds. Their unique selling propositions. Ridiculously long battery life, a rock-solid connection, and amazing sound. Cambridge has a well-established reputation for producing quality gear that doesn’t require you to put a second mortgage on your home to afford it. I own a few of their pieces, the CXA 60 amplifier paired with the CXN Network streamer alongside the Yoyo L Bluetooth speaker. I love them all and will admit being a big fan of their sound and industrial design. It’s all very clean, well thought out and pretty to look at. So when I saw they had released the Melomania 1, I was curious to see if these earbuds upheld the high standards that I expect from Cambridge. 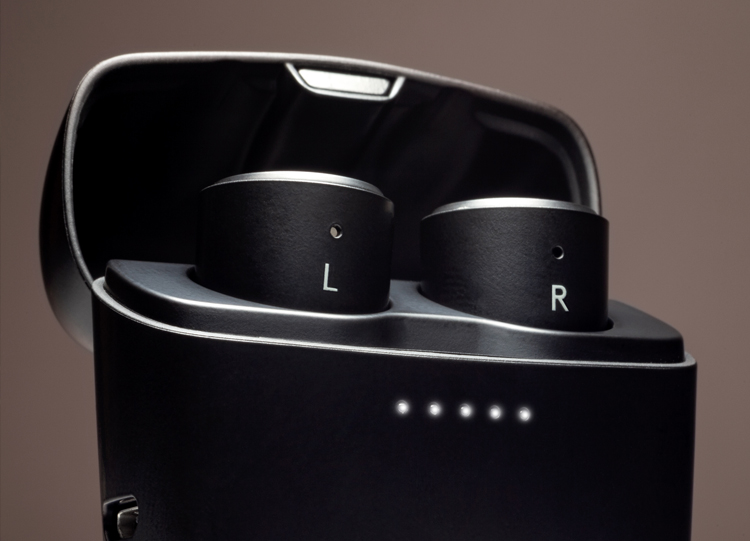 So first a bit of a disclaimer, the first pair of Melomania I received was a bit of a disappointment. It was all highs, zero lows and not what I was expecting from a brand like Cambridge. So, I reached out to see if the first pair I got was a dud. Cambridge happily sent along another pair that this review is based on.

The Melomania 1, the latest offering from Cambridge Audio, is named after the live music venue on the ground floor of Cambridge Audio’s London R&D center and sets a nice high-bar for ear-buds in this category. They run you USD $129, which isn’t cheap but doesn’t place them into the middle-sphere of reference HiFi earbuds either. In this offering, Cambridge has decided to tackle head-on some annoyances of wireless earbuds, namely, crappy battery life, tinny sound, and bad connections. And for the most part, they’ve succeeded. 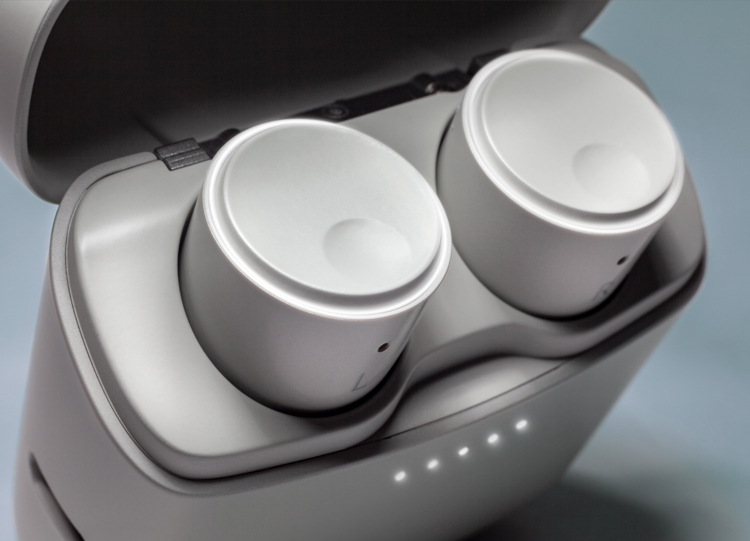 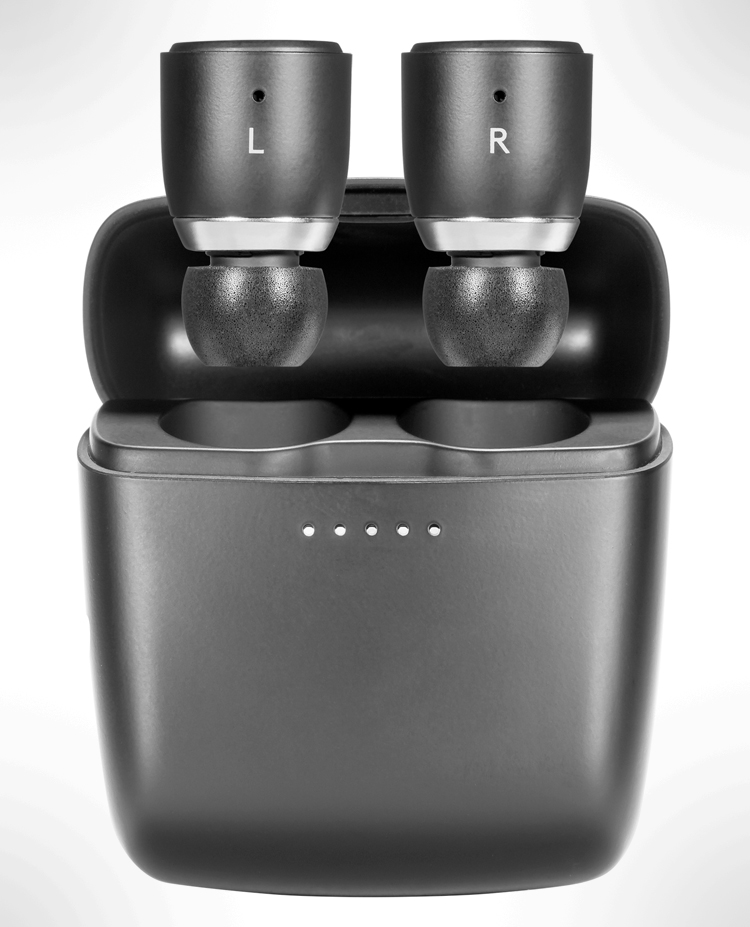 As with all of Cambridge’s products, the Melomania 1 are wonderfully packaged. The VHS format (remember those?), cardboard package with the matte-black box features a side magnet closure, full-color graphics, and a silver-stamped foil logo. It’s all very well presented. Nestled inside you’ll find two earbuds and a charging case. The inside cover features a personal letter from Cambridge’s CEO James Johnson Flint. He’s even left his personal email for feed-back (nice touch!). Remove the earbuds and below the housing are the accessories; a micro USB cable, different sized earbuds, instruction booklet, stickers, and brand book.

Onto the product itself, the Melomania 1 arrived in their ‘stone’ color, a nice change from Apple standard white or audio standard black. Admittedly, it’s not my favorite color choice, but it reminds me of PCs of old, before the emergence of Apple’s design renaissance. It’s just kind of, meh, but the design itself makes up for it though. The earbuds are tiny, weighing in at just 4.6 grams each. The case is almost as light weighing in at 37 grams. This to say the whole package is compact. Cambridge also supplied two different sized silicone carrying cases which slip easily on and off the charging case. There are 6 different colors to choose from, and I just seem to like the orange one. I don’t use it mind you, as I keep the case in my bag.

The charging case flips open from the top and seals tight magnetically. The two buds magnetically snap into place easily. And a 5-light LED indicator lets you know how much charge remains in the case. The left side of the case features a micro USB slot for changing the whole case. I’ve read other reviews lamenting the inclusion of micro-USB. I’m not one of those people. Sure, the most up to date techie would love to have USB-C, but me, I have so many other devices that use micro-USB, it is a non-issue.

The earbuds are chunky, yet tiny bullet-shaped beauties. They have just one multifunction button each on the outer side, shaped to look like Cambridge’s logo. The touch-sensitivity doesn’t require a hard press, rather a light one and it doesn’t interfere with playback. The button is surrounded by a thin indicator light. There is a metal strip running around the earbuds which ensure a charge every time.

Using the earbuds for me was a bit of a challenge. I must have really small ear canals because I have trouble with just about every earbud I’ve ever used. Luckily Cambridge supplies three different sizes of silicone and black foam tips. The foam tips were the smallest and the only ones that fit me. With those, I’m able to screw the earbuds into my ear canal. Sexy, I know. They’re a tight fit but comfortable enough to wear for a long period. For the first day, I found myself fiddling with the fit, but realized once in, they’re in.

Pairing the earbuds requires a simple press to turn them on, and then selecting the Melomania via the Bluetooth selector on my iPhone. You only have to set up one earbud, the other pairs automatically. The connection is made via Bluetooth 5 AptX, AAC and SBC, The range is good as well, I was able to run around my kitchen without having to have my phone on me at all times.

Supplied along with the material is a quick card guide to get a handle of the basic functions which I regularly forgot to bring with me. The functions take a bit of time to get used to especially without the cheat card. Press either the left or right button to PLAY or PAUSE. A double click on the right bud skips to the next track and a double click on the left takes you back. I found that pressing the buttons messes with the fitting, and I was already worried about them possibly falling out. In the end, I didn’t use any of the earbud functions as I (out of habit) just use my phone for that sort of thing. 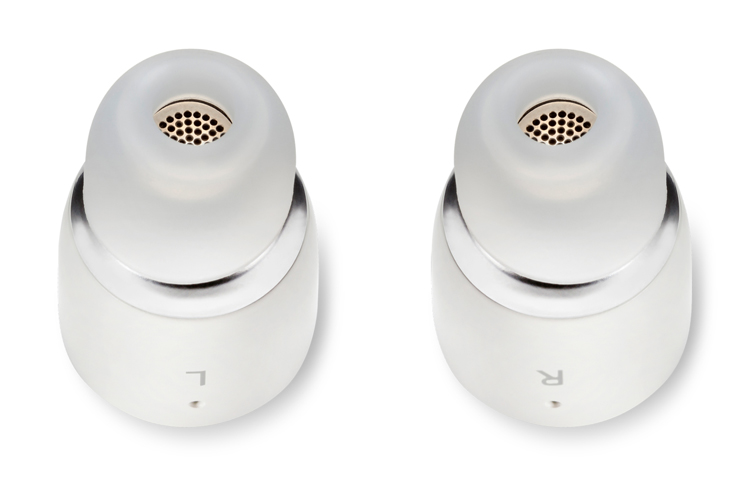 First impressions of the second pair of Melomania 1 was a real treat. The sound to my ears was astonishingly good. I was wary of testing out a pair of earbuds as my choice commuter earphones are the B&W P5 wireless. But the Melomania hold their own. Cambridge refers to the Melomania 1 as “in-ear monitors”, which translates to a neutral sound. Tracks like ‘Certain Things’ by Lyves sound full and rich while her voice is beautiful and clear without being too bright or shrill. The bass isn’t lacking and is well articulated and substantial without being overblown. As in-ears, I erred on the side of reigning in the volume to about 60-70% on my iPhone. I could hear the music clearly while hearing just enough from the outside world as well.

The Melomania 1 doesn’t have an app of its own so there aren’t any sound modes apart from whatever device you’re using. The omission of a proprietary app is a boon, to be honest, and the last thing I want is yet another app on my iPhone. I left the EQ on my iPhone 8 off as I enjoyed the sound I was getting. 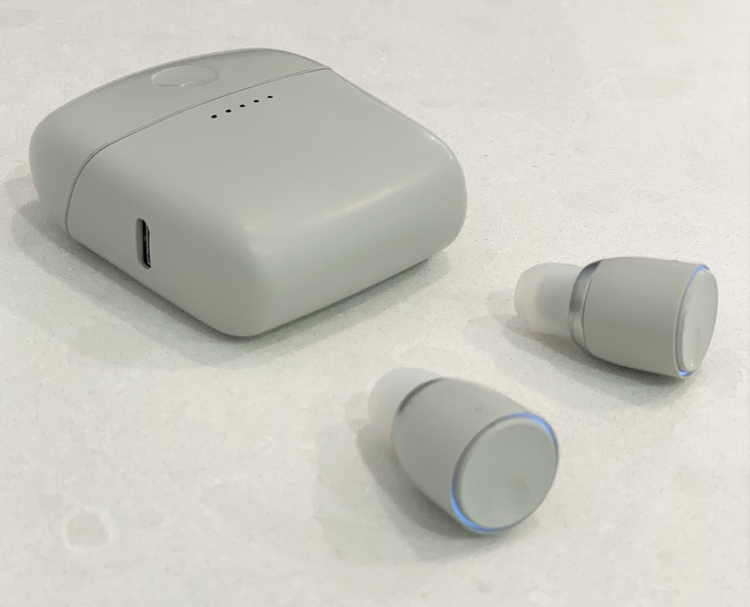 As I mentioned, I had the Melomania with me on my commute. The snug fit aside, I enjoyed having them with me. I did notice however that when the train got packed, like sardine packed, I had connection issues. I assumed interference from other Bluetooth devices made my connection drop out. And when it did, things got shaky. I would have to disconnect and re-pair the Melomania 1, sometimes more than once. And on more than one occasion the earbuds would go out of sync by a fraction of a second making for some un-fun listening. On a crowded train, you don’t want to fumble around with tiny earbuds so you’re SOL until the train clears.

For those looking for a pair of earbuds for workout, you should be all set with these. I say ‘should’ only because I wouldn’t. I can’t wear earbuds and so much as walk briskly without hearing the heavy sound of my footsteps echoing in my ear. It’s not just the Melomania, it’s ANY earbud. I have some friends who swear by earbuds at the gym or on runs. But not me, so I’m not the person to recommend yay or nay on the matter.

Lastly, phone calls on the Melomania just sucked. While I was able to hear the caller quite clearly, conversely, people on the other end couldn’t make out anything I was saying. I even tried a personal banking call. The annoying voice assistant couldn’t hear me answering the prompts and I had to disconnect the Melomania to do so. I wouldn’t use these for calls. Ever. Just for listening. 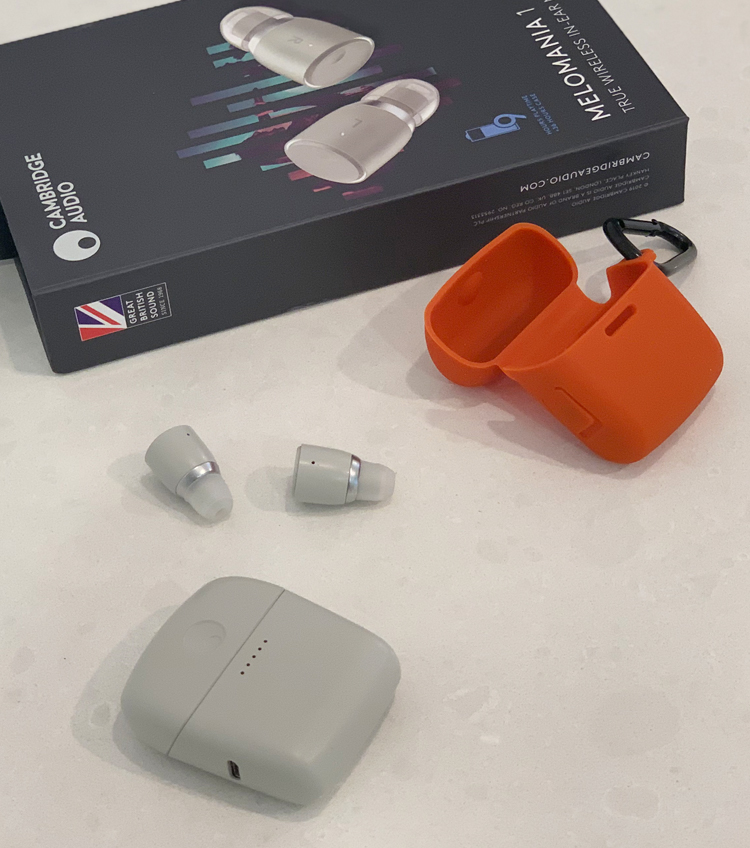 The battery life is everything Cambridge has touted it to be. I’ve only changed the case once or twice in the past month. My commute is about an hour each way during the week and I haven’t ever had a low battery warning. I certainly haven’t used the earbuds for nine hours straight before inserting them back into the case, so I can’t attest to the 9-hour figure being accurate. But I think I’ll have to take Cambridge’s word. If you were looking to get away for the weekend, I doubt you would need to bring the supplied cable with you, 36 hours of charge has you covered. 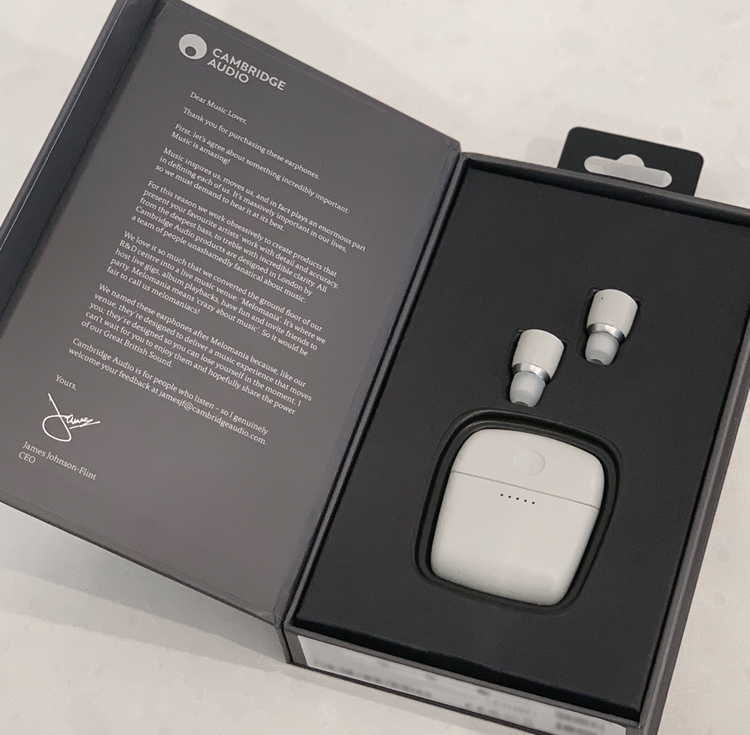 At $129 these in-ears are not cheap. However, Cambridge has once again brought the goods in terms of amazing sound, and the seemingly endless battery life makes them great for commuting, and weekend getaways. I’d say that if calling isn’t essential, these are a good buy.

So phone calls are terrible and there are some connection issues. Alternatively, the product is well-made, thoughtfully designed and most importantly, great sounding. I would imagine that Cambridge is already hard at work looking to perfect some shortcomings of Melomania 1. The 2nd generation, assuming there is one, is sure to be spectacular.